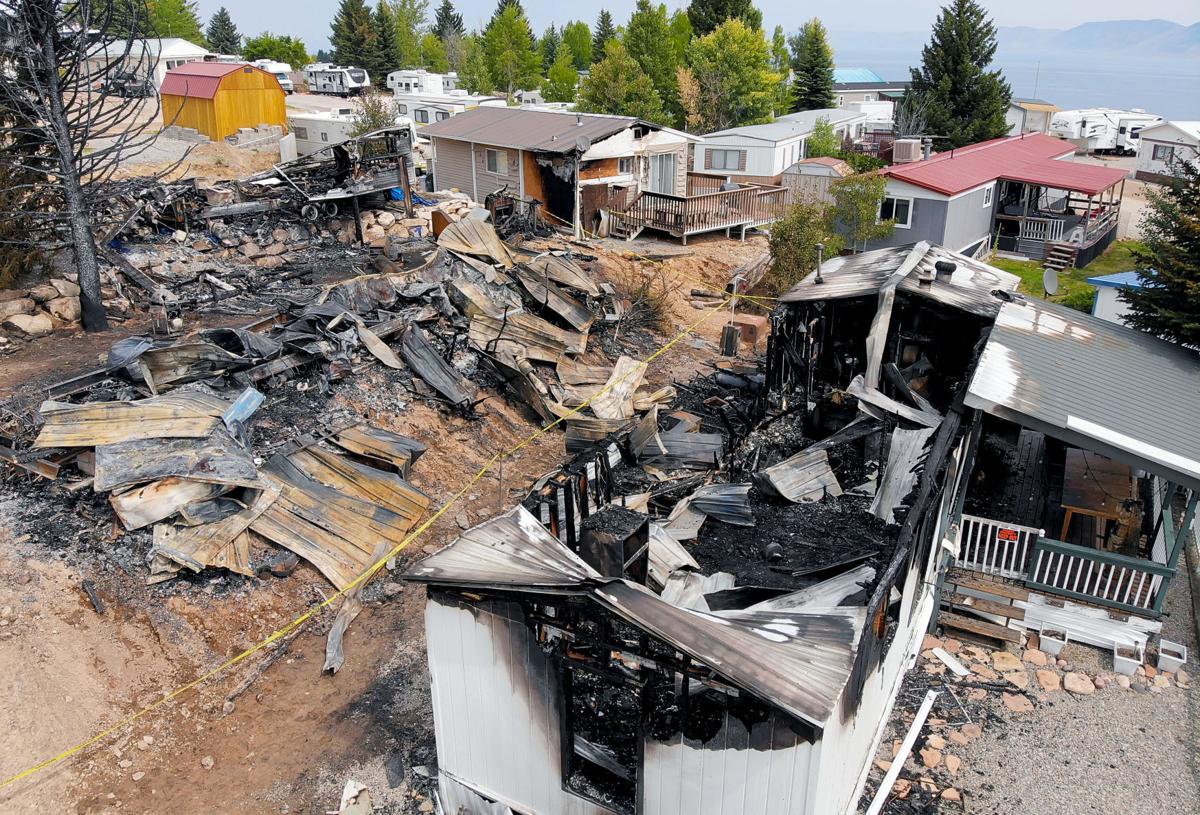 Multiple trailer homes and one fifth wheeler were destroyed in a fire that happened on Saturday night near Garden City. 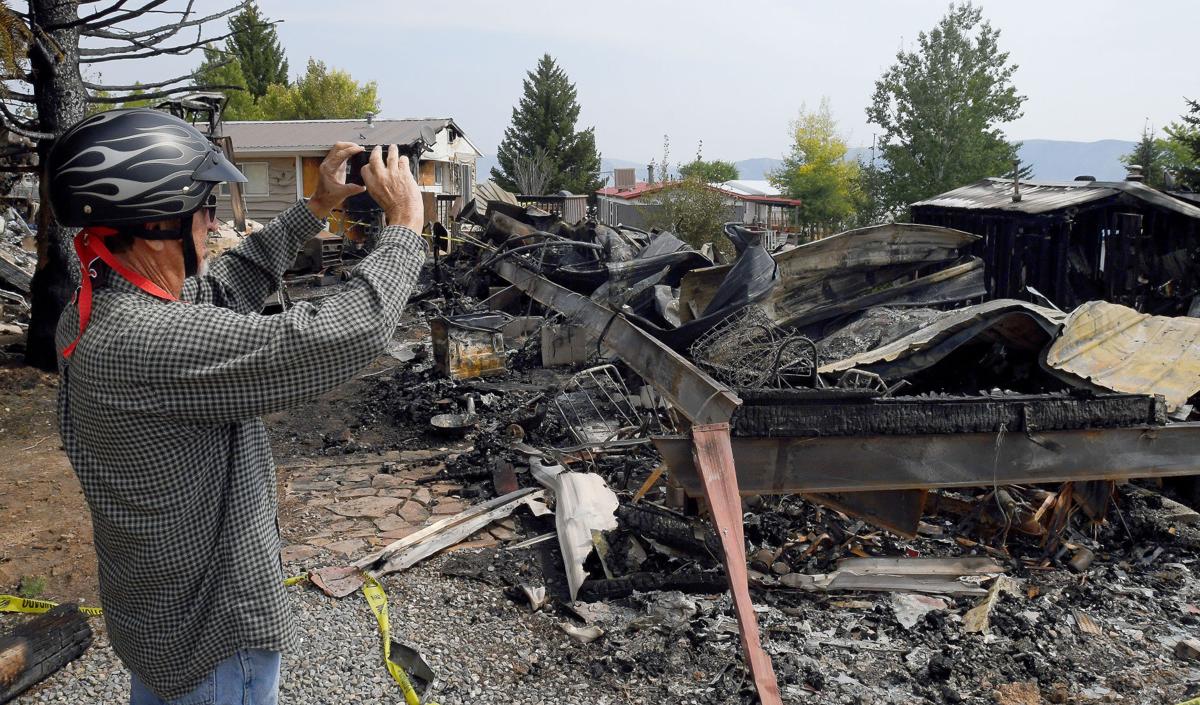 Bob Petersen, who lives nearby, takes a photo of a burned trailer home on Monday near Garden City. 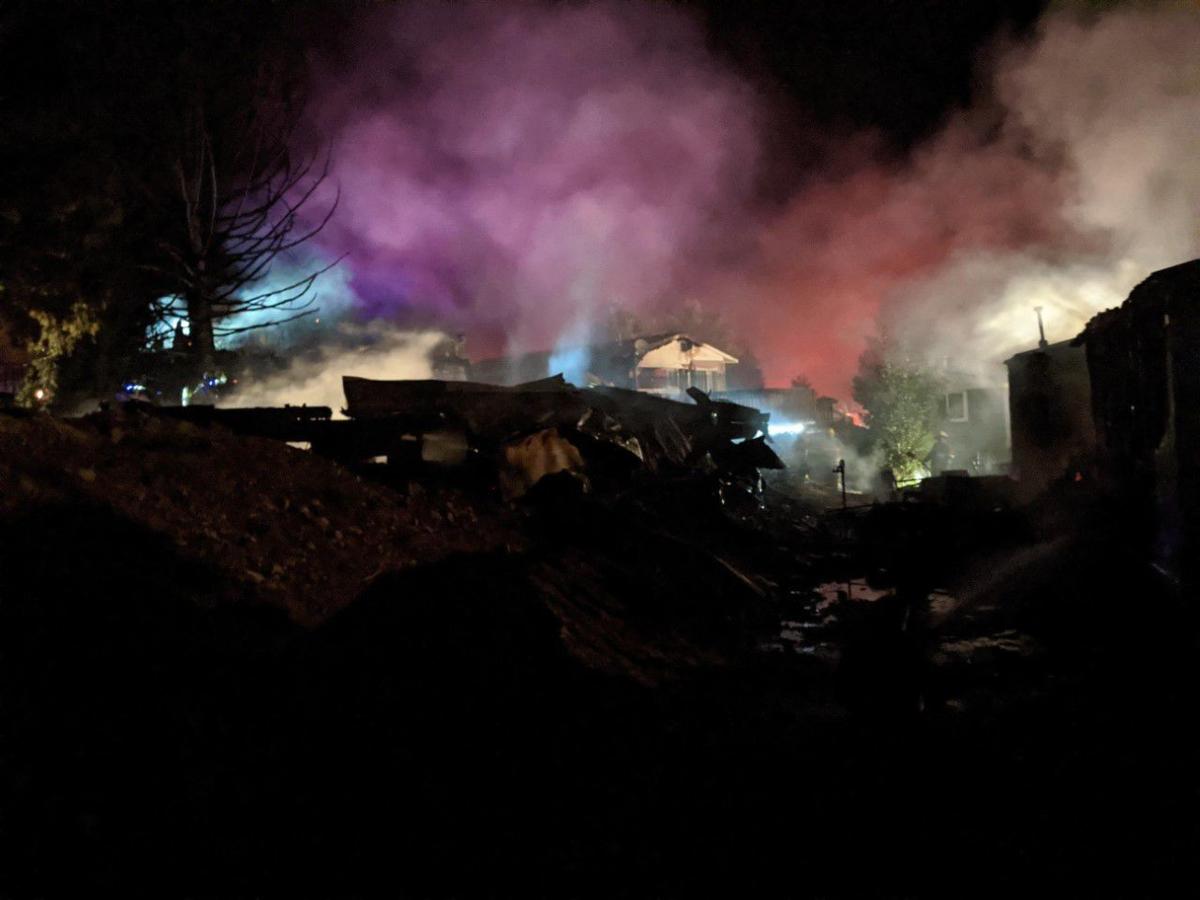 Multiple trailer homes and one fifth wheeler were destroyed in a fire that happened on Saturday night near Garden City.

Bob Petersen, who lives nearby, takes a photo of a burned trailer home on Monday near Garden City.

A serene view of Bear Lake was eclipsed by an “incredible” fire on Saturday night, according to locals of the Sweetwater Trailer Park subdivision in Garden City.

Carol Vigil, the president of the board of the Sweetwater Ridge homeowners association who has lived in the area for about 20 years, said her husband initially noticed the flames and concluded it was a bonfire.

The couple jumped on their golf cart to assess the damage and found the homeowner trying to extinguish the flames with a garden hose. Carol said one of the neighbors had to physically restrain the homeowner from trying to reenter the blazing home to salvage his possessions.

Carol said she heard at least five explosions during the incident but heard from neighbors there may have been more.

Tio Vigil, who has lived in the area for over 20 years, said the homes in the area are largely used for summer and weekend getaways by their owners. Tio said he was evacuated for a period of time but still observed the fire.

“It’s a pretty close community,” Tio said. “It was scary.”

Tio, who has a home nearly 75 yards from the now burned lot, said he heard three explosions that shook the windows and could even be heard downtown. Tio felt the heat from the flames from his porch, he said. At one point, after noticing stray sparks in the air, Tio said he took a hose to his neighbors quaking aspen tree to prevent it from catching fire.

Tio said the response from the firefighters, who are in large part volunteers, was impressive.

“The firefighters did an amazing job to save this place, really,” Tio said. “They need to be praised.”

Carol also championed the efforts of firefighters, who successfully contained the fire and prevented any more damage. Carol said Saturday’s fire is the reason why regulations in the area exist, determining what can be built on lots.

“These places are so close together,” Carol said. “And, of course, they’re mobile homes, so they burn easily.”

Rich County Sheriff Dale Stacey said the fire started near a trailer and led to propane tanks of various sizes exploding. Stacey said the cause of the fire is still being investigated and currently unknown.

Stacey said this fire is one of the worst fires he’s seen in the area.

According to a press release from the Garden City Fire District, firefighters responded at approximately 8:55 p.m. to a fire that was at least partially initiated by propane.

“During the course of the fire, several large explosions caused by multiple propane tanks shook the immediate vicinity and multiple smaller explosions as well,” the press release states.

At least 30 firefighters from multiple departments responded with eight engines, the press release states, and the fire was extinguished two-and-a-half hours later.

There were no injuries during the incident, and all homeowners were accounted for. Carol said there were a couple of wayward pets in the aftermath — a cat and a dog — but they were ultimately returned home.

In all her years in the area, Carol said she had never seen anything quite like Saturday night.

“I don’t want to see it again,” she added. “I’ve never seen anything like that — ever.”