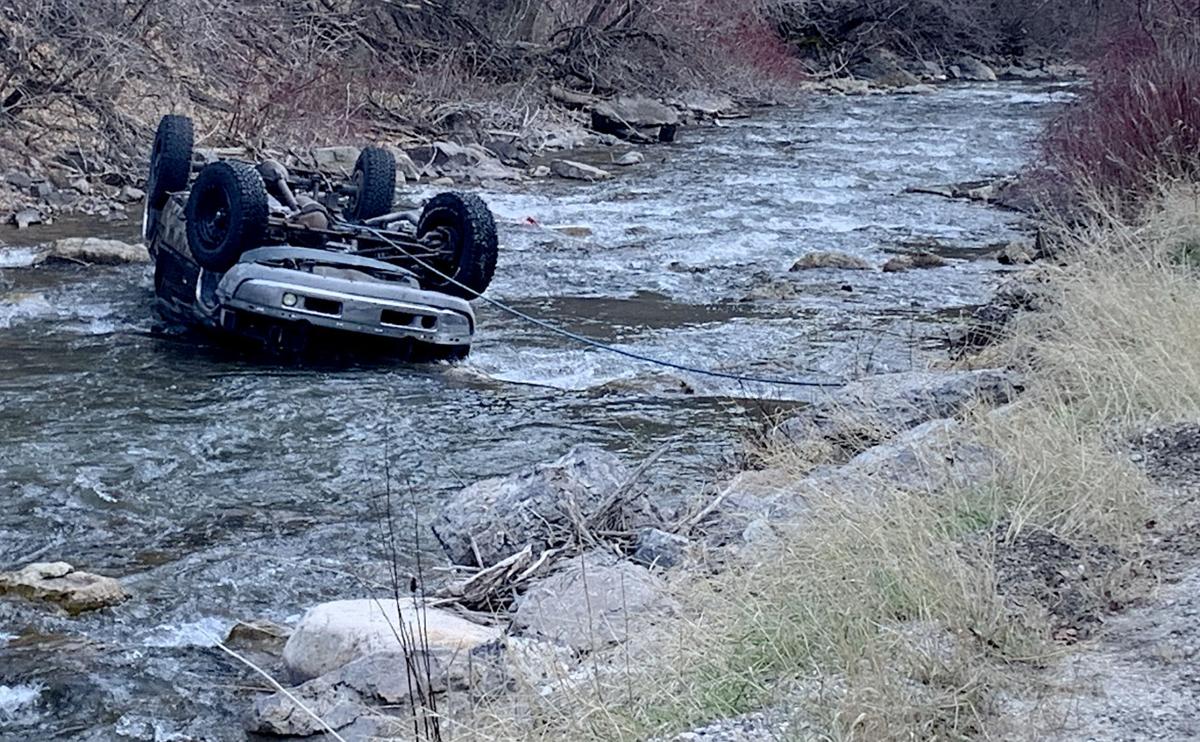 A cable is attached to a Dodge pickup that rolled into the river in Logan Canyon on Saturday evening. 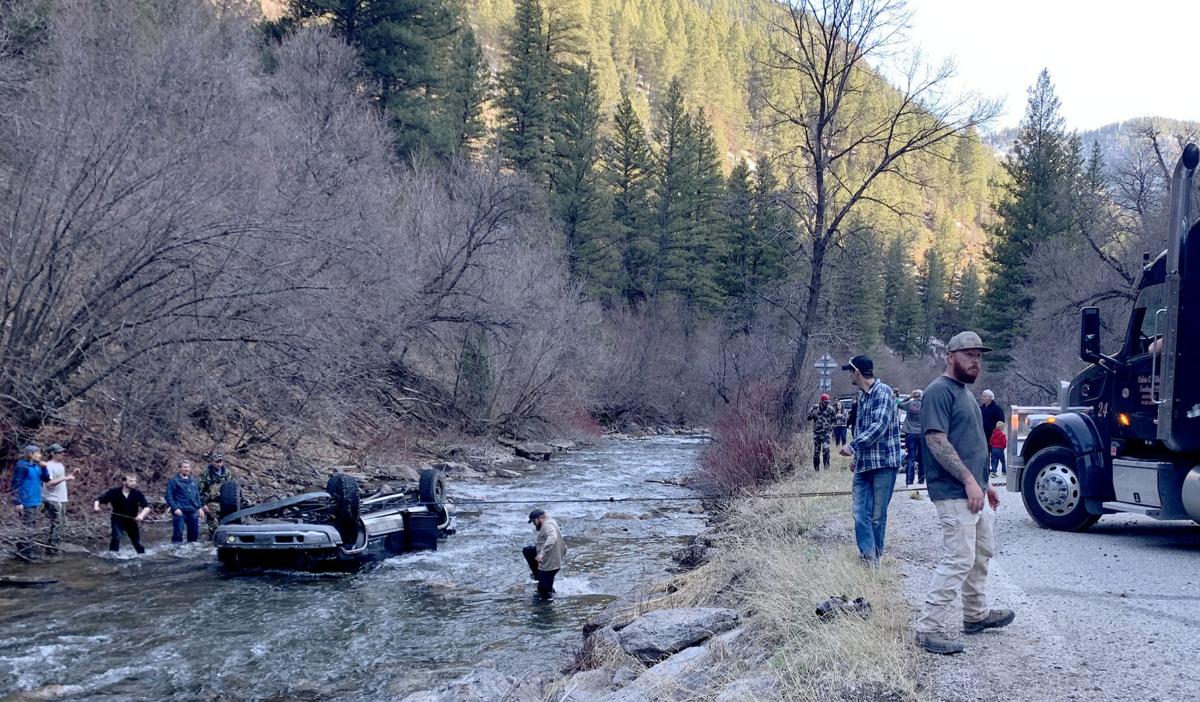 Bystanders assist at the scene shortly after a pickup truck rolled into the river in Logan Canyon on Saturday evening.

A cable is attached to a Dodge pickup that rolled into the river in Logan Canyon on Saturday evening.

Bystanders assist at the scene shortly after a pickup truck rolled into the river in Logan Canyon on Saturday evening.

Updated with new photos and information from the Utah Highway Patrol and bystanders.

The driver of a pickup truck that rolled from the highway and into the river in Logan Canyon on Saturday evening has died, according to the Utah Highway Patrol.

The Dodge pickup was traveling down the canyon in the area of Mile 473 when “for an unknown reason, the pickup lost control, traveled across the eastbound lane, and rolled into the Logan River where it came to rest on its top,” a UHP release states. The crash was reported at about 5:45 p.m.

The driver was stuck in the submerged cab until bystanders were able to pry it open and pull him out, UHP states. After responders arrived at the scene, the driver was transported to a local hospital, where he was pronounced dead.

The pickup’s passenger was able to escape the vehicle by himself and any immediately apparent injuries he had were minor, UHP states.

“Impairment is suspected to be a factor in the crash,” the UHP release states.

A medical helicopter was called as a precaution early on in the response but was cancelled at about 6:20 p.m., according to scanner traffic, as resuscitation on the driver was underway.

Traffic in the canyon was shut down until about 8:30 p.m.

Initial confusion among those first on the scene led to scanner traffic stating that the passenger was the one who was seriously injured, however, it was the driver who died and the passenger was observed to be conscious and able to walk shortly after the incident.