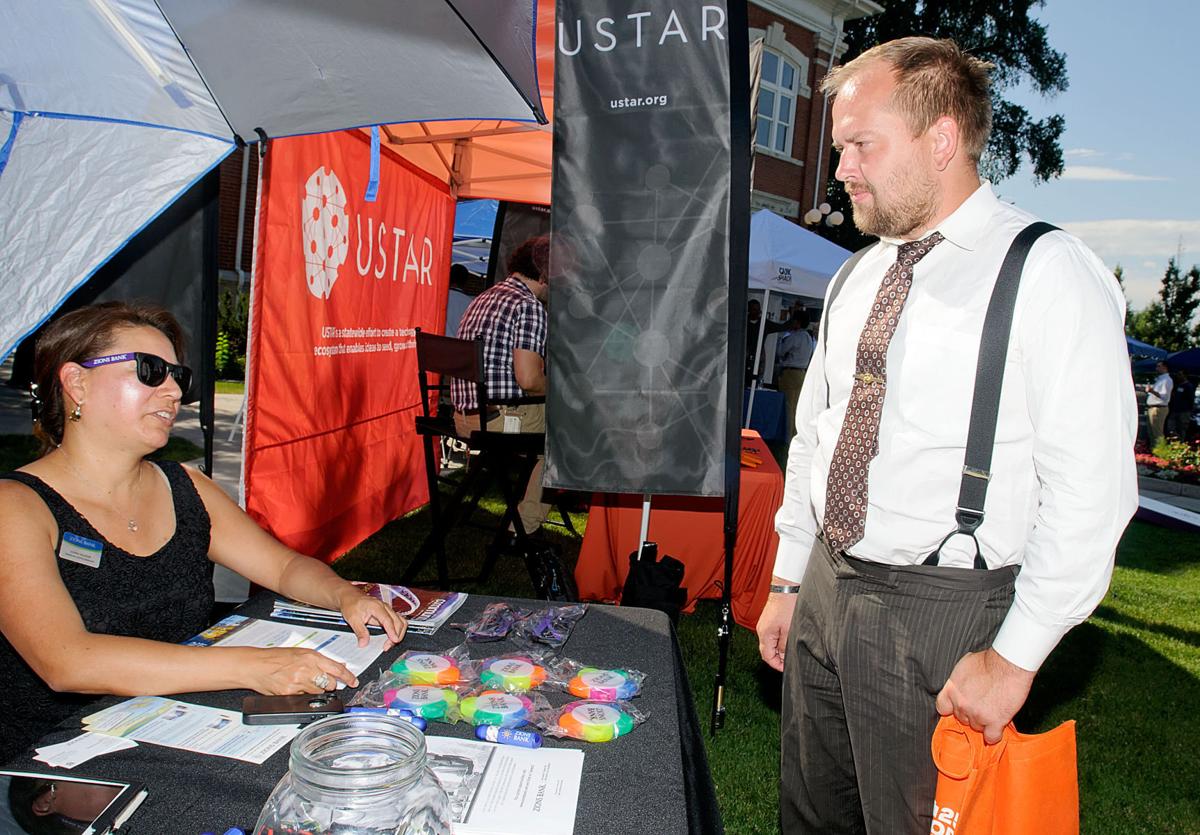 Samuel Reeder talks to Juana Salazar of Zions Bank during the 25k Jobs Launch Tour on Monday in Logan. 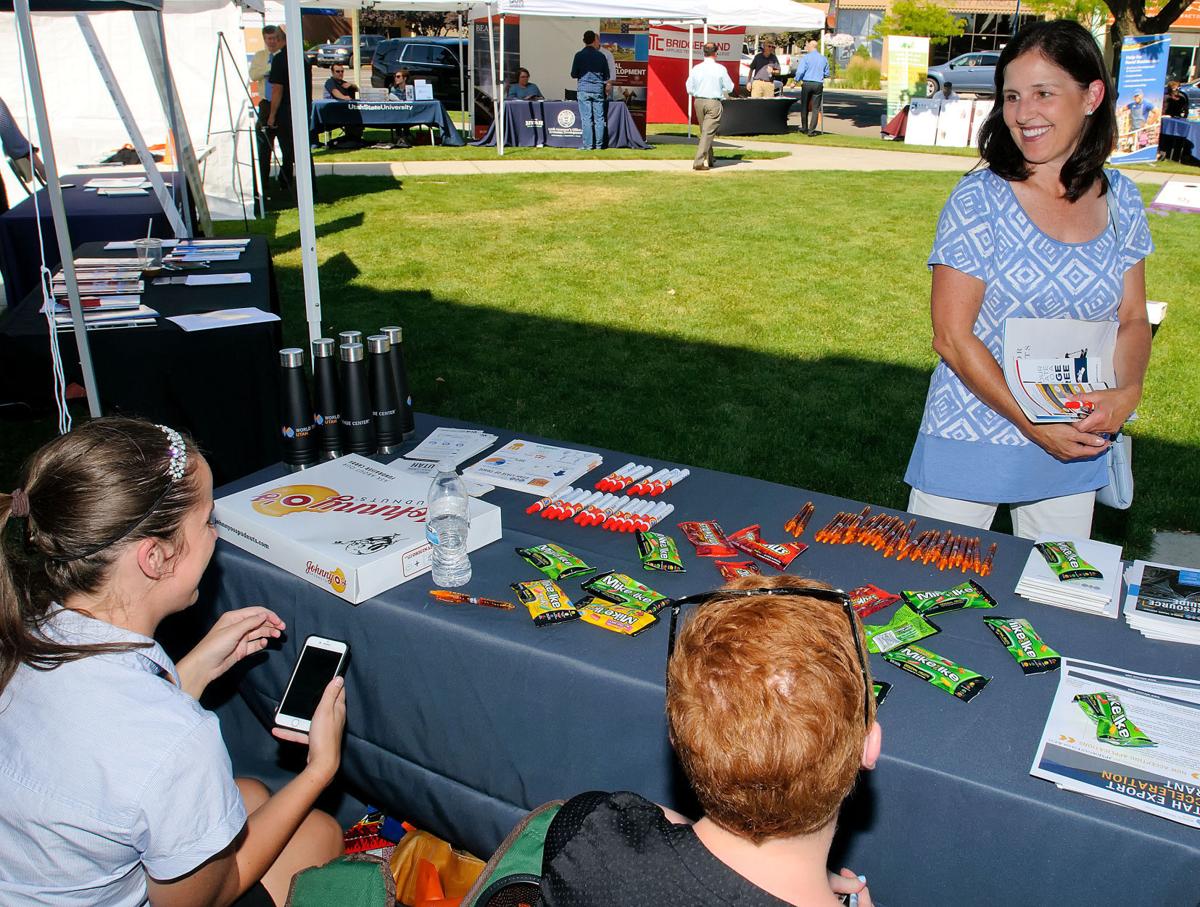 Samuel Reeder talks to Juana Salazar of Zions Bank during the 25k Jobs Launch Tour on Monday in Logan.

Providence resident Nathan Hills started his own business called Blue Turtle Computers just over a year ago to help people through technical challenges they might face with their devices.

For now, it’s just a business that he and his wife operate, but they hope to expand it by hiring more people in the future.

“It’s been a constant learning process as you make that leap to be self-employed. It forces you, by necessity, to learn those new skills that you need to,” Hills said on Monday. “Otherwise, you just go back and work for somebody — that’s boring, for me.”

Hills thought he could help find ways to hire more people by attending the 25K JOBS Launch Tour event outside the Historic Cache County Courthouse, 199 N. Main St., Logan. It was the start of an initiative by Gov. Gary Herbert to create 25,000 jobs in 25 of the state’s rural counties, including Cache and Rich, over the next four years.

“If the governor and the lieutenant governor want to have 25,000 more jobs, I want to grow my business,” Hills said. “So there’s going to something here that will help me grow my business so I can be part of that 25,000.”

A press release from the governor’s office regarding the initiative states that while Utah has “enjoyed economic prosperity,” some rural communities have “faced high unemployment rates.”

But data from the Utah Department of Workforce Services suggests Cache and Rich counties have relatively low unemployment rates.

In May, Cache County had a 2.8 percent seasonally adjusted unemployment rate — down less than a percentage point from May 2016.

Rich County had a 3.6 percent seasonally adjusted unemployment rate in May — up less than a percentage point from May 2016.

According to the same set of data, Wayne, Garfield and San Juan counties all had seasonally adjusted unemployment rates of over 7 percent in May.

“It’s a very different conversation, but it’s an important conversation that we don’t treat every county in rural Utah the same,” he said. “Certainly Cache, Washington and Rich counties are counties that are on the top-end of the rural counties, are performing very well and have a different set of challenges.”

Cox noted in Rich County, where Bear Lake is a popular summer vacation destination, activity booms in the middle of the year but not so much for the rest of the year.

“They’re looking for more sustainable jobs, more year-round jobs,” he said. “More like the jobs we have here in Logan.”

Cox believes for Cache County, challenges include infrastructure, as the flooding earlier in the year caused millions of dollars in damages.

The lieutenant governor said four years from now, Utah officials will be curious about job numbers to see if the 25K initiative worked.

“Right now, unemployment is low, but we want to sustain that,” Cox said. “When businesses are looking to grow and expand, we want them to be thinking about here — we want them to think about Utah.

He continued, “We want our businesses to sell their goods and services across the country and across the globe — that’s one way we expand.”

Sandy Emile, president and CEO of the Cache Chamber of Commerce — a supporting organization of the tour — praised the lieutenant governor and World Trade Center Utah’s efforts on Monday to “support our future economic vitality and health of our business climate.”

The evening event at the Historic Cache County Courthouse brought representatives from over 20 organizations to talk to people to help them get a job or find ways to expand their own businesses.

But there were also organizations from outside Cache Valley representing as well. Max Backlund, director of public development for the Economic Development Corporation of Utah, helped bring a company based in California, Electric Power Systems, to set up shop in Logan.

“We were competing against Los Angeles and Phoenix on this project, and we provided them data and research that showed them Logan was a better option,” Backlund said.