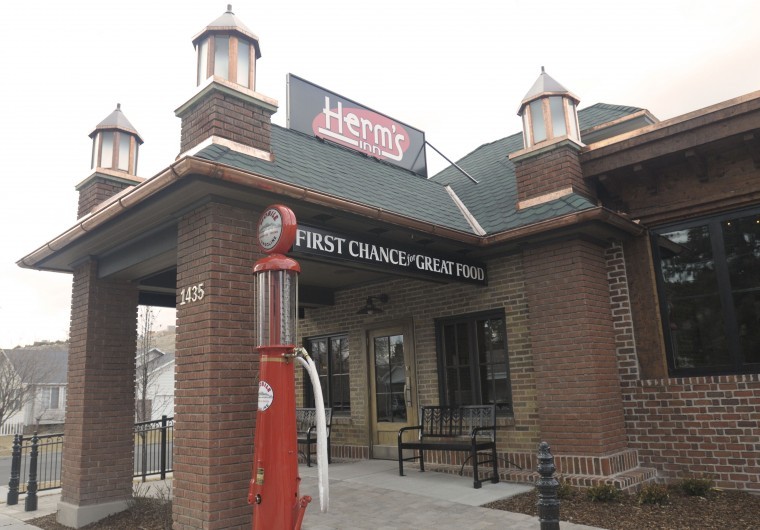 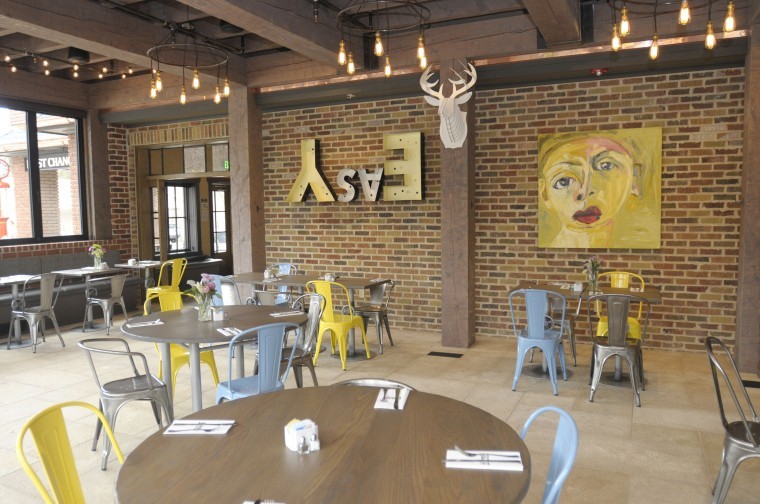 A view of the dining area at Herm's Inn on Canyon Road. (Jennifer Meyers/Herald Journal) 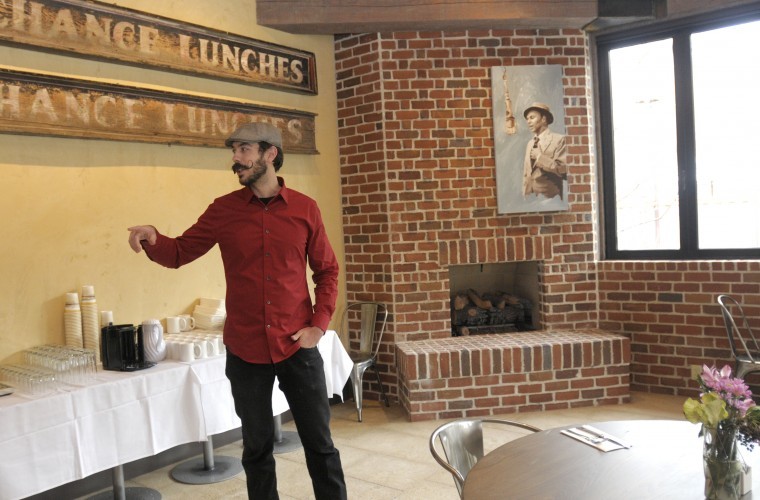 A view of the dining area at Herm's Inn on Canyon Road. (Jennifer Meyers/Herald Journal)

From about 1926 to 1948, Herm's Inn was a place that welcomed patrons to the smell of hot hamburgers and hand-cut fries, 2-pound T-bones with fresh veggies, fresh butter churned on the premises, and sweet pie with homemade ice cream.

But for the better part of 70 years, the building, located at 1435 E. Canyon Road in Logan, stood dormant with no one willing to turn it around. It had become a dilapidated brick building, part of the yesteryears of Logan's history.

Sometime in a few days, Herm's Inn, named for its proprietor, Herm Johnson, who emigrated from Sweden, will open its doors under new ownership - with an "old fashioned, modern" look.

Ryan Bird, the restaurant's manager, moved from Salt Lake City to Logan to open Herm's Inn. As someone who's been in the restaurant business for 10 years - doing everything from busing tables to hosting - he says he's ready to take on the challenge.

"It's just been (going) at 100 miles per hour to get it going," Bird said Tuesday while sitting in one of the sleek booths next to Herm's new bar. "The whole goal is to see the building return to what it once was. Once we came in and saw the building and learned what it was ... our goal became to make this place a part of the community again."

J.D. Barr contracted to do the construction work on the 0.34-acre property.

The building design, prominently shown on a sign outside the property, was completed by a Salt Lake City-based design firm, Robert G. McArthur Studios.

"It been amazing to see it transform; it's been a collaborative effort," Bird said.

Herm's Inn is complete with a main dining room, a bar, an enclosed patio with collapsing windows and a basement with a private dining and conference room for business.

Funky art and eclectic items, including two shoe shining stations, framed cartoon pictures of members of the Cup Saucer Club and a road bike that Ryan used to ride himself, adorn the building.

It also has a word-art sculpture with the word "Easy" upside-down - as in, "over-easy" eggs.

As for the menu items?

"Everything is fresh, and we try to buy as local as we could," said Bird, who says they will make their own "biscuits, sausage and syrup."

Even though the doors aren't exactly open to the public yet, Bird and employees have already had nearby residents try a sampling of the food as a way of thanking them for their patience with all of the construction work over the last few months.

"It was fun to get to know the neighbors," Bird said. "It was also fun to have the place smell like bacon and eggs instead of drywall and paint."

The property is owned by businessman Jim Laub, who told The Herald Journal last year he wanted to turn the building into a bakery or confectionery shop, but that his main goal, above all else, was to preserve the historically significant structure.

The initiative to do this project was spearheaded by Laub, who lives down the street. In 2010, the Logan Municipal Council voted to rezone the Herm's Inn area from single-family traditional to neighborhood commercial.

"I'm just excited to see the building come back to life and see people using it again," Laub said Tuesday, when asked about his reaction to Herm's Inn re-opening. "I think it turned out exactly the way I wanted it to. We were able to preserve the historical heritage of the building, but also at the same time provide for the future."

Laub is referring to several modifications the building had to undergo to meet current codes, the most significant being the addition of Americans with Disabilities Act-compliant restrooms, according to a report by Logan city planner Kristen Clifford.

Bird said he's optimistic for the new Herm's Inn success, and is looking forward to the official opening.

"We want to open the doors the right way and put our best foot forward," he said. "We want to give the best dining experience."