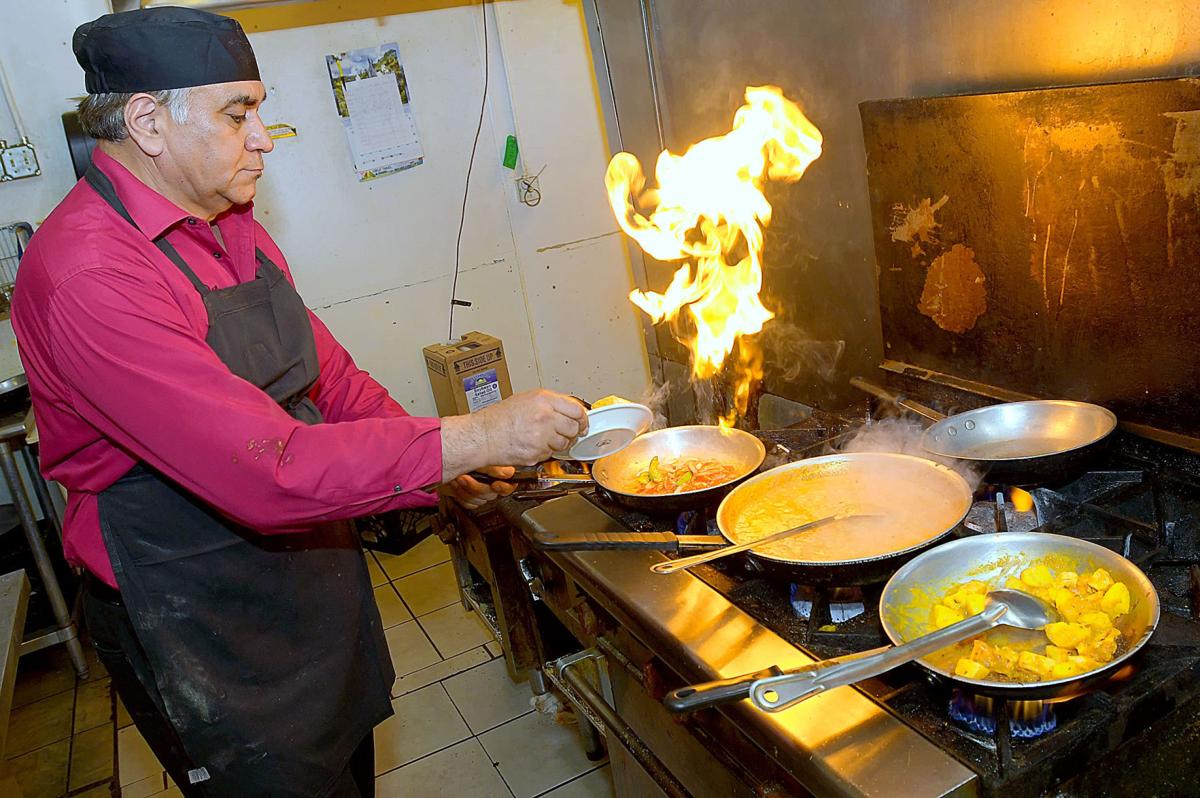 Ash Oberoi cooks food in the kitchen of the Indian Oven on Tuesday. 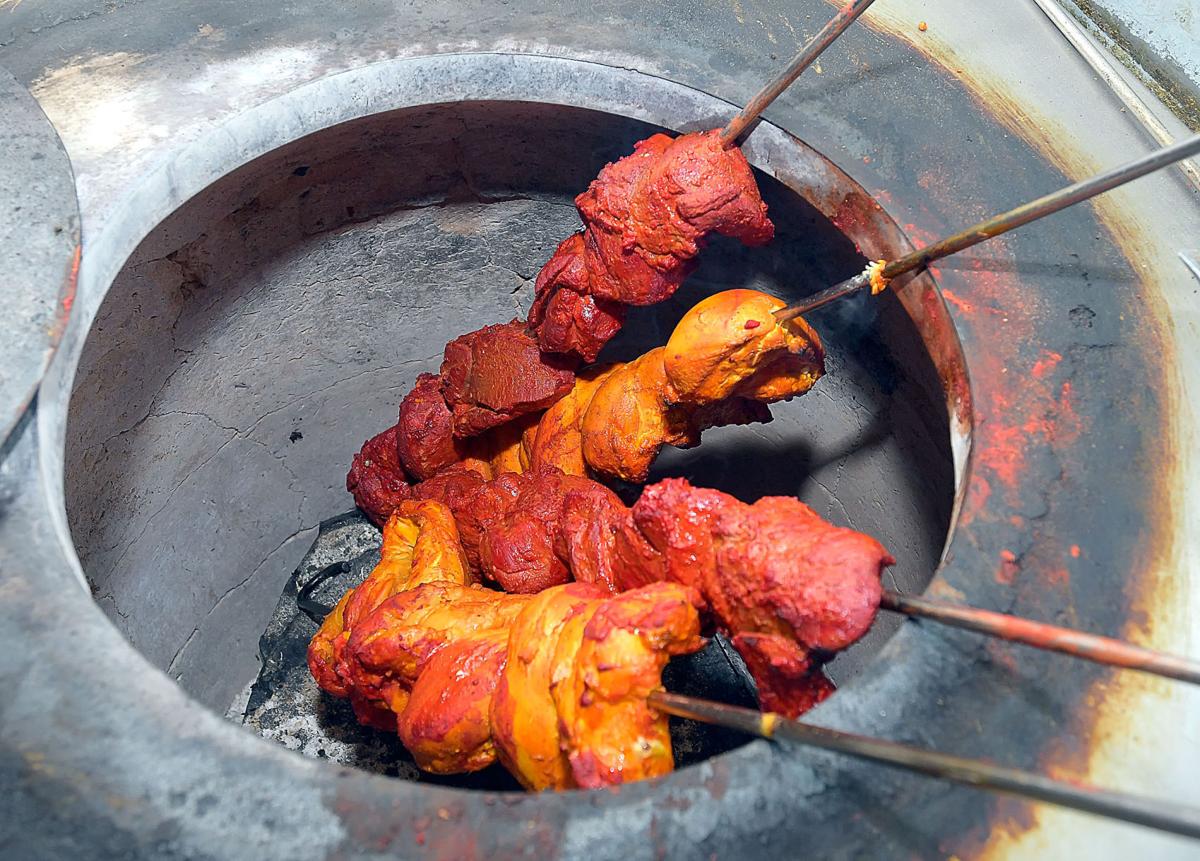 Chicken cooks in a clay oven at the Indian Oven on Tuesday. 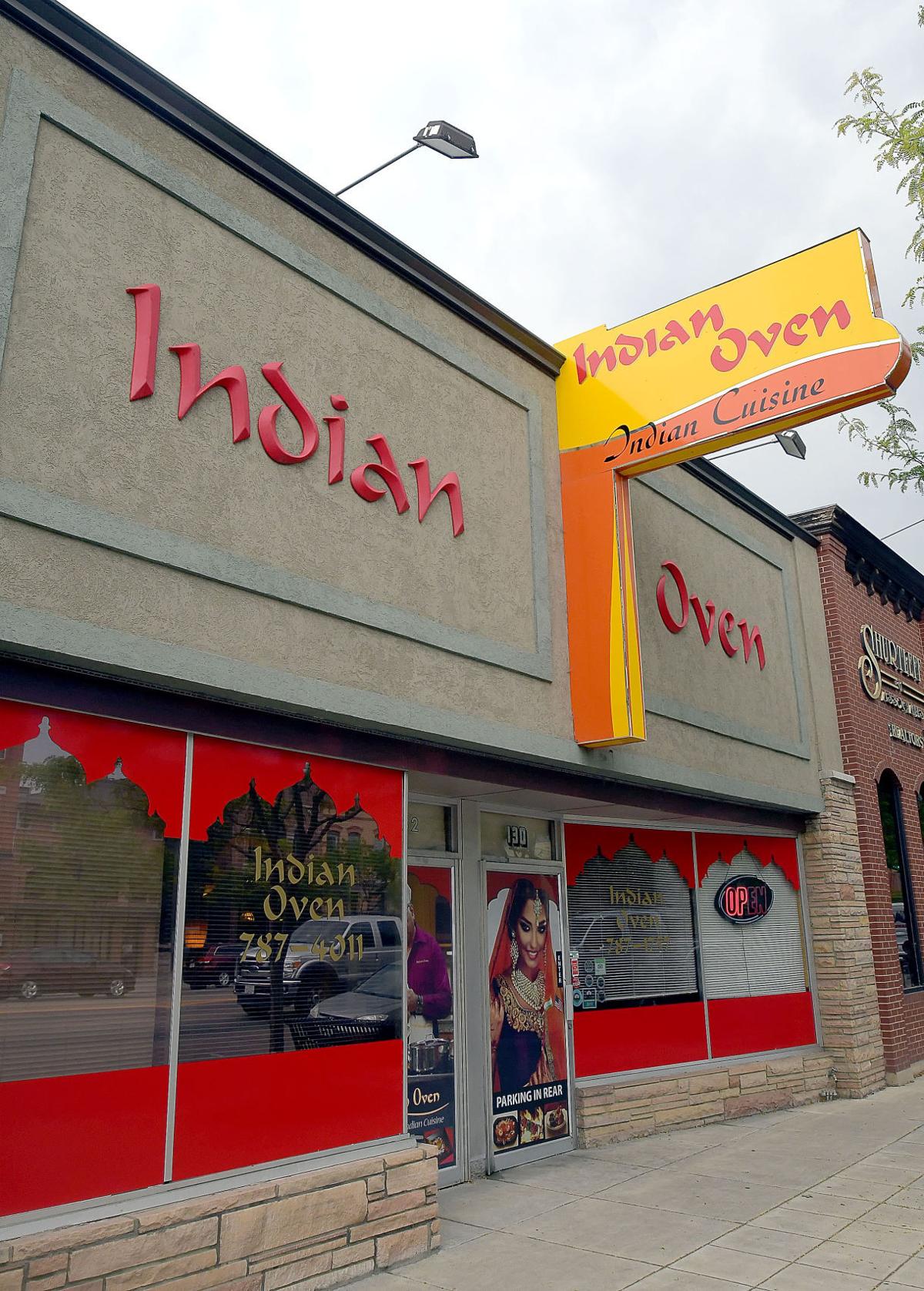 The Indian Oven on Main Street in Logan has been open for 10 years.

Ash Oberoi cooks food in the kitchen of the Indian Oven on Tuesday.

Chicken cooks in a clay oven at the Indian Oven on Tuesday.

The Indian Oven on Main Street in Logan has been open for 10 years.

A longtime restaurateur, Ash Oberoi knew how to run burger and pizza joints. But eventually, he felt like doing what was “in my blood” by trying his hand at running an restaurant serving the same Indian food he grew up knowing and loving.

Ash and his wife, Jenise, closed Regal Burgers in Logan and opened Indian Oven on 130 N. Main St. in downtown Logan. Previously, the restaurant was housed on 720 E. 1000 North, where Tandoori Oven is now. Tandoori Oven opened in 2008.

The Oberois are happy with the way business has gone at the downtown Indian Oven over the last 10 years. They plan to celebrate the milestone next Tuesday with free samples of food.

“We love it, and we thank the community for supporting us,” Jenise said.

Ash said he keeps Indian Oven running because of his passion for cooking food.

“This is my hobby; I enjoy it, not just Indian cuisine — any kind of cuisine,” he said.

Not only did Ash’s Indian upbringing shape his sense of flavor; his travels around the world to 65 countries played a role as well.

The Oberois boast they make their own spices to flavor their menu items.

“That’s what we think makes us unique. We use our own blend,” Ash said. “Each spice has a meaning. If they are blended with the right amount, it gives it a nice flavor.”

The spice blends are so popular with customers, he said, “we sell the dry blend, people take it home and they do the experience at home.”

Walk into Indian Oven any time during business hours, and you’ll notice it’s dimly lit but has intricate paintings and colors adorning the inside.

The food and ambience are just a few reasons why Darryl Adcock has been going to Indian Oven as often as four times a month.

“I thought the Indian food is the most authentic I’ve ever tasted. It’s full of flavor, really beautiful,” he said. “I’ve gone around to a few other places, and nothing really touches the Indian Oven.”

The Oberois say they have their share of frequent customers, but it’s also quite common for new ones to come in.

“We always love it when people tell us they’ve never had Indian food before,” Jenise said.

Jenise said more than anything else, she hopes people walk away from a meal at Indian Oven having enjoyed the flavors of the food.

“New people come in … and say, ‘I’ve never had this before. What should I do? What should I try?’ Everyone is assuming everything’s so spicy,” she said.

Ash said Indian food is becoming increasingly popular among families when it comes to eating out. He thinks people are coming to appreciate flavors they might not make at home.

“It’s very visible and brings a lot of traffic. Since the valley is growing, the tourism is growing; I think we’re in good hands,” Ash said.

“Ash puts a lot of passion behind his work.”

Many days, Ash stops and thinks about how thankful he is to own a restaurant in Logan many people enjoy.

“I am so happy, and God bless America that I got this opportunity,” he said. “Sometimes, we close our place, go on vacation once or twice a year and when we come back, people are still waiting for us.”