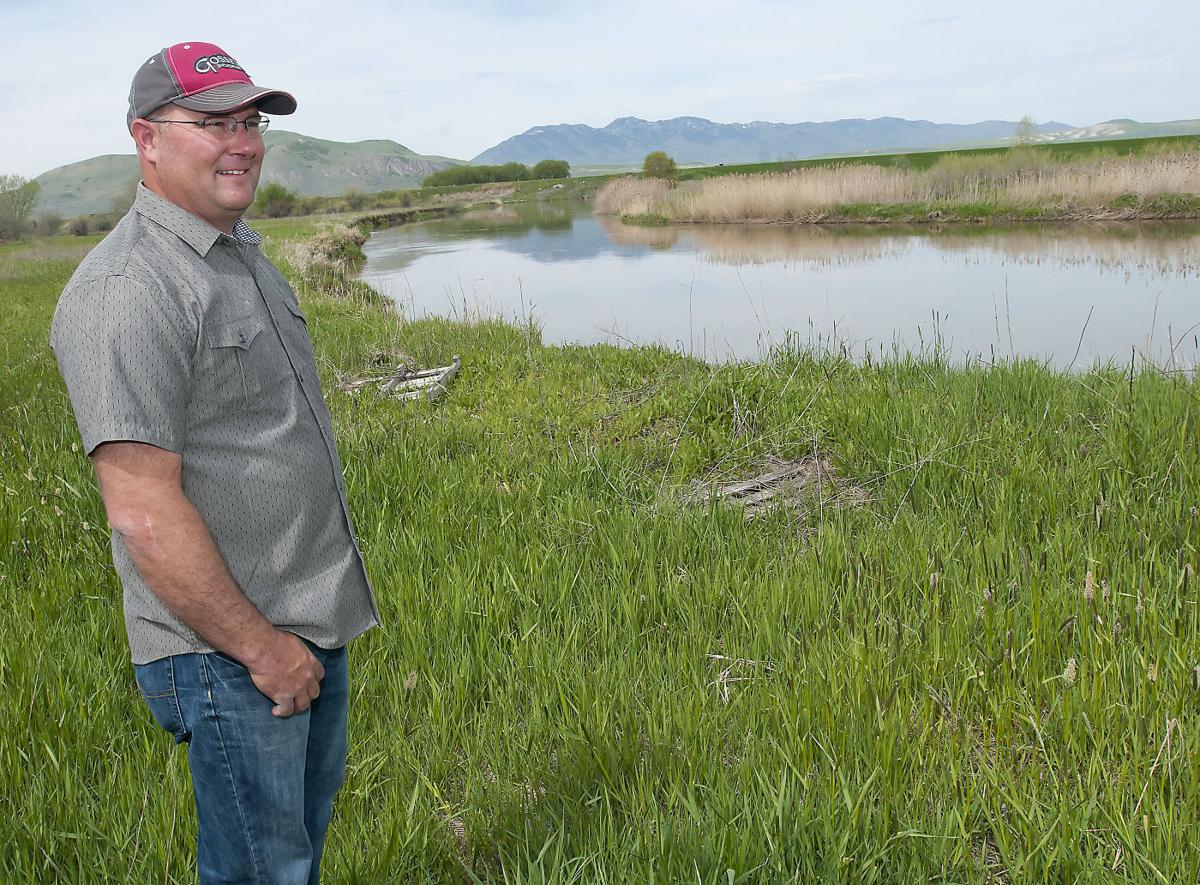 Mike Gibbons, who is a member of the Bridgerland Water Group, stands on the bank of the Bear River at his farm near Richmond. 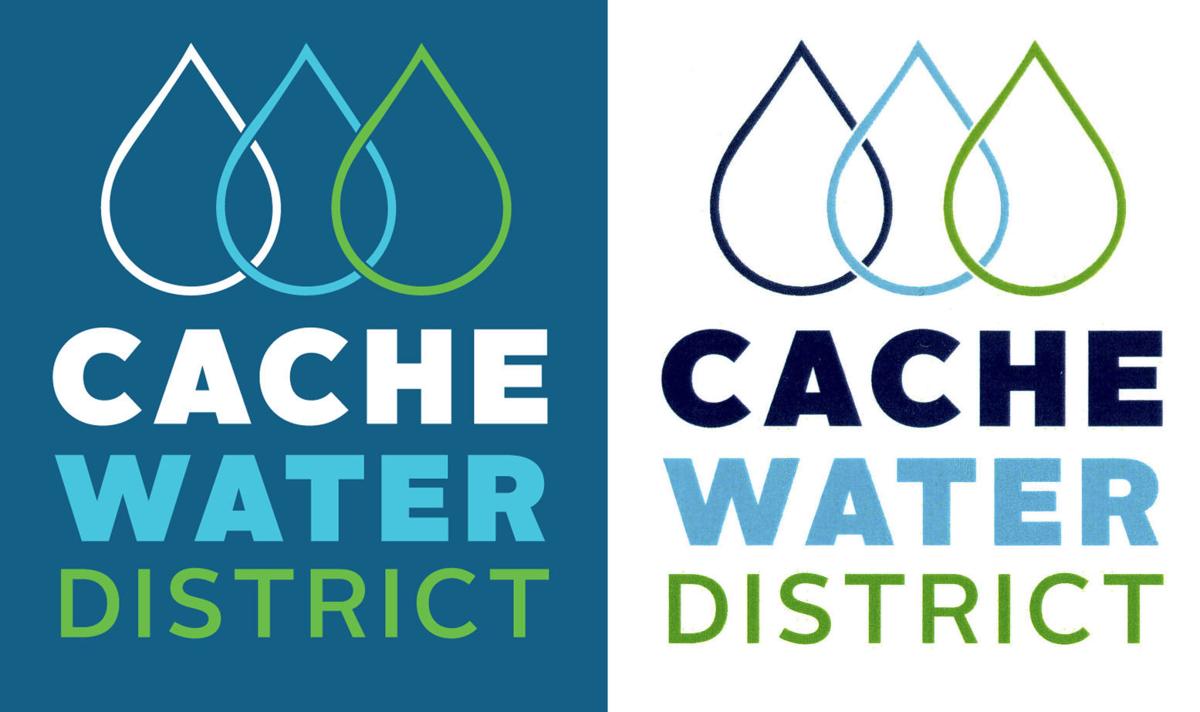 Mike Gibbons, who is a member of the Bridgerland Water Group, stands on the bank of the Bear River at his farm near Richmond.

Cache County has worked towards the formation of a water conservancy district on multiple occasions, but the most recent attempt at placing the option on November’s ballot was called one of the county’s top goals for this year.

“We cannot take the ability of future growth away from our residents, and without this district I think that might happen,” Cache County Councilman David Erickson said in December 2015, when the council passed a resolution formally supporting the district’s formation. “Without water, the county will be like a David fighting a bunch of Goliaths.”

According to Title 17B of Utah State Code, the purpose of a water conservancy district is to provide for the greatest beneficial use of water, both appropriated and unappropriated, for domestic, power, irrigation and manufacturing.

Unlike metropolitan water districts, which only provide service for municipal water needs, a water conservancy district can acquire and secure existing water sources with public entities while also promoting water conservation and development. It may also levy taxes to pursue development projects if necessary.

Cache County Water Manager Bob Fotheringham proposed the formation of a water conservancy district, now called the Cache Water District, as the county’s best available option in maintaining existing water rights for the future in the county’s Water Master Plan, adopted in 2013. Although a group began meeting in February for the purpose of placing the option for the formation of a district for a public vote in November, Fotheringham said discussions took place long before the adoption of the plan.

“It’s a matter of seeing the big picture and understanding what we have as a county,” Fotheringham said. “If we can’t manage the allocations we already have, then we’re going to lose them. Up until this point, the municipalities have been trying to work as individual entities, but we’re at the point where working alone can’t make it happen. What we need is a unit; we need one voice to understand where we are and where we need to go.”

One of the major motivations behind the formation of a water conservancy district is in maintaining water allocations along the Bear River as divided by the Bear River Development Act. Drafted as legislation in 1991 by the Utah Division of Water Resources, the act stated the 220,000 acre-feet (71 billion gallons) of water in Utah’s portion of the Bear River could only be developed through water storage projects.

County Executive Craig Buttars said Cache County’s lack of a water conservancy district of its own puts the ability of the county to negotiate water projects under the Bear River Development Act at a disadvantage.

Fotheringham said two attempts were made to form a water conservancy district prior to the current push, once shortly after the Bear River Development Act’s passage in an attempt at a collaborative water district with Box Elder County, and once again in 1999 after the Utah Division of Water Rights completed a study concluding the county’s groundwater and surface water resources were physically connected.

“Any time you pump in Cache Valley, it impacts the rivers,” Fotheringham said. “Before this, whenever a municipality needed more water, they would simply create a new well. When we found out how it was lowering our water levels significantly, we couldn’t rely on the old style of getting water anymore. We can keep using that water as long as we keep the rivers balanced annually, but we need to start focusing on conservation, which is exactly what a district could do.”

However, each previous attempt failed to connect. In a letter to the editor to The Herald Journal printed last May, North Logan resident Gene Rasmussen expressed concern about the taxation the district could levy, if it passed, and discussed his doubts about if a governmental entity was necessary to maintain control over current shares of water.

“The truth is virtually all of Cache Valley water is already owned or controlled,” Rasmussen wrote. “Those owners are doing a good job and don’t need another government agency nose in their affairs. If a district is established, its taxing authority is forever on all future generations.”

Mendon resident Richard Watkins recently wrote in another letter to the editor saying the county has not done an adequate job at addressing previous concerns about the formation of a district, finishing his letter with a call to readers to seek out a broader discussion on the topic ahead of a November vote.

“When I wrote the letter, my initial purpose was to see if others are out there who are taking an active part in opposing the district,” Watkins said. “I’m not entirely satisfied with the answers the county has provided to date, and I think there needs to be deeper consideration of what we’re agreeing to.”

Buttars acknowledged the issue of taxation was a major contributor to the failure of previous attempts to form a district, particularly because the effort was interpreted as taxation without representation. Sen. Lyle Hillyard, R-Logan, prepared legislation to rectify the concern after 1999’s failure, establishing that any board levying a tax must have at least half of its officials serving in elected positions, even if they’re appointed to the board. Buttars said the new formation of the board of trustees operating the district would feature 10 of its 11 members elected by the general public.

“If the district passes, the original board will be made up of elected officials to start, then after two years half of the seats will be up for election along with the other half two years after that,” Buttars said. “The only appointed member will be someone involved in agriculture to represent agricultural interests.”

Moreover, Buttars said the first four years of the district would be tax neutral, with any taxes the board would levy coming from the county’s current water department. After those four years, the board may levy a tax, but would be limited to $2 million annually for projects without the use of bonds.

“Any tax coming from the board would depend on the needs of the county,” Buttars said. “However, the average household would only have their rates increased by about two dollars each month.”

Fotheringham said the formation of a water conservancy district is a vital part of the county’s Water Master Plan. In order to sustain needs for municipal and agricultural use, he said the district provides the greatest amount of flexibility and protects the current water supply while avoiding negatively impacting the environment.

“The county has been effective up to this point, and we’re doing better than we have been in the past, but we still need to get better at what we’re doing,” Fotheringham said. “We need to be effective up to 2050, which is what the master plan seeks to accomplish.”

In the proposed bylaws for the district, passed by the district’s formation committee, the Bridgerland Water Group, during its May 2 meeting, the district would be restricted to taking action on projects already listed in the county’s master plan, limiting the scope of its powers.

Projects currently listed in the master plan place a higher focus on conserving water sources and improving secondary water acquisition. These projects include an increase in public education on water conservation, an organized district for setting and regulating goals for the entirety of the county instead of individual members, prioritizing environmental water demands, storing excess runoff for use in dry periods, banking water rights, and installing and maintaining irrigation pipes and canals.

“Right now, having only a water manager work on these goals is inefficient,” Fotheringham said. “The county levies a tax for what the water manager’s office can do; they give me a budget and I work within it. But it would be more effective to have a board and to finance it in the same way so there will be better opportunities to plan and strategize with members of the whole county.”

Since the drafting and acceptance of the master plan, the county has reportedly worked to maintain a collaborative spirit among the municipalities in working toward the formation of the district. Josh King, a project manager with the Langdon Group who worked alongside Fotheringham and J-U-B Engineers in drafting the plan and reaching out to stakeholders, serves as facilitator for the Bridgerland Water Group with the goal of placing the district up for election this November.

From the beginning, King said the idea has been a focus on two-way communication as opposed to only telling why the district is important for the county.

“Since the start, we’ve taken the master plan to each municipality and worked to clarify any questions or concerns they might have,” King said. “We held a series of meetings to determine what the plan should look like, and without those key insights we may not have been able to form the group in the way it has. What we do is try to provide a platform for everyone to talk about their concerns. We want to have discussions instead of lectures.”

The members of the group come from a variety of backgrounds, some as elected officials and others as agricultural and environmental advocates. Since their first meeting in February, the group members formed proposed bylaws for the district, helped prepare the resolution to initiate the process of forming a district and began taking to social media and radio advertisements to spread information about the district.

“We believe collaborative effort is the most forward and effective way to pass the district this year,” King said. “We’re making an approach to engage people in the community. It’s easy for people to get frustrated in politics, but the district could provide and continue to provide smart water management for the future, and that’s something that makes a difference for all of us.”

Although several municipalities have a resolution to begin the creation of a water district, placing the initiative up for public vote in November, a number of public hearings will take place within the next few months to allow for public questions and comments on the Cache Water District.

While some cities will elect to hold public hearings in their own areas, Cache County will host a joint public hearing May 24 alongside any other municipalities who would like to participate. Logan has committed to attending the joint hearing.

If a majority of the public votes against the formation of the district, the county will be unable to attempt forming another for two years. However, the county appears to have no plans to drop the possibility even if it fails.

“We would continue the effort,” Fotheringham said. “During the previous attempts, people weren’t sure it was needed. Now I think the county realizes how important it is to stop relying on the old model.”

For more information about the Cache Water District, visit www.cachewaterdistrict.org.

Clayton Gefre is the County Council reporter for The Herald Journal. He can be reached at cgefre@hjnews.com or 435-792-7234.