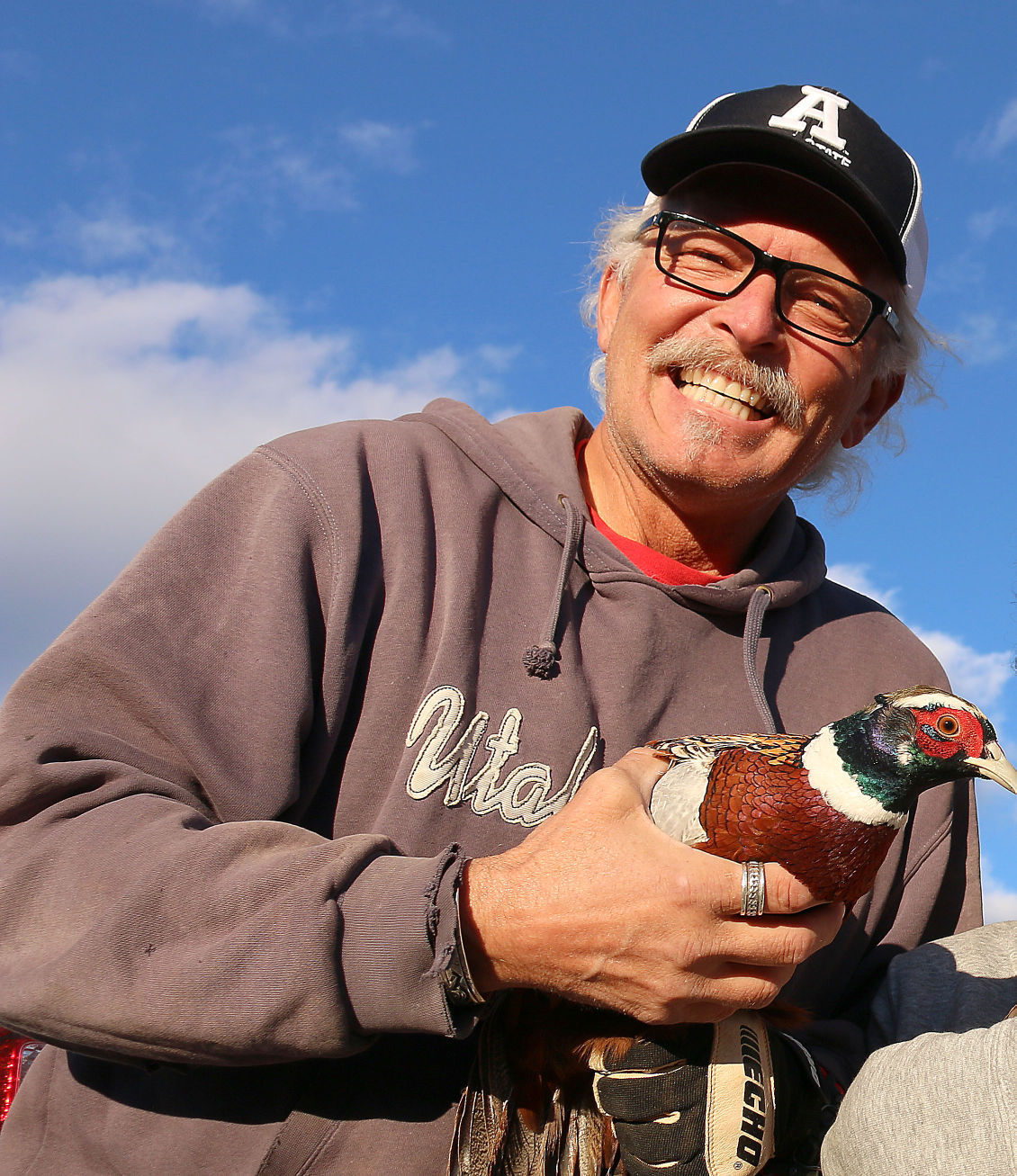 Rich Etchberger holds a pheasant before releasing it. 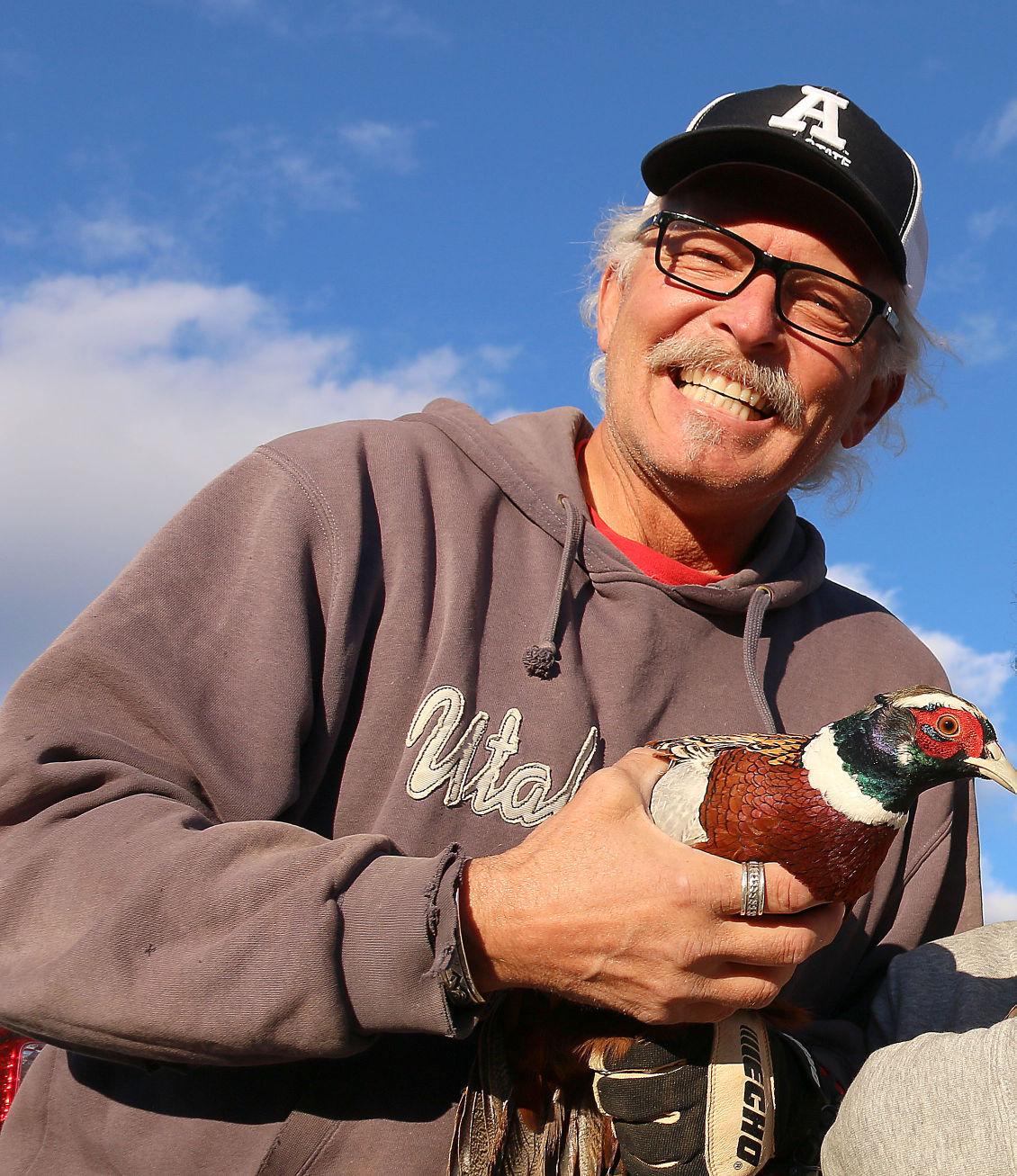 Rich Etchberger holds a pheasant before releasing it.

A wildland resources professor at Utah State University-Uintah Basin has been named the 2015 Carnegie Professor of the Year for the state of Utah, the first professor from a USU regional campus to receive the honor.

Rich Etchberger was presented the award from the Council for Advancement and Support of Education during a ceremony Nov. 19 in Washington, D.C., USU announced in a news release this week. Sponsored by CASE and the Carnegie Foundation for the Advancement of Teaching, Carnegie Professor of the Year has the claim of being the only national program to recognize excellence in undergraduate teaching and mentoring.

In an interview by phone from his Washington, D.C., hotel prior to the Carnegie reception, Etchberger said he was excited and proud to be the first professor from a USU regional campus to receive the award.

“We work really hard, and, as much as this award benefits me, it’s a great endorsement of the work we’re doing out here,” Etchberger said.

The USU professor is credited with creating the wildlife science bachelor’s degree at UBC when he arrived in 1995.

Mike Kuhns, head of the department of wildland resources, praised Etchberger for establishing the program in the Uintah Basin.

“Since he started with us in 1995, he has made it possible for us to offer the entire wildlife science major to students who may not be able to leave the Uintah Basin to go to school at our main campus because of family or work obligations,” Kuhns said. “This makes them employable in professional positions in the Basin and elsewhere.”

The wildlife science degree allows Etchberger to work closely and build relationships with his students — a teaching pillar he has always aimed for. Many students enrolled in the program from Logan come down during the summer and work with Etchberger in Vernal.

“One of the things I’ve always tried to suppress with my students is, if it’s all just book learning, you could go buy the books and read them — but my major objective when I’m working with students … I want them to go out there and experience the decision-making process that goes on and figure out how to use the tools we provide them in the classroom,” Etchberger said.

One example of recent fieldwork the USU professor supervised was rangeland restoration in the Uintah Basin after a July 4 fire burned much of it years ago.

“They actually go out and do data collection and analysis and research — stuff that the resource management agencies are going to use in their decision-making process,” Etchberger said. “To me, that was my goal when I started that 20 years ago; it sounds like an easy goal, but it’s not, because you’ve got to work on agency buy-in and there’s a lot of money involved.”

Many of the program’s graduates now work at the Utah Bureau of Land Management and are working alongside Etchberger and his current students.

Darren Williams, Pariette Wetlands manager for the Bureau of Land Management and USU wildlife science graduate, is one of those graduates, Class of 1999. Williams wrote a letter of recommendation to the committee selecting Carnegie Professors.

“I couldn’t think of anymore more deserving; the man has dedicated his career to education and he’s done a phenomenal job,” Williams said. “This guy lives and breathes his profession and it shows.”

Williams was the first USU intern for the Bureau after Etchberger worked with agency officials to create a program for interns.

“It’s really amazing for me to be on one side and then 18 years later now on the other side,” Williams said. “The man has not wavered; he’s the same guy I knew when I went to college in 1994.”

Aside from keeping busy with wildlife science, Etchberger also teaches a general education class, USU 1350 Integrated Life Science — one of the first online courses offered in support of the USU general education program in 2002. The course is consistently rated among the highest in student evaluations, not just for online, but for all courses, said Dave Woolstenhulme, vice provost at USU, in a news release.

Even when Etchberger comes up to Logan — which isn’t very much, thanks to USU’s online technology — students recognize him. The USU professor recently came to Logan for a photo shoot, and a student came running asking for a selfie.

“I was only out of the car for five minutes when someone said, ‘Hey, Dr. E, I’m in your class!’” Etchberger said.

Etchberger received a bachelor’s in ecology from Unity College in Maine, followed by both a master’s and doctorate in wildlife ecology from the University of Arizona.

Etchberger is the 14th Carnegie honoree from USU.

CASE and Carnegie Foundation choose a winner from each state for the state-level Carnegie award, which includes: an invitation to the November awards luncheon and congressional reception, a personalized award certificate, acknowledgement at the awards luncheon and a posting on the U.S. Professors of the Year website.

Four national Carnegie professors are chosen and receive $5,000 contributed by the Carnegie Foundation for the Advancement of Teaching; an all-expense-paid trip for the winner, one guest and a current or former student to Washington, D.C. for the November awards celebration; an invitation to speak at the November awards luncheon and recognition at an evening congressional reception.

The U.S. Professors of the Year Awards Program will go on hiatus for planning purposes beginning in January 2016.