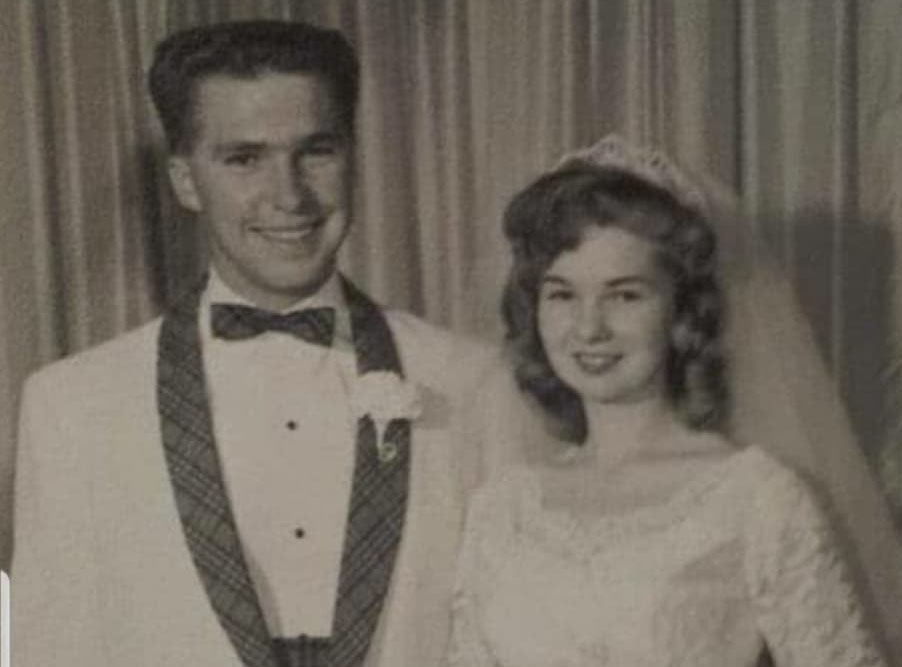 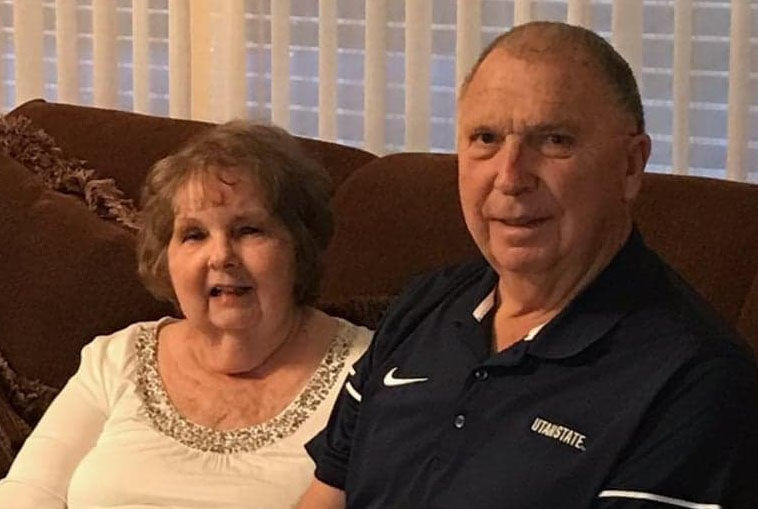 Ted and Marilyn were married in the Logan, Utah Temple December 5, 1958.

Ted and Marilyn met at North Cache High School and made their home in Smithfield.

Ted spent his Career at Thiokol/ATK for 43 years, seven months, and 21 days retiring in 2003 as a senior engineer, principle scientist. This career allowed Marilyn to be at home raising their large family.

Marilyn is a talented writer and seamstress. She spent many hours sewing dance costumes, prom, blessing and bridesmaid dresses and even a wedding gown.

Together, they have attended countless baseball and football games, soccer and golf matches, swim meets, band performances, dance competitions and recitals in support of their children. This still continues today with grandchildren and great grandchildren. They loved their time as officiators in the Logan Temple.

Ted is an “Aggie all the Way!” He is their biggest fan (if they are winning) and a big supporter of USU Athletics his entire adult life. He also spends countless hours doing extractions for the LDS Church.

Together Ted and Marilyn followed the Smithfield Blue Sox, which Ted was president from 2009 to 2011. Ted also served on the team’s board of directors for 20 years.

They now enjoy sharing their “ranch” with everyone! Family, friends, neighbors young and “old” soccer players will always have a perfectly groomed, well watered soccer field to play and practice on.

The “Garden of Eaten” is a beautiful “over producing” bounty of fruits and vegetables that family and neighbors can’t get enough of.