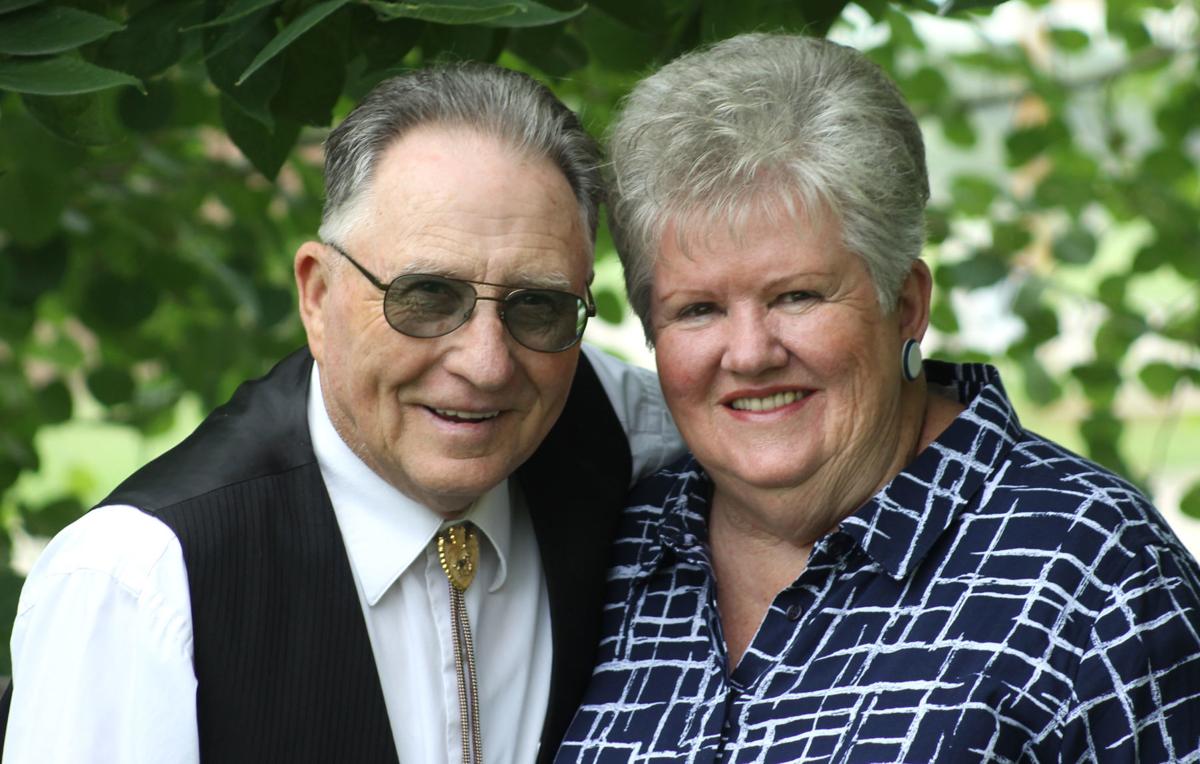 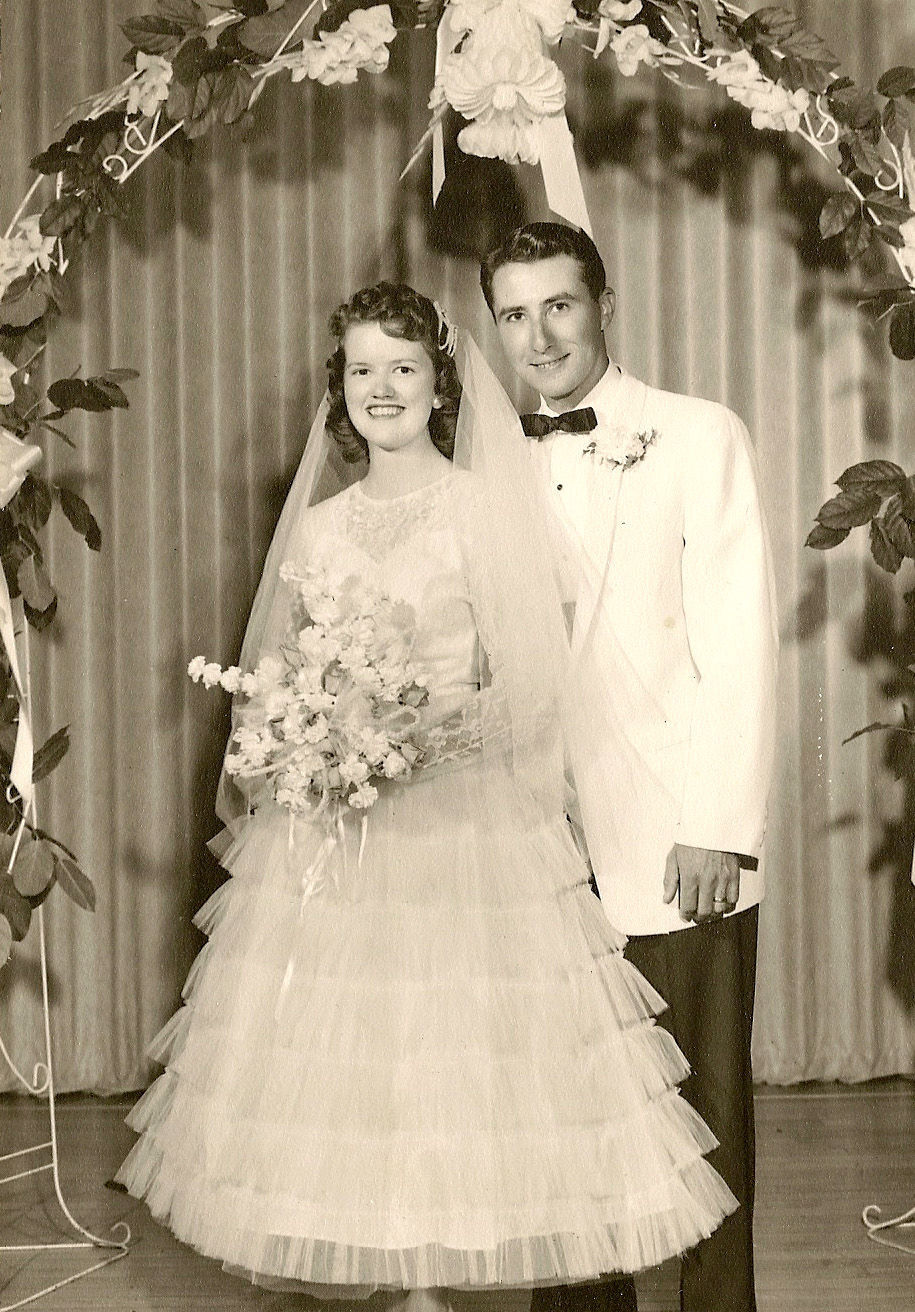 Dean and Marlene Cooper are celebrating 60 years of marriage. They were married in the Salt Lake Temple on August 28, 1958.

Marlene, a Millville farm girl, just finished High School at the age of 18 was prepared to go on to start a career with the hope of having her own home some day and being a homemaker. Dean grew up on a farm in Mt. Sterling and at the age of 22 was serving in the Army Reserve. With a love of farming he had always wanted to be a farmer. Marlene worked as a secretary in the Sheriff’s office and later at Thiokol. She accepted many odd jobs over the years to help meet their financial needs.

Dean worked 33 years at Thiokol, after retiring he enjoyed working at an automotive business

with his son in-law. After a few short moves from Logan to Tremonton they settled in Wellsville in 1962. They had planned their dream home that Dean would build himself, but a chance to buy a 120 acre dry farm came by earlier and threw a curve in their plans. So they decided to go with a smaller home making it possible to have a home of their own and a farm too.

They were blessed with lots of little ones, 10 to be exact, and they found so much Joy with each one. With their decision to be farmers, boys would have been nice, but for the most part girls would have to do. They gave their all, proving to be two of a kind, who could put their heads down and work even harder as the challenging times surfaced.

Worldly wealth was not found in their path, but a wealth of much greater value. Gifts and talents developed along their way, helped prepare their children for their lives ahead and continues to be passed down from generation to generation.

One of Dean’s favorite scriptures has always been Isaiah 1:19 — “If ye be willing and obedient, ye shall eat the good of the land.” Their lives are an example of the trust they have in God’s word.

We as a family are so blessed! We want to thank our parents for their years of hard work and sacrifice. Our hope is that we as their family, will work hard to ENDURE all that life brings to us in honor of their example for us. We love you!