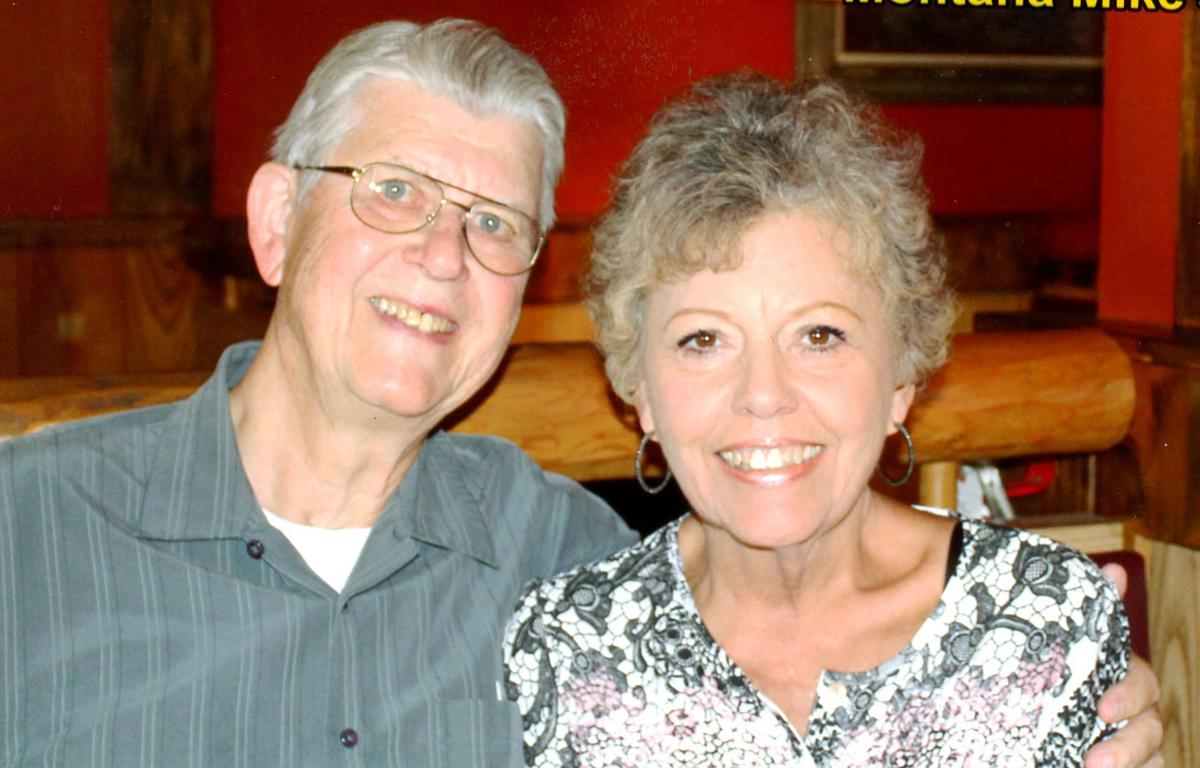 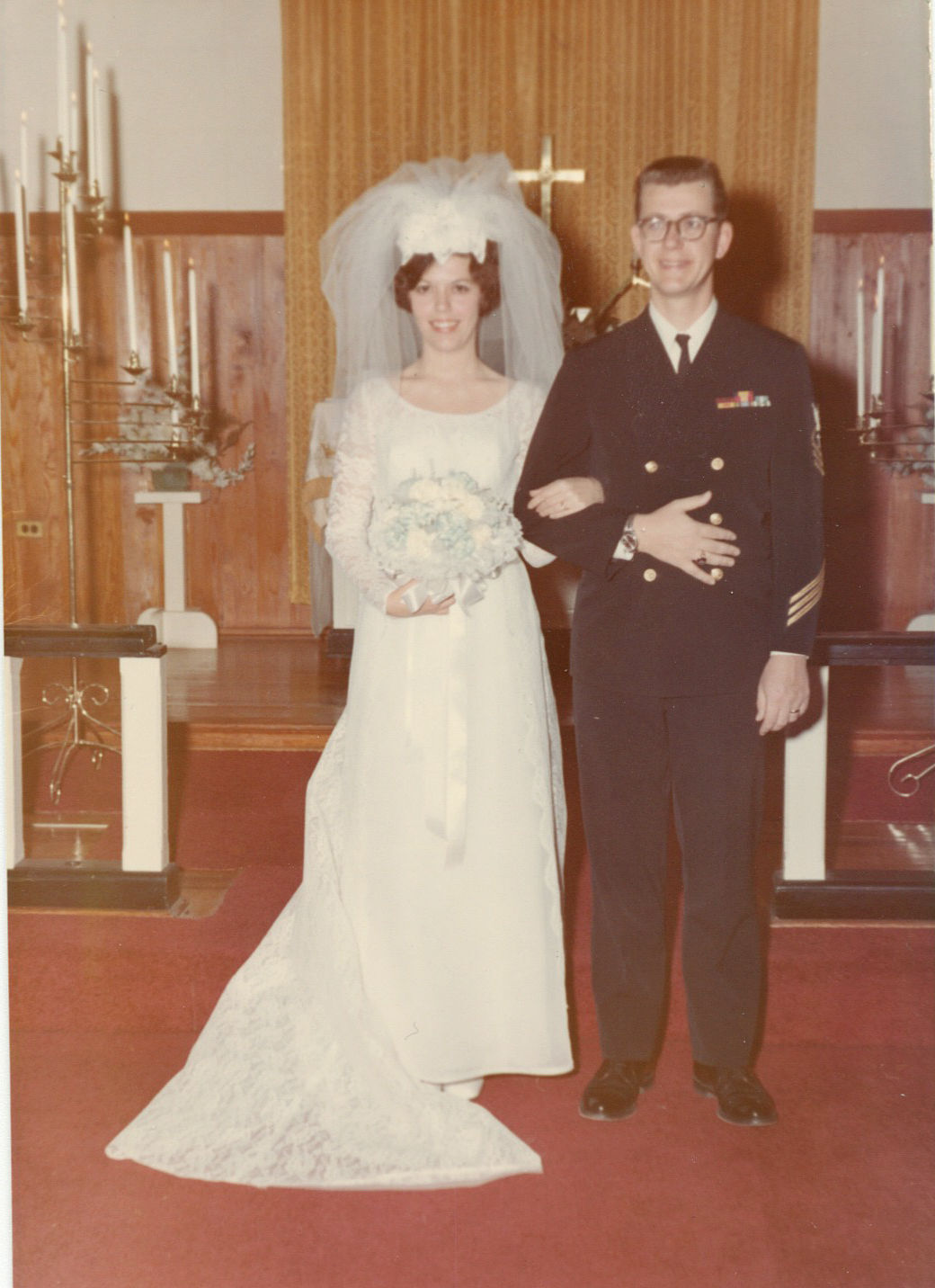 Vicki and Peter Olson celebrated their 50th anniversary in Los Cabos, Mexico. A family gathering will take place during the summer to celebrate their anniversary.

Vicki and Peter were married in Pensacola, FL, on February 5, 1971, at the U.S Naval Air Station Chapel. Their marriage was later solemnized in the Logan Temple. Since their marriage, they have lived in Rhode Island, Key West, Florida, Bethesda, Maryland, Daytona Beach and Hobe Sound, Florida, Anchorage, Alaska, and Logan, Utah. They have also visited every state, including Alaska and Hawaii.

Vicki was born in Logan, Utah, on September 8, 1945. She is the daughter of the late Rex and Lorraine Hawkins. She is the oldest of three children. Vicki graduated from high school in Guantanamo Bay, Cuba. During her senior year, she and her family were evacuated during the Cuban Missile Crisis. She was active in the FTA, NHS, math club, bowling, and took part in the senior play. Because her father was in the Navy, she lived in Rhode Island, Florida several times, California several times, Guantanamo Bay, Cuba, Indiana, and Texas. After graduating from USU, where she was active in Delta, Delta, Delta and a member of the USU bowling team, Vicki taught school in Texas, Florida, Rhode Island, and Logan. She knew she wanted to marry a Navy man, so she went to Pensacola to find one. While they were in the Navy, Vicki enjoyed the wives’ clubs, parties, and bowling. She used to crochet, sew, cross-stitch, scrapbook, and held several positions in the LDS Church.

Peter was born in Torrington, Connecticut, on July 7, 1939. He is the son of the late Paul and Lucia Olson. He is the oldest of three children. Peter spent the years of WWII moving from location to location due to his father’s various employments opportunities, which were in Connecticut, Michigan, Iowa, Massachusetts, and Rhode Island. The family eventually settled in Milford, NH. Peter was active in theater, baseball, track and field, basketball, and oratorial and extemporaneous speaking. After graduating from Milford High School, he went to Maine to work for the summer before enlisting in the US Navy.

Peter began his Naval career in 1957, serving 21 years and retiring as a Lieutenant in the Medical Service Corps. While in the Navy, Peter served on various ships, including the Saratoga where he was the head lab tech and on the Cecil, where he was the chief medical representative. His most memorable tours were his three tours in Viet Nam and a year at the South Pole with OPERATION DEEPFREEZE. He has been around the world and pole to pole and has been in most major countries in the world. The Navy sent him to Pensacola to attend Pensacola Jr. College. Here is where he met Vicki.

They were sent to Rhode Island where Peter was aboard the Cecil. The ship was gone a lot, including an eight month cruise around the world. It was then when Peter received a Commission to the Medical Service Corps. The next duty station was the Naval Hospital in Key West, FL, where they were blessed with two boys, Michael and Richard. They enjoyed the warmth and recreation of the mild climate.

Their next and last duty station was in Bethesda, MD, at the Naval Hospital. At the same time, Peter received his degree in business at the University of Maryland. It was here that he became a member of the LDS church where he has held several positions. The family retired and moved to Daytona Beach where Peter worked a short time at an HMO. The family then moved to Logan where Peter was employed at Thiokol for 17 years. After Thiokol, Peter was an independent contractor for Window Expressions, hanging blinds. Vicki assisted him on many of his jobs after spending 17 years teaching school in Logan. Peter also spent a summer working at Denali National Park in Alaska and then driving for the Cache Valley Limo. Peter loved bowling. He went to the ABC National Tournament 25 years in a row. He was active in golfing, Masonry, and collecting Pewter and Snow Village pieces. He also was a member of the American Legion for 35 years and member of the DAV.

Both Vicki and Peter enjoyed camping and being in the outdoors connecting with Mother Nature. Both loved working with plants, Vicki with flowers and Peter growing food. Both were very passionate about their pets. They had tons of dogs and cats and in their later years, they only adopted senior dogs. They were avid cruisers, clocking in over 360 days. They have been to all the continents except Australia, which Peter visited right after his duty station at the South Pole.

Their greatest accomplishment were the birth of their 2 sons, Michael (Susan) and Richard (Karie), which in turn gave them 7 adored grandchildren: Alexis, Alyssa, Dakota, Hunter, Aleah, Aspen, and our little caboose, River.