Kent Egley’s farm will remain a farm now it is a part of the Sagebrush Steppe Land Trust.

During the summer, eight homes were built on agricultural land near Kent Egley’s farm.

“That’s more homes than we’ve seen built around here in the last 50 years,” the Franklin County alfalfa and wheat farmer said. “Where we live down here, the whole valley is going through quite a change right now. There are a lot of properties for sale.”Egley and his sons, Jared and Matt, can’t control what’s happening around them, but they can rest assured that at least 450 acres of his own property will be the same for generations to come. 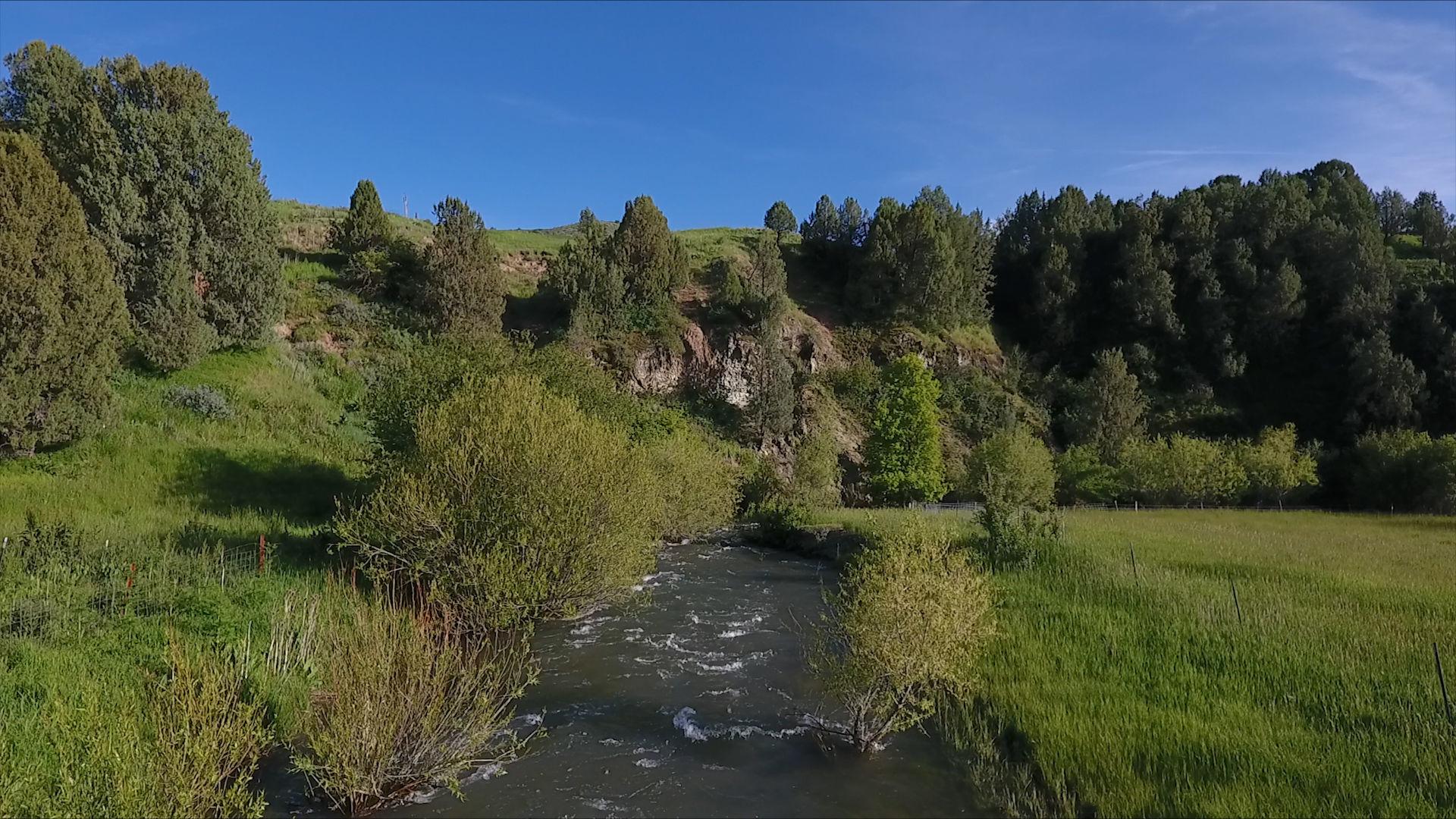 On Nov. 8, the family closed on selling the development rights of the cropland — located along the Bear River tributary Mink Creek — to the Pocatello-based Sagebrush Steppe Land Trust.

Egley explained the choice to protect the land from development in perpetuity was a family decision, and he woudn’t have done it if his sons weren’t onboard. He emphasized the land’s development value far exceeds revenue from the sale of the easement.

“The older folks are dying off and the kids have no interest in agriculture,” Egley said.

“Agencies looking to do restoration now know those restoration projects are going to be protected forever,” Conde said.

Conde explained Mink Creek has been redirected into a straight channel through the property, and the land trust intends to restore more natural meanders through the marsh area. 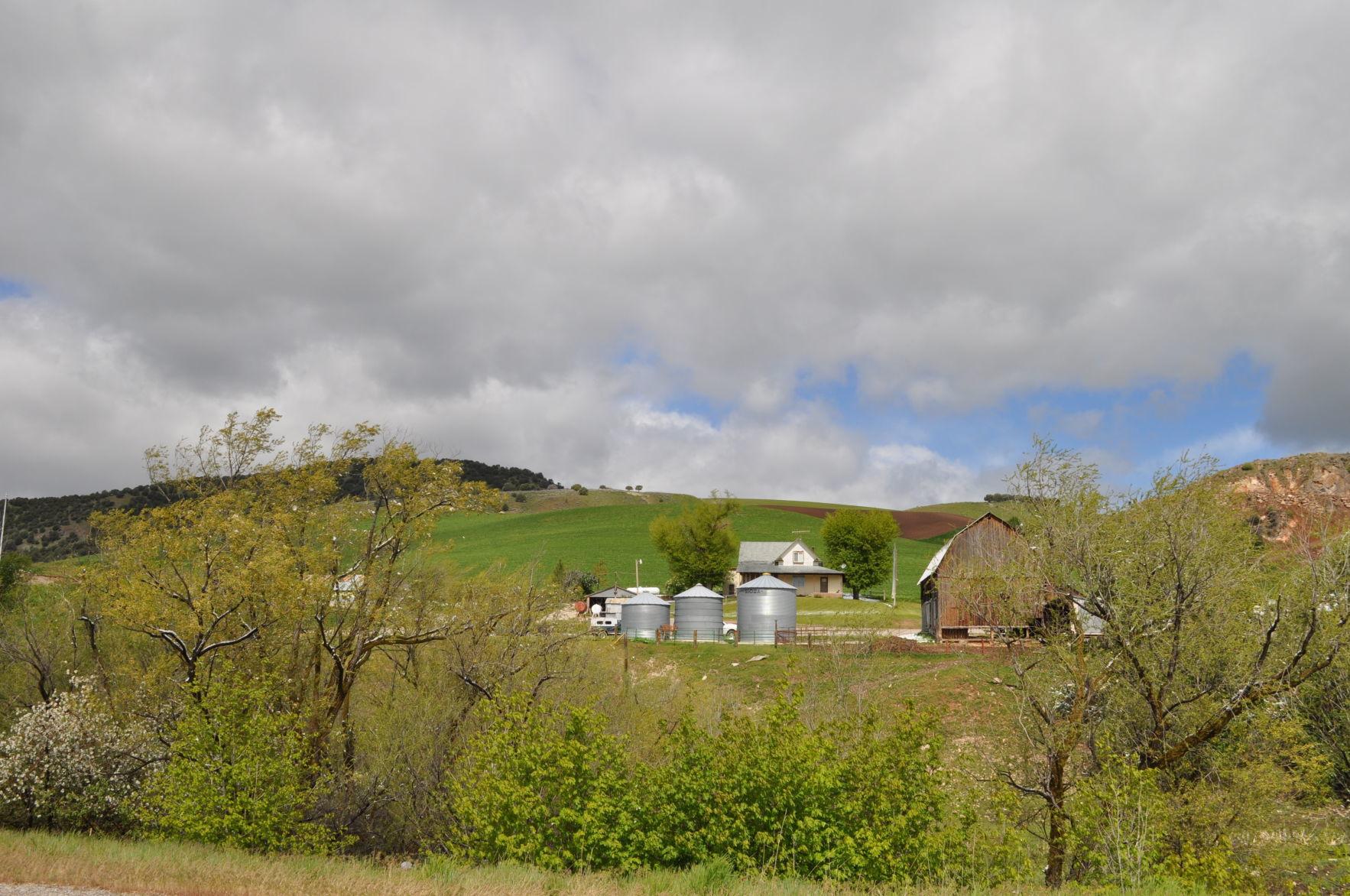 “We’re starting to really piece together some continuous parcels of land that are protected,” she said.

Egley said the Idaho Transportation Department and the Idaho Department of Fish and Game are also partnering on a project to improve a culvert on Mink Creek through his property, below Highway 36, to restore fish passage.

Since Lisa Hawkes Hatch graduated from Preston High School in 1980, she has done what most people do: went to college, married, become a mother, and had a career. Hatch attended Brigham Young University and spent 23 years running Marie Osmond’s doll line before launching her own QVC career.

But what she has done that far fewer PHS grads have done, is patented an invention.

Lash Duet — a new type of mascara brush that allows the user to coat both sides of their lashes with one stroke — are expected to be on the market by the spring of 2020, said Hatch.

The single-mother of two said the idea for the brush was born from frustration over the time it took her to get ready for her day.

“I was running late to a meeting one day and frantically throwing on some mascara. Gals – you know how that goes ... or guys – if you’ve ever had to wait for a woman to apply mascara – you know! Coat the top; coat the bottom. Repeat. Several times, sometimes using several different tubes of mascara to achieve the desired look. Then use a sharp object that was never intended to be near a person’s eye – like a safety pin, sharp end of a comb – or my tool of choice – the tweezers, to meticulously separate each clumped-together eyelash. And that’s just the upper lash!

“In an outburst of frustration, I threw my hands up into the air and blurted out ‘Why hasn’t someone made this easy and created a mascara applicator that has two brushes that hug both sides of your upper lash – and boom — you’re done?’”

But it took a while, she said. First of all, life happened. Both her late father, Gene Hawkes of Cub River, and her son developed health problems that required her to become a full-time caretaker.

“Choosing to take care of my dad and son was the easiest and hardest decision of my life,” said Hatch. “Going from a full-time career to being a full-time care-giver is shock on the system (and the pocket-book, and social life, and life in general)! To keep from going stir-crazy, I would find moments to continue working on this crazy two-brush invention of mine. It became a ‘household’ project, with Dad and my son giving feedback and encouragement along the way.”

She filed for patents, and found grants to pay for them, but soon realized that there was much more to bringing a great idea to the marketplace.

“...to really proceed forward with Lash Duet, it would take patenting and R&D (research and development) – all of which required resources I didn’t possess – both financial and intellectual,” she said. That led hear to take online courses in business, manufacturing and inventorship.

“I even ended up attaining my online certification from Harvard in business foundations,” she said. Part of that process was presenting Lash Duet to her professors. Their enthusiasm for the product and what she calls several miracles, pushed her idea along.

Friends and family invested in her project and she found another friend within the beauty industry that not only liked her idea, but promoted it.

When she ran into patent deadlines, a former classmate, Hal Baird, took his expertise as a lawyer in a firm that specialized in patents and helped her complete the process.

“And now, we have three U.S. patents issued; international patenting granted; a Canadian patent pending; and the trademark is issued.

“There are so many more “miracles”, but you get the idea. I know this for certain ... Lash Duet would not have materialized if not for the years at home with my dad and son. Had I been knee-deep in my “career,” I wouldn’t have given Lash Duet the dedication it needed to evolve,” she said.

Hatch has employed the modeling skills of Emily Brodock, another PHS alumni (and professional make-up artist for High School Musical and Yellowstone) to model her product on a video posted to her website, www.lashduet.com.

It’s been five years since Hatch’s “ah-ha” moment she said. “It’s a good thing I went into this a little naive, because had I known how crazy the process was in advance, I wouldn’t have even started. Also, the work ethic, problem-solving skills and rugged determination we learned living on a dairy farm really benefitted me with this project,” she said.

Hatch’s father raised her and her siblings on a dairy in Cub River. He had a stroke of ingenuity himself.

“He studied agriculture science at Utah State, working closely with them to develop better dairy stock. He served with several organizations such as the Dairy Herd Improvement Association, Farm Bureau, and the Idaho Dairymen’s Association to share that knowledge with his fellow dairymen. He developed other innovations to help the farmer including a new method of re-energizing barren, overworked dirt, bringing it back to fertile productivity,” stated his 2017 obituary.

Hatches family has rallied around her, too.

“I’m just a guy, so I don’t know much,” said Hatch’s brother, Todd Hawkes of Franklin, “but if I was a woman, I’d buy it. I think it is going to go big for her. She’s broke through a barrier now, and is starting to make some headway,” he said.

He has confidence in his sister and appreciates the hard work she has put into it.

“I felt confident enough in her that I backed it. It’s a gamble, but everything I’ve seen that has been successful has started in somebody’s garage or basement. Its interesting she just thought of it the way she did,” he said.

Hatch said she has loved make-up since she was a little girl, practicing on her siblings, including her brothers. But the time she spent as Marie Osmond’s “V.P. of Stuff” — her literal job title, she said — heightened her “love affair with make-up” as she spent much time working with A-list make-up artists.

“Most importantly when it comes to make-up, I’m a consumer . . . just like you. I estimate I’ve applied mascara over 12,000 times in my life. At 5 minutes per application, that adds up to over 1,000 hours. Are you kidding me?!! Don’t get me wrong, mascara is oh-so-necessary, but there has just got to be a more efficient way to achieve “vavoom.” And now there is. LASH DUET! You’re welcome,” she said with a smile.

With the holiday season rushing forward, the organizers of the Angel Tree effort are worried they won’t be able to fill Christmas wishes for some local children.

This year, the Angel Tree effort is supporting about 45 families, said Robin Barrett, who coordinates the Angel Tree with Hidie Nye. That’s over 100 children from age 0-12.

“With just over a week left there are still a ton of angels on the trees,” said Barrett.

Barrett hopes area residents will choose a paper angel from one of the trees at Big J’s, West Side High School and Stokes True Value, find the item a child has hoped for and get the gift back to those locations before Dec. 18, the last day gifts can be accepted.

She and Nye then direct a crew of volunteers on Dec. 19, to make sure the gifts are distributed to the families who depend on the program to make Christmas bright at their homes. The two have chaired the program for the last 11 years.

“The angels are not moving very fast and we are not getting things returned as fast this year either,” she said.

Someone who has their community and its well being at heart is being sought for the J. Walter Ross & Wayne D. Bell Community Service or “Citizen of the Year” award.

The award, which was first presented by The Preston Citizen in 1980. The Citizen missed a few years, between 1998 and 2011. The first recipeints were Lynn and Venna Fackrell. Following them have been Duke and LaRue Robinson, Max and Camilla Norton, Don and Bobbi Elwell, Sherwin and Gertie Webb, Rulon and Lorna Dunn, Mark and Lois Hart, Lyle and Donna Shipley, Bud Elwell, Paul and Zelma Woodward, Marlow and Vella Woodward, Neal and Sarah Nelson, Robert and Marion Hull, Alfred and Karen Koch, Dean and June Abrams, Doug & Sandra Webb, Jay and Myrna Moyle, Dave and Kathy Kerr, Steve Aust, D.A. Nash, Aaron and Aneesa Beutler, Scott and Kris Beckstead, Paul and Glenda Swainston, Boyd and Cindy Burbank and Steve and Myrna Fuller.

To nominate someone, write their name down and a narrative of their service to the community and bring it into the Preston Citizen or email it to editor@prestoncitizen.com.