Val and Marcy Porter, at 250 West First South, Preston, won the 2019 Festival of Lights home decorating contest. They were awarded a grill, grill cover and kit for their efforts.

“The judges had a really hard time this year because there were so many beautiful houses,” said Festival of Lights chairperson Julie Johnson. She also noted that there were several beautifully decorated homes that weren’t entered in the contest.

“We encourage everyone who decorates their home to enter the contest so that they can be included on the map (of decorated homes),” she said. Maps are available online at idahofestivaloflights.org, or the Idaho Festival of Lights Facebook page.

See inside this edition of the Citizen for the other winners of the contest. 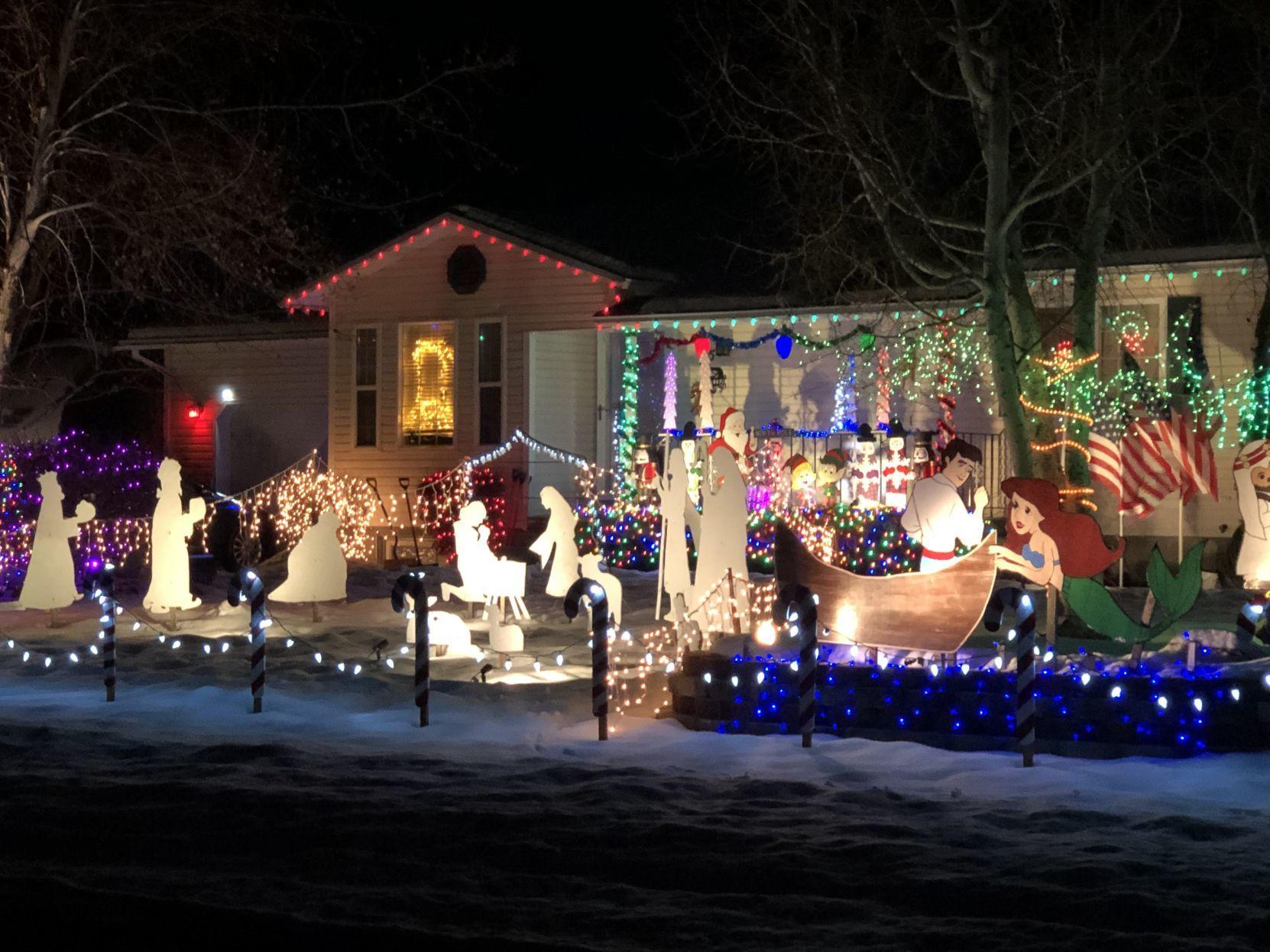 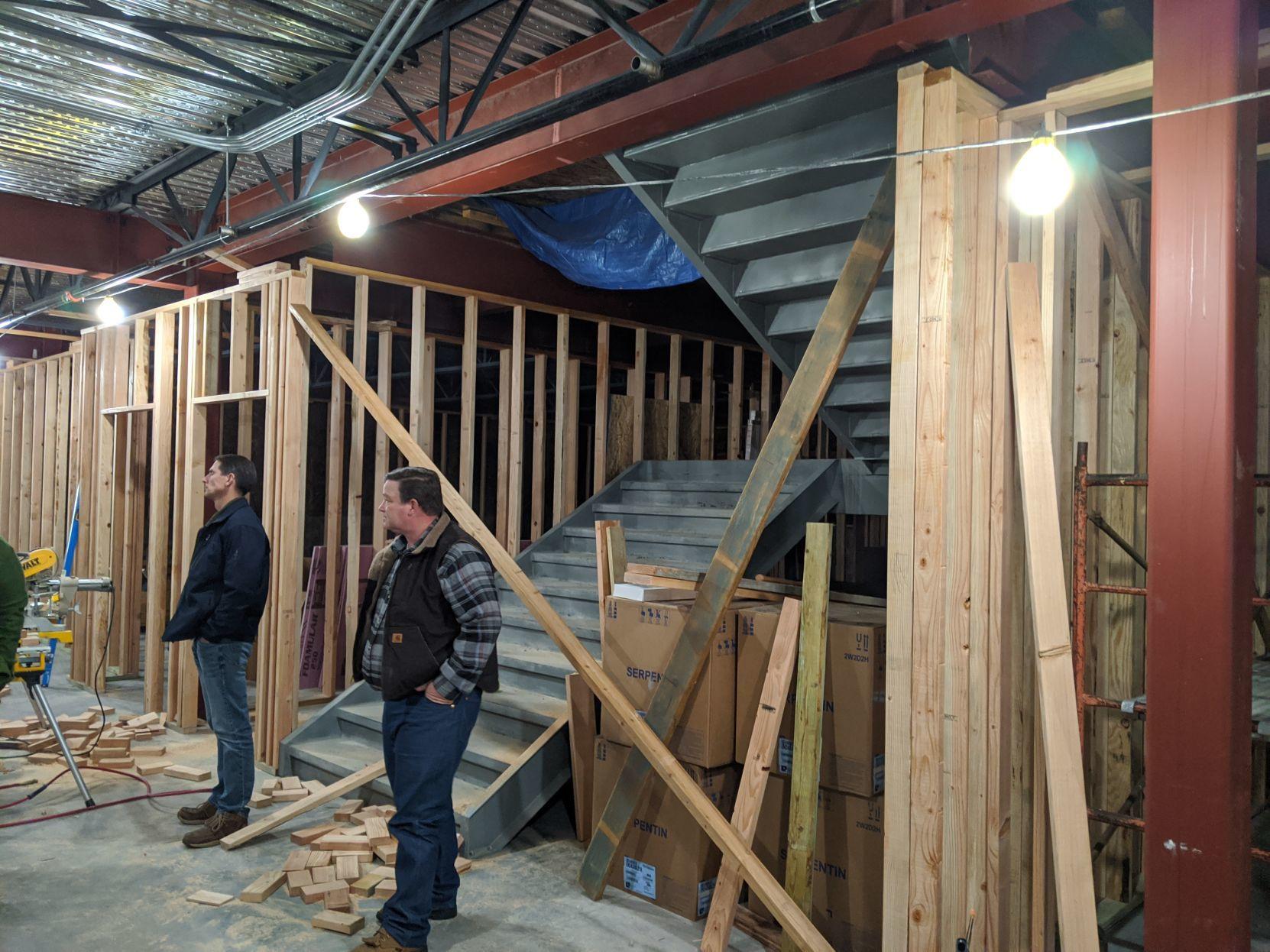 The WS School Board tours the addition which is under construction to Beutler Middle School.

The Preston Aquatic Center is located at 32 N. State Street in Preston.

Preston High School will offer a swim class in the 2020-21 year following approval of the school board on Dec. 18. The class will be taught by Emily Burnet, who also teaches English at PHS, at the Preston Aquatic Center, located at 32 N. State Street, Preston. The swim class will fulfill a physical education requirement.

The school fielded student interest in the class last spring, and discovered 169 students would request the class as a first choice and 50 as a second choice.

The class will serve 20 students at a time, said Burnet. At present, one class will be offered at the end of the day.

Eventually, the school may consider a swim team, but teams incur much expense, she said. Other schools in the district which have teams include Pocatello and Century High schools.

“It is growing among 4A and 5A schools,” she said.

The Dayton City Council meeting began with a very informal consensus amongst everyone there, Council Member and Attendee alike. MAN WAS IT COLD OUTSIDE! The air was so cold it felt thick. Some felt the meeting would be canceled before it even began due to people being unable to make it because of the extreme cold, but eventually there were enough present to form the necessary quorum. Once that was done the meeting passed fairly quickly.

The major item of discussion for the evening was the variance that was awarded to Brett Hyde last month. For a recap the variance was granted with a proviso: the council has until April to rewrite the sections of city code that control water hookups. As it is currently written the code prevents the transfer of a hookup to a new location. For the foreseeable future there is a ban on new water hookups pending a water study and finding a new water source. That means right now the most valuable thing in Dayton’s real estate market isn’t land but water hookups.

This all started when the Hyde’s purchased the properties at the addresses 364 & 354 S Hwy 36 in Dayton. The Hyde’s chose to build new houses in the lots.

By law each residence must have a certain amount of frontage, or road access, to be approved by the city. The amount of space and money the new road would need would severely hamper the value and utility of the properties so the Hyde’s applied for a variance. Variances are pretty much what they sound like, a petition to the city so that you may vary from the stated city code.

The properties had been abandoned for a number of years and both of the houses there were in shambles. Many on the council and in the community were eager to see them go.

This left the city council with a decision to make between two options. Either, deny the variance and hope the Hyde’s don’t just rebuild where the old homes were forcing the smaller road through that way, which neither the Hyde’s nor the council wanted, or grant the variance and let them build. After much debate a compromise was reached, the Hyde’s agreed to hold off construction until April giving the council time to do a rewrite of the water ordinance allowing for this specific case. If the changes happen by then the variance dies but if not it stands.

The planned destination for the second hookup is the home of Katie Hyde’s father whose home is not currently on the city water system. This show of familial support helped their case with the council. The greatest worry for the council is how any changes they make could be used in the future should anyone, like a greedy land developer, decide to use this as an excuse to move water hookups around from property to property willy nilly.

The election report was read into the record. Both Dee Beckstead and Stacy Moser will keep their seats on the city council, having successfully been reelected.

The water report is due to be presented to the city council in January on the 14 at their next meeting, which is currently planned for 4-6 PM.

Darren Cole and Kayla Roberts are the newest members of the Preston School Board of Trustees.

Darren Cole and Kayla Roberts will join the board of trustees for the Preston School District in January. They ran unopposed for the positions of Fred Titensor and Brandon Roberts, both of whom did not seek re-election.

Titensor served on the board for 12 years and Brandon Roberts four. At the end of the December meeting, Titensor expressed his admiration for the current board’s ability to work together and listen to others and told them they had “a champion for the school in this community for life,” he said.

He complimented each current trustee, naming the strengths they bring to the board.

Regarding Brook Palmer he said he didn’t know when he had ever worked with a board member who would come more prepared to a board meeting. Of Jody Shumway he said his “financial oversight has been exceptional,” and noted that although they disagreed on some issues, they were able to do so without grudges.

Titensor noted Joy Christensen’s ability as chair of the board to keep the peace in tense board meetings and Brandon Roberts’ willingness to challenge the way things were being done and “ask the right questions.”

He then complimented the district’s staff. “You have got people in this district that are spending their own money (to enhance the educational experience of their students); that are practically being parents. Our staff is amazing. I have appreciated working with them.”

He complimented the disrict personnel: Superintendent Marc Gee, manager Brian Mendenhall and secretary Lori Heusser. “You have held it tougher and the super wasn’t always here,” he said.

Lastly, he complimented the district’s patrons.

“We’ve got pretty darn good patrons, too. They’ve backed us in every levy. There are just good people in his own.”

He noted an experience several years ago when the issue of students not paying for lunches in Utah came to the public’s attention.

“We had a man come in and ask who needed help and paid for all of them (in the Preston School District),” he said.

Brandon Roberts was not available at the last meeting of his term.

Darren Cole will fill Titensor’s position. He decided to run as a trustee for two reasons: his own positive experience as a student in the district and his own children. He’ll have a child in each the district’s schools next year.

“I want to have a feel for what’s going on with their education, because its something that’s going to benefit them for the rest of their lives,” he said.

The father of five works at Cache Valley Bank in Logan, and graduated from Preston High School in 1996.

Kayla Roberts, who graduated from West Side High School in 1989, has sent her own five children through the Preston School District already. She and her husband, David Roberts, run a dairy in Fairview. She is also an advisor to the board of the Farm Service Agency, which represents an underserved portion of the community.

Kayla is pleased with the educational opportunities her children have received in the Preston School District. She is open to changes that will make the education system better. She decided to run for office because she feels it is important to be involved and because she believes that “just because something is good at one point, doesn’t mean that it will always be good. There are changes that come along or are more progressive that can be looked at,” she said.

“There are really good people here and a good value system here that makes our schools great, but you can’t always rely on that for good education. Like anything else you have to look outside of the box to be progressive,” she said. She was pleased to hear of the district’s efforts to implement a program called LEAP which is designed to help the Latino population in the district. (See related story on page 2.)