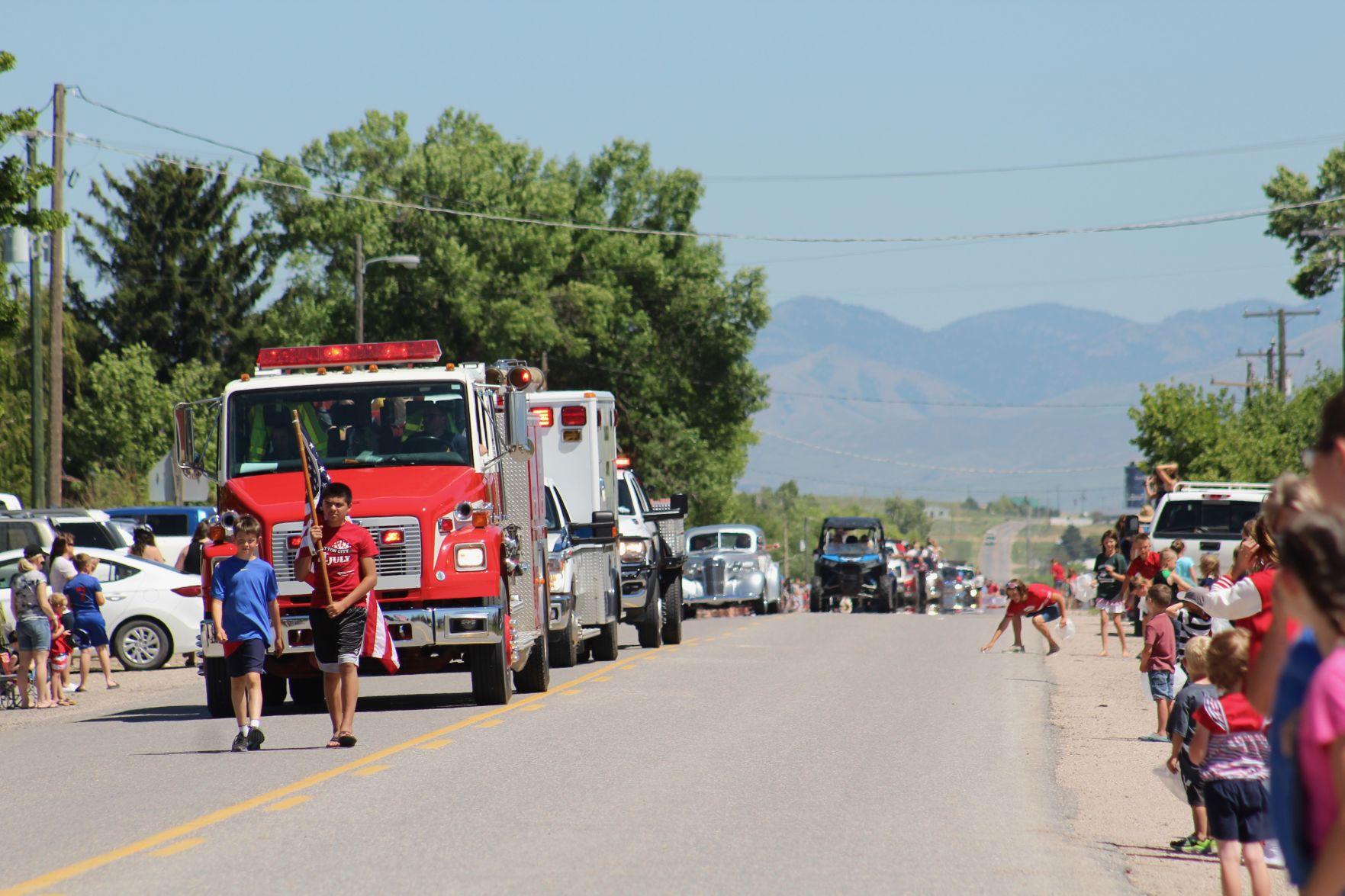 Long-time participants of the Dayton Independence Day Parade said the number of entries and spectators was down a little from past years, but the spirit of celebration was strong and those attending seemed to be enjoying themselves. Dayton’s “COVID-conscious” celebration also included a fun run, a patriotic speech, a breakfast, lunch, and an afternoon of family friendly games. Sketchy activities like the bounce house, fish pond and dunking booth were scratched, but Mayor Melvin Beutler said families had a good time participating in three-legged races, sack races, and egg and balloon tosses. “It was good to do something — get out and see friends. What makes this happen is people’s willingness to step up and serve. It builds community spirit and camaraderie. That’s why we love to do it,” he said.

Both community members and fans of That Famous Preston Night Rodeo have been divided on whether the 85th annual event should be cancelled due to the coronavirus pandemic.

That Famous Preston Night Rodeo has been canceled for 2020. Members of the rodeo committee have spent weeks “trying to conform with the safest procedures and protocols expected to protect citizens” during the 85th annual event that was scheduled for July 30, 31 and Aug. 1.

Part of the health department’s requirements were to cancel the carnival, sidewalk sale parade and hamburger stands, as well as limit ticket sales to 35 percent of capacity and have a social distancing plan.

“We did all that. But with only being able to sell a third of our tickets, we would not to be able to generate enough income to cover the costs of putting on a rodeo,” said Kris Beckstead, committee chair. Several ideas were explored by the committee to offset rodeo costs, as well.

“This was a very difficult decision. We have had so much support and love and encouragement from our rodeo fans, but with the health department’s requirements, this year’s show is just not possible,” said Beckstead.

“We hope that you know that next year’s show will be incredible! With missing a year, we’ll be pulling out all the stops to make up for the loss this year,” she said.

At 6 p.m., Wednesday, July 8, the city’s planning and zoning board will hold a public hearing regarding changes to zoning within the city. It is proposed that some areas in the city be zoned for more affordable, high density housing and which will not allow for new animal use rights. Those landowners with current animal use rights will be grandfathered into any changes, said assistant city administrator Shawn Oliveron. Transitional zones will be eliminated.

Persons interested in the changes may find current maps of the proposed zone boundaries at the Preston City offices.

Weston’s July city council meeting opened with another update on the well portion of the water tank project. Steven Wood, of Sunrise Engineering, reported that what contaminants they could find were well below, no pun intended, healthy limits. It’s safe to drink. The current draft of the project as a whole will be submitted to Idaho’s Department of Environmental Quality for a final review.

Mayor Greg Garner reported a new radar sign installed at the bottom of the hill on the west side of town to catch incoming speedsters. The council talked a while on the issue revealing that those with the biggest lead feet are not out-of-towners but the people of Weston themselves, among other people sporting 1F license plates. The mayor concluded the report thanking the Franklin County Police Department for its deputies’ increased presence in the city.

In another matter regarding signs, there is an issue with a stop sign at the Northeast corner of the intersection of 100 South & 200 East. The core of the issue is one where the legal road and the path of traffic have come into conflict. At present the sign is in the spot that the law requires it to be, however, it makes the corner hazardous for large semis, flatbeds loaded with hay and milk tanker trucks. Many of them have barely avoided both damaging the sign and the surrounding buildings and cars. In the past, the sign was further from the road but when the intersection was redone into a four-way stop it was moved further out into the street. Despite pleas from Kent and June Aston to have the sign removed altogether the council has received reports that the transition to a four-way stop was a welcome change. So a tentative decision was made to move the stop sign halfway back to its old position and to possibly put up a “stop ahead” sign up on the hill leading to the intersection.

Discussion then turned to the 24th of July Celebration. At present, the state will transition out of stage 4 of the opening plan for the COVID-19 pandemic on July 16, two days before Weston’s annual shindig. Just about the only “major” debate over the issue was over whether to have the kids on the floats throw Tootsie Rolls or Bit-O-Honeys.

The current set up for the day starts at 7 a.m. with a race followed by a flag ceremony at 7:45 a.m. That will be followed by the WSHS Band Fundraised Breakfast from 8-9:30. The parade is at 10 a.m., followed by games and vendors starting at 11 a.m. The airplane candy drop will kick off the afternoon activities at 1 p.m., followed by the animal chase at 1:30 and the fire hose for those who need to cool off at 2 p.m.

A pig roast begins at 6 p.m., the shoot out at 7 p.m. and the band starts at 8 p.m. Fireworks end the day with a bang at 10 p.m. The council encourages people to come out and have a great time but to remember to social distance and stay safe.