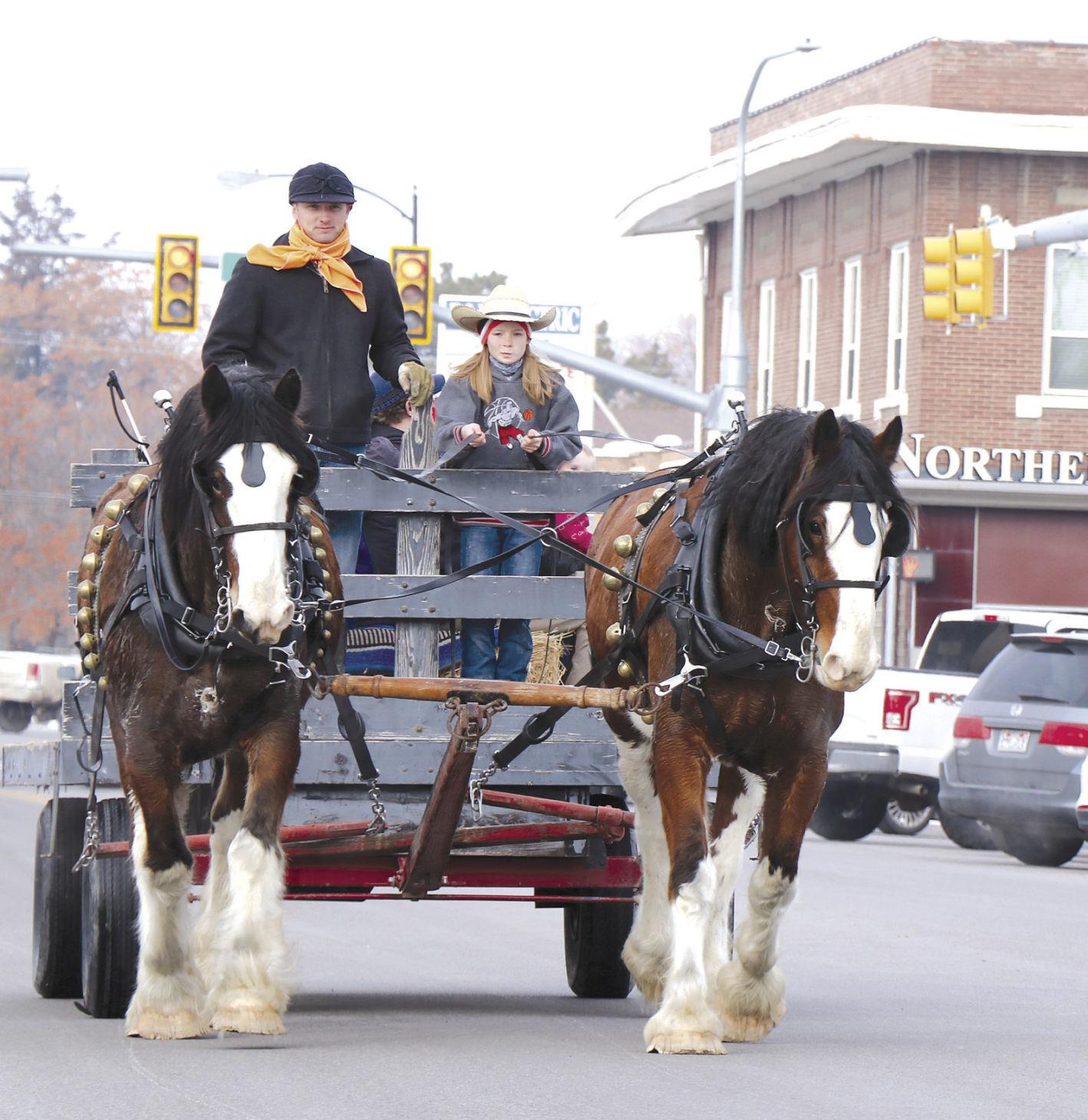 Horse-drawn carriage rides were part of the fun during Tremonton City’s annual Holiday Extravaganza, held at Midland Square on Saturday, Dec. 7. See more photos from the party on page A8.

Tremonton has placed new restrictions on the use of its green waste compost facility southwest of town, a move the city says is necessary because the site is taking in more material than it can handle and is being misused.

The Tremonton City Council recently approved a management plan in November for the facility, located at 8700 W. 6800 North. Opened in 2003 on 20 acres of property purchased from a private landowner, the site’s primary purpose is to compost biosolids from the city’s wastewater treatment plant.

The public has been allowed to use the facility to drop off yard clippings and other plant materials, which are chipped and mixed with the biosolids to facilitate the composting process. But over the years, the site has become a dumping ground for contractors and others who have taken advantage of the fact that it doesn’t charge tipping fees like the nearby county landfill, Tremonton City Manager Shawn Warnke said.

“Everybody got used to it as a convenient way to get rid of green waste,” Warnke said. “The problem is that we now have much more green waste than we need (for composting).

The new management plan “reminds the public why we are in the green waste business: to compost our biosolids,” he added.

Tremonton Public Works Director Paul Fulgham said people have been dumping refuse other than green waste at the site, which the city then has to take to the landfill and pay to leave it there.

“Right now there’s a lot of metal debris that comes off the stuff that is brought out there,” Fulgham said. “Once we had a freezer full of rotten meat dumped out there.”

Under the new management plan, only residents of Tremonton (and Garland, for now) are allowed to drop off green waste materials there. The city plans to hire a part-time employee to monitor the facility during operating hours, and anyone wishing to drop off materials there will need to provide proof of residency, such as a utility bill or other city-issued document.

The new plan also prohibits commercial dumping at the site and calls for the facility to be closed from Nov. 1 until May 1, although those dates can be changed at the city’s discretion and depending on the weather. The plan does not include a tipping fee, so eligible waste will still be accepted free of charge.

Fulgham said that even with an employee on site, it will be difficult to enforce the new rules because the facility is in a remote area and is not monitored most of the time, so cameras may need to be installed to catch violators.

He said green waste at the site this year accumulated to the point that there was a slash pile measuring 20 feet wide, 20 feet high and 50 yards long, and that the city already has enough plant material there to handle composting for another five to 10 years.

“At least 80 percent of what we’re dealing with out there has nothing to do with Tremonton City,” he said. “If you look at the material out there, if that was all Tremonton city, we would have very few trees left in town.”

The new policy comes after the city decided to burn the slash pile earlier this fall to reduce the volume. The resulting fire burned and smoldered for several weeks, prompting complaints from area residents that smoke from the fire was sending smoke and unpleasant smells into their homes, causing respiratory problems and other issues.

Cami Adams, who lives near the green waste site, said she has had to take her children to see a doctor because of breathing issues stemming from the smoke.

“You might not see or smell the consequences,” Adams told the city council at a recent public hearing. “I wish you could smell my coats just from walking from my house to my car.”

The city maintains that it had all the necessary permits and the burn was legal, but officials said they were concerned about the unintended consequences for people living nearby.

“The idea (of the burn) was good to begin with, but perhaps we made an error,” Tremonton Mayor Roger Fridal said. “It’s the first time it’s ever happened, and I’m sure it will never happen again.”

It’s well documented that spending money at locally owned businesses is one of the best ways to boost local economies.

Leaders of local nonprofit groups say the same is true for their organizations, and they’re banding together this holiday season with a common goal of generating more donations to benefit underserved populations in Box Elder County.

Several nonprofits based in the county have launched a new website, givelocalnu.org, where donors can find links to give to groups that will keep those dollars local.

“We really need to get our county realizing that giving local makes us all stronger, and we’re trying to keep some of the money that we’re raising here,” said JeuneElle Jeffries, executive director and CEO of the Boys & Girls Club of Northern Utah. “Our nonprofits are locally run, locally led, and there is not a nonprofit in Box Elder County that when you give them a dollar, that that dollar is not going to people.”

Jeffries said fundraising is always a challenge for nonprofit groups that generally don’t have the staff or other resources for marketing, and the challenge is even greater in smaller communities like Box Elder County.

She said more than half of Box Elder County families have used the services of at least one of these groups sometime in the past five years.

“These are the nonprofits that make Box Elder County what it is,” she said. “It’s why our families can take care of themselves, pay bills, get to work, and be safe and enriched.”

“No large nonprofit can come in and serve these neighborhoods like these women,” she said, referring to the fact that most local nonprofits are staffed primarily by women. “They give more than they get, and they make a big difference.”

Box Elder County Commissioner Stan Summers said there is a known multiplier effect that happens when people spend their money at local businesses, and that same concept could apply to community need-based services.

“If you spend a dollar in Box Elder County to a local industry, it rotates seven to 10 times before it leaves the county, and I imagine it’s the same thing with nonprofits,” Summers said.

Jeffries said she is working to get some major local employers on board as well, with giving campaigns that allow employees to donate through automatic payroll deductions or other means to increase the levels of giving on a larger scale.

“We know we have a really generous county, and we just need to educate people to give it here,” Jeffries said, adding that dollars given to local nonprofits are used more efficiently in helping people because that money is less likely to be lost in things like administrative costs.

“There’s not a nonprofit in the county that’s running at more than 10 percent overhead, and that’s just unheard of,” she said. “We need the funds, we need the resources, to keep going.” 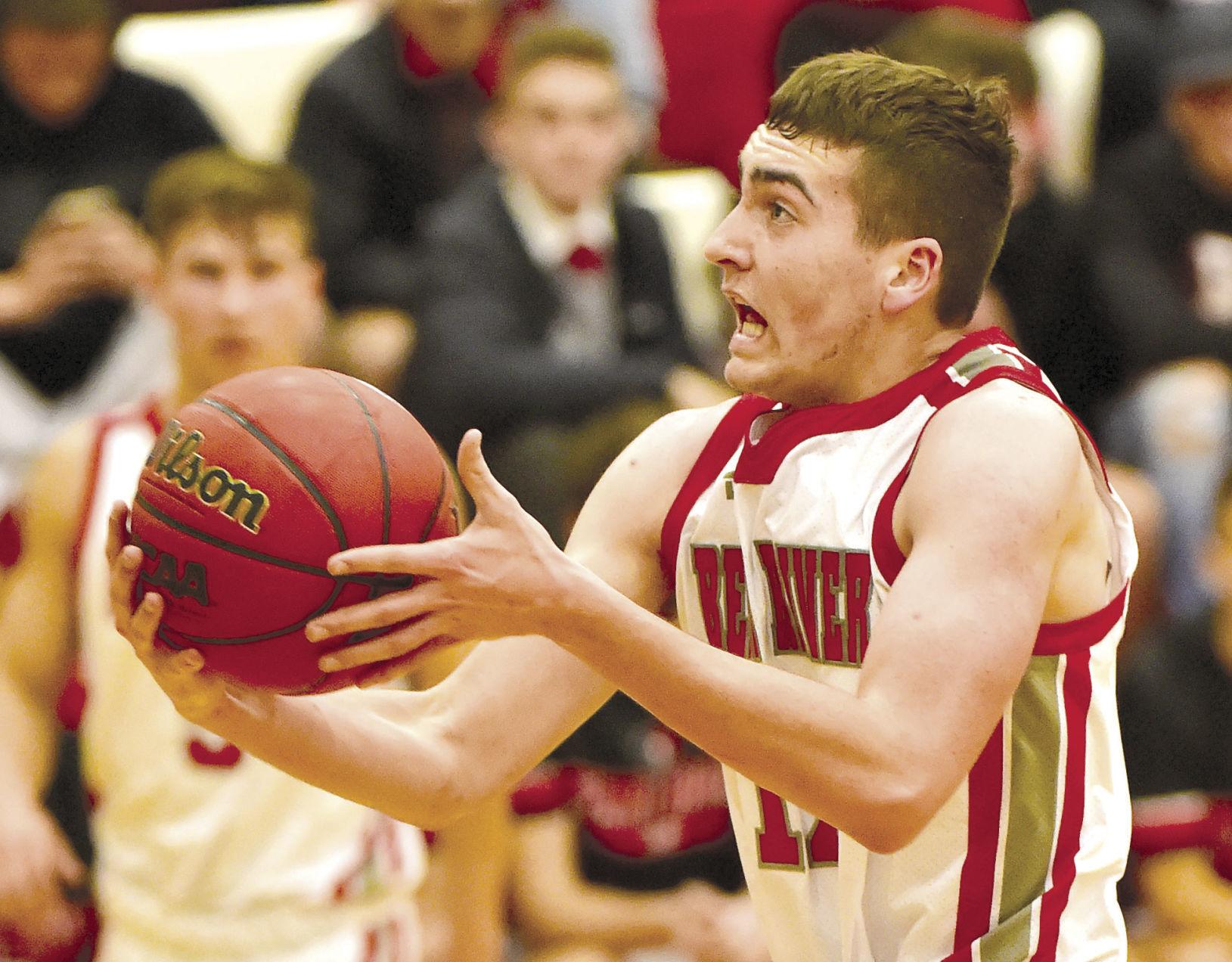 A 25-year-old Army helicopter pilot killed in a crash in Afghanistan was buried Monday at Brigham City Cemetery.

Chief Warrant Officer 2 Kirk Fuchigami Jr. was one of two Army pilots killed in the Nov. 20 crash while providing security for ground troops in eastern Logar Province outside of Kabul, officials said.

Fuchigami was a native of Hawaii whose wife, McKenzie Norman Fuchigami, is from Corinne. In the days following Kirk’s death, members of the Corinne community set up a mile-long display of flags and yellow ribbons along the road leading to the Norman family home in West Corinne.

Fuchigami’s remains arrived Saturday at Ogden-Hinckley Airport and were transported to a mortuary in Brigham City.

The Taliban claimed to have shot down the helicopter, but the U.S military dismissed that claim as false.