The floor of the Utah House of Representatives is viewed during the Utah legislative session Monday, Jan. 27, 2020, in Salt lake City. Lawmakers are expected to consider hundreds of bills over the 45-day period.

SALT LAKE CITY (AP) — The repeal of a sweeping tax overhaul that sparked a voter backlash would begin quickly, legislators said Monday as they began work for the year.

“We heard from the people. We listened to them,” said Republican Senate President Stuart Adams. The Legislature was expected to vote on the repeal Tuesday, and GOP Gov. Gary Herbert has promised to sign it quickly.

The surprise retreat was announced last week as a citizen referendum effort challenging it gained steam. The overhaul would have cut income taxes, but opponents were upset about hikes on food and gas. Lawmakers say the state still needs to make changes to bolster a shrinking sales-tax base, but suggested a sweeping new plan would wait until next year.

The repeal is just one of hundreds of bills that legislators are expected to consider over the 45-day session. Here’s a look at a few others:

With the state expected to roll out a formal medical marijuana program in March, lawmakers are expected to consider a proposal to make several changes. It would allow for the expungement of past drug charges for people who were prosecuted before the drug became legal to treat several conditions, said Connor Boyack with the Libertas Institute, one of the groups that advocated for legalization. The plan would also remove an unusual requirement that flowers be purchased in a plastic blister pack, something advocates said would have been onerous for patients.

Following a rash of nationwide deaths tied to electronic cigarettes, lawmakers will likely consider several proposals to curtail access to teenagers. One of those would allow schools to discard or destroy vaping devices, closing a loophole that required educators to treat them like electronics and return them to parents.

Several states are considering measures that would ban transgender minors from medical steps toward transitioning, including hormones and surgery. Republican Rep. Brad Daw has said he is drafting a similar bill, though LGBTQ advocates are already speaking out against the idea that they say would be potentially disastrous for those kids.

TOP: Karla and Chad Munns (center) received the Medium Business of the Year Award at the Box Elder Chamber of Commerce’s annual banquet on Friday, Jan. 24 at the county fairgrounds in Tremonton. ABOVE: Micah Capener (right) of Capener-Losee Real Estate in Tremonton receives the Chamber’s Businessperson of the Year Award from Kent’s Market store director Layne Julander at the Chamber’s annual banquet Friday, Jan. 24.

Layne Julander, director of the Kent’s Market grocery store in Tremonton, speaks to the crowd after receiving the Large Business of the Year award at the Box Elder Chamber of Commerce’s annual banquet in Tremonton Friday, Jan. 24.

Susan Poulsen (left) talks with Box Elder Chamber of Commerce staff after receiving the Chamber's Total Citizen of the Year award at a banquet held Friday, Jan. 24 in Tremonton.

A silent auction was held during the banquet.

For Karla and Chad Munns, running a business is a family affair.

As the recipients of the Box Elder Chamber of Commerce’s Medium-sized Business of the Year Award for 2019, the owners of Bear River Bowling Center and The Grille restaurant in Tremonton were the ones to stand and receive the award at a ceremony last week. But much like the others who received awards, Karla and Chad deflected the credit from themselves.

“All six of our kids and their spouses over the years have stepped up and helped build it,” Karla Munns said.

When Karla and Chad accepted a call two years ago to serve an 18-month mission for the Church of Jesus Christ of Latter-day Saints, their youngest son, Jordan, then just 20 years old, stepped up to take the reins in their absence.

“He learned how to cook and how to manage, and how to do all sorts of things,” Karla said. “He went through the school of hard knocks while we were gone, and we appreciate him doing a great job.”

The Chamber held its 2019 awards banquet last Friday, Jan. 24 at the county fairgrounds event center. The annual banquet featured silent and live auctions, a catered dinner, and a chance for the organization to celebrate its growth and success over the years.

Of course, the main event was to recognize individuals and businesses throughout the county who were voted by other Chamber members to receive the various awards given out.

“Sometimes we wonder why we do certain things, and I think that right there is exactly why we do this,” outgoing Chamber President Brandon Broadhead said in front of a packed house on Friday night. “It’s why we put forth the effort and organize these great events to recognize these people so the community knows. I think it makes us all want to do a little better every time we hear about these businesses and people who try to make this community better.”

The Businessperson of the Year award went to Micah Capener, a Tremonton real estate developer and longtime member of the Chamber, going back to when it was split into two groups covering the northern and southern parts of the county.

Like the others, Capener thanked his family and staff as he received the award.

“It feels like my staff and all the people who I work with should be getting this award, not me,” he said. “I’m so grateful for my wife and my family for their support.”

Capener said it was fitting for him that the awards ceremony was held at the fairgrounds, as he traces his start as a businessman to when he was a kid selling a bucket calf at the county fair.

“This is kind of where my entrepreneurial spirit was born,” he said.

“He’s a man of many talents and a great asset for us to have,” Broadhead said.

LeFevre didn’t give a speech, as he was busy coordinating the music for the evening. He chose songs specific to each award winner as they were introduced, playing The Cowsills’ “The Rain, the Park & Other Things” (commonly known as “Flower Girl”) when Drewes Floral & Gift was announced, and “Eat It” by Weird Al Yankovic when Kent’s Market stepped up for its award, drawing laughs from the crowd with each turn.

Kent’s Market’s Tremonton store received the Large Business of the Year Award, and store director Layne Julander was on hand to receive the honor, again deflecting credit away from himself.

“It really is an award for our entire company and the things they do in the community,” Julander said. “I’ve had the good fortune of working with some great managers that just make my job look easy. They step up, and I just have to walk around and take some of the pats on the back that they don’t always get for the things they do. I tried to get a few of them to come tonight, and true to what their form is, they just wanted to kind of stay out of the limelight and just do their jobs.”

Poulsen used her time at the podium to encourage those in attendance to help organize a community-wide Thanksgiving dinner for everyone.

“We would like to call upon you, the members of our loving community, to make this possible,” she said. “Compassion and gratitude have no limits, and with your help, we can make sure it reaches everyone.”

Kelly Driscoll, owner of Drewe’s Floral & Gift, said he’s seen a lot of growth in his 30-plus years of involvement with the Chamber, as evidenced by the crowd at the banquet.

“I’ve seen it grow from 10 tables to now we’re at 37 or more tables, so thank you everybody for supporting the Chamber over these many years,” Driscoll said. 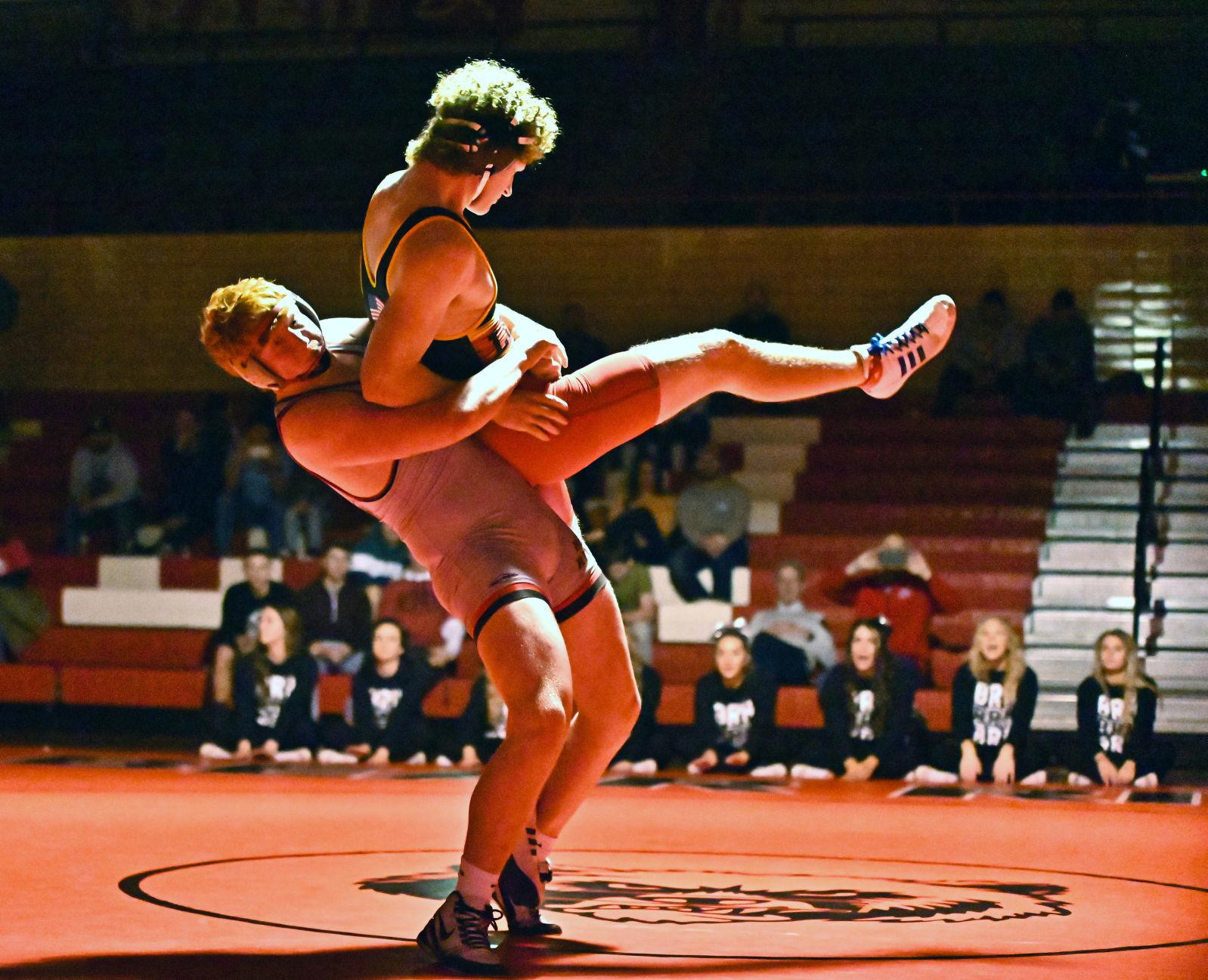 Authorities have released the identity of a woman who died at Crystal Hot Springs last weekend, but cannot say yet whether her death was due to drowning or another medical issue.

At about 3 p.m. on Saturday, Jan. 25, several agencies responded to a call reporting a possible drowning at the popular natural hot springs in Honeyville. When first responders arrived, they found that 51-year-old Christina Bailey, of Logan, had been taken out of the water, and other visitors at the springs who had medical knowledge were trying to resuscitate her.

Upon arrival, Tremonton EMS took over CPR efforts and Bailey was taken to Bear River Valley Hospital in Tremonton, where she was later pronounced dead.

According to the information available, Bailey and a friend were visiting the hot spring and were swimming in the large pool on the west end. A group of teenagers swimming in the same pool, noticing her struggling and determining she was in trouble, called for assistance.

At this point, an investigation has not confirmed whether the possible cause of death was drowning, or possibly another medical issue. Bailey’s body was sent to the Utah State Medical Examiner for an autopsy.

Several agencies responded to the scene, including the Box Elder County Sheriff’s Office, Tremonton Fire and EMS, Honeyville First Responders and others.