Flying for the frontliners

An employee at Bear River Valley Hospital waves to fighter jets flying over Tremonton on Thursday, April 30. The Air Force F-35A Lightning II Demonstration and 388th Fighter Wing, based at Hill Air Force Base, performed a formation flyover throughout Utah in salute to everyone on the front lines in the fight against COVID-19, as well as to those staying at home, to “flatten the curve” of the virus.

Russell M. Nelson (center), president of the Church of Jesus Christ of Latter-day Saints, and Utah Gov. Gary Herbert (left), participate in a reenactment of the driving of the Golden Spike at the event’s 150th anniversary on May 10, 2019, at Golden Spike National Historical Park in Promontory.

A year ago, Golden Spike National Historical Park hosted its largest event ever as tens of thousands of people from all over the world descended on the historic site in Promontory to celebrate the 150th anniversary of the completion of the nation’s first transcontinental railroad.

What a difference a year makes.

There will be no such gathering this year, as the park has canceled the popular annual celebration. Instead of hosting its biggest event of the year, the park’s visitor center remains shuttered until further notice due to the COVID-19 pandemic.

The National Park Service announced the cancellation “in response to guidance from the Centers for Disease Control, Utah Department of Health, and Bear River Health District … to support federal, state and local efforts to slow the spread of the novel coronavirus,” according to a press release.

While Utah is in the midst of a gradual reopening of the state economy, with some restrictions being relaxed, ongoing prohibitions and recommendations regarding mass gatherings and large public events mean the popular reenactment of the driving of the Golden Spike and other festivities surrounding the May 10 anniversary won’t be happening this year.

“The health and safety of our visitors, employees, volunteers, and partners at Golden Spike National Historical Park is our number one priority,” incoming Park Superintendent Brandon Flint said in a prepared statement.

Instead, Flint said, “this year we will commemorate May 10th on a more individual and personal level. Visitors can find commemorative videos, stories and photos on the park website and Facebook page to learn more about the day that forever changed our nation.”

Norm and Willie Nelson, co-chairs of the Golden Spike Association and longtime participants in the festivities, said the commemorative playbill that visitors have collected at past celebrations will still be produced and available at the park’s visitor center this summer.

“The 151st anniversary of the Transcontinental Railroad’s completion will still come to pass and deserves to be honored,” the Nelsons said in a statement.

In the meantime, and until further notice, the park’s visitor center and bookstore remain closed. According to the press release, the National Park Service is working with federal, state, and local authorities to closely monitor the COVID-19 pandemic, and will notify the public when full operations are to resume. Updates and more information will be posted on the park’s website, www.nps.gov/gosp; and on its Facebook page, www.facebook.com/goldenspikeNPS/.

For those who still want to visit the area, outdoor spaces and viewscapes at Golden Spike remain accessible to the public in accordance with the latest federal, state, and local health guidance, and entrance fees have been waived while during the temporary closure period. Visitors may still explore the Historic Last Spike Site, Big Fill hiking trail, and the East Auto Tour.

The 2020 U.S. Census has hit some snags due to the coronavirus pandemic, but the decennial count of the nation’s population has soldiered on, and Box Elder County has been near the forefront of the effort.

The latest data from the Census Bureau show that more than 61% of Utah households had responded to the Census questionnaire as of Monday, May 4, well above the nationwide response rate of 56.6%.

Census counts are used to determine how many seats a state receives in the U.S. House of Representatives, and determines how the federal government divides $1.5 trillion a year among the states and communities.

As of Monday, Utah ranked 12th among all states for its rate of response. Minnesota led the nation at 67.2%, while Alaska had the lowest response rate at 37.4%.

Utah’s northern counties continue to show the highest response rates. Morgan and Davis counties are leading the way with rates well above 70%, followed by Cache, Utah, Salt Lake, Weber, Tooele and Box Elder, where the rate was 62.8% as of Monday.

Box Elder’s most populous cities have been ahead of the curve, with Tremonton at 66%, Garland at 69%, Brigham City at 70% and Perry at 77%. Results have been varied so far among smaller towns, with Elwood reporting a 71% response rate and Honeyville at 39%.

Households are being asked to fill out questionnaires online using codes mailed to them, officials said, adding that phone responses were also made available.

Any residents who have not filled out the census yet were scheduled to receive a paper copy in the mail last week and another postcard reminder by May 9 urging participation. A census taker is expected to visit in person later this summer to collect information at houses that have yet to respond to digital and paper requests, the bureau said.

The Census Bureau strongly encourages the public to respond online at 2020census.gov. Households can respond online in English or 12 other languages, or by phone. For telephone responses, the toll-free numbers are (844) 330-2020 for English speakers or (844) 468-2020 for Spanish speakers. 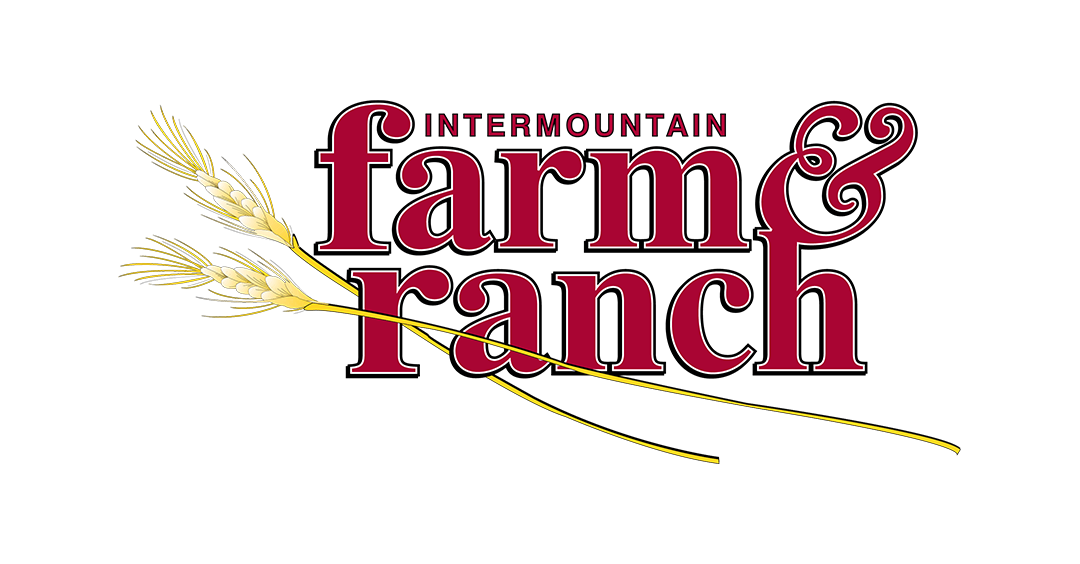 Local law enforcement authorities are investigating what they are calling a suspicious death after a Weber County man’s body was found in a remote part of Box Elder County on Friday.

According to Box Elder Sheriff Chief Deputy Dale Ward, a couple notified the sheriff’s office at about 6 p.m. Friday that they had discovered a body while traveling in the Salt Wells Flat area.

Deputies responding to the scene found a man who was “obviously deceased and had been at this location for at least several days,” according to a press release distributed by Ward.

The body was taken to the Utah State Medical Examiner in Salt Lake City. An autopsy performed on Saturday identified the body as that of 36-year-old Joshua George Haven, of Weber County.

According to the press release, an investigation is ongoing into Haven’s death, which is “obviously being treated as suspicious.” No conclusions have been reached regarding the cause or manner of death, the release stated.

The Salt Wells Flat area is near the northernmost tip of Great Salt Lake, approximately 25 miles west of Tremonton.

Ward said no further information about the case was available as of late Saturday.

Following the guidance of state and local officials, local restaurants have started letting customers back into their dining rooms for the first time in six weeks.

Last Friday, The Pie Dump in Garland held a limited reopening with 10 tables. Before making the move, the popular local restaurant asked Facebook users how they thought it should proceed, with many responding enthusiastically in favor of sitting in their favorite booths again.

Manager Maggie Fitzgerald said that response played a role in the decision to reopen.

“We figured if customers didn’t want us to, we shouldn’t be doing it,” Fitzgerald said, “but almost everyone said they wanted us to be open.”

While the dining room is open, things aren’t all the same as before. Tables near the entrance and cash register remain off-limits to facilitate social distancing, employees are wearing facemasks, and all food is being served in disposable to-go containers. The restaurant also has to briefly close at 10 a.m. every morning for a mid-shift cleaning and sanitizing.

Similar scenes are playing out across Box Elder County and Utah, where businesses are walking the line between getting back to normal and staying safe in the face of the coronavirus pandemic. The state lifted some restrictions on Friday, May 1, and local health departments have largely followed Gov. Gary Herbert’s lead.

“We are helping to support the governor’s phased guidelines,” Bear River Health Department spokesperson Holly Budge said. “What we’re trying really hard to do is walk through the guidelines with businesses so they can be successful, so we can reopen the economy but also protect public health.”

Some businesses and services in the area reopened on Monday, May 4.

The Grille restaurant in Tremonton used last weekend to prepare its dining room for a limited reopening on Monday. It, too, is keeping some tables closed to keep groups of customers apart from one another, and implementing extra cleaning and sanitizing procedures. The adjoining Bear River Bowling Center is opening at 2 p.m. Friday with precautions in place, including keeping every other lane closed and sanitizing of lanes and bowling balls after each group (this practice was already in place with rental shoes). The bowling alley is also requiring adult supervision with all groups.

The Tremonton City Library unlocked its doors at 10 a.m. Monday, with limited hours and services. Some of its new restrictions include a requirement for patrons to wear facemasks, limited use of library computers, and keeping testing and meeting rooms off limits, among others.

While some operating restrictions have been relaxed, it doesn’t necessarily mean people will automatically return to their pre-pandemic consumer habits.

Fitzgerald said dine-in business at The Pie Dump has been slow to resume so far.

“I think people are still kind of nervous,” she said.

The restaurant is still offering curbside pickup, and has expanded its takeout dinner service from one Saturday night per month to a Friday and Saturday, which Fitzgerald said it will do this weekend as it looks for creative solutions to make up for lost dine-in business.

“We want to thank all the customers who are still coming in, but want everyone to know you can still get curbside service if you don’t want to come in,” she said.

Some are still awaiting guidance on when they can start letting customers in again.

Crystal Hot Springs was originally planning to open last Saturday, but will have to wait until the state moves from the moderate-risk, or “orange,” phase to the low-risk, or “yellow,” phase, General Manager Adam Nelson said.

Budge said the health department is facing challenges in applying the requirements and guidelines to businesses that don’t always fit neatly into one category.

“It’s tricky,” she said. “This whole experience, we’re figuring it out as we go.”

The Bear River Health Department reported two new case of COVID-19 in its coverage area of Box Elder, Cache and Rich counties last week, bringing the total for the area to 62 cases. As of Monday, the death toll for the three-county district remained at one, and that was a case in which a Willard man contracted the illness while serving a church mission in Michigan.

The slowdown in new cases last week came as local testing options were being expanded. Last week, the health department started offering drive-through testing at its Brigham City office through a partnership with the Utah Department of Health and Community Health Centers, Inc. Before that, Bear River Clinic in Tremonton was the only place in Box Elder County offering drive-through testing.

While it’s too early to say whether the drop in positive tests last week represents an overall downward trend in coronavirus infections locally, Budge said the Bear River area has “been fortunate in where we’re at with our numbers.

“We believe our community has done a good job adhering to the recommendations of social distancing, staying home when sick, covering coughs and washing hands,” she said. “That’s truthfully what’s going to stop this illness. We would love not to see a second wave.”