Students at McKinley Elementary in Tremonton leave after the first day of the 2020-21 school year Monday, Aug. 31.

McKinley Elementary students depart from school on a bus after the first day of the 2020-21 school year Monday, Aug. 31.

A sign on the front lawn at McKinley Elementary welcomes students back for the 2020-21 school year Monday, Aug. 31.

Teachers and staff at McKinley Elementary help students reunite with their families at the end of the first day of the 2020-21 school year Monday, Aug. 31.

McKinley Elementary Principal Corynn Arehart helps direct people to the proper area to pick up their children after the first day of the 2020-21 school year Monday, Aug. 31.

After not seeing her students for nearly six months, Corynn Arehart said it was difficult to recognize some of them.

“The kids are so tall,” said Arehart, the principal at McKinley Elementary in Tremonton on Monday, Aug. 31, the first day of the 2020-21 school year. “Normally they come back after three months and it’s like ‘Oh, you got so big,’ but now some of them are a head taller.”

Thousands of students returned to the classroom in schools across the Box Elder School District for the first time since in-person instruction was suspended in mid-March due to the COVID-19 pandemic. Classes resumed Monday with a host of precautionary measures in place, the most visible being a mandate for everyone entering the schools to wear a facemask.

Per district policy, public schools in the county are starting out with half days for the first two weeks, a sort of trial run before full days are scheduled to resume.

Aside from the mask requirement inside schools and on buses, measures in place to minimize the spread of the new coronavirus include increased cleaning and sanitizing measures, limiting the sharing of school supplies between students, staggered lunch breaks and dining outside when the weather allows, among other new practices.

Schools have also implemented new methods to keep students organized and appropriately distanced when school gets out. When the school day ended at 12:25 p.m. Monday at McKinley and students began walking out the front doors, staff were in place to direct parents to one of several color-coded areas to match them with their children.

It’s just one of many changes that are necessary for the foreseeable future, and Arehart said things went smoothly on the first day, largely because of a massive planning effort over the summer.

“We’ve had tons and tons of meetings, trying to think through all the contingency plans, all the what-ifs, what can we plan ahead for, what can we try to mitigate as best as possible,” she said. “Some things you just can’t plan for until it happens, and then you stand together and refine.”

A line of cars stretched around the block as parents came to pick up their kids on Monday, but things had cleared out within 45 minutes after the final bell. Arehart stood curbside with a tablet in hand, helping direct parents to the proper pickup areas.

“Once we get the bugs out, it will be faster,” she said. “We really appreciate our parents’ patience.”

At McKinley, more than 90 percent of the school’s approximately 600 students are attending in person, with the remainder going for the online option.

Arehart said the kids on Monday seemed happy to be back among their peers, experiencing some semblance of normalcy at a time when such a feeling has been hard to come by.

“The kids were amazing today — not one single issue,” she said. “It was so fun to watch them smile with their eyes.”

A Tremonton man and his wife, who both spent nearly two years in a Venezuela prison, appeared at the Republican National Convention last week alongside President Donald Trump and four other people his administration helped free.

In a short video produced over the weekend and televised during the opening night of the RNC, Josh Holt, 28, who now lives in Tremonton with his wife Thamara, thanked Trump and several U.S. lawmakers including former Republican Utah Sen. Orrin Hatch for securing their release two years ago.

“We were held hostage in Venezuela for two years and you helped us get out,” Josh Holt told Trump. “Sen. Hatch worked with you very well on that as well and it was a great honor to be able to meet you right when we got back. ... It’s nice to meet you again and it’s great to be back helping people again through situations that they’ve gone through.”

Having just finished a mission with The Church of Jesus Christ of Latter-day Saints, Josh flew to Venezuela in June 2016 to meet the woman who is now his wife, another church member who he met online.

Shortly after their wedding, Josh was arrested and accused by the Venezuelan government of stockpiling grenades, an M4 and an AK-47 assault rifle, according to Idaho State Journal reports. Venezuelan authorities alleged Josh was attempting to destabilize, or overthrow the Nicolás Maduro regime.

Josh was held in a Caracas prison for 23 months without a trial before several U.S. lawmakers helped secure his release in May 2018. Shortly after his release, Josh appeared with Trump inside the Oval Office.

Josh described his appearance with Trump at the RNC as an honor, adding he was appreciative of the opportunity to once again share his story.

“It was a pretty cool experience,” Josh said. “Honestly, it was just an honor that they thought of me and I am super grateful to be able to show our support for the president. It was great.”

Josh said the process of being added as a speaker during the RNC lasted about a month and involved several date changes, one of which came after Trump’s brother, Robert Trump, earlier this month.

During the convention, Trump told Josh and Thamara that “the great people of Utah really wanted me to do something about the two of you and we were able to do it. And (it was) a little bit of a miracle, quite frankly.” To which Josh replied, “It was.”

Much has changed for Josh and his wife since they were freed two years ago. Nine months after his release, Josh’s mother Laurie Holt, who staunchly advocated to U.S. officials for her son’s release, died in February 2019, the same year Josh and Thamara welcomed a new baby girl, Oakley, into the world. Laurie and her husband Jason were both born and raised in Pocatello. Jason currently resides in Riverton, Utah.

Josh recently finished producing the last episode of a podcast launched in May titled “Hope in Darkness.” The 12-part series created by KSL Podcasts covers the harrowing story of the time Josh and Thamara spent inside a notorious Venezuelan prison and were punished for crimes they did not commit.

Moving forward, Josh would like to publish a book that provides readers with in-depth stories about his and his wife’s incarceration, focusing less on the political climate of Venezuela highlighted in the podcast and more on their own personal accounts, Josh said.

Josh ended his conversation with the Journal Tuesday afternoon again sharing his appreciation for Trump and his advisors for securing his release and working to liberate other Americans wrongfully held in foreign countries.

“With everything that is going on right now I want to thank the entire Trump administration and especially U.S. National Security Advisor Robert O’Brien, former (Republican Tennessee) Sen. Bob Corker and (former Republican Utah Rep.) Mia Love for bringing us home,” Josh said. “ It’s important for people to know these individuals, and people like them, have a huge focus on getting Americans that are stuck abroad released. It’s a great comfort to know that if I ever have anything that happens to me again or anyone else I know that they have our back.” 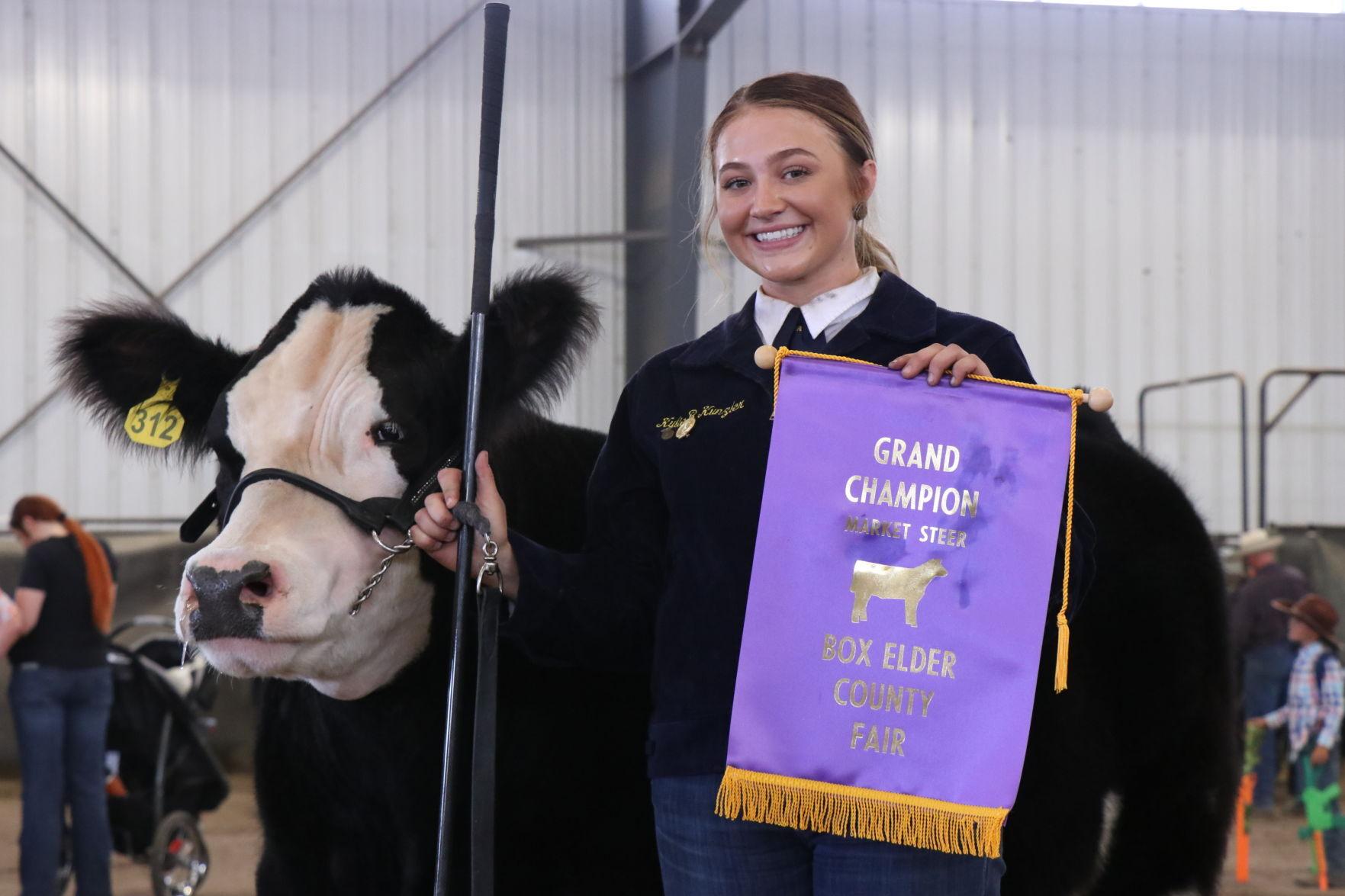 Hang-up calls to 911 have been on the rise for our dispatch center, as well as every other center. We’re looking for your help, so that we can continue to provide the best service to the community.

Handling 911 hang-ups can sometimes be a relatively long, drawn-out process for our dispatchers. We never know if the person on the other end of the line is having an actual emergency or not. We can be taking away from providing the best service when we are constantly working on hang-ups.

How can you help?

• Stay on the line if you call 911 by accident. One of the best things a dispatcher likes to hear is that there is no emergency. People frequently panic and hang up thinking that the call hasn’t gone through yet, but in most circumstances it already has. If your phone call is connected or ringing, our dispatcher is already being notified about a potential emergency. Staying on the line significantly reduces the amount of time the dispatcher spends on 9-1-1 hang-ups.

• Teach children about 911 at a young age. Children playing with phones, sometimes even old, disconnected ones, are frequent callers as well. If you have children, speak to them about when the right time to call 911 is, and what to do when they call 911.

• Check your devices: There are features on your phone that allow you to hold a button or combination of buttons which will call 911 automatically.

If you have one of those devices, consider checking the “SOS” or “Emergency Call” settings. Your cellphone carrier has more information about these settings.

By helping us with these things, you can help ensure that you and your neighbors are getting the best service from our Center.

What happens when you call 911?

There are number of different answers to this question depending on the situation. However, there are some things you can expect to happen on almost every call. The first two questions you will be asked when you call 911 are:

• 911 What is the address to your emergency?

• What is the phone number you are calling from?

The operator will ask you to repeat both of these two answers to verify it is correct.

Once this information has been verified the dispatcher will ask what the problem is, and for details regarding exactly what has happened.

From this point in the call going forward, the call can change quite a bit. If you are calling for an ambulance, we are required by protocol to ask certain questions pertaining to the patient. We also have the ability to give pre-arrival instructions before the ambulance arrives. These include, but are not limited to CPR, childbirth, choking and more.

Here are some tips to help the dispatcher get you help.

• Stay as calm as possible.

• Listen to the Dispatchers questions and instructions.

• Stay on the phone until the dispatcher instructs you to disconnect (unless you are not safe doing so).

These four simple guidelines will assist us in getting you the needed help faster.