Heart surgery patients have long been able to go the hospital in Tremonton for help with recovery from their conditions, even before Intermountain Bear River Valley Hospital opened in 2009.

Today, the hospital’s cardiovascular rehabilitation program has progressed to the point that it has become nationally recognized and certified.

After a lengthy application process, the program was recently certified by the American Association of Cardiovascular and Pulmonary Rehabilitation. The accreditation last for three years, at which point all certified facilities must go through the process again.

Having the endorsement of a well-established, national organization means that heart patients who come to the hospital can have more confidence that they will see better outcomes, said Carol Herzog, a physical therapist who has been with the hospital for 11 years.

“It means basically we can give people assurance that we’re using best practices,” Herzog said. “Sometimes in rural settings hospitals don’t have a lot of these types of programs, so it’s nice we can say that about our little Tremonton hospital. You don’t really have to leave the area. You don’t have to go to Logan, Ogden or even Brigham City” for top-notch cardiac rehab services, she said.

The cardiac rehab program is for patients who have undergone cardiovascular surgery, whether it is having stents placed, valve replacement or repair, or even more serious procedures.

Patients in the program typically make two or three visits a week for a period lasting anywhere from 18 to 36 weeks.

Patients are hooked up to telemetry monitors that measure whether the heart is responding normally during exercise.

“It gives (patients) confidence to do these things in a safe environment, where if anything should happen we have our emergency department, doctors and nurses right there,” Herzog said. “There’s research to support that rehab after surgery actually prolongs their life by an appreciable amount. It makes a difference to get into a cardiac rehab program, to get the heart working in a better way.”

Herzog said the application process to become certified is “quite extensive,” and represents a lot of work over the past year.

“It’s a lot of hours and time, and very particular, detailed requirements,” she said. “They check whether or not we’re taking blood pressures correctly, and if patients are showing the right changes and improvements that are in the literature.”

It also requires continuing education for all staff members on a variety of topics and heart-related health issues.

Bear River Valley Hospital submitted its application earlier this year, and after several months of review by the AACVPR, was approved on the first try.

“It’s a hard certification to get. I think they were pleased with way we do it,” Herzog said.

She said it’s common for hospitals that apply for the certification to have “to go back and fill in the gaps,” so being able to avoid that remediation process says a lot about the effectiveness of the local program.

In 2018, AACVPR moved to an outcomes-based process with performance measurements that represent more meaningful outcomes. Therefore, AACVPR-certified programs are leaders in the cardiovascular and pulmonary rehabilitation field because they offer the most advanced practices available and have proven track records of high quality patient care. 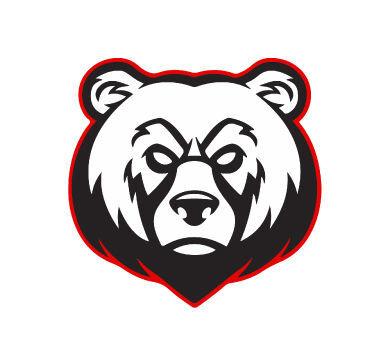 Rusten Thornley stands beside a monument placed at the site of a 2005 van accident on I-84 near Tremonton that claimed the lives of eight Utah State University students and their instructor. Thornley raised the funds and organized the effort to build and install the memorial for his Eagle Scout project.

Rusten Thornley was too young to remember the freeway accident a few miles outside of Tremonton that took nine lives almost 15 years ago, but he’s well aware of it.

His mother, Katie Thornley, lost a relative and close friend on Sept. 26, 2005, when a van carrying 10 Utah State University students blew a tire on the way back from an agricultural field trip and rolled at high speed.

Eight of the students, along with the instructor who was driving, lost their lives that day.

Not long after the crash, a memorial banner displaying the words ‘Always Remember’ appeared at the site. In 2008, USU installed a stone-and-metal sculpture on the Logan campus as a tribute to the victims: Steven Bair, 22; Dusty Fuhriman, 22; Justin Gunnell, 24; Justin Huggins, 22; Jonathan Jorgensen, 22; Curtis Madsen, 23; Ryan McEntire, 22; Bradley Wilcox, 26; and instructor Evan Parker, 45.

Unlike the campus memorial, however, the banner at the crash site was not built to last and eventually succumbed to Mother Nature. Before it disappeared several years ago, whenever the Thornley family headed out on I-84 to camp or hunt on family property in the northwest corner of Box Elder County, they would point out the sign near mile marker 34 and reflect on the lives cut short, including Huggins, who was Katie’s cousin.

“We are just two weeks apart. We grew up together,” Katie said. “The day they buried him he had been home two months from his mission.”

A few years ago, Katie’s husband and Rusten’s father, Russell, suggested that something more permanent should be in place at the site. Rusten remembered the idea, and when it came time for the avid scouter to get going on his Eagle Scout project, the task before him was clear.

After a year of planning, fundraising and hard work, Rusten was there on a sunny day last month to help guide an 8-foot-tall granite marker into place. The monument is inscribed with the names of the crash victims and a lyric from a tribute song written around the time the campus memorial was installed: “We Thank God for What You Planted.” It also pays homage to the banner that stood at the site for several years, with the words “Always Remember” carved across the top.

Rusten said the direction and details of the project were unclear at first. He started out with a plan to erect a metal road sign at a cost of “a couple hundred bucks,” but began to think bigger after talking with Scoutmaster Reed Summers, who suggested a community fundraising effort.

“He said there were a lot of people in the community who would want to help pay for it,” Katie said.

Last year, on the 14th anniversary of the accident, Katie wrote a Facebook post explaining the project and inviting the local community to get involved. What came next was an outpouring of generosity far beyond what the Thornleys had imagined. Within two days they had raised $2,300, and donations were still rushing in.

“It just blew up,” Rusten said. “It was really cool to see how everybody was really happy about it.”

Two of the victims, Huggins and Fuhriman, were from the Tremonton area and graduated from Bear River High. The fact that more than 200 people chipped in to the cause reaffirmed not only a community-wide sense of loss that still reverberates today, but also a lingering desire to keep the victims’ memories alive.

“One of the neatest things was seeing how the community all in some way was tied to this tragic accident,” Katie said. “They either knew someone in the accident or passed it and stopped, or worked the scene as an officer or first responder/ambulance crew.”

As the donation total approached $5,000, local farmer and businessman Eric Webb caught wind of the effort and offered to match the donation total. Just like that, the budget for Rusten’s project had grown to $10,000.

One night, Lynn Martineau, a fellow LDS ward member and scout leader, was visiting with Rusten to discuss his project. Martineau mentioned that his wife Michelle’s family had a monument business in Logan, Brown Monument.

“We checked them out to see what they could do, met with them, and decided they would be a really good option,” Rusten said.

Rusten also met with businessman Jay Stocking, who helped him design something that would stand the test of time. They shared their plans with the people at Brown Monument, and soon the dream had become a reality, permanently etched in granite.

Robbie Petersen, one of the two accident survivors, was touched by the project in a unique way.

Petersen, a Bear River Valley native, went on to receive his degree from USU in 2011 and was recognized at the graduation ceremony by Stan Albrecht, the president of the university at the time.

After graduation, Petersen moved around through a few jobs before returning to Tremonton, where he took over as manager at Western Seeds in 2019.

“It’s a good tribute,” he said of the monument. “It’s a lot nicer than I thought it would be.”

Petersen said he thinks about that fateful day “all the time,” but has learned to use the experience in positive ways.

“It certainly gave me a better appreciation for life, how precious it is and how quickly it can change,” he said. “I’ve learned that you have to take the moments you have right now.”

On July 7, a truck from Brown Monument arrived at the site and lowered the memorial into place, completing an effort that on its surface had taken most of the previous year, but had been in the works in the minds of the Thornleys and many others for much longer.

While the young men and their instructor who died that day can’t be brought back, Katie Thornley said it’s comforting to finally have a permanent reminder of them in place.

“When you lose someone you love, you get scared that people will forget them,” she said. “These boys, they’re not forgotten.”

While the economy in Utah has taken a big hit this year due to the COVID-19 pandemic, things are rolling along at Northrop Grumman Corp. — so much so that the company is looking to fill more than 600 open positions across Utah, including in Box Elder County.

Northrop Grumman is currently hiring for a wide range of jobs at its Utah facilities from Promontory to Magna to Hill Air Force Base. It’s looking for everything from engineers to accountants to entry-level assembly workers.

Much of the demand stems from contracts the company has with the U.S. Department of Defense to supply and support missile defense systems. The company is planning to open its new Innovation Center in Roy next month, and recently opened a new facility at Hill Air Force Base to support the military’s Ground Based Strategic Deterrent program, the nation’s next-generation Intercontinental Ballistic Missile system, which company spokesperson Jennifer Bowman said will support jobs in Utah for the next 50-plus years.

Most of the current openings are at the new facility in Roy, but approximately 75 of them are located in Box Elder County, with hundreds more available in Weber and Davis counties within commuting range for Box Elder residents.

“There are so many opportunities right now,” Bowman said. “It’s not just one type of employee we’re trying to get.”

For much of the past decade, the company then known as Orbital ATK had seen its employment numbers in Utah declining due to a drop in available contract work. Northrop Grumman, one of the world’s largest defense contractors, purchased Orbital ATK in 2017 for $7.8 billion, and has been working to secure more work in Utah since the acquisition.

“We’ve turned that corner and are really shooting up,” Bowman said. “It’s exciting.”

In addition to its partnerships with the U.S. Air Force and NASA, Northrop Grumman’s Utah facilities also provide parts for commercial aircraft. The Promontory facility specializes in solid-rocket motors for defense and space programs, and also produces military flares and other related products.

For more information on job openings at Northrop Grumman, and to apply, visit northropgrumman.com/jobs. A function on the website allows users to narrow their searches by job title, location and category.