(Left to right) Nurse Stacie Colby, parents Keshley Rhodes and Hayden Haddock, grandparents James and Leigh Hausbach (looking through window), and Rhodes’ mother Tora Knowles pose for a picture in the labor and delivery unit at Bear River Valley Hospital on Wednesday, June 24, before Rhodes gave birth to a healthy boy named Boone. Most family members had to wait outside due to visitor restrictions at the hospital, but hospital staff improvised by setting up a canopy on the lawn and providing cold drinks on a hot day.

Since last fall, Keshley Rhodes and Hayden Haddock had been eagerly anticipating the arrival of their first baby.

Rhodes and Haddock were experiencing all the feelings — excitement, apprehension, joy and more — that come with impending parenthood, but they weren’t counting on a global pandemic that would have a major impact on the routines and support systems that expecting parents often take for granted.

As the COVID-19 situation grew more serious, medical facilities had to implement visitor restrictions and other measures to prevent the spread of the coronavirus. As Rhodes progressed into the third trimester of her pregnancy, Haddock was no longer able to accompany her on her regular doctor visits.

“He had been to all of my appointments with me, and suddenly they weren’t letting him in,” Rhodes said. “It was stressful to think of having to do it by myself.”

The restrictions also meant that most family members couldn’t be in the room when the baby arrived. When the young parents showed up at Bear River Valley Hospital on June 24 to bring their son into the world, Rhodes was only allowed two visitors — her mother and Haddock — to be in the delivery room and offer support while she went through labor.

The new grandparents would have to wait outside, but they weren’t going to miss the moment for anything. Nurse Stacie Colby had mentioned to Rhodes that others who had been in a similar situation made the best of it by waiting on the lawn outside and watching through the window.

Haddock’s parents brought some lawn chairs so they could sit outside the delivery room and look in. Recognizing that they could be there all day under the hot summer sun, hospital staff improvised by erecting a canopy outside the window to shield them from the sun, and brought them cold drinks.

Rhodes’ father and other family members would join them later in the day, and the family was united for the monumental occasion — albeit with a wall in the way — when a healthy Boone, weighing 7 pounds, 3 ounces and measuring 21 inches long, was born.

Leslee Garn, the labor and delivery manager at the hospital, said everyone in the family was very understanding that they couldn’t be in the room for the big moment.

“They are super positive and making the best out of the COVID situation and visitor restrictions,” Garn said.

Haddock’s parents, James and Leigh Hausbach, wrote in a Facebook post that they understood the need for the precautions.

“We were extremely grateful that we could be a part of the birth of our first grandchild even if it meant doing so through a window,” they wrote. “Bear River Valley Hospital was so kind to us … and the best part of it all is our beautiful, perfect little Boone!”

Colby responded: “It touched my heart to see you walking up with chairs ... most people have been so upset about the visitor restrictions, you guys just made the best of it,” she wrote.

The effort of the hospital to make things feel as normal as possible is something the new parents will never forget.

“The compassion they showed, not only to me and my son, but to our entire family — it brought us to tears,” Rhodes said. “It was very sweet that they were so considerate of everybody.”

As for her choice to give birth at Bear River Valley Hospital, “I couldn’t recommend them more,” she said. “We felt like we were the only people in the world having a baby.”

Rhodes and Haddock are both from Tremonton but now live in Willard, where they are basking in the glow of first-time parental bliss. Rhodes said that through it all, the most important thing is that Boone is healthy and doing well in his new world.

“We’re just adjusting to the new life of being parents,” she said. “Luckily it all worked out, and one day it will be a great story to tell him about all this pandemic stuff.” 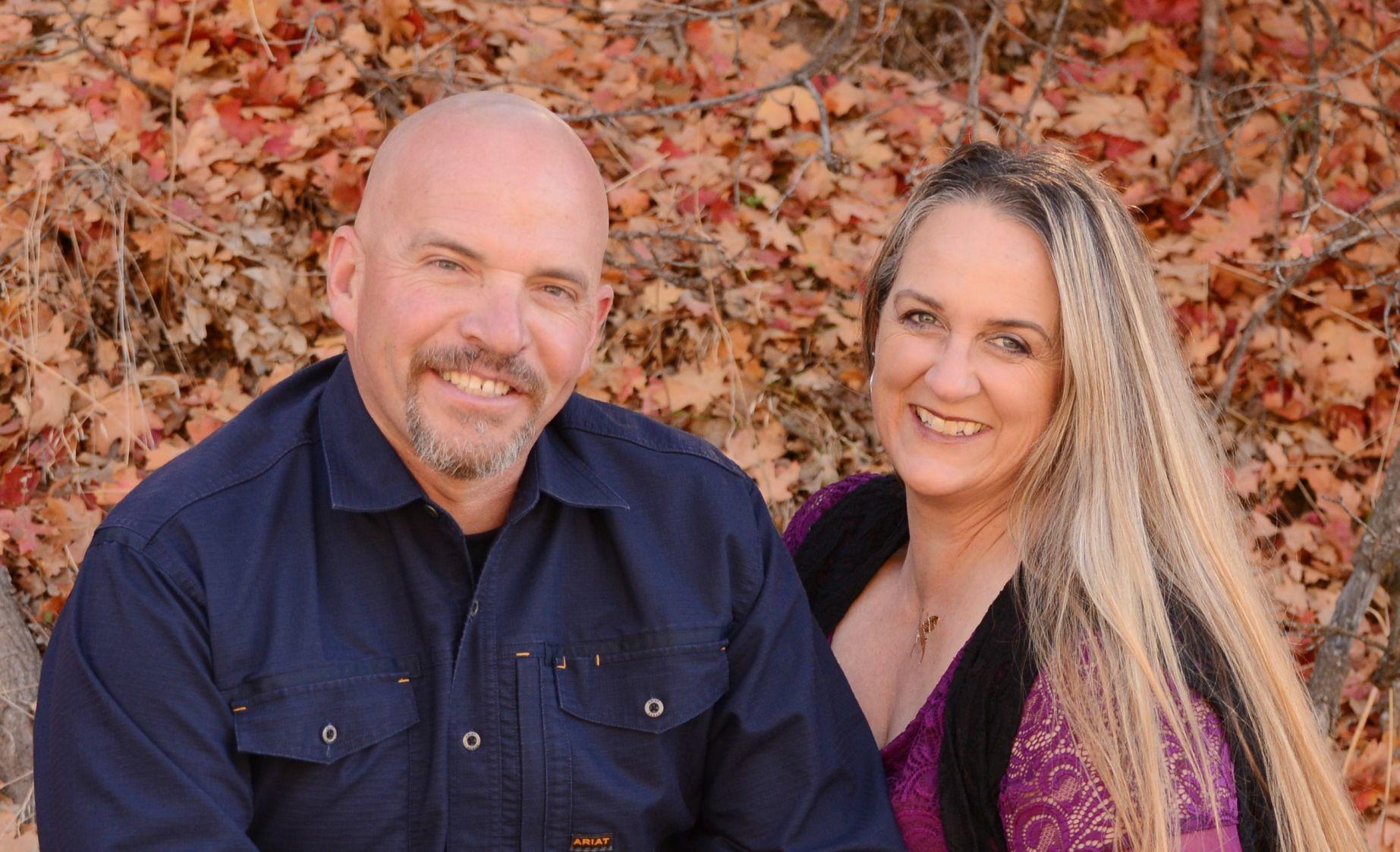 As recently as a month ago, Garland officials weren’t sure whether the long-running summer celebration of their city’s heritage would be able to happen this year.

While concerns about spreading the coronavirus have forced out some of the main events at Wheat & Beet Days, Mayor Todd Miller, the city council and the event committee worked together to come up with a plan designed to preserve the 90-year-old tradition while helping people stay safe.

“A lot of cities are canceling everything, and that’s not really a bad idea, but we feel we have a lot of things to be thankful for and celebrating,” Miller said. “We want to show everybody that we’re tough enough to stick through this and stick together.”

Attendees at this Saturday’s festivities won’t see the usual parade, and food-centered events like the library breakfast are also out, but Miller said there are still plenty of good times on tap.

The 5K fun run from the Garland Public Library to the city park is happening this year, but instead of a single start time, people are encouraged to follow the course at their own convenience to promote social distancing and avoid forming a crowd at the starting line. Participants can post their times and photos on the library’s Facebook page for a chance to win prizes, and fun run T-shirts are being sold online at www.garlandlibrary.org.

The PAWS for Applause dog agility trails are also on the schedule. The show put on by local 4-H members is always a crowd favorite, with dogs large and small guided by their young handlers through an obstacle course.

Teams from the Rocky Mountain School of Baseball will play a tournament at the park all day long, followed by a friendly rivalry game of softball between Garland and Tremonton at 6 p.m.

The city decided to keep its cook shack closed for the day this year, instead turning food service over to privately run food trucks that will be dishing up goodies on site throughout the day and evening.

There will also be a variety of vendors in attendance. Miller said the city has waived vendor fees for the day, and those who haven’t yet made arrangements can still get in on the action by calling the city.

Live music will take over the park at 8 p.m. Opie’s Alumni, Dixon, and Haze with special guests Factory Street will provide the tunes leading up to a fireworks show at 10 p.m. to cap the festivities.

Miller said the Wheat & Beet lineup this year strikes a balance between “keeping things as normal as possible” and adapting to the reality of the situation.

“We’re making something good out of this summer,” he said. “We can’t be held down by this virus.”

Downtown Brigham City was closed to vehicle traffic during the city’s annual Peach Days celebration in September 2019. The event has been canceled for this year due to the COVID-19 pandemic.

Organizers have decided to cancel Brigham City’s Peach Days celebration this year, putting the brakes on the city’s largest and longest-running community tradition.

Peach Days is the city’s signature annual festival, drawing thousands of locals and tourists to experience local foods, arts and crafts, live entertainment and a carnival in the middle of town.

“While we are disheartened at the thought of a year without this traditional event, we feel that moving forward with the given uncertainty would be a risk to our community, businesses, volunteers, vendors and guests,” said Monica Holdaway, executive director of the Box Elder Chamber of Commerce, in a press release issued July 2.

Holdaway said organizers made the difficult decision after consulting with city officials, the Bear River Health Department, and local community groups. Marcie Powell, president of the Chamber board of directors, said canceling the festival “was one of the hardest decisions the Chamber and Board has had to make in a very long time.

“Knowing the rich history and tradition behind Peach Days I can assure you this decision was not made lightly or without extensive conversation amongst the Board,” Powell said. “However, and with the current State guidelines the health and safety of our community is much more important to us.”

Brigham City Mayor Tyler Vincent said he supported the decision in light of a recent uptick in COVID-19 cases in the area, and thanked the Chamber for their efforts in trying to make it work.

Holdaway vowed that Peach Days will be back, “and we will endeavor to make it better than ever, but for now we will focus on our business members to make sure they, too, return stronger than before.”

With last week’s announcement, Peach Days becomes the latest in a string of cherished summer traditions in Box Elder County that have been halted or otherwise affected by the COVID-19 pandemic. Garland is holding its annual Wheat & Beet Days celebration this weekend and Tremonton’s City Days is on for later in July, but both will move forward without their traditional parades, community meals and other events that would be likely to run afoul of social distancing guidelines.

Many smaller events have also been impacted, including Bear River City’s Pioneer Days celebration, which was recently canceled.

“We have waited patiently hoping for a positive change while exhausting all of our faculties trying to find ways to mitigate risk,” a statement from the Bear River City Council reads. “In the end, we feel it is best not to take any chances and adhere to the counsel of our government health officials.”

Instead, the city has planned a professional fireworks show for Friday, July 24, and is encouraging residents “gather in your yards and look to the sky as we put on a show to honor our Pioneer Heritage.”

Like most of the state, Box Elder County has remained in the “yellow,” or low-risk phase of reopening, under the state’s color-coded system since mid-May. County officials petitioned the state in mid-June to move into the “green” phase, which would have removed restrictions on large gatherings, but that progression has been put on hold as the area has seen a notable rise in COVID-19 cases in recent weeks.

The situation has put organizers of the Box Elder County Fair in a challenging spot as they work to salvage one of the largest summer events in the state and the region.

The county fair board of directors is meeting today to discuss what modifications might need to be made depending on whether the county is able to move into the green phase, and which events need to be prioritized.

“We’re still moving forward” with plans to hold the fair, Board President Jan Rhodes said, “but there’s a lot that we just don’t know right now.”

Rhodes said the junior livestock show — the centerpiece of the fair for many — is a top priority.

“We’re really trying to do something for the youth livestock show,” she said. “The kids have been working so hard on that.”