Firefighters worked through the night to extinguish a dangerous fire that broke out last weekend at a scrap-metal recycling facility in northern Box Elder County.

The fire started just before 6 p.m. Saturday at a landfill owned and operated by Western Metals Recycling, located at 7400 W. 21200 North, just north of the Nucor Steel plant west of Plymouth.

County firefighters were joined by crews from Plymouth, Portage and Fielding to fight the blaze, which presented a challenge because it was fueled by toxic rubber, plastics and other non-metallic parts of junked vehicles. A hazardous materials team from the Bear River Health Department and an ambulance from Tremonton were brought in due to the unique threat posed by the toxic fuels.

Explosions from burning airbag modules added to the difficulty as crews battled the blaze through Saturday night and into Sunday morning.

“As firefighters worked on the fire, airbag modules would ignite, sending parts up into the air where the firefighters were ever watchful for their safety,” a press release from Box Elder County Fire stated.

One firefighter was sent to a local hospital to be treated for smoke inhalation, but was expected to make a full recovery. No other injuries were reported despite the dangerous conditions.

Several structures were threatened but the fire crews, with help from Western Metals workers and contractors, were able to build a fireline and keep the flames from damaging nearby buildings.

“Thanks to the crews and equipment from Western Metals and their contractors, the fire is now capped with dirt and snuffed out,” according to the county press release issued Sunday afternoon.

Once the flames were extinguished, crews remained on the scene for another 48 hours or longer to watch for any possible flareups.

The cause of the fire was still under investigation as of Monday.

“It was hard and scary work for all the firefighters and they did an amazing job keeping everyone safe,” Box Elder County Fire Marshal Corey Barton said. “The crews couldn’t have gotten this fire capped with water alone. The owner (Western Metals) and their crews did a lot to help get the fire capped.”

Western Metals processes a variety of scrap metal, with the Nucor plant as the primary customer for its Plymouth location. The Sandy, Utah-based company operates seven facilities in Colorado, Utah and Nevada, and according to its website is the largest scrap-metal recycler in the Rocky Mountain region.

The steer portion of the Box Elder Junior Livestock Show was a big hit at the county fair again this year. With many aspects of the fair being absent or altered, organizers focused their energy on the livestock show and the Golden Spike Rodeo.

The steer portion of the Box Elder Junior Livestock Show was a big hit at the county fair again this year. With many aspects of the fair being absent or altered, organizers focused their energy on the livestock show and the Golden Spike Rodeo.

Less than two months before the Box Elder County Fair was scheduled to take place, organizers still weren’t sure whether it would happen at all.

Uncertainty was the only certainty when the fair’s board of directors met in early July to decide the fate of the 2020 version of the near century-old tradition. County leaders had asked the state for permission to relax some COVID-19 regulations and hold larger gatherings, but hadn’t received an answer.

Under the weight of a self-imposed mandate to either pull the trigger or pull the plug, at the end of the day the board chose the former, but with some big concessions. The bandstand at the fairgrounds and the adjoining lots where the buzz of the carnival, live music and commercial vendors would normally charge the air sat eerily empty, save for a handful of hardy souls who signed up to provide fair-favorite foods to the die-hards who stuck around.

What organizers finally settled on at that pivotal July 8 gathering was to hold tight to the heart and soul of the fair – the Junior Livestock Auction and the Golden Spike Rodeo.

Of course, even those core events were shaped by the pandemic in significant ways. The rodeo had to incorporate a face-covering requirement for fans, drawing the ire of some and even calls on social media to boycott the event in protest of what has become a politically charged topic.

County commissioner and fair board member Stan Summers said it was disappointing and frustrating to have to operate under the same COVID-19 restrictions as most of the Wasatch Front when Box Elder County hadn’t been hit as hard by the virus.

“I was very surprised we couldn’t go to green (in time for the fair),” Summers said.

At the same time, he was heartened by the way organizers stayed positive and focused on preserving some key elements.

In the end, Summers said the rodeo sold more than 14,000 tickets over four days, including attendance in excess of 5,000 on the final night – impressive numbers, he said, especially when compared with events in other nearby counties, which were either sparsely attended or canceled altogether.

The biggest change for the livestock auction was moving it to an online-only format. Youth in 4-H and FFA were still able to show their animals before enthusiastic crowds, but all bidding was done over the internet. Instead of staying in pens at the fairgrounds, all animals went home with their owners at the end of the day, and the different shows were spread out more over the course of the week.

“We weren’t sure if it was going to amount to much or not,” said Lyle Holmgren, president of the Box Elder Junior Livestock Show board.

Last year’s record-breaking haul of nearly $1.3 million would have been a tough act to follow under normal circumstances. Despite the sudden change of format, almost 200 fewer animals shown, and lower market prices for livestock in general, the auction had brought in $663,900 by the time online bidding closed.

The numbers still aren’t final, as the practice of “boosting,” or making donations to individual projects, remains open on the auction website until Tuesday, Sept. 15.

“With the boosts, I think we’ll be close to a million dollars,” Holmgren said.

Despite the challenges brought by the need to overhaul the entire process on short notice, he said there were some positives with the new format that could become a more permanent part of the show in the future. Bear River Live, which is known for livestreaming Bear River High sporting events, provided live streams of the shows that were popular among people who don’t live in the area or couldn’t attend, and online bidding provides another option for buyers.

“I’m guessing that next year, barring any more pandemics, we’ll be back to the way we’ve done things,” Holmgren said, “but from here on out, I think we’ll see a hybrid (of online and in-person bidding).”

Regardless of the sale amount, Holmgren said the main goal was accomplished – to give the youth an opportunity to show and sell their animals.

“The choice was either to do it this way or not have it, and nobody was going to stand for that,” he said, thanking the dozens of volunteers who made it possible.

“The volunteers were fabulous,” he said. “Everybody just hunkered down and did their part, and made it so.”

Summers said this year’s fair was a learning experience, and by all accounts a successful one given the circumstances.

“It wasn’t normal, but what’s been normal lately?” 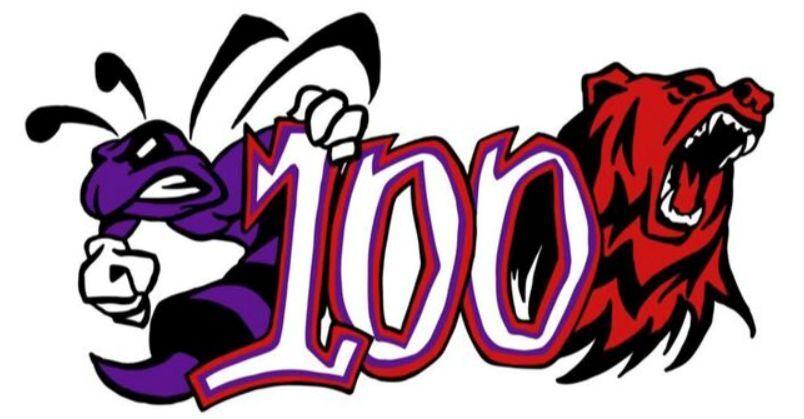 County officials last week denied a proposal from a landowner to rezone 225 acres of property in the Hansel Valley for a landfill that would accept solid waste from Wasatch Front communities located south of Box Elder County.

The Box Elder County Board of Commissioners voted not to rezone the property owned by Randy Moulding, who appeared before the commission at its Sept. 2 meeting to plead his case.

Moulding said he recently received permission from the State of Utah to create and operate a landfill that would take garbage from Weber and Davis counties.

“We went through six years of the DEQ (Utah Department of Environmental Quality),” he said. “They permitted my landfill because it was the right thing to do.”

In denying the rezone, commissioners followed the unanimous recommendation of the county planning commission, which cited several concerns including widespread public opposition, close proximity to an important water source, susceptibility to flash flooding and earthquakes, adverse effects on neighboring properties, and lack of need with other available landfill space in the county.

Chris Hogle, an attorney representing Moulding, said those concerns were addressed when his client went through the state permitting process. He said there would be no adverse impacts on neighboring properties because Moulding already owns the neighboring properties, and said a need for the facility has been established by customers who have already approached Moulding about it.

“We went through a painstaking, time-consuming process, and heard from multiple interested parties,” Hogle said. “All these issues, environmental issues — all of that was addressed.”

County Commission Chairman Jeff Hadfield said public opposition and environmental factors were enough to warrant a denial of the application.

“I was at the public hearing and saw quite a force of public outcry against the landfill,” Hadfield said. “There are concerns that the public and adjacent landowners have, and I think they’re legitimate concerns.”

County Commissioner Stan Summers said that with plenty of space available at the existing county landfill, the need for another one simply isn’t there.

“When it comes to the need, excluding any other landfill, our landfill is good for our residents for another 100-plus years or 200-plus years,” Summers said.

The county granted a permit for a landfill at Promontory Point in 2004, and Moulding said his proposal meets the same criteria as that operation. While the county helped the operators of the Promontory landfill secure bond financing, improved the road to the facility and spoke on behalf of it before state regulators, he said the same standards aren’t being applied to his proposal.

“I have just as much right to have a landfill as they do,” he said. “I feel discriminated against.”

Hadfield said that situation was different because the Promontory landfill was already active when the county offered its help.

“I view that as an active, viable business that was actively permitted,” he said. “We do that with a lot of businesses here in the county if we can help them without making the county liable or anything like that. We usually do try and assist businesses and help our economy, so in that regard, I don’t think we’ve approached that any differently than we have any other business.”