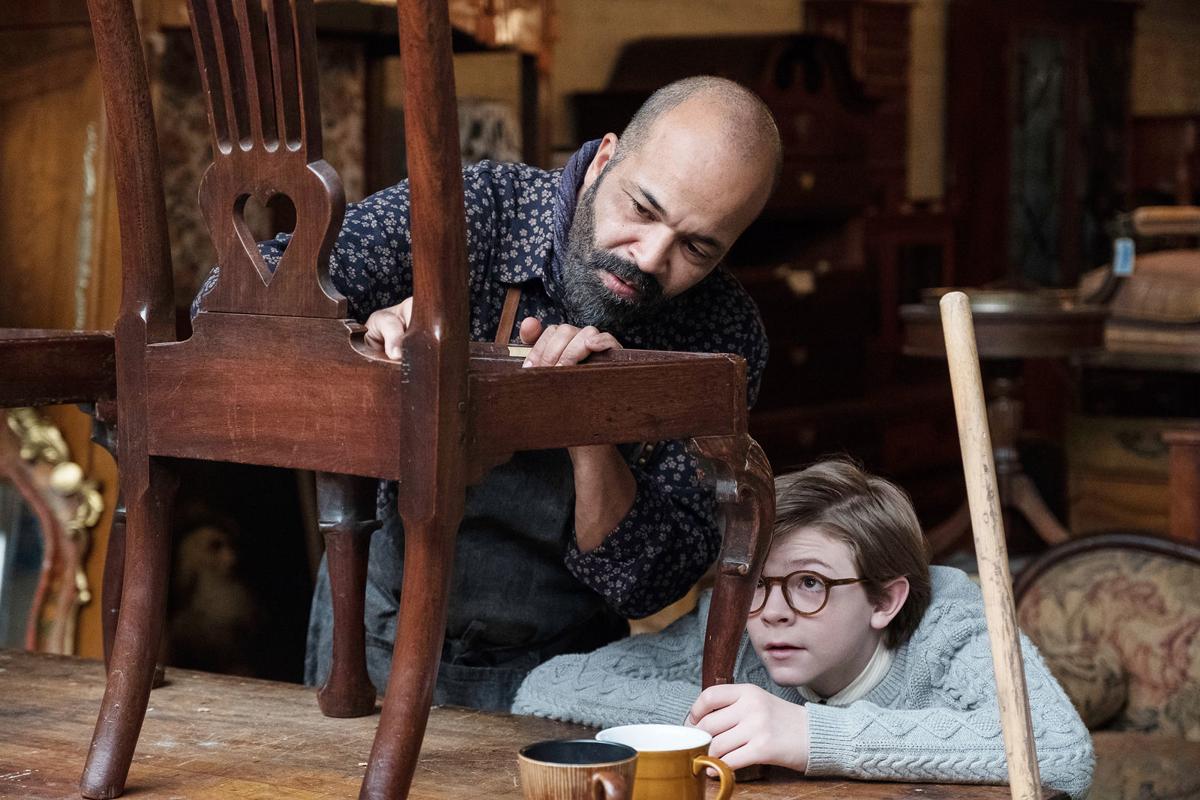 This image released by Warner Bros. Pictures shows Jeffrey Wright, left, and Oakes Fegley in a scene from “The Goldfinch,” in theaters today.

This image released by Warner Bros. Pictures shows Jeffrey Wright, left, and Oakes Fegley in a scene from “The Goldfinch,” in theaters today.

‘Goldfinch’ filmed masterfully but it fails in character, story development

Life can change in an instant. That’s what “The Goldfinch” would like to say to you — rather heavily at times as we watch a promising kid, Theo Decker (played by Oakes Fegley when young and Ansel Elgort when grown), have his life turned upside down after a senseless bombing.

Based on Donna Tartt’s novel, “The Goldfinch” weaves a tale that feels more like a novel than a screenplay. It meanders along through two and a half hours telling its story, piecing together its elements in a non-linear literary fashion.

Theo experiences a heinous bombing that claims the life of everyone around him, including his mother. Understandably, he’s distraught about losing his mom. Moments after it happens, Theo is lost, both literally and metaphorically. He never fully recovers. He only attempts to forget, with little success.

Inexplicably, Theo also takes a prized painting that happened to survive the blast. The movie’s central mystery revolves around the painting, but it is simply the MacGuffin. It’s a way to drive the story and connect Theo’s life with meaning, grief, and regret.

The reviews out of the Toronto International Film Festival, where it premiered, were not good. While the movie is laborious at times and seems to take twice as long as it should to make its point, it’s not all that bad.

For one, famed cinematographer Roger Deakins is behind the camera creating beautiful shots in a film that would otherwise be filled with generic ones. Taking place solely in urban and suburban areas, the surroundings don’t naturally lend themselves to cinematic scenery. But, Deakins can create the extraordinary out of the ordinary. It’s quite something.

For a movie this long it’s compelling enough to keep interest. The mystery behind the painting and the spotty flashbacks that reveal more as the movie moves along, keep the intrigue up. It’s not the greatest of mysteries, but it certainly garners thoughts from the audience of what transpired in those few horrendous minutes Theo was alone and afraid.

As a drama, it could be better. The acting here doesn’t exactly convey the depth of emotion that should be on screen. Everyone seems so despondent. Maybe that’s the point. All these people are just so numb to the world around them that they can’t function like normal human beings.

We all deal with grief different ways. Theo becomes a shell of himself. An imposter. Every good thing in his life turns to garbage, and it’s hard not to feel sorry for him.

With all this manufactured tragedy, it’s hard to tell when the story is being serious. Theo must have the worst luck of anyone, ever. Sure, he survived the bombing, but after he’s cursed to live a life where terrible things constantly happen to him. Is the story laying it on too thick? We feel sorry for Theo, but when is enough, enough?

“The Goldfinch” has its problems. It’s not a perfect movie by any means. There are, however, a few hidden gems within this otherwise mediocre dramatic outing.