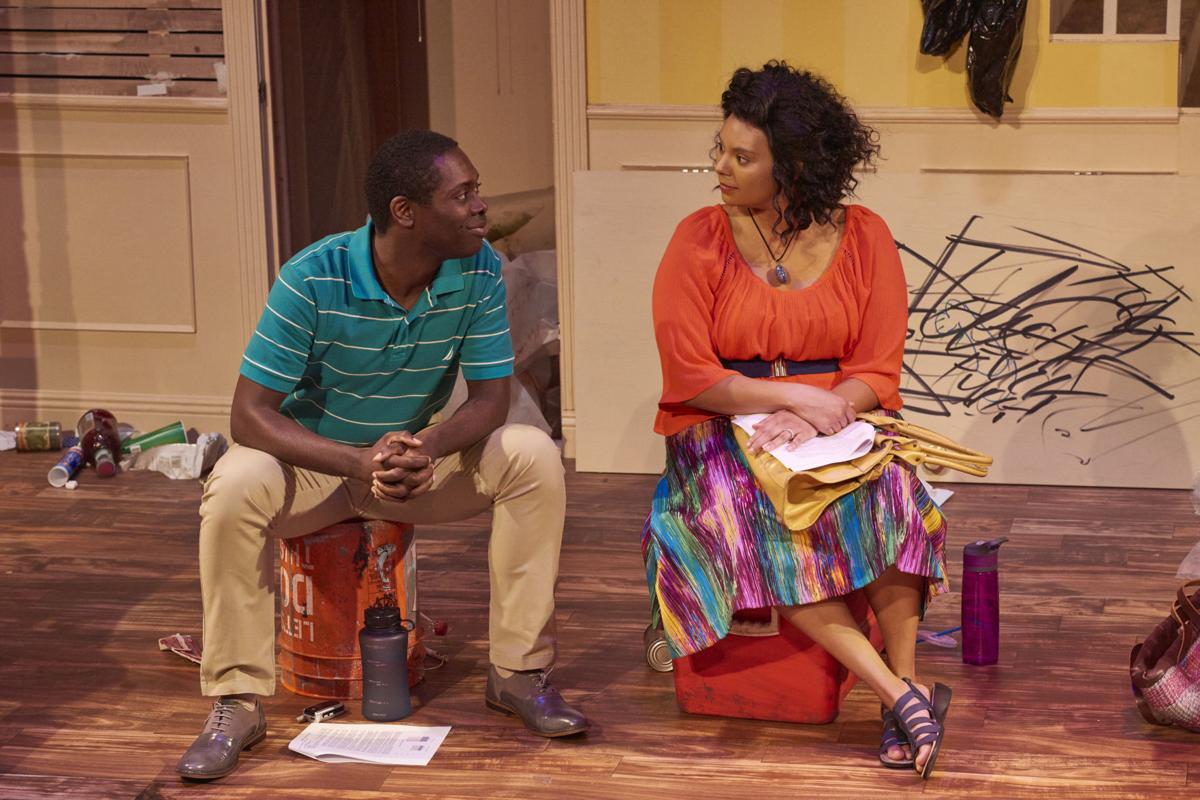 Jeremy Keith Hunter and Alaina Dunn during a scene in the satirical drama “Clybourne Park” at the Lyric Theatre in Logan.

Jeremy Keith Hunter and Alaina Dunn during a scene in the satirical drama “Clybourne Park” at the Lyric Theatre in Logan.

In a surprisingly gutsy move, the Lyric Repertory Company is playing the high-voltage drama card again in its 2019 season.

That gamble pays off beautifully in the Lyric’s ongoing production of the Pulitzer Prize-winning drama “Clybourne Park.” Under the amazing direction of artistic producer Adrianne Moore, this show is a big winner, being marvelously performed by a brilliant ensemble cast.

The playwright delivered equal doses of drama and satire in his script. That makes the Lyric production blisteringly funny on one hand and disturbingly thought-provoking on the other.

Lyric veteran Toby Tropper provides the only character link between “A Raisin in the Sun” and “Clybourne Park.” He plays Karl, a know-it-all neighbor trying to stall the integration of an all-white Chicago community to self-righteous perfection in both productions. Tropper co-stars with seven equally talented actors, with some of them being familiar faces from the splendid cast of “A Raisin in the Sun,” which included actors and actresses from Howard University in Washington, D.C.

Those performers don different characterizations in each act of “Clybourne Park” as their confrontations evolve from being based strictly on racial tensions to other motivations including issues of political correctness, sexual orientation and economic status.

The performances by the cast of “Clybourne Park” are excellent across-the-board. But watch out for Jeremy Keith Hunter; he can steal scenes even when he doesn’t have any lines to speak. Tropper is also particularly amusing when he returns in the second act as Steve, a self-professed bleeding-heart liberal, until you get under his skin. Madison Kisst displays real dramatic chops and delivers some of the play’s most on-target satire with deadpan aplomb.

When the curtain comes down, “Clybourne Park” seems to suggest that, regardless of race, sexual orientation or economic status, people are all pretty much the same – and that may not be a good thing.

Additional performances of “Clybourne Park” are slated at the USU Black Box Theatre through Aug 2. For ticket information, visit lyricrep.org.

Charlie Schill has directed and performed with theater groups in the United States and overseas. He also served as theater critic for daily newspapers in Texas and Japan.