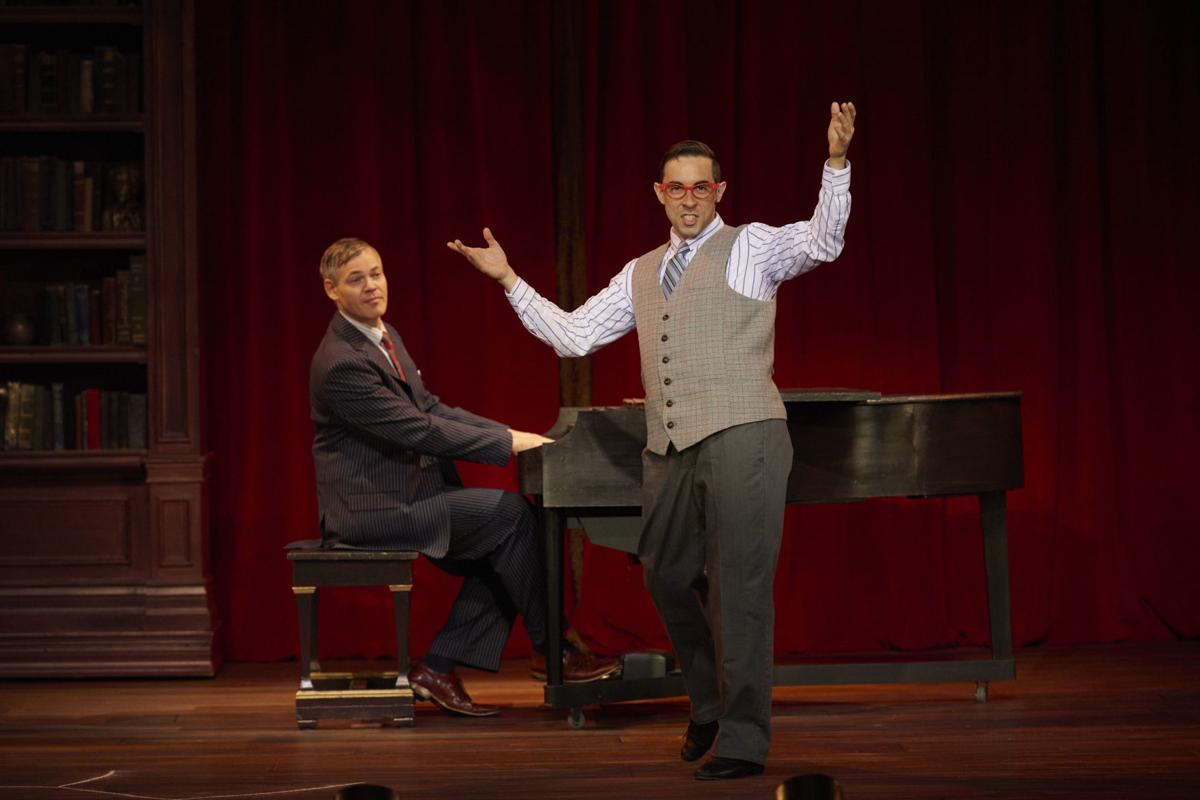 If you don’t think that a 90-minute farce with a tiny cast can be as entertaining as a full-scale musical comedy, then you obviously haven’t seen the Lyric Repertory Company’s current production of “Murder for Two.”

At first glance, it seems to be a simple show to stage. All you need is a garden-variety drawing room set, a baby grand piano and two actors. Oh, did I mention that the actors have to be able to sing, dance, play the piano, portray 13 separate characters and be absolutely, totally uninhibited?

As it name implies, “Murder for Two” is a take-off on those traditional locked-room murder mystery plays -- like the kind Agatha Christie might have written if she were funny, musical and a little bit androgynous. I don’t know where playwrights Joe Kinosian and Kellen Blair got the idea for this wacky whodunit, but I can’t imagine anyone performing the play better than Shorey and Van Tielen.

As Marcus Moscowicz, Van Tielen plays an inept beat cop with delusions of being a detective who stumbles over the murder of a prominent author at his own birthday party. Shorey meanwhile does the heavy lifting in “Murder for Two;” he gets to portray all 12 of the party guests turned murder suspects who come in a wide variety of ages and genders. Storey does it all without costume changes, relying instead on rapid-fire shifts of voices and mannerisms to clearly identify each of the potential perpetrators.

During the hilarious investigation that follows, Shorey and Van Tielen aren’t supported by an orchestra or recorded music. The actors bang out the show’s witty original score themselves, trading the roles of pianist and vocalist throughout the evening.

Long story short, the Lyric’s production of “Murder for Two” works brilliantly because Shorey and Van Tielen are so incredibly versatile. The audience left the performance I saw marveling at the talent the show’s performers had displayed. So did I.

Additional performances of “Murder for Two” are slated at the Caine Lyric Theatre in downtown Logan through Aug. 3. For ticket information, visit https://lyricrep.usu.edu.

Charlie Schill has directed and performed with theater groups in the United States and overseas. He also served as theater critic for daily newspapers in Texas and Japan.