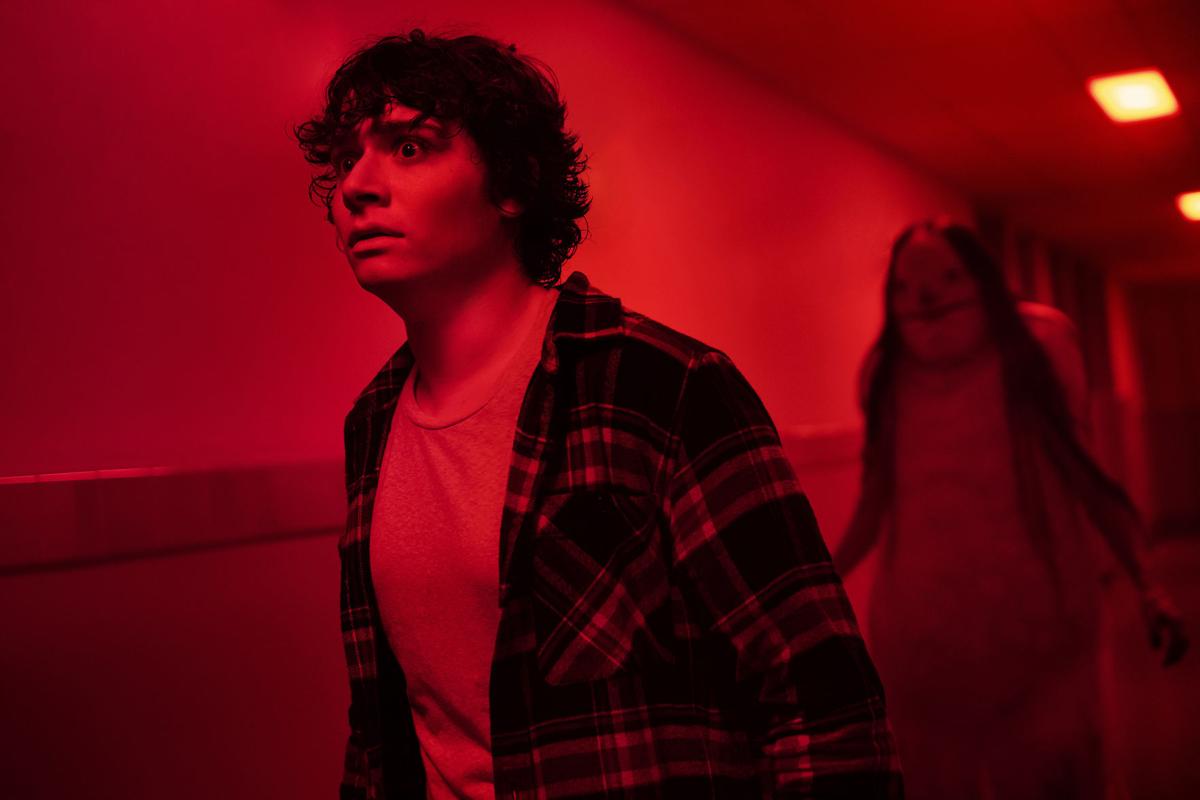 Austin Zajur as Chuck Steinberg appears in the film, “Scary Stories to Tell in the Dark.”

Austin Zajur as Chuck Steinberg appears in the film, “Scary Stories to Tell in the Dark.”

“Scary Stories to Tell in the Dark” may not be directed by Guillermo del Toro — he’s listed as a having a hand in the screenplay and producing — but his unique influence is felt all over the place. So many horror movies, especially PG-13-rated ones, feel stale. This one feels a little fresher than the rest.

That’s not to say “Scary Stories to Tell in the Dark” doesn’t follow through with a few tired horror tropes — it does. When scary stuff starts happening, it’s up to the young heroes of the story to comb through old newspaper clippings to uncover why a certain spirit is so troubled. That part is like every other horror movie you’ve seen.

The part that feels new is how the story plays out. A group of kids finds a book in an old abandoned house that is filled with gruesome one-page campfire stories that seem to come to life. Essentially, it’s “Goosebumps” for adults.

The stories themselves each contain their own cringe-inducing humanoid monster that’s just real enough to be believable, but just repulsive enough to be frightening.

Stella (Zoe Margaret Colletti) is a loner who wants to be a writer. Her only friends are Ramon (Michael Garza), Auggie (Gabriel Rush) and Chuck (Austin Zajur). They form a little group much like the Losers’ Club in “It.” They’re also bullied like the kids in “It,” but the bullying isn’t as life-threatening.

After they find the cursed book, bad things start happening. Each scary story that appears in the book starts happening to the people in the group. They get more bizarre as the movie progresses. The monstrous nightmares conjured by the book could only come from del Toro’s singular mind. He has this way of tweaking monsters to make them look just weird enough to be terrifying. The imagination on display here is where the movie really works.

While this movie is based on a book kids check out at elementary school libraries, it certainly isn’t a movie for younger ones. The imagery is disturbingly grotesque in some sequences.

Unlike many PG-13 horror films, “Scary Stories to Tell in the Dark” keeps its tension and flows well even when it gets a bit bogged down in the familiarities of the genre.

The scares are impressive. The movie doesn’t rely too much on surprising jump scares, either. The tension is built from good old-fashioned suspense.

“Scary Stories to Tell in the Dark” is impressively creepy without going over the top. It showcases the delightfully demented mind of del Toro. Director André Øvredal does a beautiful job creating a horror flick with real suspense without it feeling like it’s resorting to cheap tricks.

It’s strange that it’s getting released right now, because this is a perfect Halloween season movie.

Aaron Peck is a movie critic based in West Jordan. He attended USU for his undergrad and graduate degrees. Even though he’s moved out of Cache Valley he still considers himself a resident and a lifelong Aggie. You can follow him on Twitter: @AaronPeck.