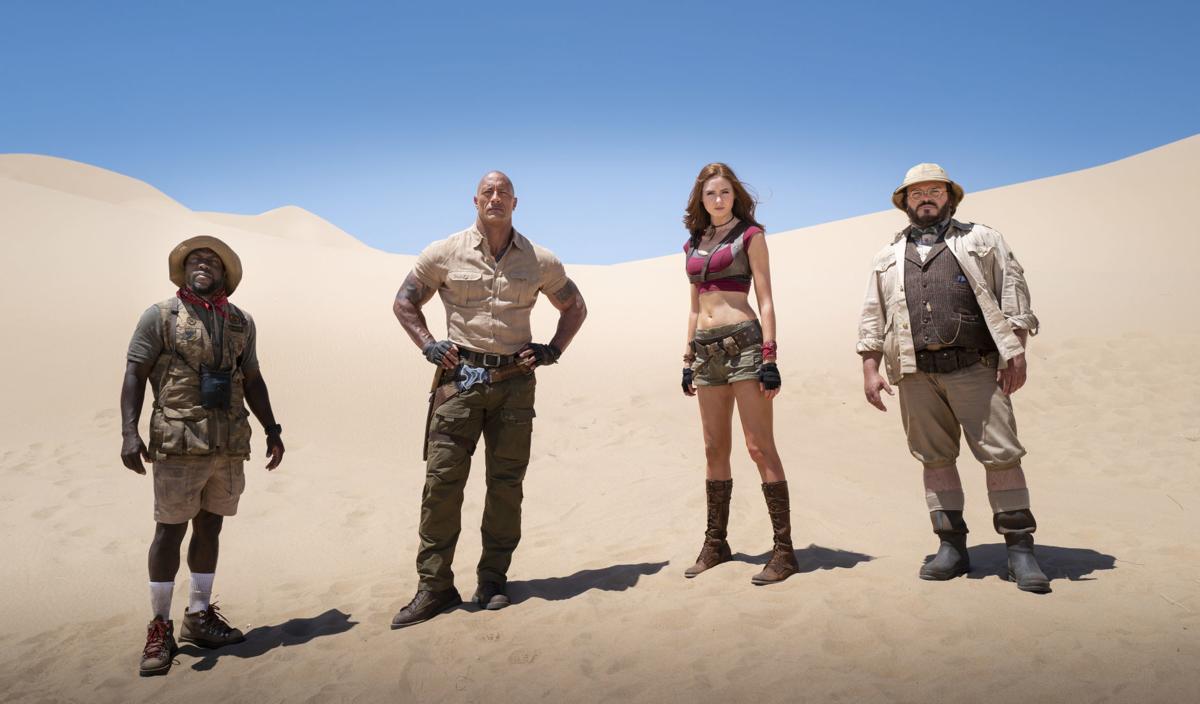 Like all successful videogame franchises, it’s the connection to the characters and their growth that keeps new players coming back for more. “Jumanji: The Next Level” taps into that aspect by providing the same characters but offering up a completely different situation that throws the known “Jumanji” world for a loop. The new character interactions provide for a level of development that doesn’t seem like it should be possible for such a silly movie.

We rejoin the cast of kids from the first movie, but this time they’re grown up and facing identity challenges. Spencer (Alex Wolff), the main protagonist, is trying to come to terms with growing up and apart from his friends. He lives in the city now and has apparently hit a rocky patch in his relationship with Martha (Morgan Turner). Fridge (Ser’Darius Blain) and Bethany (Madison Iseman) seem to be pretty much the same, but happier about who they are.

Spencer goes home for the holidays to visit his family and friends. There we meet Eddie (Danny DeVito), Spencer’s grandpa. “Getting old sucks,” Eddie laments as he shuffles around the house running into furniture. Milo (Danny Glover), Eddie’s estranged friend, comes to visit also. Their relationship is strained to say the least.

Anyway, Spencer is feeling down on himself. He misses being Dr. Bravestone (Dwayne Johnson) and decides to reconstruct the remnants of the Jumanji video game to reenter it so he can feel what it’s like to be a physical specimen once again. Only the game doesn’t do exactly what he wants it to do and it isn’t long until Spencer’s friends must go in after him to save him.

The old men are sucked in too, creating a hilarious dynamic where Milo becomes Mouse Finbar (Kevin Hart) and Eddie becomes Dr. Bravestone.

Where “Jumanji: The Next Level” succeeds is building on the jokes of the first without simply recycling them. There’s a decent number of inside gags that provide laughs for those who understand the context, but there are a wide variety of new jokes – specifically provided by old men stuck inside a video game – that provide a wealth of comedy.

Everyone involved is having a whole lot of fun with the ridiculousness of it all. Johnson and Hart get to switch it up and instead of emulating teenagers they get to pretend to be clueless old men and the result is often hilarious.

In a vast land of stale Hollywood blockbusters “Jumanji: The Next Level” has tapped into a well-balanced world of exciting action and great humor. A perfect family film for the holidays.