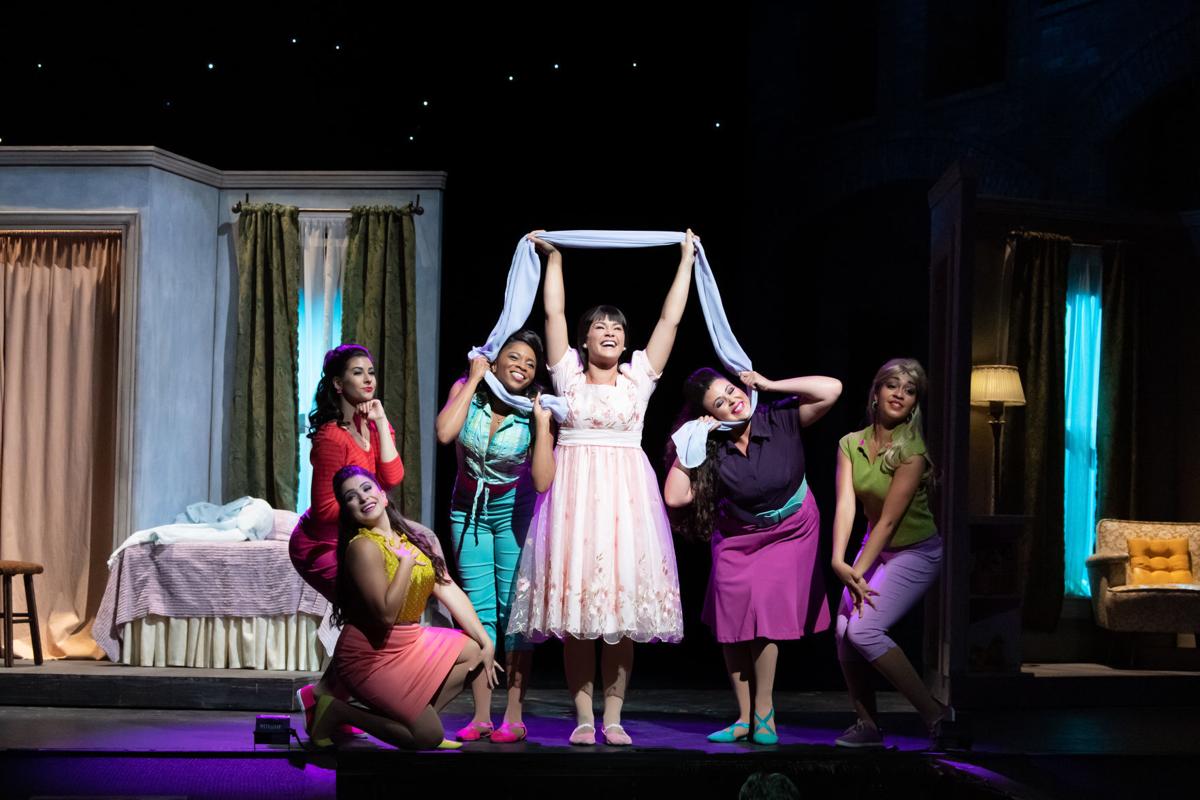 When performing one of the greatest works in the whole canon of American musical theater, the quality bar is naturally set sky-high. The Utah Festival Opera & Musical Theatre’s ongoing production of the classic “West Side Story” easily vaults that bar and continues into the heavens.

“West Side Story” is an urban retelling of “Romeo and Juliet,” set against the backdrop of ethnic street-gang warfare in the late 1950s. The show is dated, but never outdated because its themes of star-crossed love and violence fueled by senseless hatred are timelessly universal.

UFOMT impresario Michael Ballam promised his audiences to stage a production of “West Side Story” that was faithful to the original artistic visions of director/choreographer Jerome Robbins and genius composer Leonard Bernstein.

Ballam achieved that almost impossible goal by delivering — under the direction of guest conductor Karen Keltner — philharmonic-quality orchestration; Broadway-caliber acting; opera-quality singing; and dancing equal to the demands of any ballet. The combination of those factors makes this production of “West Side Story” truly magnificent.

Director George Pinney is blessed with a mostly young and multi-talented cast in this UFOMT production. They are all solid actors, gifted vocalists and – most importantly – they can dance. That latter skill is critical to any production of “West Side Story” because dancing drove this musical’s narrative to an unprecedented degree when it premiered in 1957.

The dancing by ensemble members in this production lives up to that challenge. It is marvelously stylized, drawing on ballet techniques for its fluid grace and modern jazz music for its aggressive personality.

UFOMT veterans Benjamin Adams and Olivia LaBarge literally personify the excellence of this production in their portrayals of the doomed lovers Tony and Maria. Both actors give their characters an air of carefree teenage optimism that contrasts sharply with the sullen hopelessness of the show’s other performers. They have real on-stage chemistry, making their shared scenes a delight to watch.

Moreover, in the midst of a cast filled with exceptional voices, Adams and Ms. La Barge stand head-and-shoulders vocally above their co-stars. Adams is a tenor with remarkable range and power; Ms. LaBarge is an exquisite soprano. Their duets are simply breathtaking.

Additional performances of “West Side Story” are slated at the Ellen Eccles Theatre in downtown Logan through Aug. 3. For ticket information, visit utahfestival.org.

Charlie Schill has directed and performed with theater groups in the United States and overseas. Schill also served as theater critic for daily newspapers in Texas and Japan.