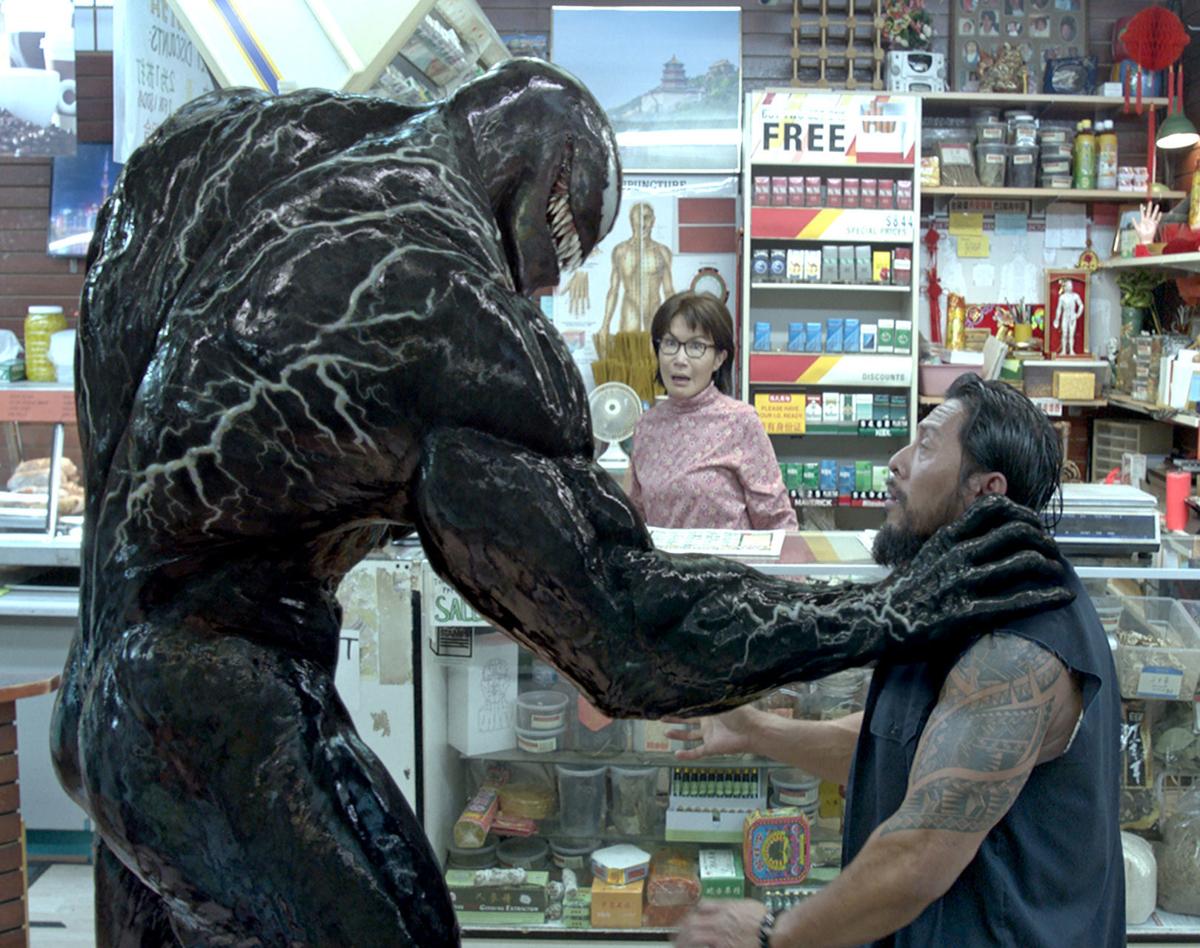 These images were released by Sony Pictures showing scenes from “Venom.” 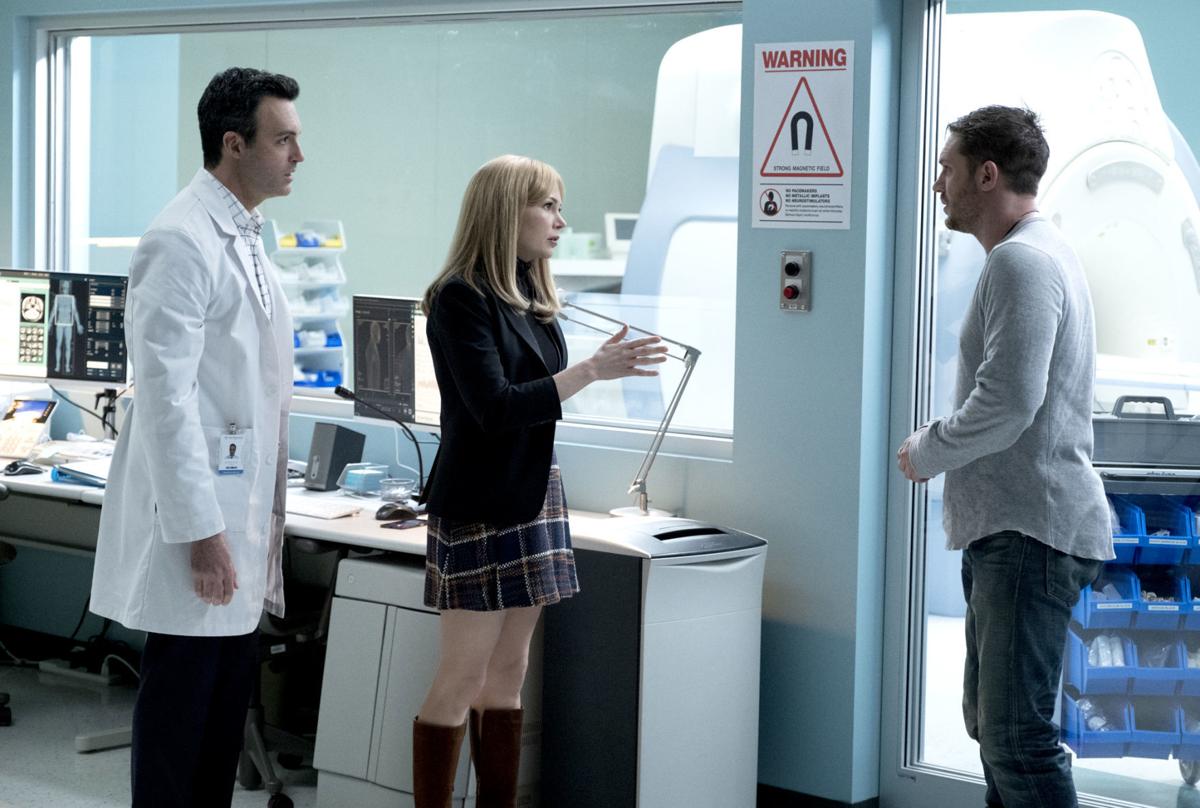 Reid Scott, from left, Michelle Williams and Tom Hardy in a scene from "Venom." 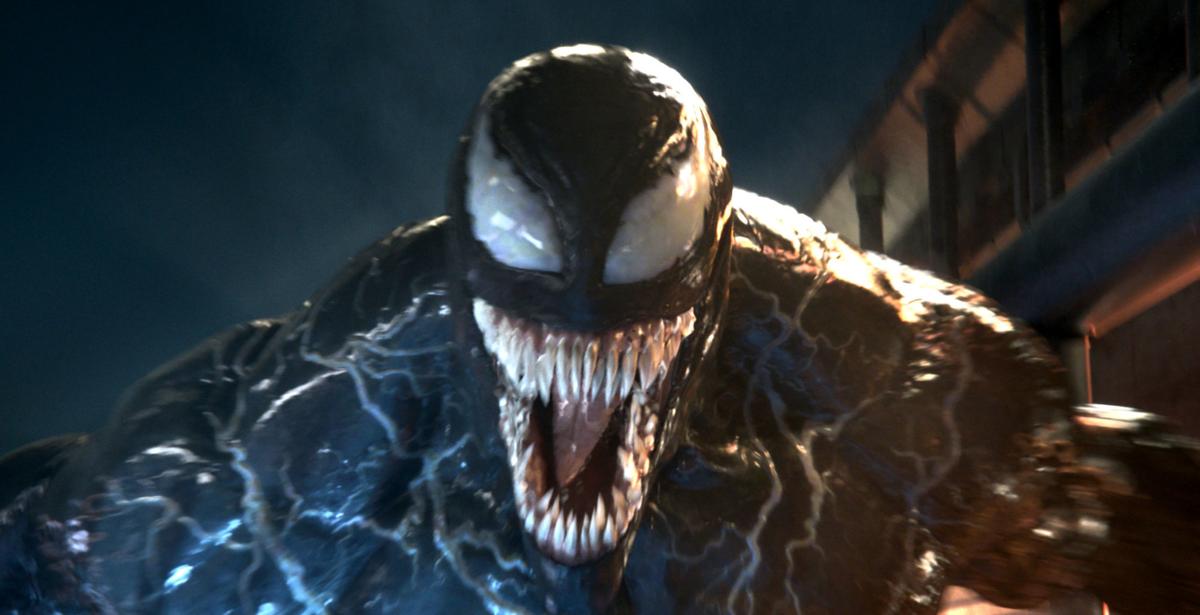 This image released by Sony Pictures shows a scene from "Venom." 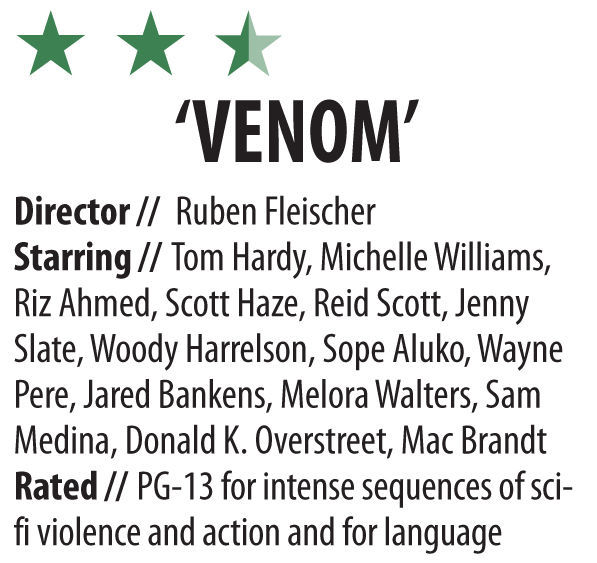 These images were released by Sony Pictures showing scenes from “Venom.”

Reid Scott, from left, Michelle Williams and Tom Hardy in a scene from "Venom."

This image released by Sony Pictures shows a scene from "Venom."

What a weird ride “Venom” is. Not so much because it’s a villain movie, but because Tom Hardy gives 100 percent of himself to this role and it’s nothing but fascinating to watch. The movie is bonkers and, at times, incomprehensibly messy, but Hardy makes it all worth it.

Honestly, it’s too bad “Venom” didn’t veer more off the beaten path of superhero movies. Even though it’s about the bad guy, the whole story still uses the same boilerplate template every other superhero movie does. Here Venom isn’t so much a villain as he is an anti-hero. Still there’s a rich guy with evil plans, a threat to human existence and only one person-slash-alien-symbiote can save it.

Eddie Brock (Tom Hardy) is a famous guerrilla journalist. Following leads and sniffing out corruption. It’s all well and good until Brock tussles with the wrong evil rich guy. Carlton Drake (Riz Ahmed) is the Elon Musk-type billionaire who has brought back alien lifeforms from a recent space expedition.

Those familiar with the character of Venom know that he’s an alien symbiotic lifeform that needs a host to survive. During a clandestine investigation of Drake’s evil laboratories Brock becomes infected with Venom and the rest of the movie is crazy town.

Hardy is at his best when he’s doing a weird riff of Jim Carrey’s “Liar Liar” performance. He’s insane, talking to himself as Venom takes over his thoughts. As clunky as some of the material here is, Hardy elevates it with a surreal performance.

The movie’s action scenes are loud, obnoxious and largely incoherent swaths of gunfire and explosions. There’s a motorcycle chase that’s exciting, but it suffers from the disease that so many recent blockbusters suffer from: rapid-fire editing.

The action here is thousands of chaotic images spliced together in such a way as to make it nearly impossible to tell what’s going on. What’s even worse is that everything takes place at night, and Venom is pitch black.

That’s why everything with Hardy and him yelling at himself is the reason to see this movie. You’ve seen these action scenes in a hundred other movies, but you haven’t seen a performance like this in a comic book movie ever. Hardy just goes for it.

It could have been weirder, but at some point, you can tell they wanted to stick to the safe route. Can’t take too many risks with a big-budget comic book movie wannabe franchise. That they allowed Hardy to do what he does here is a minor miracle.

It’s just too bad that the movie surrounding his performance is messy and constructed of the same stale parts that every other superhero movie is built with.