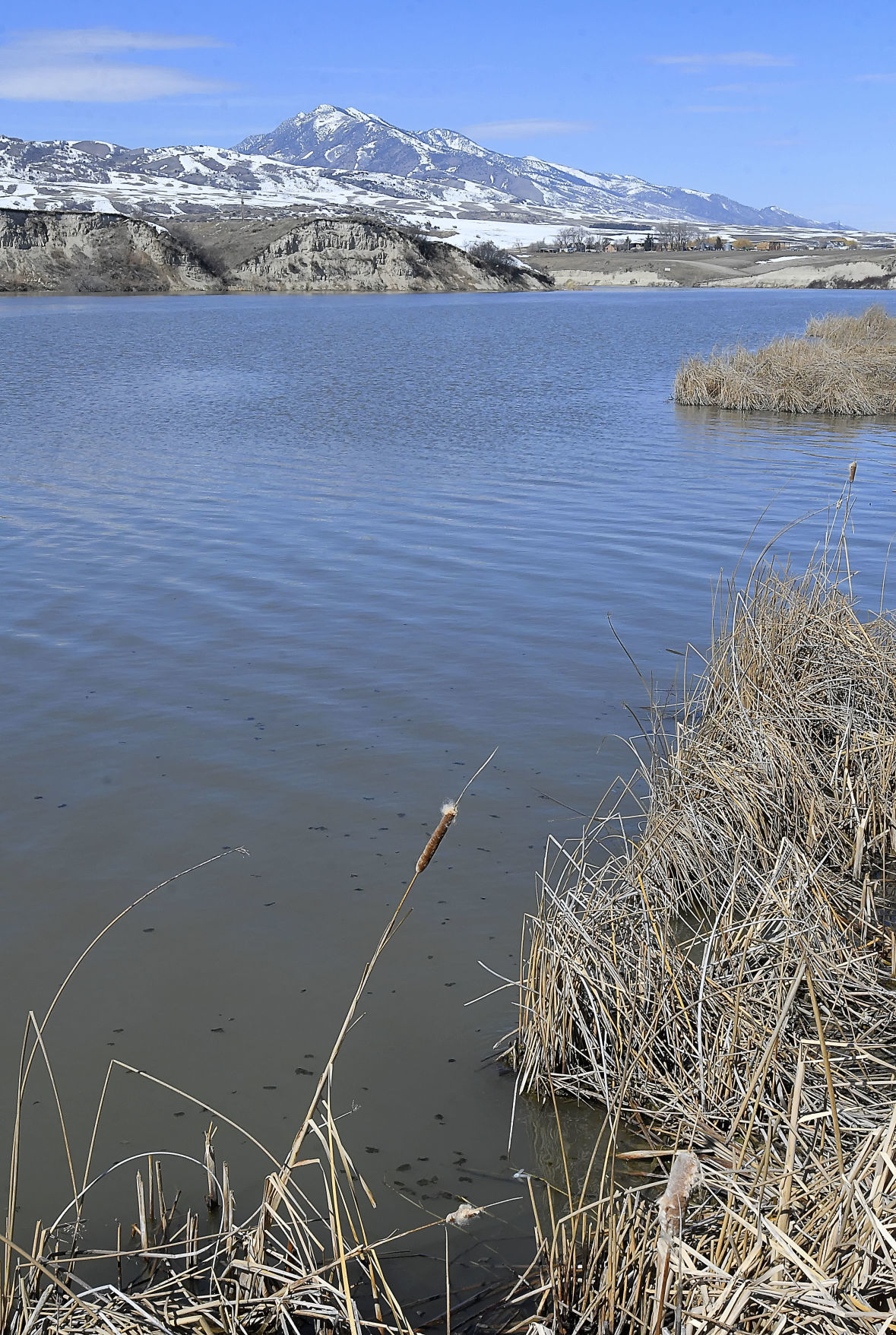 Cutler Reservoir as seen near Newton on Wednesday.

Cutler Reservoir as seen near Newton on Wednesday.

Cutler Reservoir is the body of water at the center of Cache Valley. The dam is on the Bear River but the Logan River, the Little Bear River and several springs also provide water to this artificial lake. It was first created in 1896 when Wheelon Dam was built. This earlier dam was flooded when the construction of Cutler Dam was completed in 1927. The dam is approximately 550 feet long and just over 100 feet tall. The reservoir floods approximately 5,500 acres (8.5 square miles) of land creating a mosaic of open water and wetlands. Even though the dam is over 100 feet tall, less than a quarter of the flooded area is greater than 3 feet deep.

Cutler Reservoir has stored water for energy and irrigation for nearly 100 years. Water is diverted into irrigation canals near the dam and turbines produce approximately 72,000 megawatt hours of power a year. Electricity generated at the dam is a reliable source of clean energy that doesn’t add to the Valley’s air pollution problems. Power is not produced during the summer as the available water is used for irrigation.

A management goal of Cutler Reservoir (as well as all US waterways), is to maintain clean water. Cleanliness is judged by being able to meet beneficial uses. For Cutler Reservoir this means producing warm-water fish, waterfowl, shorebirds, and usable agricultural water. In the early 2000s it was determined this water was impaired. This was primarily due to poor quality water entering the upper (southern) portions of the reservoir. Too much phosphorus and bacteria meant not enough dissolved oxygen in the water. The largest single source of phosphorus is the Logan City Waste Water plant. In some situations, the water quality becomes bad enough that fish die.

A variety of fish species can be found in this reservoir. They include carp, bullhead, channel catfish, sunfish, smallmouth bass, and largemouth bass – none of which are native to the west.

Because of the poor water quality in the reservoir some people wonder if these fish are safe to eat. The data collected to evaluate this concern found only one of 40 fish sampled had high mercury levels. Most of the walleye, crappie and catfish tested had levels considered in the best range for human consumption. Looking at distributions of mercury levels of fish in Cutler Reservoir suggest they may be a tad higher than walleye caught in Willard Reservoir but similar to cutthroat trout from Strawberry Reservoir. When levels are this low, the health benefits of eating fish outweigh the risks associated with small amounts of mercury. Surprising enough, the only fish in Cache Valley subject to a health advisory are brown trout caught in Porcupine Reservoir.

When the license for dam operations was renewed in 1994 it was conditioned on providing boat launches, picnic facilities, and land purchases to limit erosion. These amenities have greatly increased the value of this area to the communities in Cache Valley. In the spring and summer, it is hard to pass the reservoir without seeing bird watchers, kids canoeing, anglers, or bow hunters searching for carp. During the fall and winter the area is extensively used by hunters, hikers and cross-country skiers. The network of land now owned by PacifiCorp provides residents access to much of the land around the reservoir.

PacifiCorp is currently working on relicensing their operations when their license expires in 2024. The biggest proposed change would be to increase how much the water level is allowed to change during the fall, winter and spring. Under their current license they can fluctuate the water level about 1.5 feet. The proposal for the new license would let them drop the reservoir up to 11 feet. This change would increase electric production but would essentially dewater the upper half of the reservoir. Depending on how fast, how long, and exactly when these drawdowns occurred, they could greatly reduce fish numbers. When these drawdowns occur during the fall and winter, this action would essentially eliminate the use of boats for hunting. Fluctuations in water level could also increase erosion. As the solution to pollution is dilution, it is unlikely less water will help address the water quality issues.

The new license should probably have some additional flexibility to meet energy demands but these needs must be balanced with the increased recreational value of the reservoir. Over the next couple years, it will be important for Cache Valley residents to pay attention to this relicensing process. This reservoir must keep meeting its commitment to irrigators and power producers, but in doing so, the operators and owners of the dam must recognize its increasing value to all the citizens in the Valley.