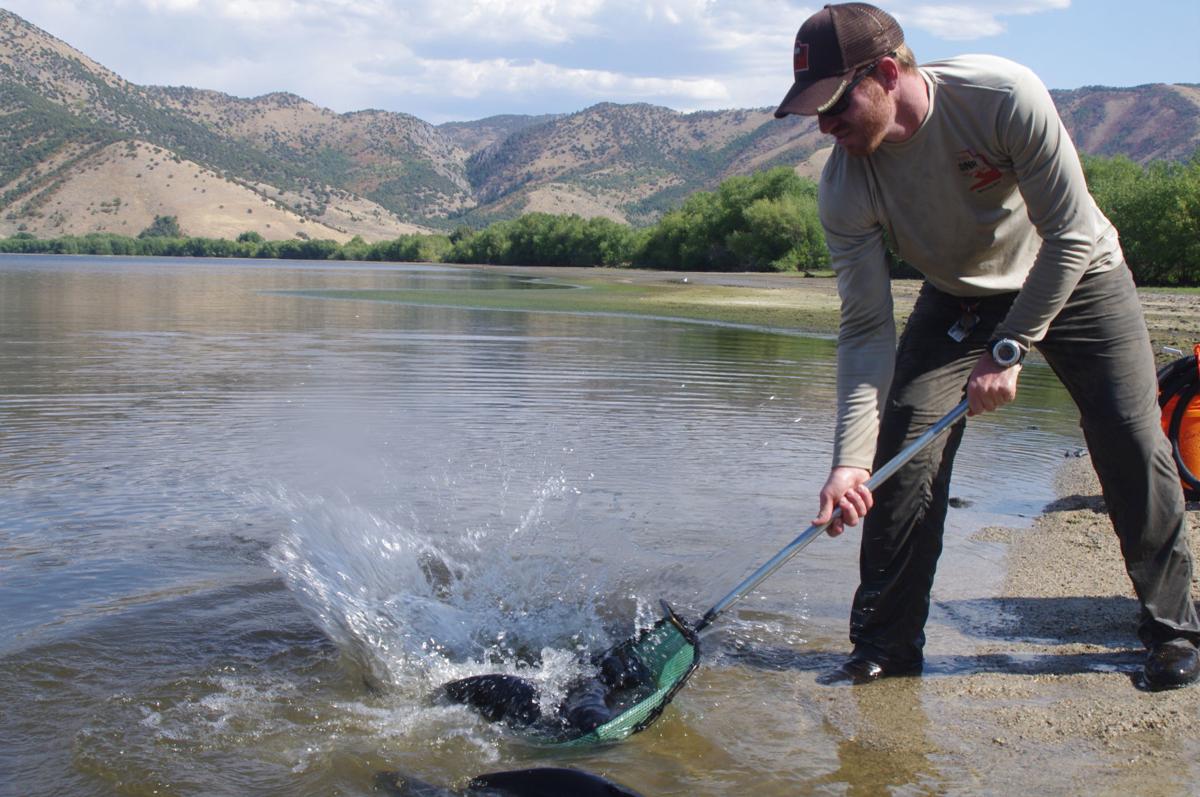 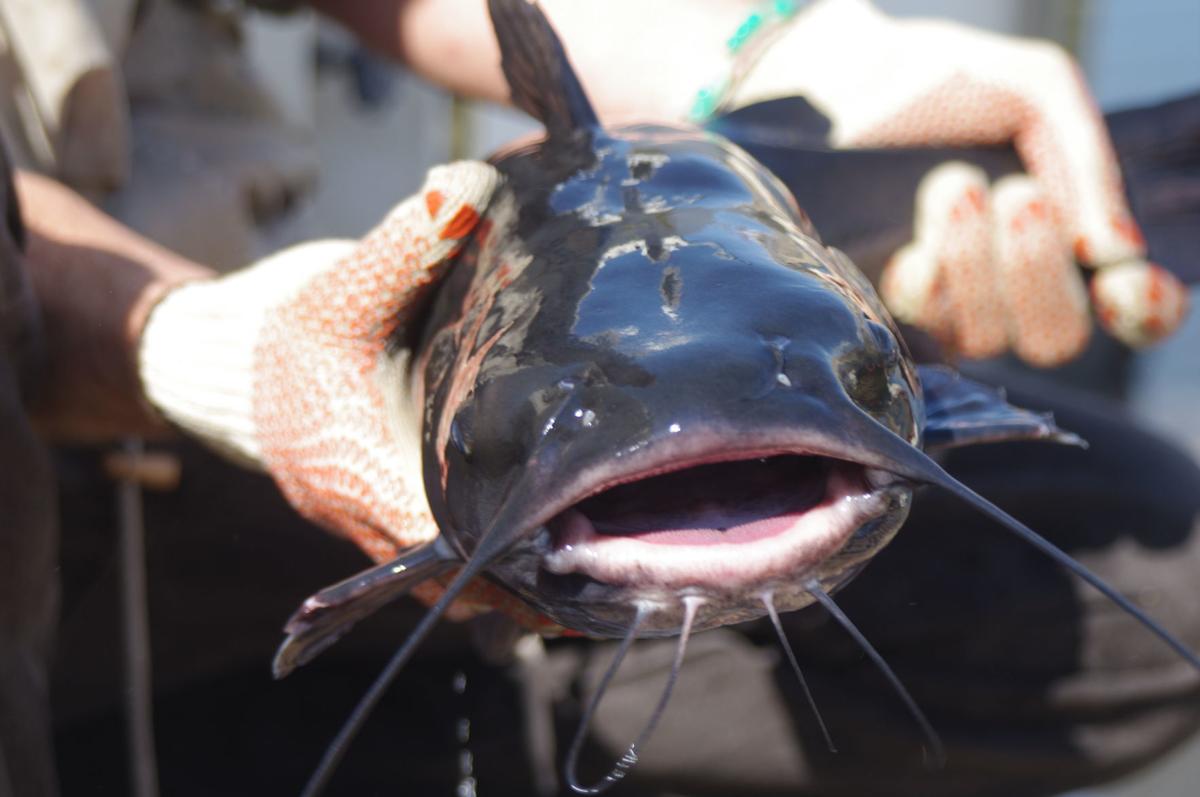 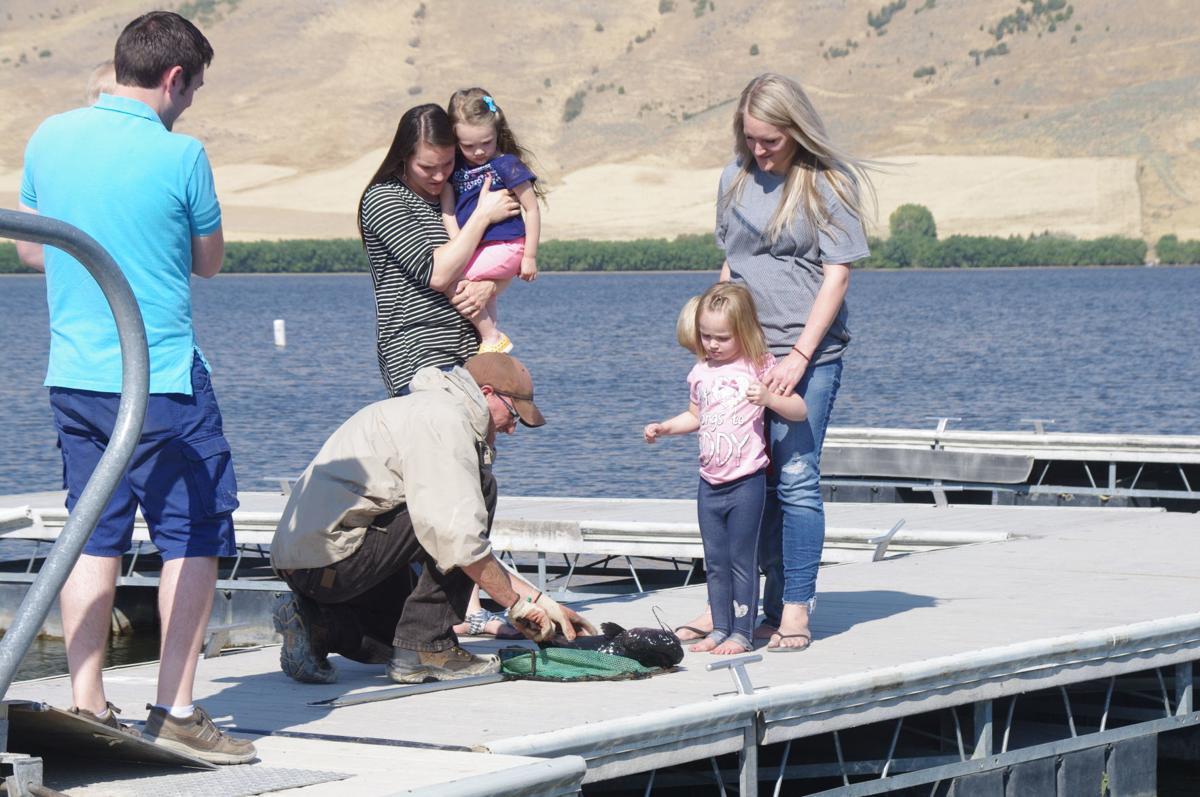 Left, Zane Olsen, manager of the Utah Division of Wildlife Resources' Wahweap Fish Hatchery, shows a catfish to onlookers before releasing it into Mantua Reservoir.

Left, Zane Olsen, manager of the Utah Division of Wildlife Resources' Wahweap Fish Hatchery, shows a catfish to onlookers before releasing it into Mantua Reservoir.

Mantua Reservoir is a favorite local fishery, attracting anglers from around Northern Utah.

Mantua is well known for its plentiful populations of largemouth bass, a variety of sunfish, and its spring-fed waters in a scenic canyon setting. But while it has produced some good-sized bass and the standing state record for bluegill (2 pounds, 7 ounces, caught by Jack Rask in 1993), it hasn’t been a destination for those in search of really big fish.

However, on a sunny afternoon in early September, a truck hauling more than 300 mature channel catfish backed up to the south marina, where representatives from the Utah Division of Wildlife Resources used nets to scoop them up and release them into their new home. Many of the dark-colored channel cats weighed in at over 10 pounds (think of the biggest zucchini in your garden), and they thrashed about in the shallows before getting their bearings and gradually finding their way out to deeper waters.

The trucks the DWR uses to transport fish from its fisheries around the state large tanks mounted on the beds, and employees can often pull up to their destination, open a port hole at the bottom of the tank (after the fish have become acclimated to the local water temperature), and simply let the fish drain out. This time, however, they had to be scooped out from the top with large nets.

“They won’t fit through the port,” said Cody Edwards, the DWR’s flatwater and community fisheries biologist for Northern Utah. “This is quite different from most of the stockings we do.”

The full-grown catfish, averaging 8.5 pounds and 7 to 8 years old, made the journey from the state’s Wahweap Fish Hatchery in Southern Utah. The Wahweap hatchery’s primary function is to maintain populations of endangered and threatened native fish species, such as the bonytail chub and razorback sucker. But it also serves as a breeding ground for prized sport fish like wipers and channel cats.

Zane Olsen, manager of the Wahweap hatchery for the past five years, drove the catfish north to their new home and helped Edwards and Clint Brunson, DWR stream restoration biologist, unload them into Mantua.

Olsen said Wahweap is the only hatchery in the state that has catfish, and the fish released into Mantua had grown too large to keep them at the hatchery. They were used as brood stock there, and Olsen said one mature female can produce up to 40,000 eggs at a time.

Mantua already has self-sustaining populations of both channel and bullhead catfish, but nothing the size of what was being stocked earlier this month. With 319 large channel cats being stocked, it was literally more than a ton of fun going into the water.

“They’re probably the biggest fish this reservoir will ever see,” Edwards said.

While the wide mouthed, whiskered catfish were to become the top predators in their new home, Edwards said they wouldn’t have a negative overall impact on the existing fish populations in the lake.

He also said they weren’t likely to last long.

“A lot of these will be harvested quickly,” he said. “They’ve never been outside of the hatchery, so they’ll hit just about anything.”

When the summer heat starts to warm the shallow waters along the shore, most of the fish at Mantua head for deeper, cooler waters toward the center of the reservoir. However, Edwards said the newly stocked catfish would stay closer to the shore, giving local anglers the opportunity for a pole-bending experience without needing a boat.

“Hopefully this will improve the shoreline fishing during the warmer months,” he said.

Any of those that do happen to survive will still have three or four years of reproductive life in them, so they have the potential to contribute to ongoing catfish populations at Mantua.