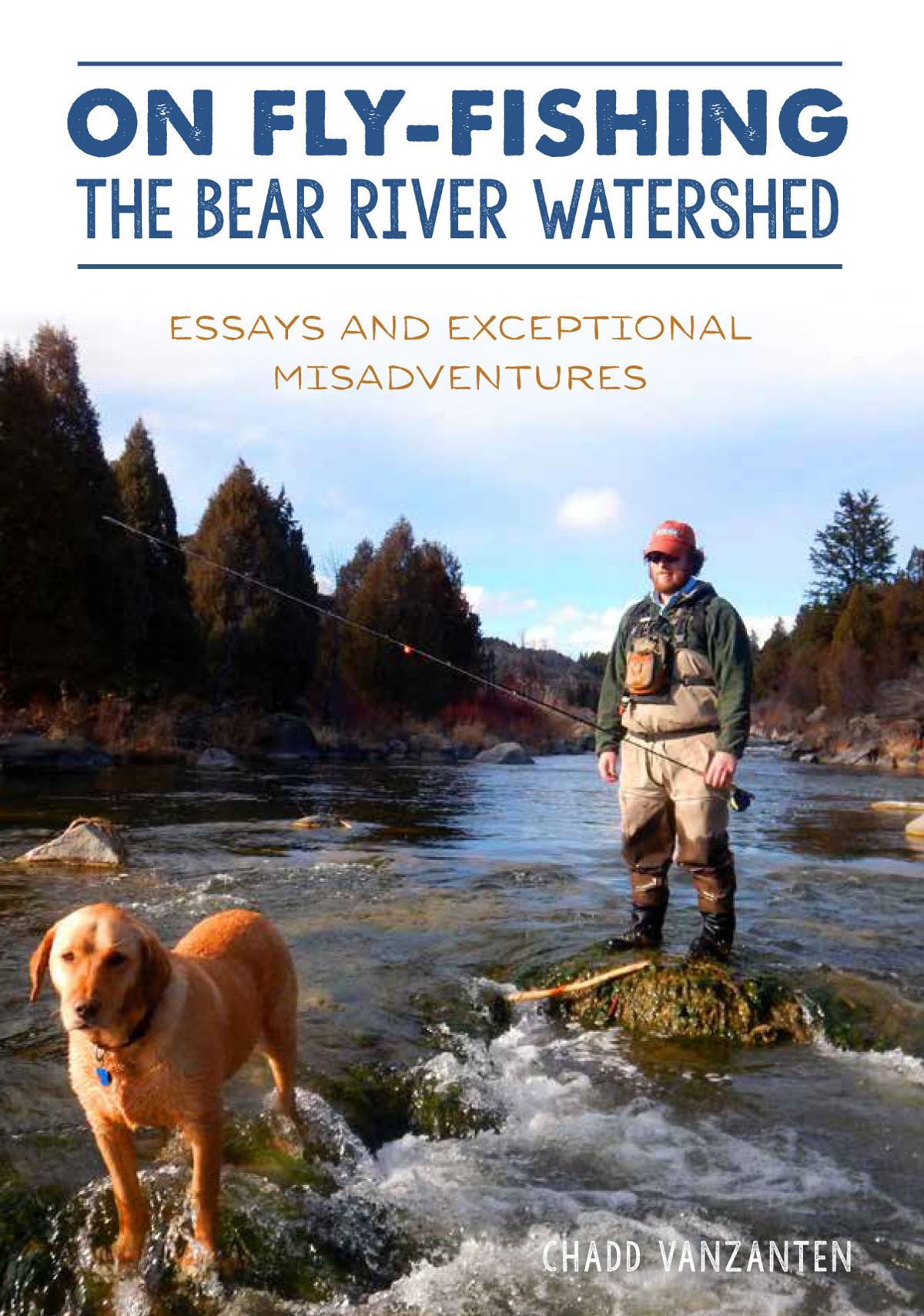 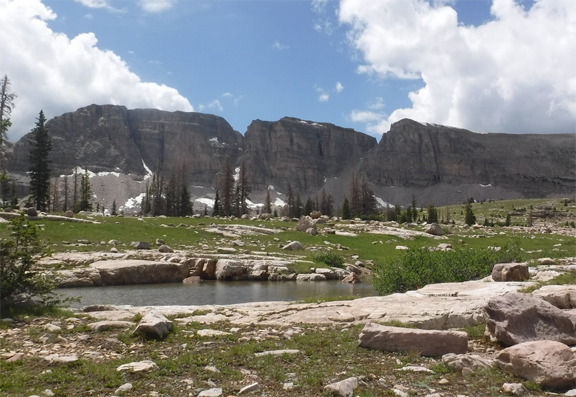 Near the headwaters of the Bear River. 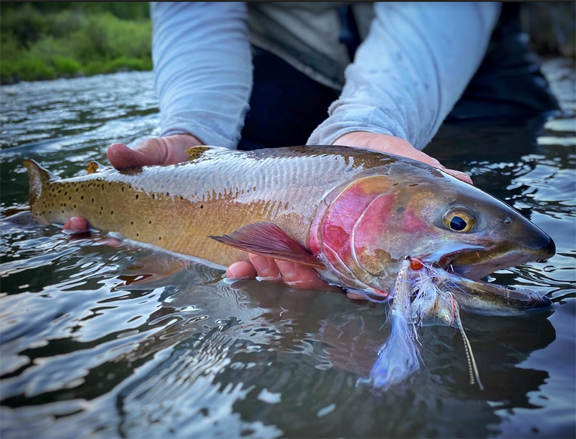 Near the headwaters of the Bear River.

A new fly-fishing book by Cache Valley author Chadd VanZanten is about fly fishing all right. But in a sense that's just ripples on the surface.

“On Fly-Fishing the Bear River Watershed: Essays and Exceptional Misadventures” is a piece of colorful yet serious literature that delves into the subjects of friendship, human nature, outdoor life, backroads, conservation, politics, law, history, geography, science, culture and lore — as well as how to hook fish in these parts using tiny bug imitations.

Since his first book in 2015, “On Fly-Fishing the Northern Rockies,” VanZanten has taken a cue from modern fishing authors like John Gierach, one of his personal favorites, who combine storytelling and keen insights to bring their favorite subject to life on the printed page. But VanZanten’s literary tackle box has another piece of equipment that makes his work stand out: A journalist’s zest for historical background and information gathering.

The 53-year-old author, in fact, has a journalism degree from Utah State University. Although he didn’t pursue a career in news media, VanZanten’s long-time job as a technical writer for a local environmental research company, coupled with his journalism studies, seems the perfect combination for the task he undertook to profile the Bear River Watershed from multiple perspectives, starting in the High Unitas and ending in Willard Bay.

The research aspect of the book turned out to be a big job.

“I wanted to write the book in a year, but it ended up taking closer to two simply because the subject matter,” he told The Herald Journal in an interview this week. “I mean the Bear River itself is a really complicated topic, and it was more difficult than I thought it would be to get my arms all the way around it and do justice to an overall portrait of the river, with its connection to Bear Lake and the way it is utilized in terms of irrigation and power generation … and then all the tributaries and reservoirs. I don’t write about all of them, of course, but fitting it all together was a bigger challenge than I thought it would be.”

Casual readers shouldn’t be frightened off by this weighty subject matter or the thought that the author might be on a soapbox. The history, data and issues surrounding one of the region’s most significant watersheds aren’t presented in the fashion of a textbook or environmental position paper. Rather, they are blended in measured helpings throughout the book’s fishing essays.

“If you were to read the book, there’s a lot about the Bear River watershed that anyone would consider bad news. We need to do better and we need to work on conservation, and those come through in the stories and the histories, but I also want to talk about fly fishing and people and things that happened,” VanZanten said. “I don’t want to just write down a litany of environmental problems in our region here ... I want to draw attention to the good news that’s also happening.”

Among the good news, according to VanZanten, is river restoration work overseen by the Logan River Task Force, an organization with representatives from several public, nonprofit and private entities. One of the group’s prominent projects has been the rerouting and restoration of the Logan River near the Rendezvous Park off of U.S. 89-91.

“It’s gorgeous … as pretty as a lot of places you’ll see within the actual canyon, and they hydraulically engineered it to be very conducive to fish residency,” VanZanten said. “There are some bigger browns that are hanging out in there, and it’s getting fly fished, and they’re working on more sections to restore. If we keep on going this way, the river through the city is going to be just as nice as the river going through the canyon.”

For lovers of fishing literature and lore, Chapter 13 of VanZanten’s new book — a seven-page essay titled “Long John Silver and the Clackamas Cuckoo” — should be particularly satisfying.

The chapter starts with an old Cache Valley fisherman telling our author, “You outta check out some a’them little feeder creeks up above the Blacksmith Fork.” The oldtimer then scrawls out a map to one particular creek where he says few people go and big fish abound.

“His handwriting was on the sloppy side,” VanZanten writes, “by which I mean illegible, but this was the sort of map John Gierach counts as more valuable than any map issued by the Forest Service or USGS — the napkin-back map passed from one angler to another at a bar or, in my case, a fly shop. Two intersecting lines represented State Route 101 and Ant Flat Road, like the X on a treasure map, and a wavy line stood for the creek.”

The author takes readers on an excursion to the secluded stream, which we later learn is named Curtis Creek. Along the way, the chapter detours to a narrative about a 1978 fishing book titled “The Curtis Creek Manifesto,” one of fishing literature’s cult classics by the late cartoonist and author Sheridan Anderson.

Anderson, a vagabond-like figure who left Utah to live in San Francisco’s Haight-Ashbury district in the 1960s, never revealed the location of his beloved fishing spot, but VanZanten discovered through research that the author of “The Manifesto” fished the Blacksmith Fork as a young man, which strongly suggests VanZanten’s Curtis Creek and Anderson’s Curtis Creek are one and the same.

VanZaten describes his uncanny discovery and the impact it had on him this way:

“On the final page of The Manifesto, Anderson raises the question his readers likely ask as they close the book: ‘Is there really a Curtis Creek?’ Anderson replies, ‘Possibly, my darlings, quite possibly; but I will say no more because that is your final lesson: to go forth and seek your own Curtis Creek — a delightful, unspoiled stretch of water that you will cherish above all others. … There are few Curtis Creeks in this life so when you find it, keep its secret well.’”

“Had I never stumbled on the real Curtis Creek, I would have found some other Curtis Creek, and the actual Curtis Creek isn’t my ‘own’ Curtis Creek, anyway. Paradoxically, another creek holds that distinction. So, I heeded Anderson’s final lesson, but I failed the final test — I didn’t keep the secret of Curtis Creek, having since fished there with many of my fly-fishing buddies and family members. And now I’ve even drawn a map to it. So I apologize to Anderson. Some places are too extraordinary to keep completely secret. (But I think he knew that.)”

To understand the fanciful title of this chapter, you'll have to read the book, which is available in paperback on Amazon for $21.99.

For his next book, VanZanten plans to fish “every yard” of the Logan River.

“I don’t know how long that will take, but I got started a couple of weeks ago and it’s been fun,” he said.

About the Bear River

• The Bear River is the largest river in the continental United States that does not connect to any ocean.

• The Bear River's headwaters are located in the High Uintas in Utah and it empties into the Great Salt Lake, less than 100 miles from where it started.