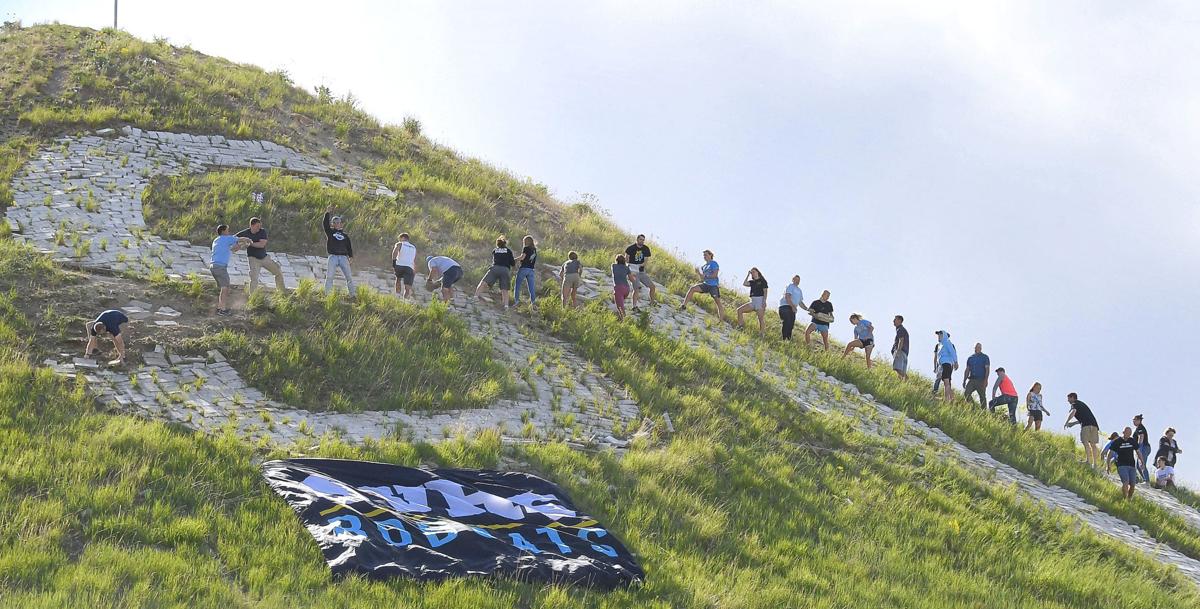 Sky View students and faculty fix the SV on the hill Friday morning after it was changed to GC the night before. 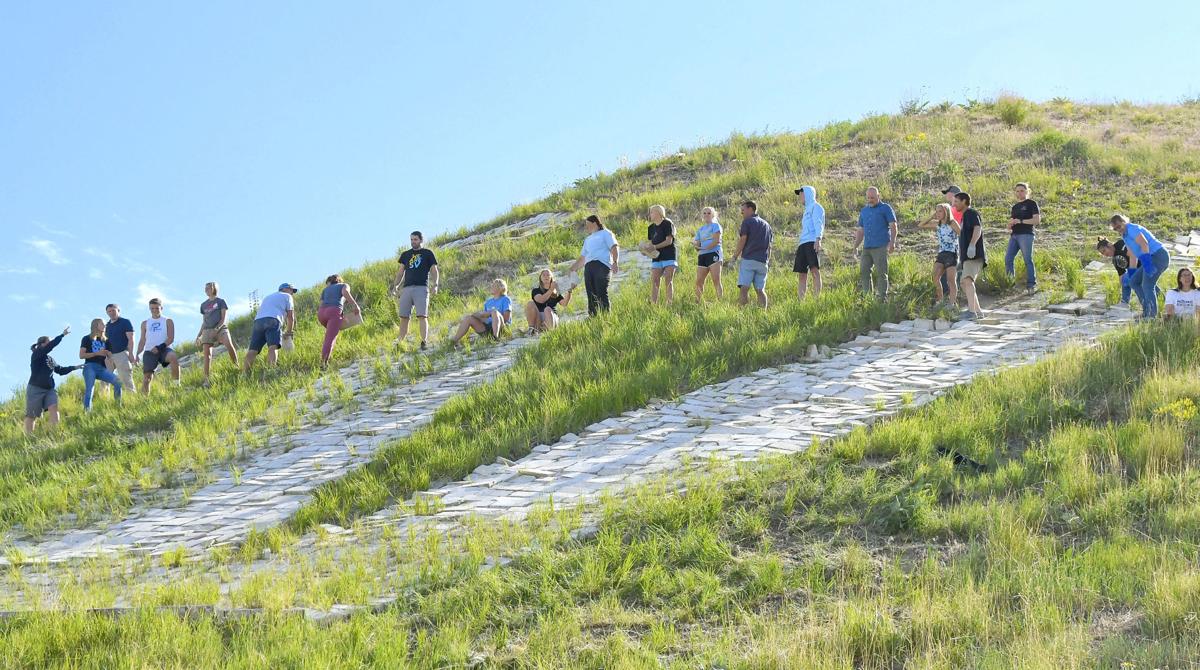 Sky View students and faculty fix the SV on the hill on Friday morning after it was changed to GC the night before. 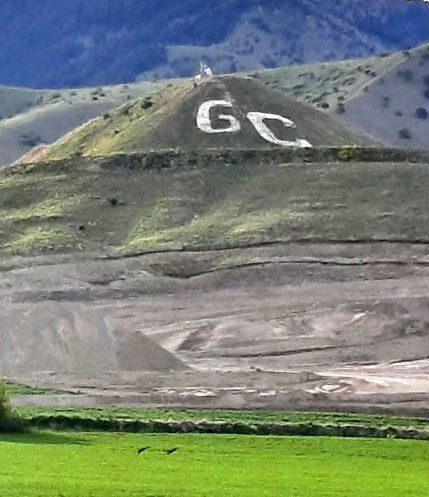 SV hill was changed to the letters GC as seen on Friday morning.

Sky View students and faculty fix the SV on the hill Friday morning after it was changed to GC the night before.

Sky View students and faculty fix the SV on the hill on Friday morning after it was changed to GC the night before.

SV hill was changed to the letters GC as seen on Friday morning.

Sky View High School students and staff set the initials on the “SV Hill” back to their usual configuration Friday morning after someone had switched them to “GC” overnight.

Several members of the Sky View community were upset when they saw that the white hillside letters had been switched to the initials of Sky View’s closest rival, Green Canyon. Some found out about the apparent prank through photos making the rounds, and others said they found out through an email from school administration.

“As an alumna of Sky View High School and as a current faculty member, I adore Sky View,” said Andrea Thompson, who helped move the white paving bricks back into place. “I love Sky View. But certainly not enough to destroy or tamper with the traditions of another school.”

Disagreement over the prank’s target and methods aside, Thompson said she could appreciate how well-executed it was.

“They did a quality job,” Thompson said. “It looked really good. They clearly spent a lot of planning, and a lot of logistics went into the creation of this prank, because it was a quality job. And I appreciate and respect that about them, that at least they didn’t do it halfway.”

Near the beginning of the last day of school, Thompson went along with fellow faculty members and next year’s incoming student leadership up to the hill, and by about 9:30 a.m. had replaced the “SV.” After they’d descended the hillside, they lined up and sang the school song, which opens with lyrics appropriate for the location:

“Where the mountain peaks meet the starry sky,/ Where the green hills meet the blue,/ Stands a place close by with its standards high,/ It’s our school, our own Sky View.”

“It’s a great day to be a Bobcat,” Sky View Resource English Teacher Sharon Wood said at the scene.

That unifying spirit was another silver lining, according to Thompson.

“We were in the car talking and one of the other teachers said, ‘That was actually a really nice bonding experience,’” Thompson said. “Like in some ways, it was really lovely to to put things aright.”

“We appreciated his peace offering, and we certainly knew that the administration had nothing to do with it,” Thompson said. “It’s a group of students, but certainly the school doesn’t endorse it, because most of those teachers and faculty came from Sky View. We mostly know each other and love each other a lot.”

Sky View’s students and faculty were split when Green Canyon opened in North Logan in 2017.

Many commenters on social media posts took the incident as a lighthearted prank.

“Good one!” wrote Linda Sorenson on the Cache Valley 411 Facebook group. “I have grandkids at both schools. Way to go GC and way to go SV.”

The hill is private property and closed to the public. The school initials and trespassers have long been a concern for owner Steve Parkinson, and the initials were even removed from 2007 to 2012 while efforts to work out a liability agreement with the school were underway.

“I think this is one of the greatest pranks ever played,” Parkinson said in an interview with The Herald Journal, adding that he thought the prank was all in good fun and no one got hurt.

As a reminder, Parkinson said the letters are on private property and permission is required before going up on the hill.