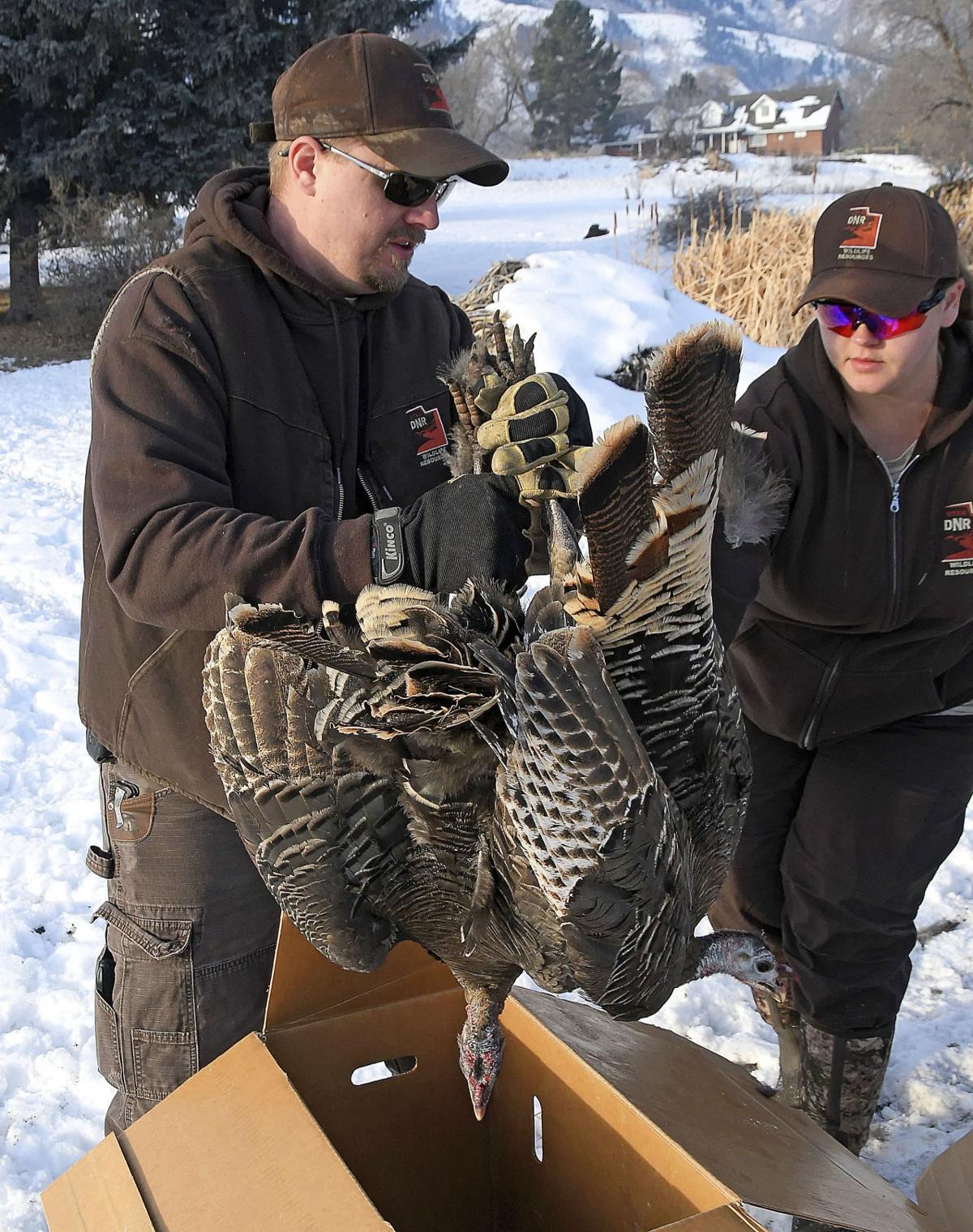 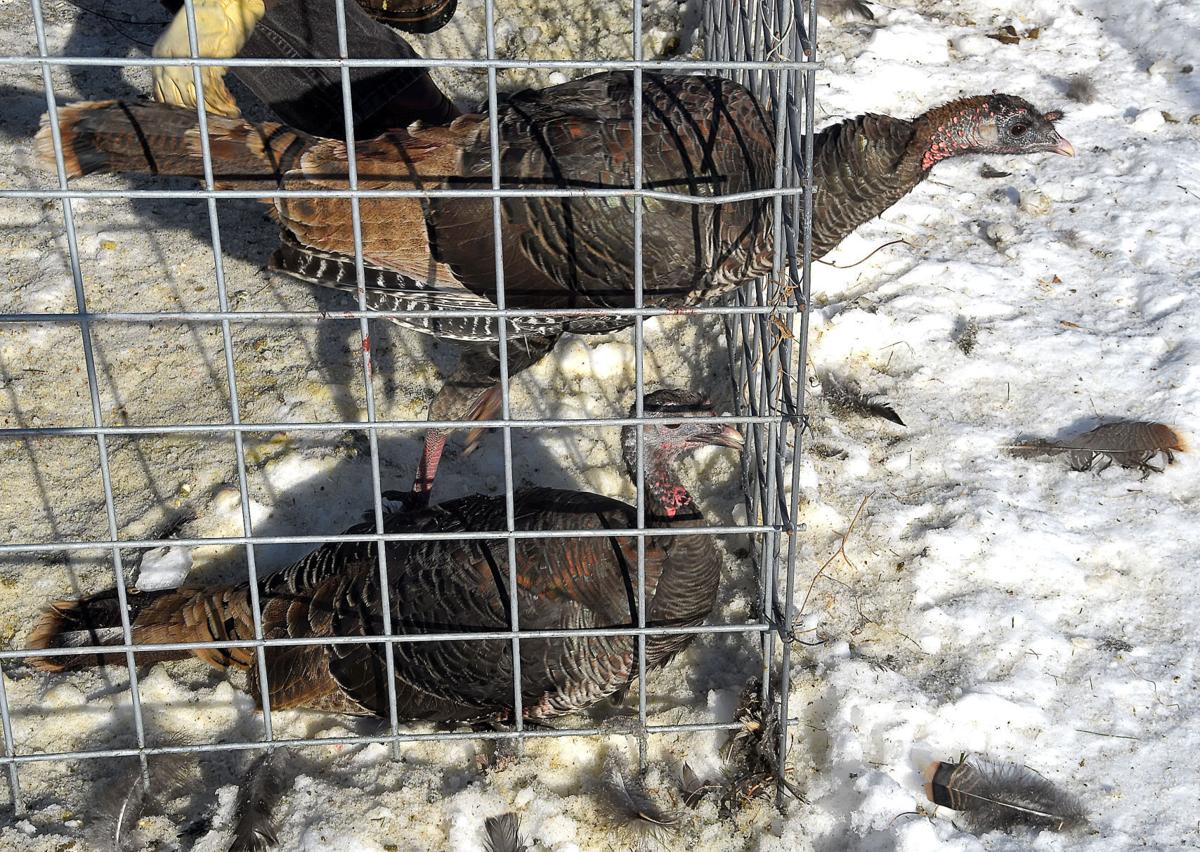 Turkeys sit in a trap on Wednesday morning in Wellsville.

Turkeys sit in a trap on Wednesday morning in Wellsville.

Mendon City Councilman Bob Jepsen said his town is “handcuffed” when it comes to the gangs of wild turkeys that forage for food and leave a trail of waste wherever they go.

The birds are protected, so only the Utah Division of Wildlife Resources, or DWR, can control their numbers. This week, the DWR began setting traps in the yards of residents in Mendon and nearby Wellsville. After pulling a total of seven turkeys out of three baited, walk-in cages — like oversized dog kennels with slanted openings — on Thursday morning in Mendon, the number of trapped turkeys in the area this week rose to approximately 40.

It’s nearly impossible to get an accurate count of the total number of wild birds in town, but Jepsen said a liberal guess would be in the neighborhood of 500 to 1,000. After the DWR crew trapped the seven turkeys, dozens and dozens more could be found pecking at grass and wandering into the street a few blocks away.

Looking back at recent winters, Jepsen said the problem seems to be getting worse every year, and he expects that trend to continue.

“If DWR doesn’t step up efforts to try to help us with that, I only see it getting worse,” Jepsen said.

DWR Cache District Biologist Jim Christensen said he expected the turkey numbers to be down after last winter’s deep snow, but he said the birds are so prolific that they seem to be right back to normal levels.

He said the DWR understands they can’t trap all of the turkeys, but every little bit can help.

“It makes some localized difference,” Christensen said. “When you go from 25 to 30 birds in an area down to five or six.”

He said the trapping will continue as long as the weather is cold and there is snow on the ground. Christensen said the wild turkeys eat insects in the summer and are then driven into towns in the winter, where they search for seed-bearing fruit, rose hips, crab apples, oats and corn. Snow on the ground limits where they can find food, he said, and makes trapping more effective.

Randall McBride, a DWR landowner depredation specialist who was out trapping turkeys Thursday morning, said the birds are widespread throughout Cache Valley. After trapping in Mendon and Wellsville, he said the DWR will turn its focus on other towns like Paradise, Cove, Richmond, Clarkston and Mantua.

As the problem appears to be worsening, however, Jepsen said he continues to field calls from concerned citizens.

She said she first noticed the turkeys about five years ago. Now, she said they roost in a tree in her yard and leave a pile of poop several inches high. She said she would like to see the DWR issue more hunting tags to help thin their numbers.