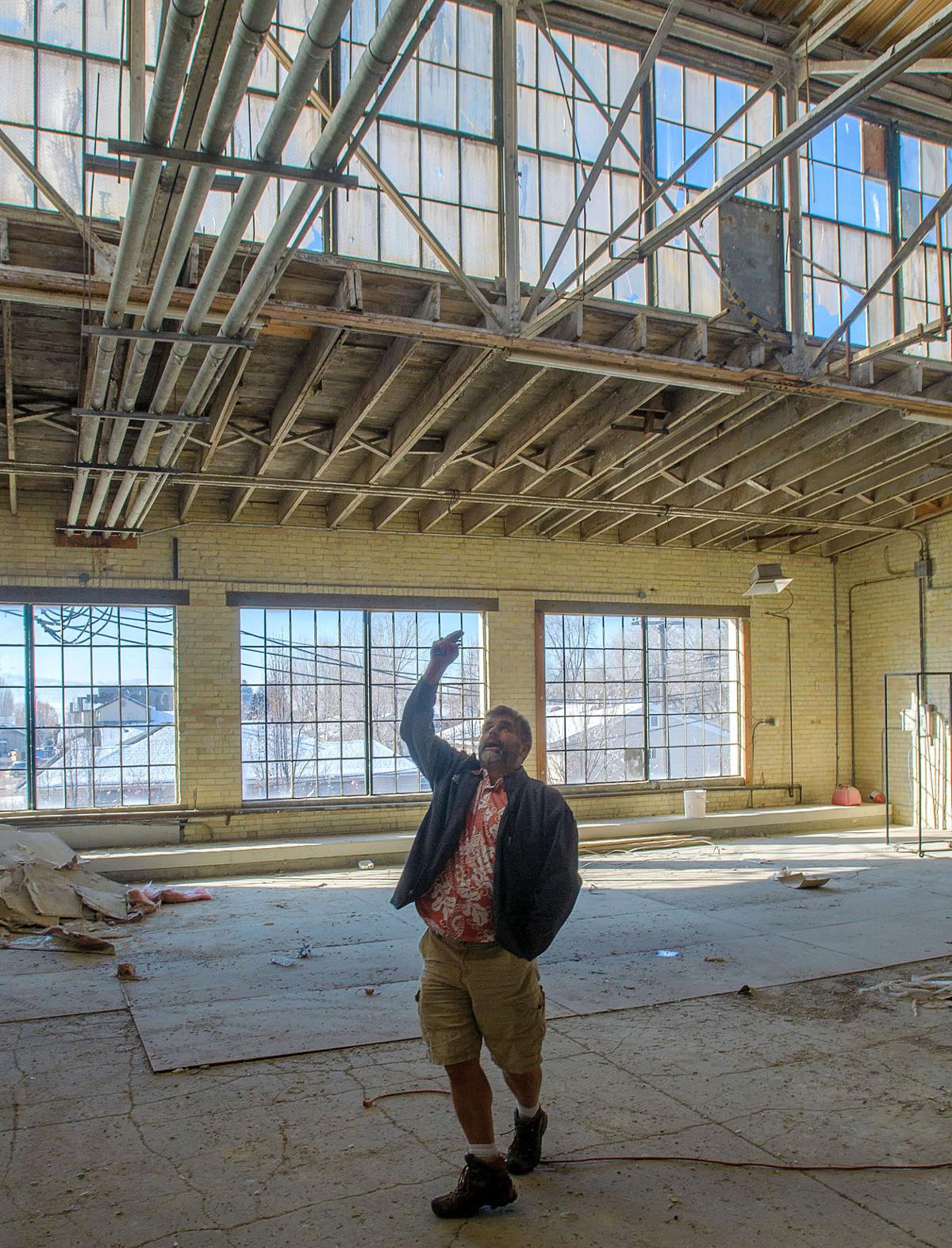 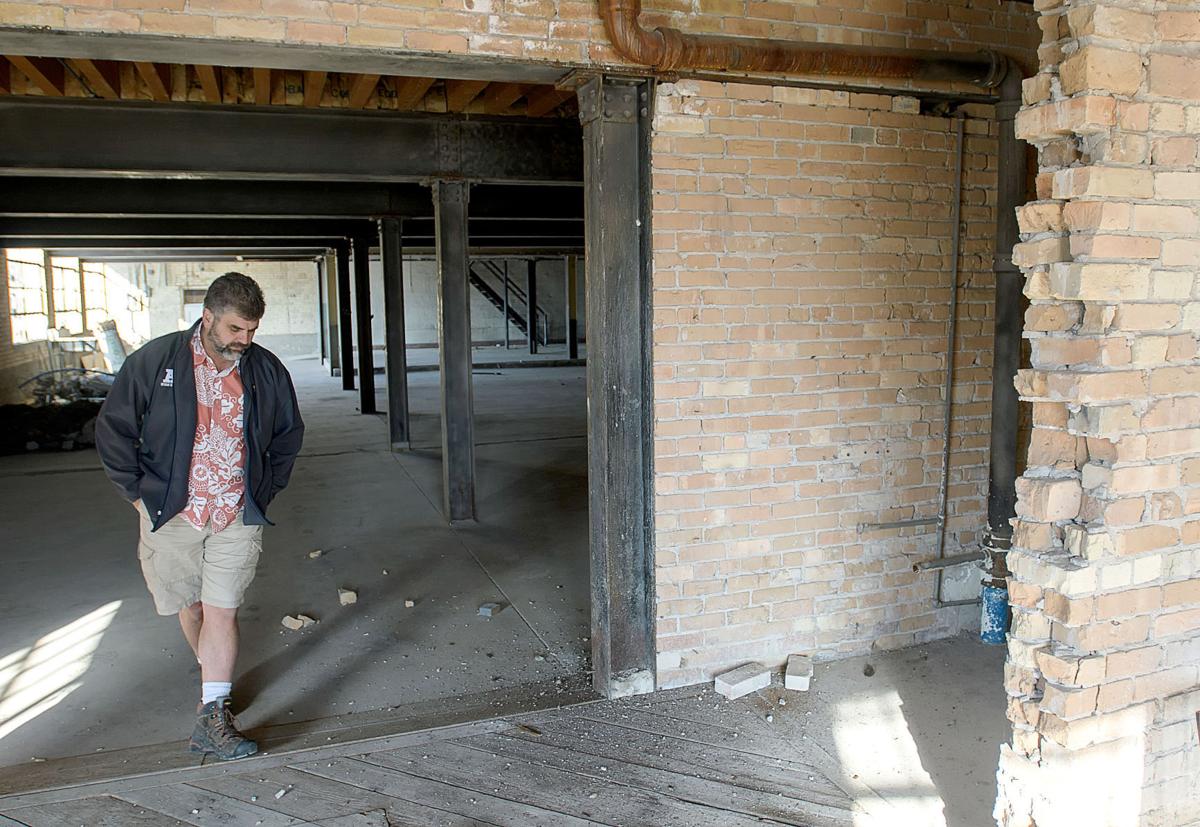 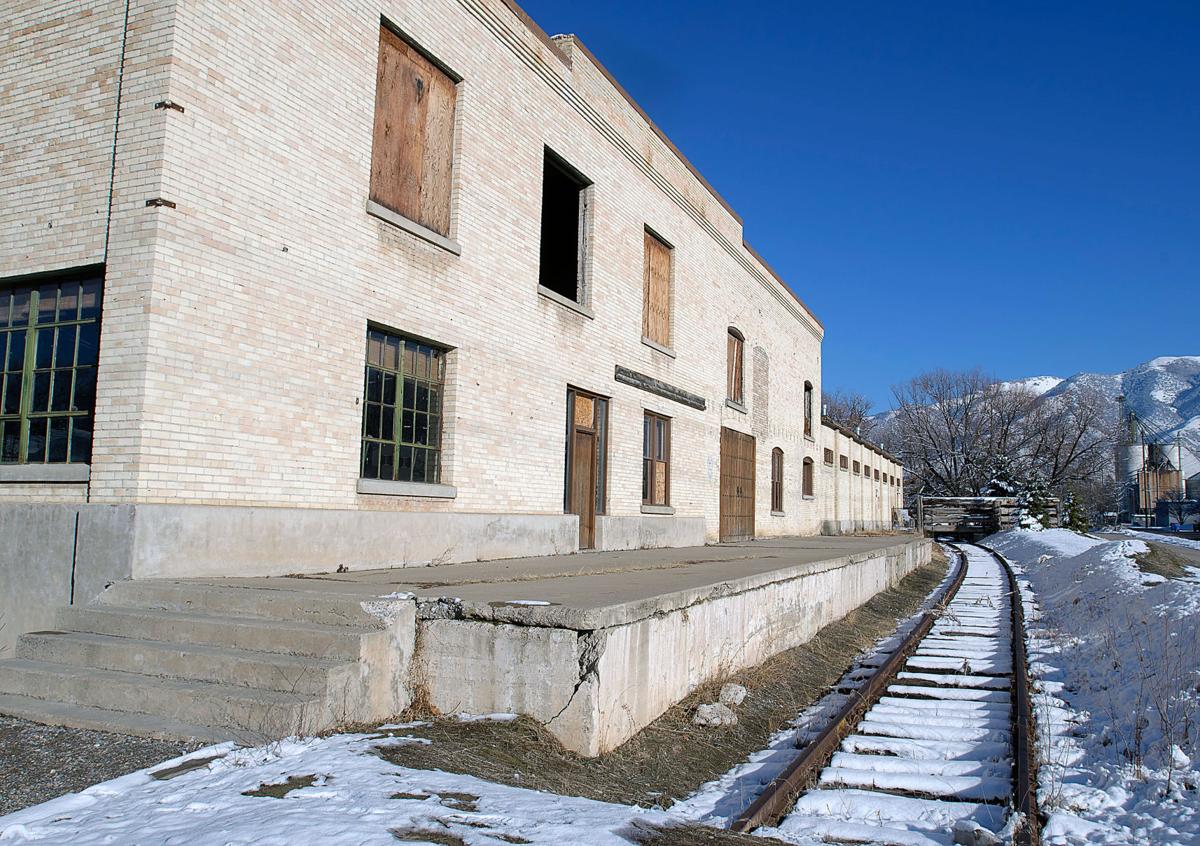 The old Borden milk plant in Logan will be converted into apartments. 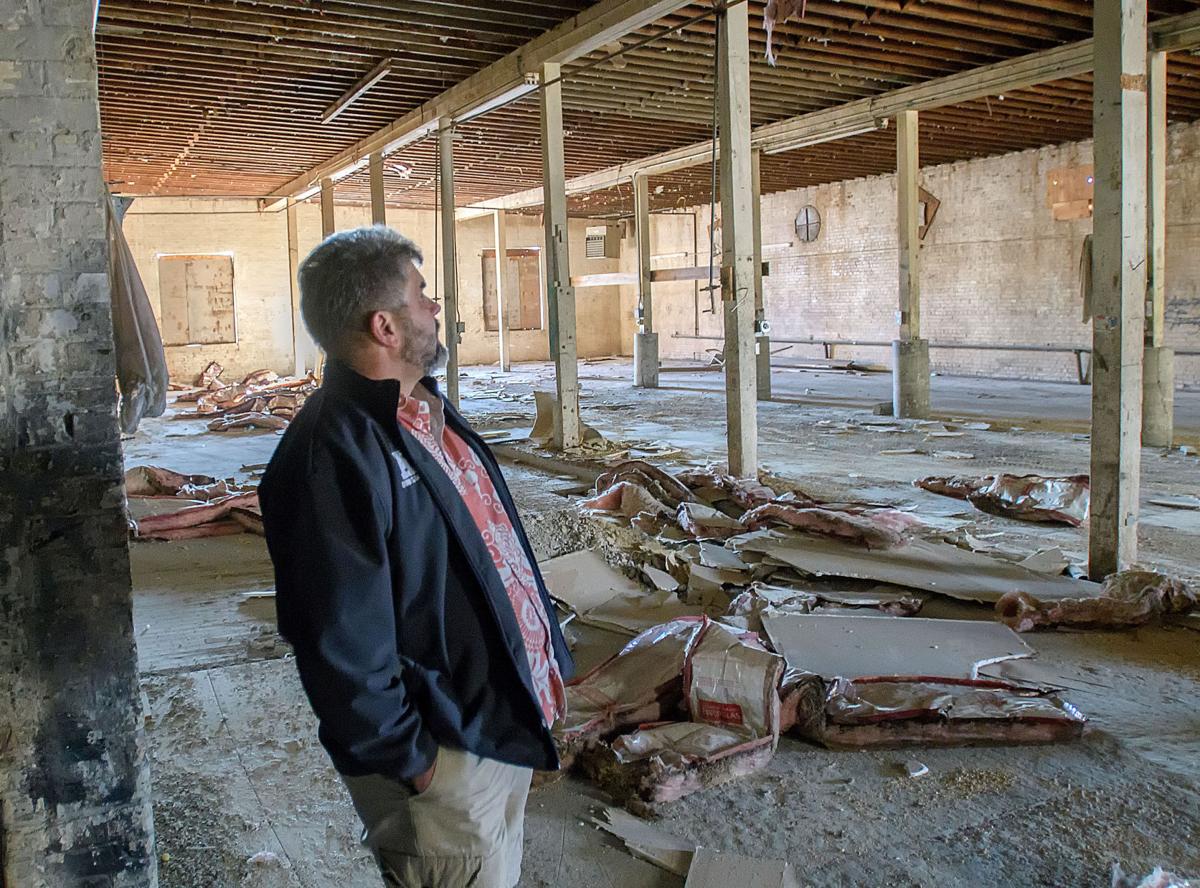 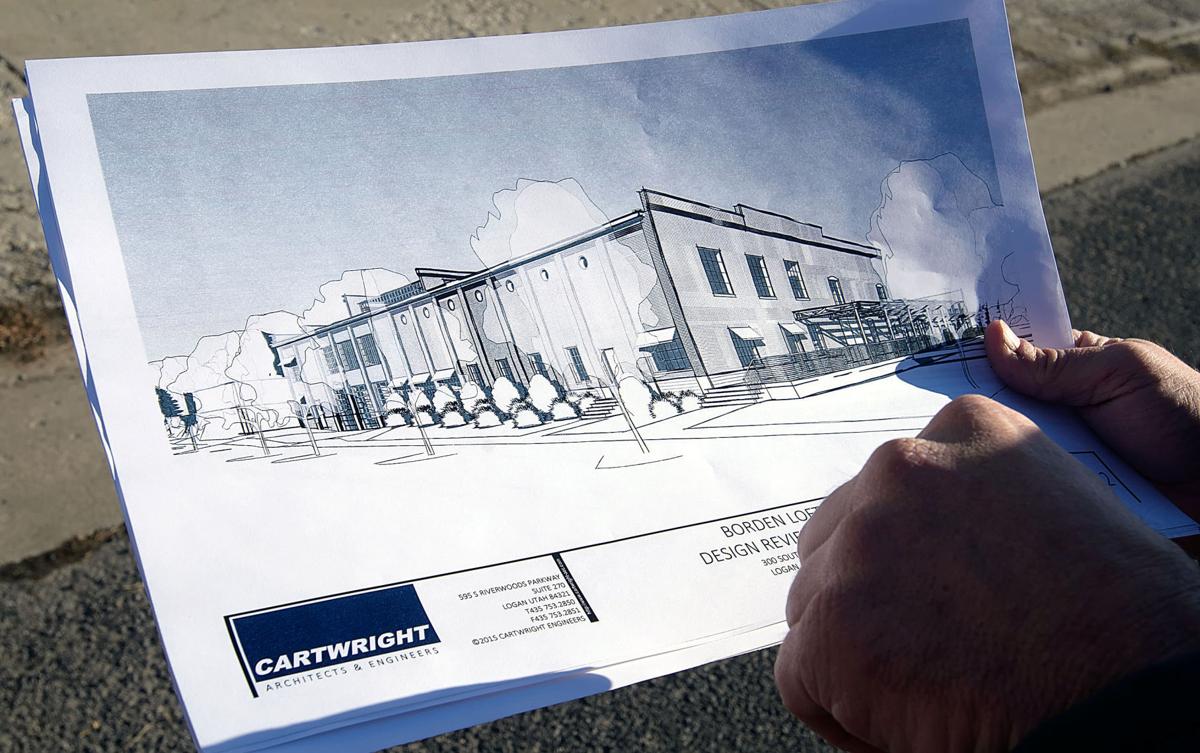 Tony Johnson shows what the old Borden milk plant in Logan will look like when it is converted into apartments.

The old Borden milk plant in Logan will be converted into apartments.

Tony Johnson shows what the old Borden milk plant in Logan will look like when it is converted into apartments.

With the help of a type of bond rarely used in Logan, an abandoned milk factory is expected to be reborn as urban, industrial-style apartments.

For about two years, a duo of developers, Tony Johnson and Steve Graham, have been planning to restore the old Borden Milk Plant and Logan Coach building at 300 South and 400 West into Borden Lofts, a 51-unit apartment complex with a mix of affordable and market-rate housing. The developers have been working with the National Park Service to guarantee the building will retain its historic look and feel.

Johnson has a personal tie to this century-old building. He grew up just a couple of blocks away.

“That’s a place we used to run around as kids,” he said.

As a former contractor, then attorney and now a developer who focuses on historic preservation, Johnson said he’s had his eye on the Borden Milk Plant for about 10 years.

It’s easy to see Johnson’s vision of Borden Lofts upon stepping through the metal garage doors.

The main floor has simple brick walls, steel support beams and wooden columns. Johnson said he wants to keep as much of the original material as possible, leaving the ceilings exposed and the efficient charm of the steel beams intact.

“It’s going to be real vibrant and very industrial, very urban,” he said.

Some of the apartments facing 300 West will become live-work units, designed for people who need a small office or studio to work and meet with clients. Johnson said he’s heard from software designers, a jeweler and an architect who seem to be interested in the live-work style apartments.

Units on the second floor are expected to have lofts within the apartments. Johnson said several apartments with massive windows and skylights will have rooftop patios.

And then there’s the tall, brick smokestack in the northwest corner of the building. At the base of the stack lies a cavernous room that Johnson plans to become a common area for Borden Loft residents.

On Tuesday, the Logan Municipal Council approved the issuance of $5.6 million in private activity bonds for the project.

Blake Wade, a public finance attorney with GilmoreBell, told the Municipal Council how exactly private activity bonds work. It’s a federal program adopted by states that allows cities to issue bonds for projects that promote the general welfare of the state.

For this project, the developers are turning a vacant building into affordable housing, which benefits Logan. In a sort of win-win situation, the developers can then take advantage of the city’s tax-exempt status to receive federal tax credits and tax exemptions on the interest of the bond.

Wade said Logan cannot be held liable for repayment of the bond, and it will not affect the city’s bond rating. He said Zions Bank has proposed to buy the $5.6 million in bonds for Borden Lofts.

Logan Finance Director Rich Anderson said the city acts as a conduit. The bonds are issued through the city, but the city has no obligation on the debt.

“It’s simply a way for projects to piggyback off of the city’s tax-exempt status in certain situations to save a little bit on financing costs for the project,” he said.

Over the past 20 years, he said just three projects have used private activity bonds in Logan.

Recent developments in Congress caused the proposal to appear before the Municipal Council sooner than expected. Wade said a version of the tax reform bill currently moving through the Capital would eliminate private authority bonds. The House and Senate currently have different versions of the bill, so it’s unclear what the final version might include.

“They’re anxious to get something done so we don’t know what they’ll do; that’s why we’re here,” Wade said.

Graham, who works more on the financing and entitlement side of the development team, told the Municipal Council that the private activity bond would allow them to access the low-income housing tax credit program. With the help of those credits, he said, they plan on reducing rents on some units to 60 percent of the area median income and others at 49 percent. Between 9 and 12 apartments would be rented at market rate.

But, Johnson said, the main focus of the project is historic preservation. He has been working with the Utah State Historic Preservation Office and the National Park Service to make sure the building is properly preserved.

It would be cheaper and easier to tear down the building and start from scratch, but that’s not his desire. Johnson said it’s sad to see buildings get demolished because people think there’s nothing left to preserve.

“Yeah, it costs more money; it takes more time,” Johnson said. “But at the end of the day, it’s nicer to be able to put new life into a building and give it an additional 100 years as opposed to pushing it down and putting up some basic box that doesn’t have any kind of architectural or historical merit.”