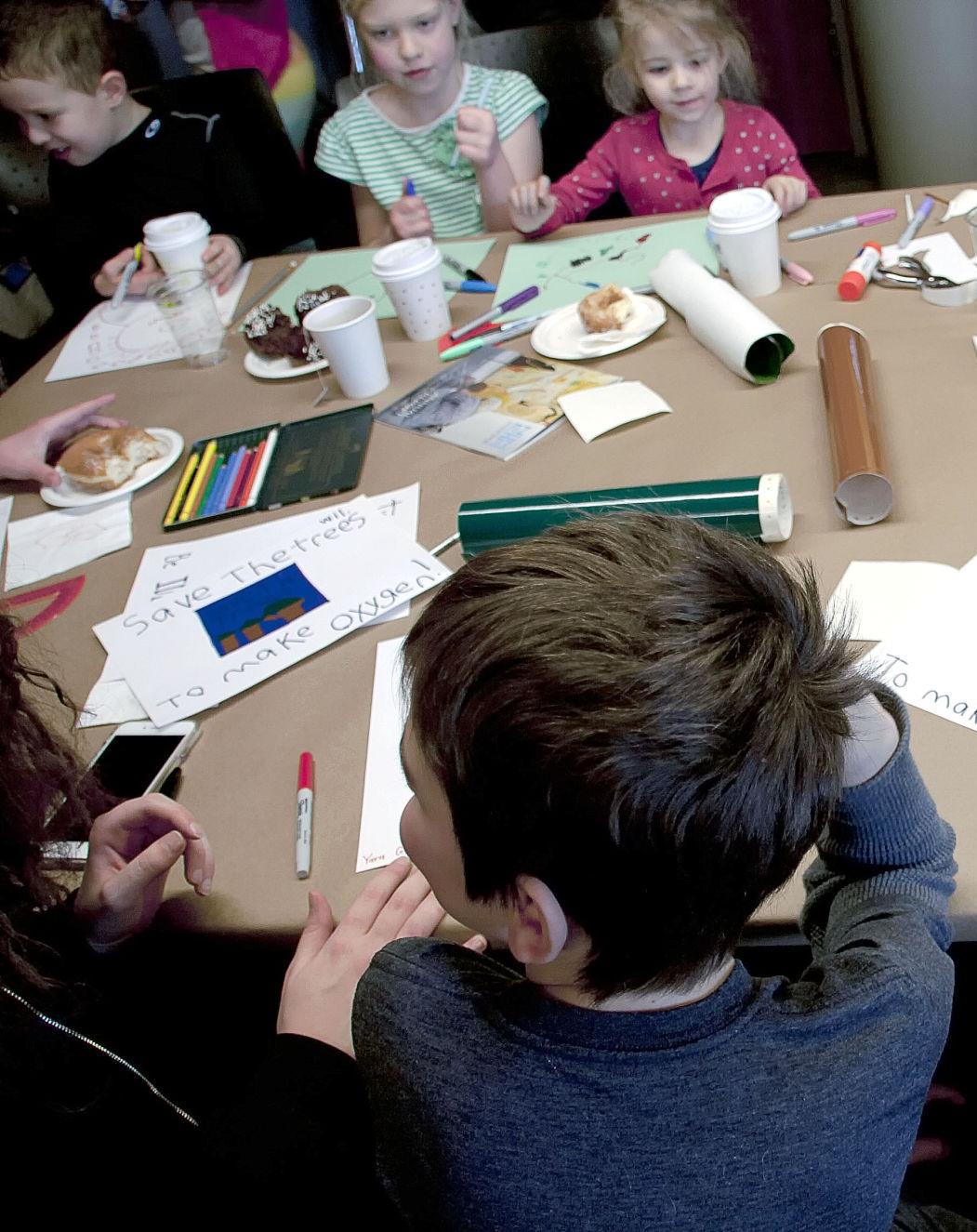 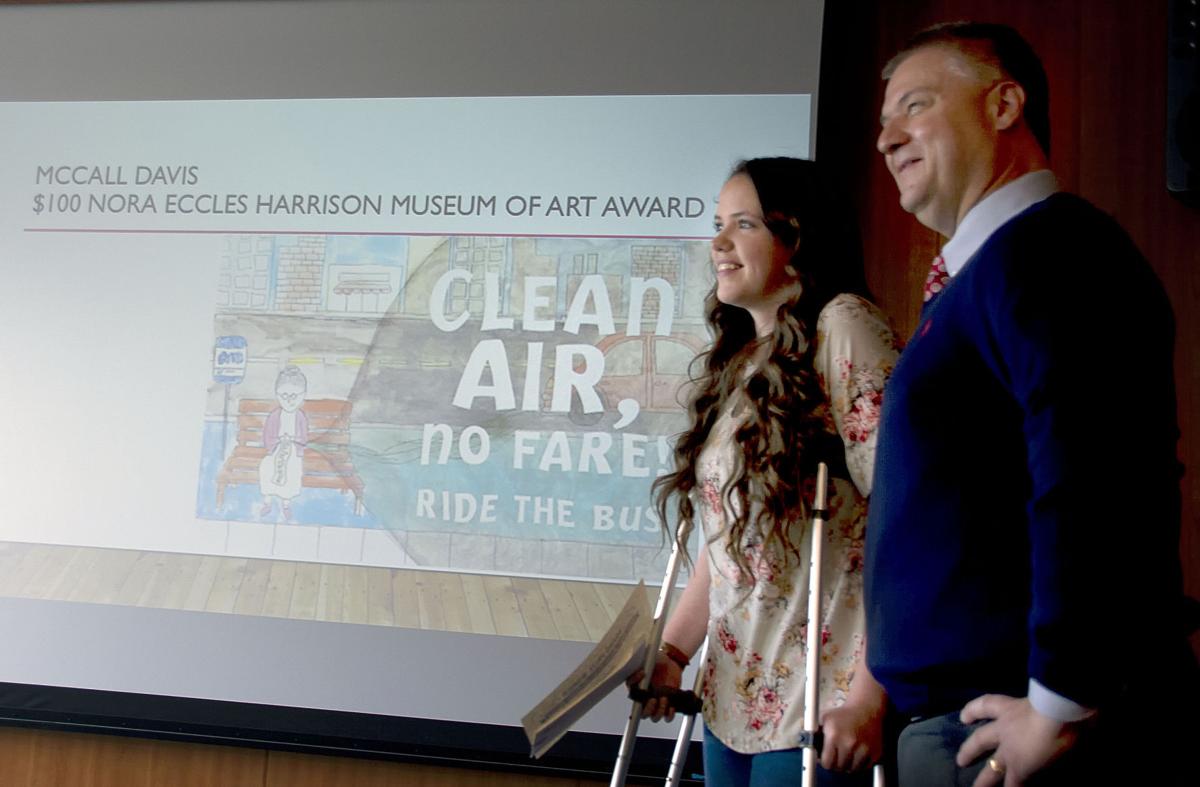 Some were scary, some funny, but they all support a good cause: raising awareness about air quality in Cache Valley.

The winners of the 2017 Utah High School Clean Air Poster Contest were announced Saturday at the Nora Eccles Harrison Museum Family Art Day at the Merrill-Cazier Library. Now in its third year, the poster contest reached 400 students at six local high schools. Out of those 400, 28 won school-wide recognition and $50 prizes. On Saturday, the final nine winners were announced.

Local organizations and businesses — including Cache Valley Electric, Youngblood Real Estate and the Cache Clean Air Consortium — donated over $2,600 in gift cards and cash prizes for the finalists. The top nine received cash prizes ranging from $100 to $250. Their posters will be displayed in locations around the valley, like at the library and local businesses.

Ed Stafford, USU marketing professor and co-creator of the contest, said the goal is to engage teens as they learn to drive to help the understand the implications of their new privilege. He said the finalists represent the “cream of the crop” of local art students and young air quality awareness advocates.

Yara Ghabayen, a Logan High School senior and AP art student, was awarded one of the two top prizes, a $250 cash donation from Cache Valley Electric. Ghabayen designed a three panel poster with rhyming phrases that advocate walking, biking and riding the bus: get on your feet, cruise on your street and sit on your seat. She said Cache Valley could use some more awareness about air quality.

“It’s something we need to change,” Ghabayen said.

Jessica Rush, a Ridgeline High School senior, was awarded a $200 cash prize donated by the Cache Clean Air Consortium for her “Clean up your act” poster showing a ballerina on a stage crowded with cars and dirty air. She said she thinks some people aren’t aware that their bodies can’t filter out air pollution.

Cache Valley has some of the worst air quality in the nation during winter inversions — when a layer of warm air traps cold air and particulate matter smaller than 2.5 micrograms, or PM2.5. The inversions are a result of the bowl shape of the valley, but the PM2.5 comes from a toxic combination of emissions from vehicles, industry and homes and ammonia from animal agriculture.

Although it is rarely enforced, it is illegal to idle a vehicle in Logan for longer than two minutes when the temperature is above zero degrees Fahrenheit, according to city code section 10.52.270B. The ordinance does not apply to on-duty police officers, firefighters or city vehicles.

Since she learned about the effects of driving, Rush said she avoids idling as much as possible — but usually she carpools.

“I definitely have changed my driving behavior from this contest,” she said.

And the winners are…