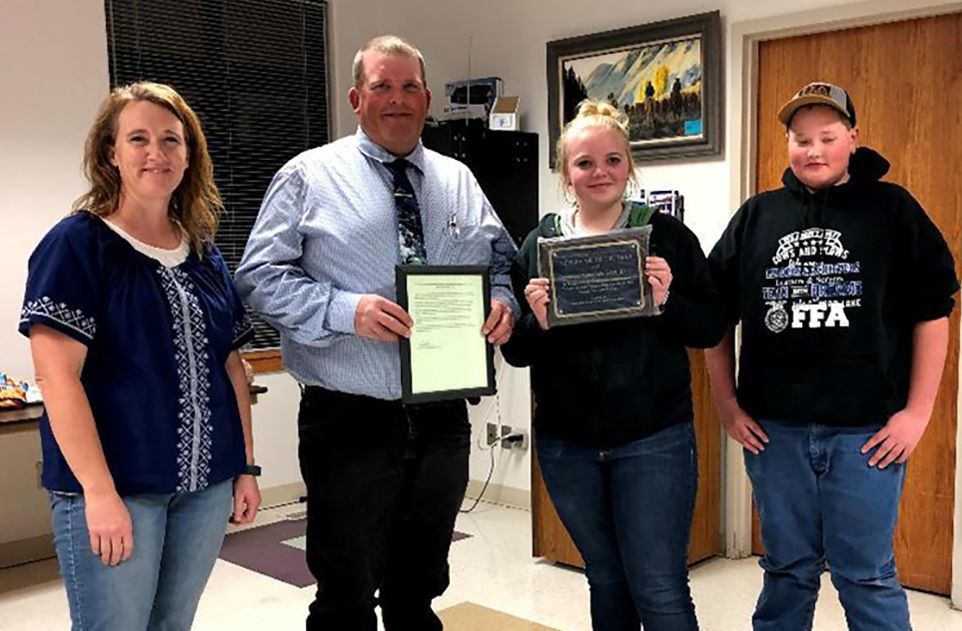 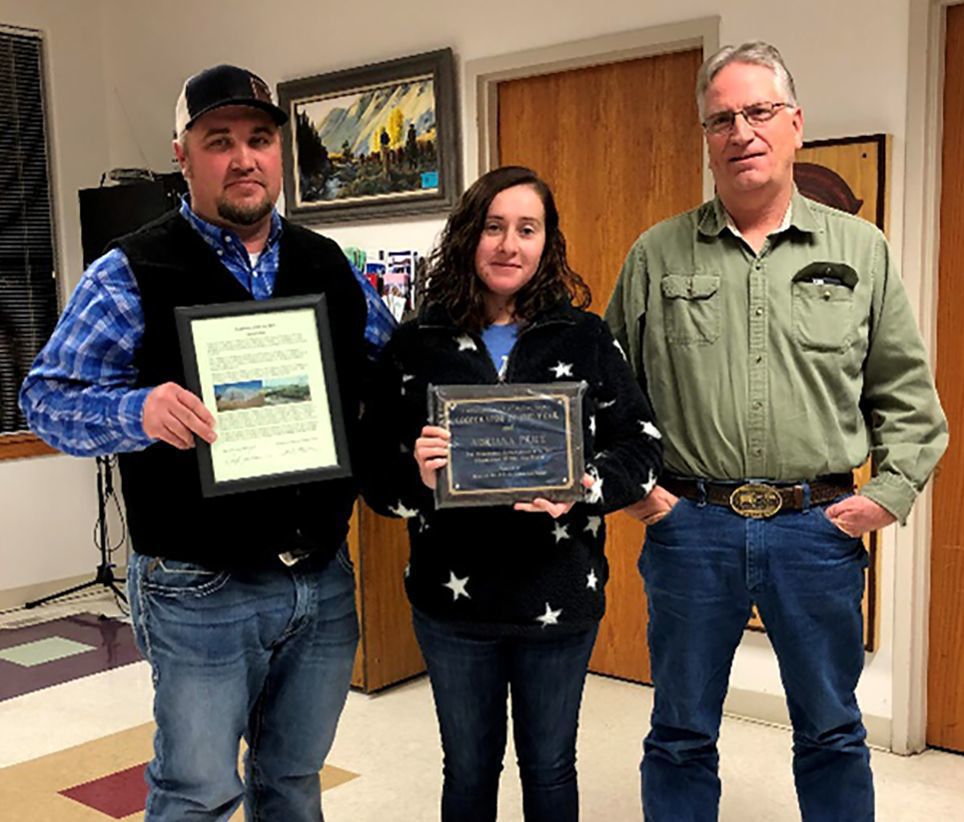 JC Price, Adrianna Price, and Presenting the award is Larry Mickelson from NRCS.

JC Price, Adrianna Price, and Presenting the award is Larry Mickelson from NRCS.

On December 5th, 2019, Bear Lake Soil and Water Conservation District held its annual Cooperator of the Year Banquet. This year we awarded two Cooperators. They were Teuscher Mountain View Ranch and Adrianna Price.

Teuscher Mountain View Ranch approached the district in 2016 about a project idea. It worked into the Thomas Fork AFOs project and so the work began. Throughout this project, the Teuscher family has been exceptional to work with. They were motivated from the time they started to the end of the project. They installed a new diversion structure and a mainline which will help their operation. The quality of the workmanship has a benefit to the natural resources and to their own operation that will last a long time.

Adrianna Price came into the Natural Resource Conservation Service office in the fall of 2017 and signed up for a new program called a “High Tunnel Initiative.” She already loved to garden but was very limited by the harsh climate found in the Geneva area. After working through the planning and sometimes cumbersome government eligibility documentation, she signed an official contract in April of 2018. She ordered a High Tunnel and waited somewhat impatiently for it to arrive. After delivery, she and her family constructed the High Tunnel and got it certified as completed in September 2018. Their construction was excellent and met all required criteria ahead of schedule. Adrianna ordered and installed a number of extra items for the High Tunnel that would make it easier for the future. This included end walls and irrigation sprinklers. Her 2019 crops grown in the High Tunnel were impressive. This High Tunnel should provide increased produce and be a benefit to the Price family for years to come.

Both projects were a part of the District’s Annual Tour in September. It was great for other landowners to be able to see what types of projects they might be able to be involved in on their own operations.