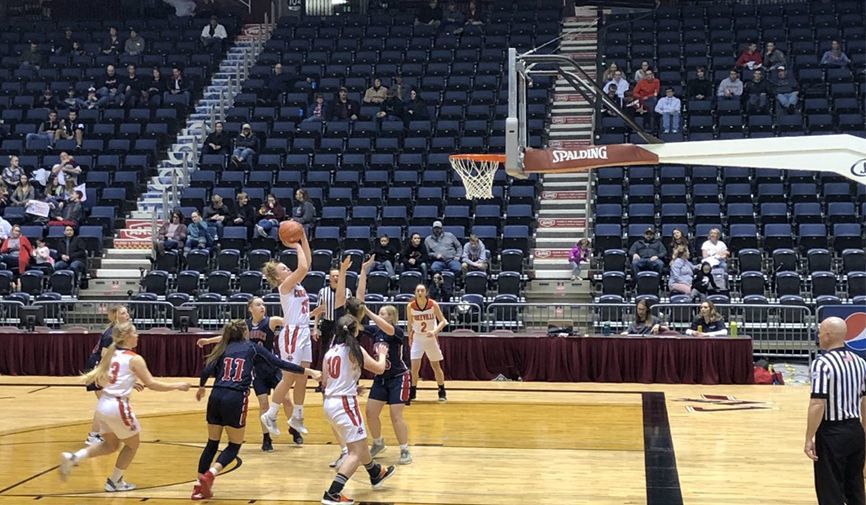 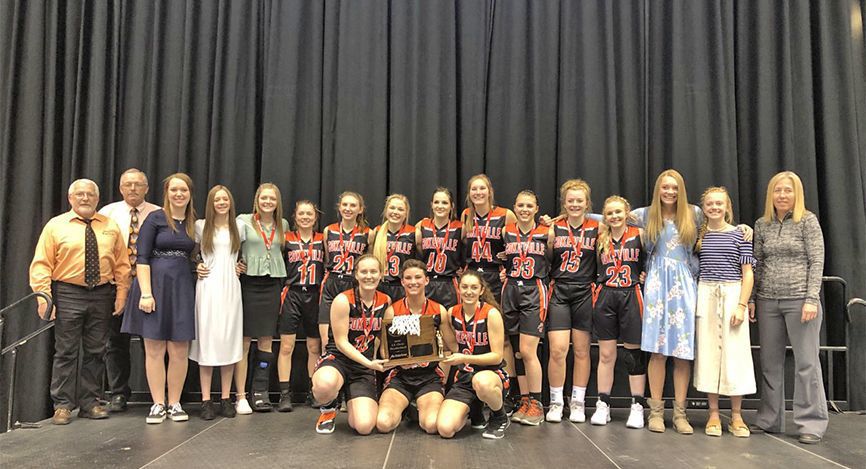 This win advanced the Lady Panthers to the semi final game on Friday at Natrona County High School against the Lady Bobcats of Upton. This game proved to be a one of the toughest games of the season for the Lady Panthers but they were able to eek out the win 54-53 to clinch a spot in the Championship game on Saturday. Leading the Lady Panther scoring was Emmie Barnes with 20 points followed by Kylee Dayton with 16 points, 8 rebounds and 6 assists. Kamille Nate with 13 points and 8 rebounds. Tana Teichert had 7 rebounds and Emma Teichert had 7 steals. The Championship game on Saturday was played in the Events Center matching up the number 1 seed from the East, the Lady Bucs of Kaycee and the number 1 seed from the West, the Lady Panthers of Cokeville. The Lady Panthers had a slow start in the first half but pulled away in the second to bring home the championship trophy winning 46-33.

Thanks to everyone who traveled to Casper to cheer on the Lady Panthers helping them bring home the State Championship!