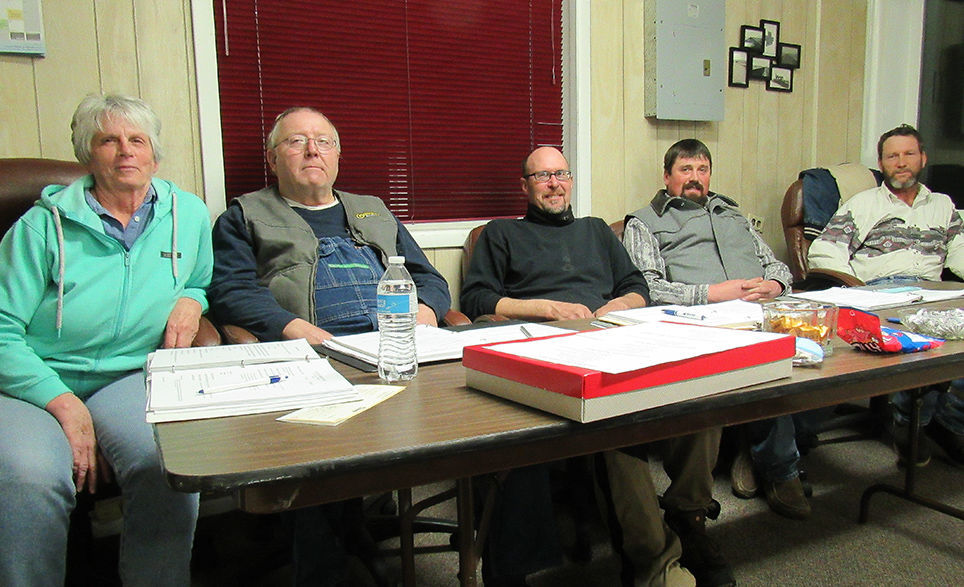 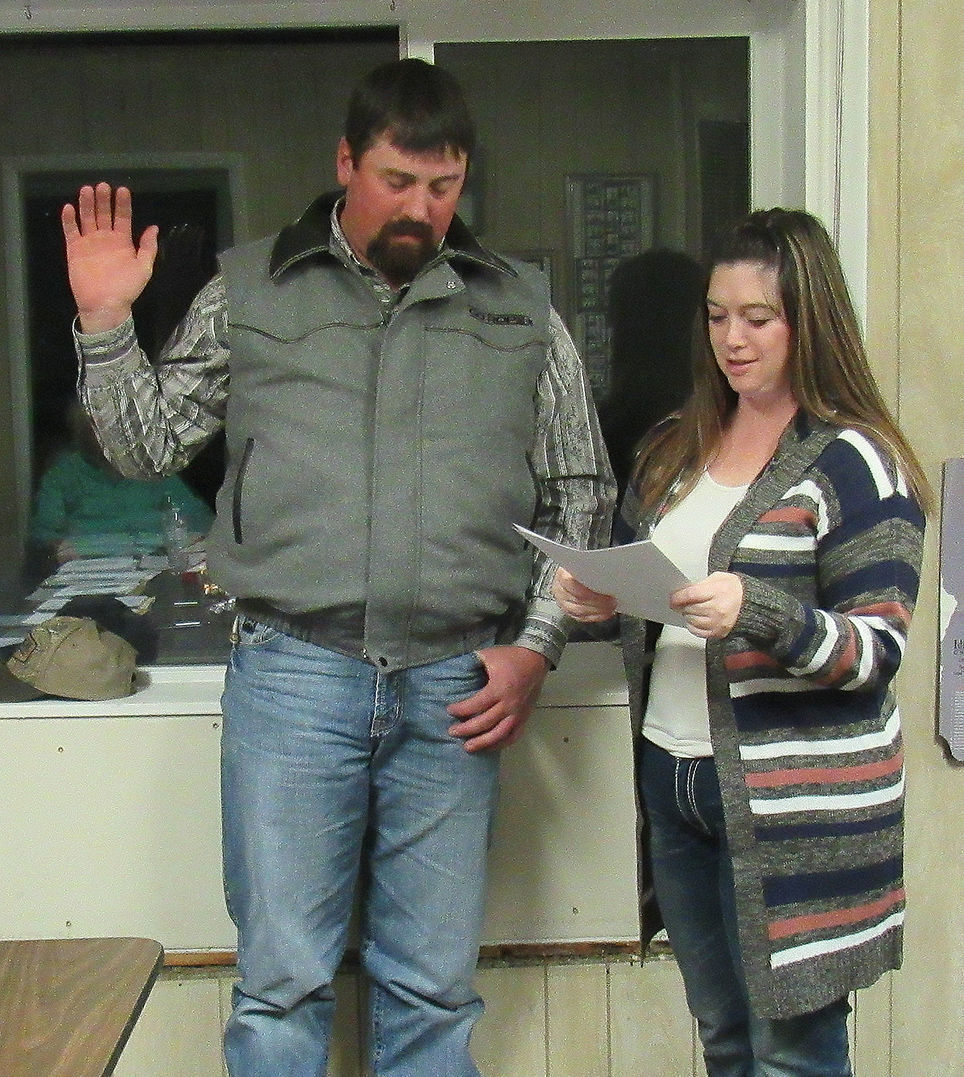 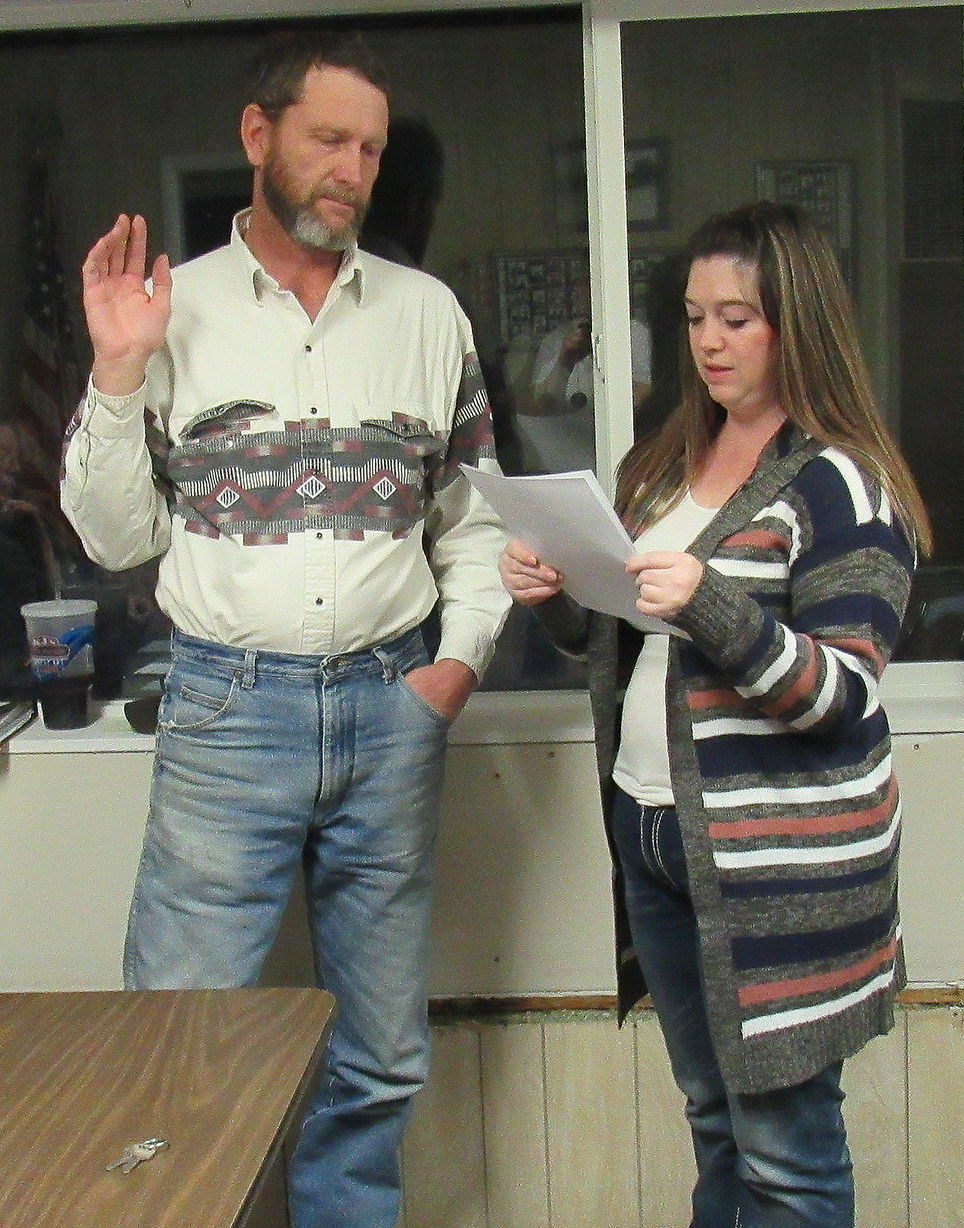 Mayor Steve Waechtler called the meeting to order and welcomed all who were present.

The agenda was approved, and the meeting minutes from the Dec. 4 meeting were read and approved.

Checks and vouchers for December bills were signed by the existing council members before the new members were sworn in.

At that point, Greg Kunz was elected as Council President and each member was given his assigned duties, which are: Deloy: sewer department, roads and right of ways, traffic and street signage, recreational access property, and city liaison with state and county road departments, U.S. Forest Service, Bureau of Land Management, and five-county transportation representative; Tee: fire and law enforcement; Greg: gas and power; and Marty: planning and zoning.

Tee was then approved as a new signer on checking accounts and Matt Argyle was removed as a signer.

Kevin Martin of Sunrise Engineering gave an update on the water improvement project, which started with a recap of the project for the benefit of Tee Steadman. He said that all of the pipe work is done except for the crossing on Fifth Street, and there are a couple of houses on First street that aren’t complete. The remaining PRVs and chlorination building and the crossing on Fifth Street will be completed in May, June, and July. There has been no new development with Adam McKenzie, the attorney on the project. Kevin will keep in touch with Doug Thompson regarding the project between now and when the project is completed. He then submitted an interim change order and a pay application for approval, stating that another change order will be submitted at the end of the project. Kevin stated that they are over the contract amount, but under the estimate, but that the contract amount will drop due to the asphalt they will be pouring throughout the rest of the project.

Dog Ordinance #97 was brought to the attention of the council once again, represented by Lisa Humphreys and Jessica Alleman. Jessica discussed with Mayor Waechtler the point of having or not having a kennel in the town to house dogs until owners or the ANH picks them up. The council agreed that they don’t want one because of the cost of taking care of the animal while it is in the kennel. That is basically the only point that was left to agree on for completion of the ordinance. The council will now do a final look over of the ordinance and put it to a final vote during the next council meeting. It will then be published in the newspaper, per mandate, and be put into law.

At that point, the mayor asked if any of the council members had anything to discuss, and none of them had anything of importance to bring to the table this month.

The police report had nothing of consequence this month, but the maintenance report had Doug Thompson presenting a possible plan for his retirement in combination with hiring a new person to take his place.

In office business, the city has 23 delinquent water and sewer accounts, which they feel is getting better. They are looking at updating the employee policy to include a physical probationary period and adding a requirement to obtain schooling and getting licensed to the job description for Doug’s replacement.

The meeting was then adjourned.