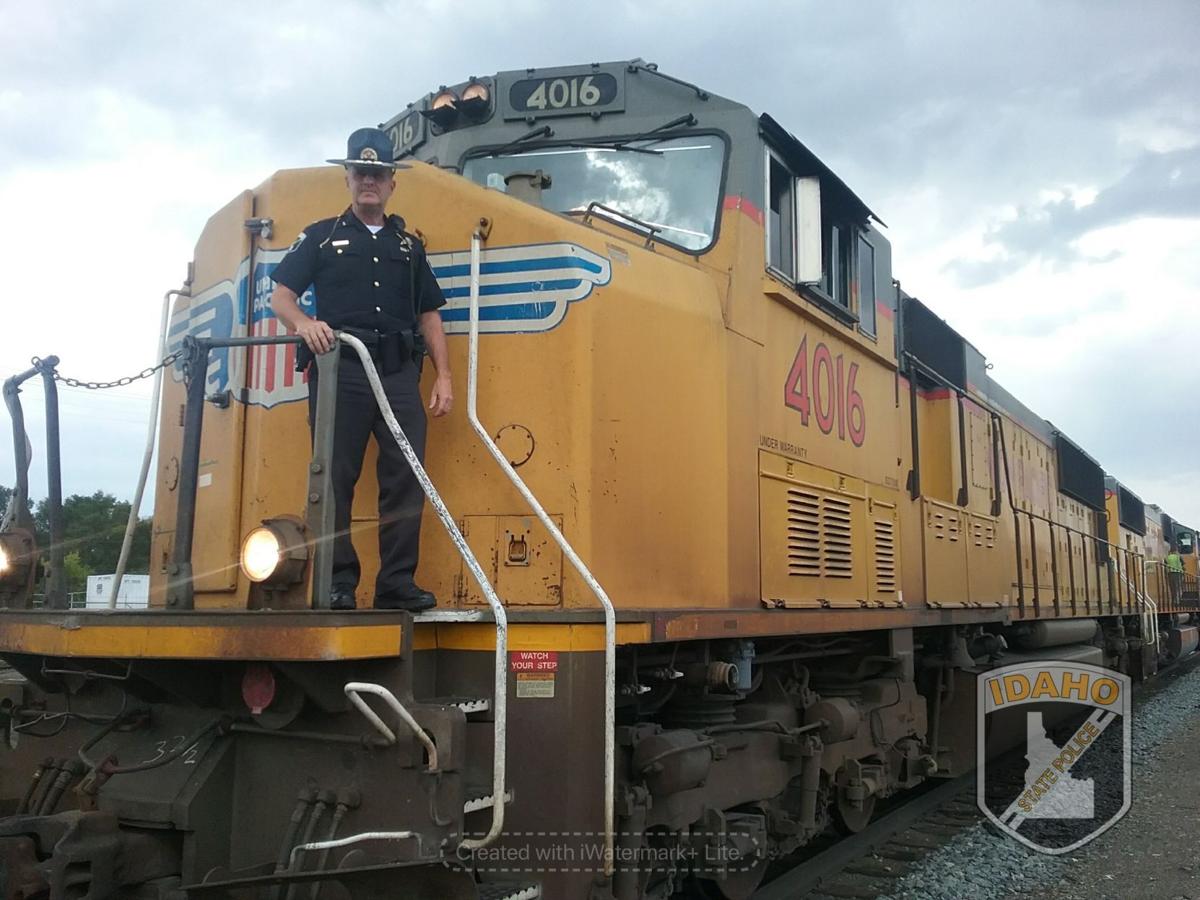 “Officer on a Train” in the Idaho Operation Lifesaver Program 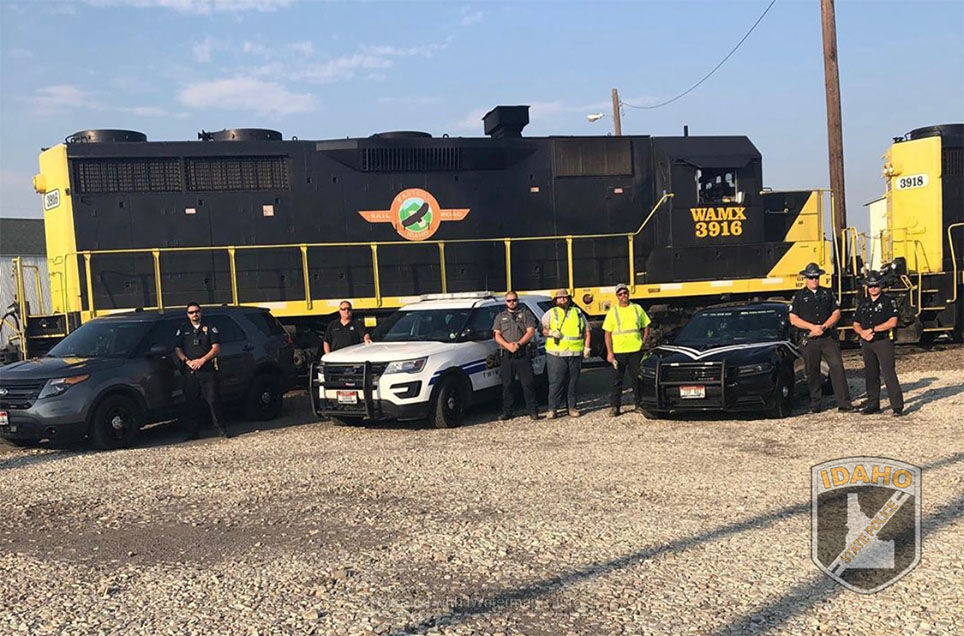 “Officer on a Train” in the Idaho Operation Lifesaver Program

Idaho State Police and partner city and county law enforcement, made 53 traffic stops in about 12 hours last week as part of Operation Lifesaver, an effort to prevent collisions and save lives at railroad crossings.

However, Troopers are praising motorists for the number of stops they didn’t have to make and collisions that didn’t happen.

“We are encouraged by the amount of voluntary compliance we saw at the crossings. Most of the drivers stopped and waited for the train to cross. It looks like our educational and enforcement efforts are helping save lives and reduce collisions at railroad crossings, and that’s very gratifying to see.” Said Lt. Chris Weadick of the Idaho State Police District 6 in Idaho Falls.

- Thursday, August 27, in about 8 hours of enforcement at crossings from Pocatello to Idaho Falls, 26 drivers were stopped.

- Motorists were given either warnings or citations. Citations for violating railroad crossing laws carry a $90 fine.

“We saved the citations for only the most flagrant violators, the ones who cross the tracks and it’s such a close call. Some drivers said they thought the train was farther away. But a lot of folks said they knew they should have stopped.

“We’d rather issue a citation than have to notify a family they’ve lost a loved one. We’ll keep educating motorists through Operation Lifesaver because the risk of trying to beat a train is just too high.” Said Lt. Weadick.

How does Operation Lifesaver “Officer on a Train” program work:

During the “Officer on a Train” enforcement effort, one officer is placed in the lead locomotive of a train as a “spotter.” This officer observes traffic approaching the highway-rail intersections as the train proceeds down the tracks. Other officers pace the train or are parked at specific locations. When a motorist is observed violating the laws pertaining to the approaching intersection, the officer on the train radios a partner officer, who stops the motorist, explains the dangers, and may issue a citation.

Idaho State Police have responded to six incidents in 2020 involving collisions at railroad crossings. 4 of the 6 incidents resulted in injuries, including 1 fatality on July 7 in Fort Hall

- The train you see is closer and faster-moving than you think.

- Do not get trapped on the tracks; proceed through a highway-rail grade crossing only if you are sure you can completely clear the crossing without stopping.

- If your vehicle ever stalls on the tracks, get out and get away from the tracks, even if you do not see a train. Locate the Emergency Notification System sign and call the number provided, telling them about the stalled vehicle.

- At a multiple track crossing waiting for a train to pass, watch out for a second train on the other tracks, approaching from either direction.

- When you need to cross train tracks, go to a designated crossing, look both ways, and cross the tracks quickly, without stopping. Remember it isn’t safe to stop closer than 15 feet from a rail.

The Idaho Operation Lifesaver effort relies on three areas to eliminate vehicle collisions with trains: engineering, education, and enforcement. Drivers are encouraged to know what railway signs, signals, and devices at the crossings mean. Programs like “Officer on a Train” help with both education and enforcement.

Since 1990, the “Officer On A Train” program has been instrumental in helping reduce the number of car-train collisions throughout Idaho.

- In 2000, according to Idaho Operation Lifesaver, there were 33 incidents at Idaho highway-rail crossings, with 10 fatalities.

- In 2015, according to Idaho Operation Lifesaver, 12 incidents were reported with 2 fatalities.

City, county, and state law enforcement, state and federal agencies, along with the private business and the railroads, partner to operate as the state sponsors for the Idaho Operation Lifesaver program.