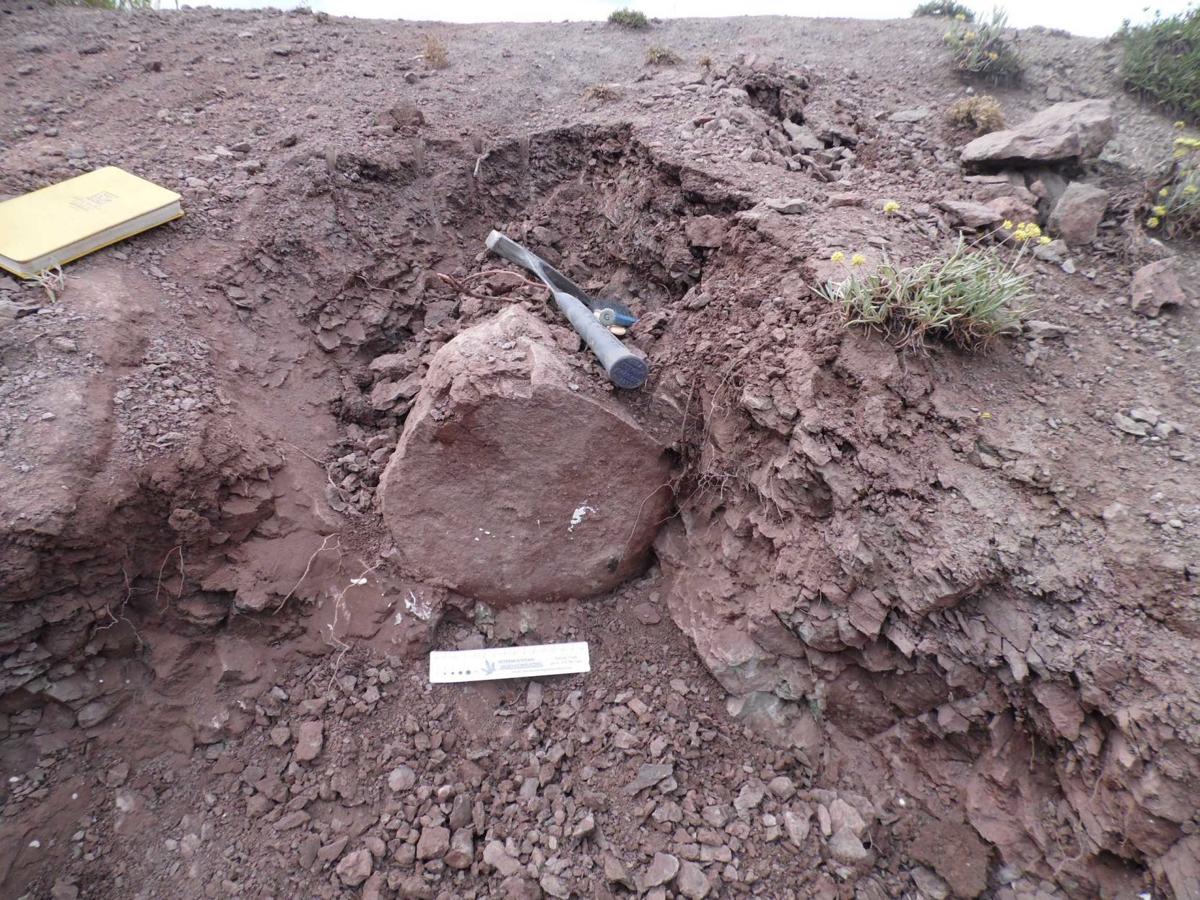 Jacket removed with burrow recognized behind 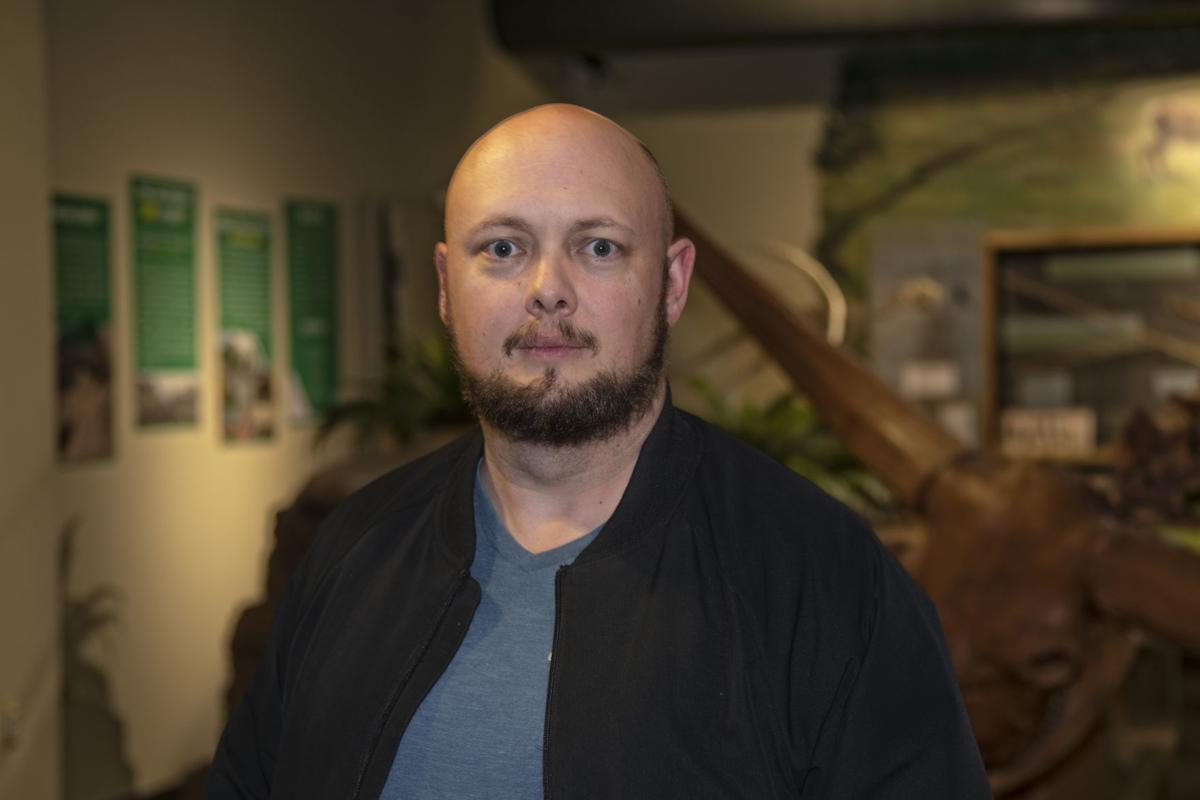 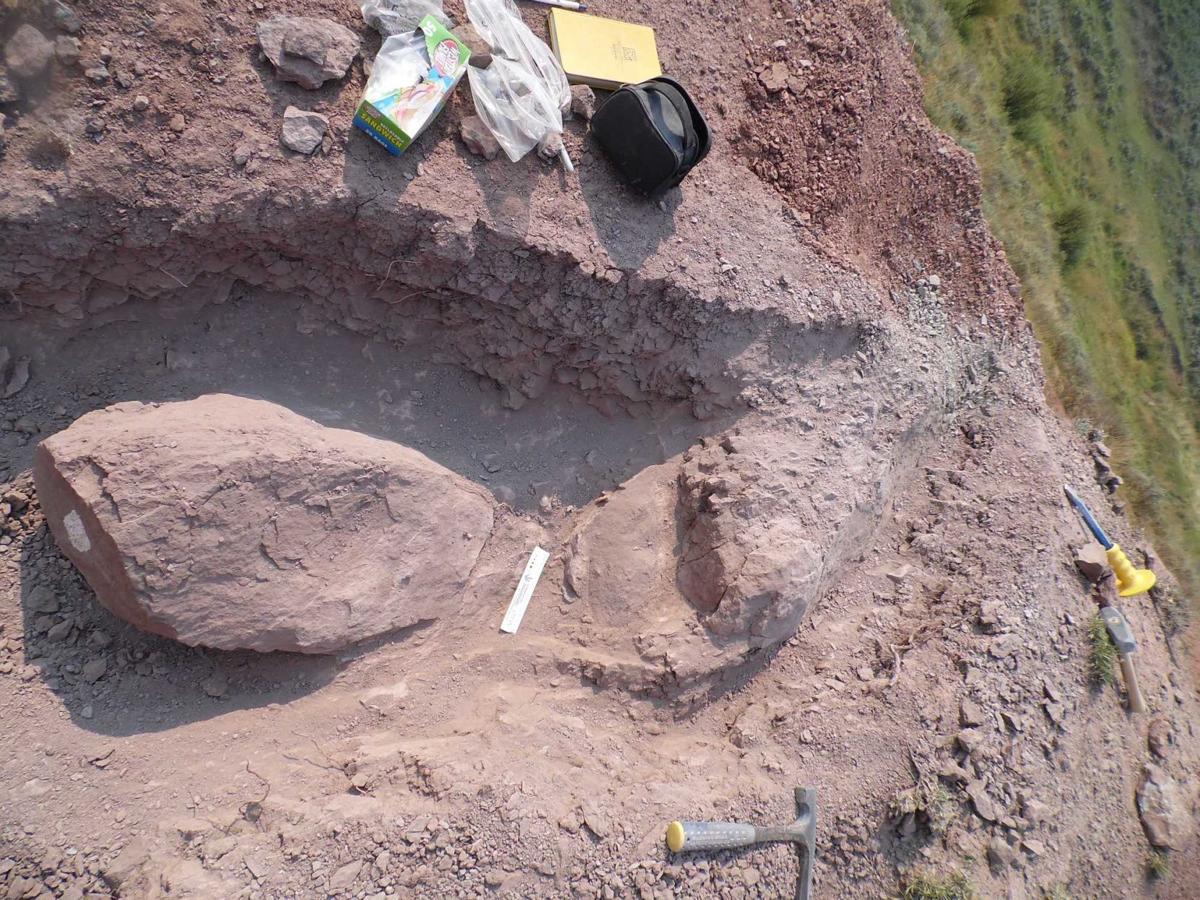 Jacket removed with burrow recognized behind

“I think this is pretty awesome,” Krumenacker said. “It is an incredible animal and it shows the potential for future discoveries in Idaho. A lot of where I’ve been looking has never been looked at before, and I expect there is a lot of Idaho dinosaur discoveries left to find.”

The creature he discovered in the Caribou Range in the vicinity of Soda Springs is known as Oryctodromeus, a dinosaur about the size of a modern Great Dane, that was probably about 2-1/2 feet high at the hips and 11 feet long, including a 7-foot long tail. This dinosaur ate plants and the fossils are about 98 million years old.

Krumenacker was helping to teach a field course for future paleontologists that was offered by Montana State University. While the main professor, his advisor, was lecturing the class, Krumenacker said he was “poking around” and found some bones at the site where the lecture was taking place. Later, he went back to the site and found more bones and hoped to find a burrow. After excavating a skeleton, he found a big rock tube behind the skeleton. He excavated the tube and realized it was a burrow and that the skeleton was found just at the lowest end of the burrow.

Although the dinosaur that he found was the only one in the burrow, he said that this species raised their offspring in the burrows.

“We know this because other specimens have been found where adult and young Oryctodromeus are in the same burrow,” Krumenacker said. “Burrows were a good place to raise kids and a safe place to go to not get eaten by other dinosaurs. At this time Idaho was hot and very wet, so it was also a good place to get out of the weather.”

Krumenacker is the principal author on the paper “Taphonomy of and new burrows from Oryctodromeus cubicularis, a burrowing neornithischian dinosaur, from the mid-Cretaceous (Albian-Cenomanian) of Idaho and Montana, U.S.A.” that was published in September in the Journal of Palaeogeography, Palaeoclimatology, Palaeoecology.

Among other topics, the paper showed evidence that these burrowing dinosaurs raised their young, that adults lived together in family units in burrows and that these dinosaurs may have lived in colonies similar to modern burrowing animals like ground-hogs.