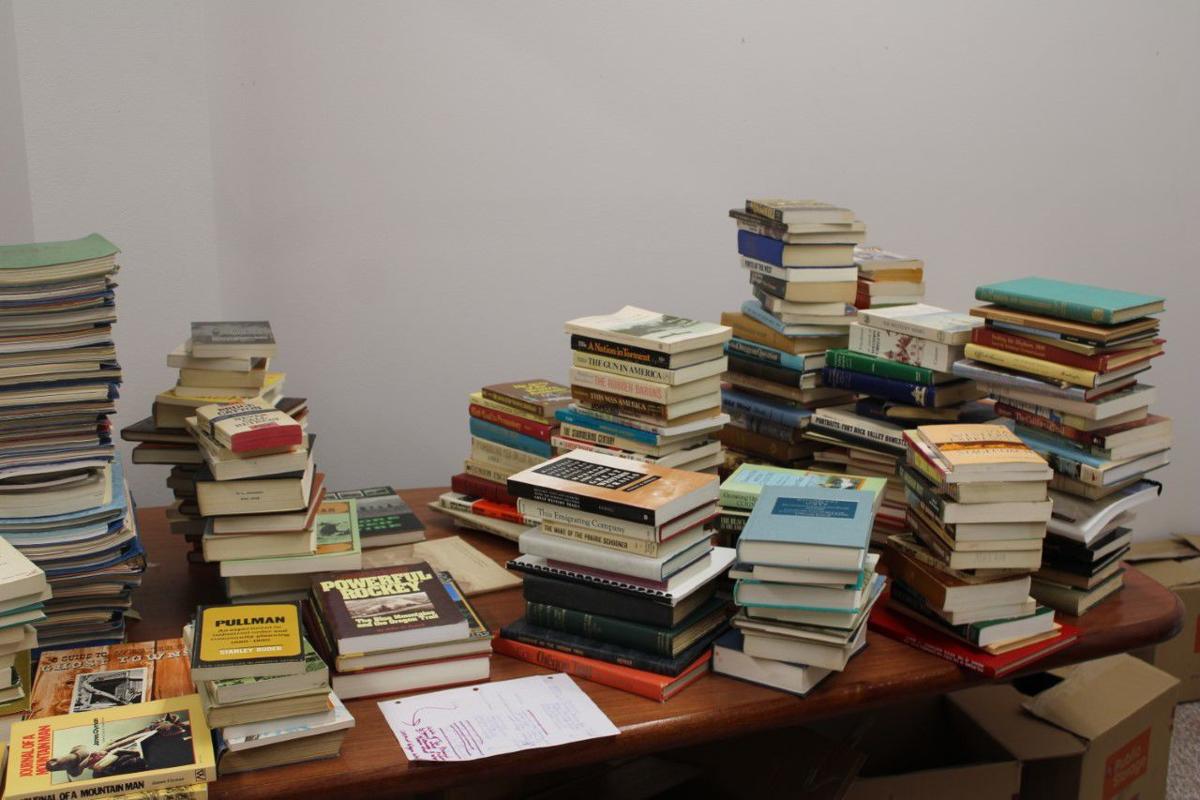 Many of the donated items in stacks on a table. 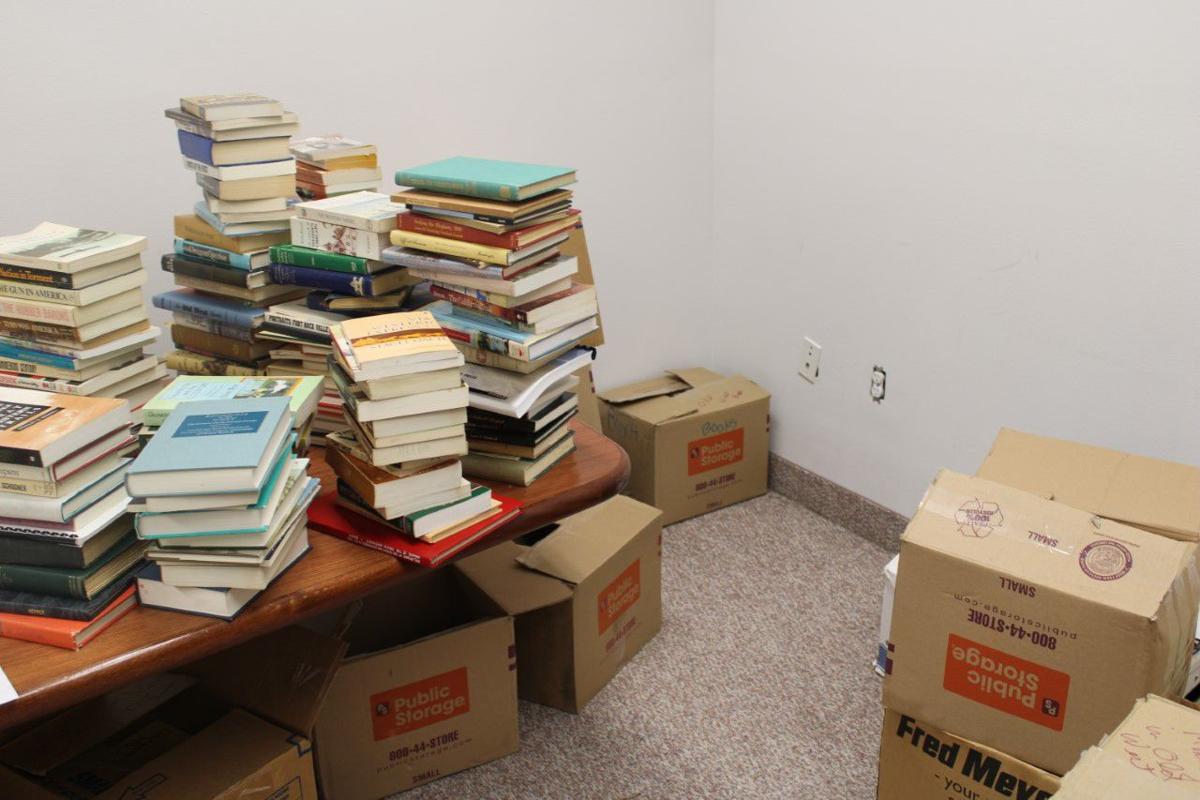 Many of the donated items in stacks on a table.

Professor Milton Madden of Eugene Oregon recently donated a thousand books, journals, periodicals, and around one hundred thousand slides regarding the Oregon Trail to the National California/Oregon Trail Center.

Professor Madden was an American History professor who focused on the different immigrant trails such as the Pioneer trails, Boseman trails, California trails, and the Mormon trails. He specifically taught Oregon trail personal research. While he taught, he accumulated these books, journals, periodicals, and slides, and after he died, his children donated them to the Oregon Trail Center in Montpelier.

This proved to be a daunting number of items to deal with, so they sat upstairs in the Trail Center for two years. Then, one Kristy Owings, author and writer, moved to Montpelier from Texas. Kristy and her husband, Keith, and 16-year-old son, Keifer, moved to the area about two years ago. Kristy writes under the pen name Kirsten Osbourne and has written 180 historical western, contemporary, and medieval romance novels since 2011. She has a degree in Public Speaking with a minor in Creative Writing from Southeast Louisiana University and has been writing since she was 10 years old. Kristy was asked to join the OTC board in January of this year and was then asked to organize the donated items and turn a room into a library specifically for them.

Kristy says she is in the preliminary stages at this point, going through and sorting items into categories. There are books on any number of subjects in American history; some just plain American History, some concentrating on the Civil War. But according to Kristy, 75 percent of the books are on the trails. There are also a number of books on Women’s History.

Plans are to take the slides and make them into digital prints. It will take hours and hours, but Kristy says she is excited to see what is on them. She has looked at a couple of them, and she says it looks like Professor Madden actually drove the pioneer trail and took pictures of everything along the way. He then used those pictures in his lectures. Some of them are still organized into Oregon Trail site lectures. It is just a matter of going through and figuring it all out. She says she has a hard time because she keeps getting distracted by the research; it’s hard not to read every single thing. She says she has personally read about 75 of the journals.

When asked what motivated her to take on such a big project, Kristy said, “For me, I sat down and started touching these books, feeling the history in them, glancing through them and immediately decided I would write an Oregon Trail series. In fact, the first two books are out and I am working on the third. I am using the books for my work, but I love every piece of history and being able to immerse myself in it. It’s absolutely amazing. More than anything, I took it on because of my passion for the subject. When I started looking at the [items], it took about 10 minutes to realize that I needed to do this project for both myself and the Oregon Trail Center.”

She says that they are planning on her reading some excerpts from the items and putting them online then doing a tour of the Oregon Trail Center that will be online because of what is going on this year. They are hoping a lot of what will happen at the Oregon Trail Center will be focused online soon. She will find some excerpts particularly interesting from the journals and put them on video. She says she is excited about that.

She has also made an offer to her readers that if any of them will make the trip here to the Oregon Trail Center, she will change into a pioneer dress and give them a private tour. She says, “It will bring new people, I promise.”

They are also hoping to have a grand opening event next year where they will unveil the library. So, they have about a year to put it together. Kristy says a lot of the preliminary work has been done. However, the recent earthquake tipped over a lot of the boxes she had stacked. But for the most part it is going well. It is just a matter of taking the time to get to the OTC and do it.

She says, “I am just ecstatic to be involved in the project. It’s big and major and there is a ton of work that still needs to be done, but I am excited to do it.”

The Oregon Trail Center and the valley are lucky to have found Kristy. A project like this needs someone like her who is interested in the valley’s history and the Oregon Trail itself. Who else would immerse themselves in a thousand books, journals, periodicals, and slides and organize them into a library but someone who loves the subject and wants to research it? It will not only help her work, it will help everyone who lives in Bear Lake and all who visit the Oregon Trail Center.