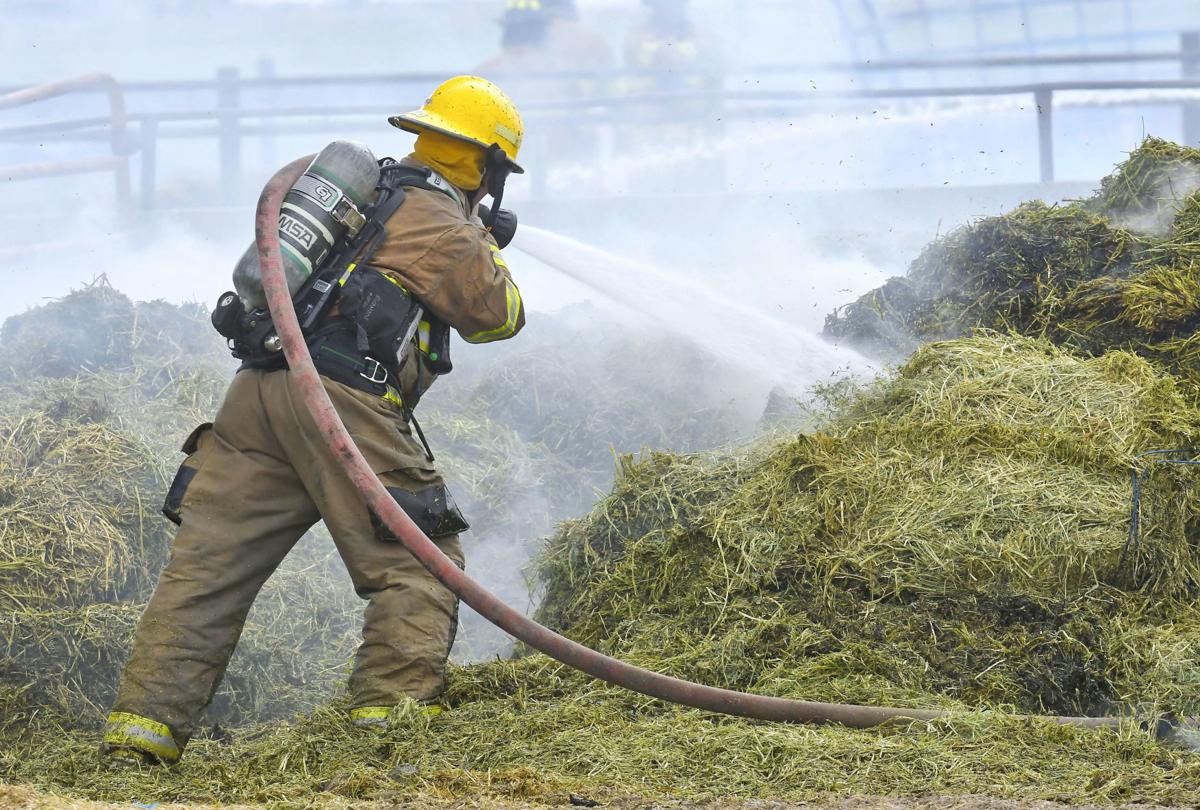 A firefighter sprays water onto burning hay bales on Monday in Lewiston. 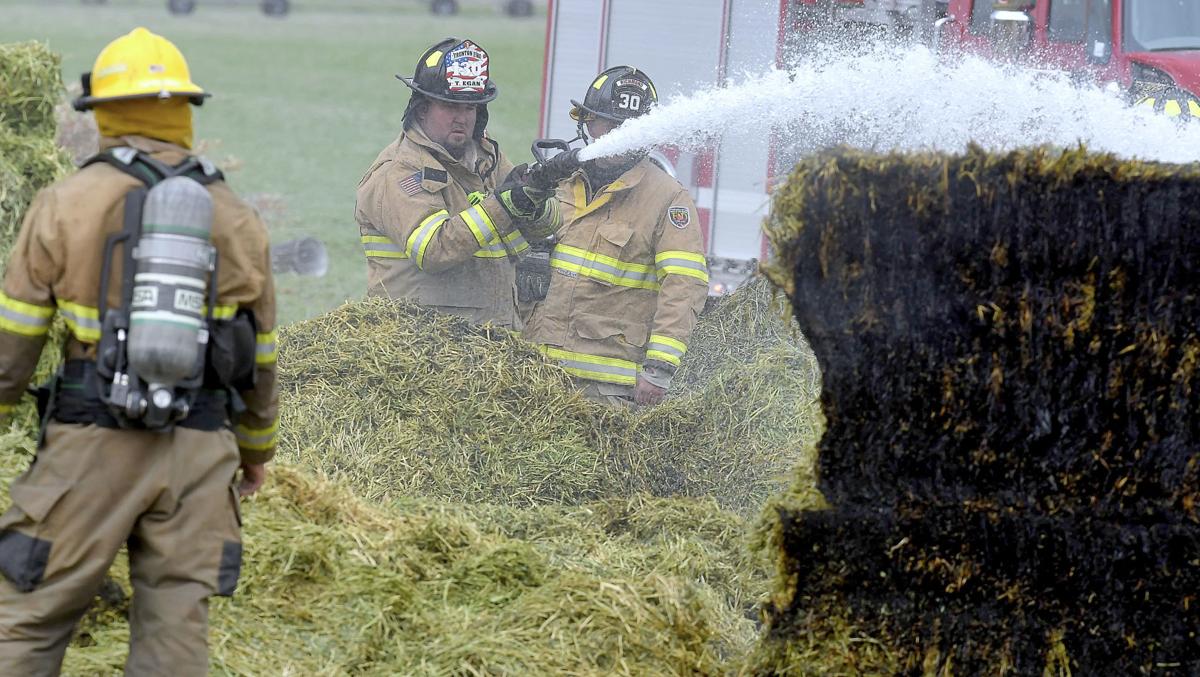 A firefighter sprays water onto burning hay bales on Monday in Lewiston.

Firefighters from several agencies spent more than three hours fighting an out-of-control ag burn in Lewiston on Monday — a scenario that’s played out several times this spring due to dry and windy conditions.

Wind picked up embers from a controlled burn of tree limbs and other green waste and carried it into a hay barn shortly after noon on Monday, according to Lewiston Fire Chief Jake Johnson. By the time firefighters arrived, Johnson estimates the blaze had spread to about 75 to 85 percent of the hay.

Firefighters from Lewiston, Richmond, Trenton, Smithfield and Franklin and Cache county departments assisted with the fire. The fire was endangering livestock, but Johnson said Monday evening that to his knowledge none were injured.

It’s not an exact count, but Johnson estimated that about 50 or 60 large bales of hay were destroyed.

“We’re seeing more fires more frequently that we normally wouldn’t have this time of year,” Johnson said. “A lot of these that we’re seeing are controlled burns that are having a rapid spread due to the wind in the afternoon.”

A similar fire occurred just Sunday in Lewiston, where wind carried embers from a controlled burn into a building, according to Johnson.

Despite the windy, dry spring, Johnson said there are things people planning ag burns can do to help keep them under control.

“Keep your burn piles really small and be able to do several smaller ones,” Johnson said. “And then really be cautious about looking at the weather and what the predicted weather is. The weather’s following really closely to what predicted winds are each day, so just be very aware before you do that controlled burn as far as what the conditions are going to do throughout the day.”

Cache County Fire Marshal Jason Winn agreed that this year has been abnormally busy for firefighters.

“And if it’s going to be windy that day, consider burning another day,” Winn said. “It’s just a lot safer that way.”

Southward in the state, wildfires like the Little Pass Fire in Tooele County, the East Myton Fire in Duchesne County and the Choke Cherry Fire in Iron County have burned hundreds of acres already this year. The National Weather Service in Salt Lake City has already started issuing “red flag” warnings for fire danger in parts of the state, with current info available at weather.gov/slc.

North of the border, a brush fire burned 40 acres near Franklin a day after a property owner had been burning tree debris in the area, and firefighters have also responded to multiple other grass fires this spring in Franklin County.

“We are in a La Niña weather pattern, so the forecast includes hotter, drier temperatures for the West and Midwest,” Franklin County Fire Marshal Matt Gleed told The Preston Citizen. “When it gets really dry, we won’t allow any burning.”

Burn permits are required in the Cache Fire District and are available from March 30 to May 30 from cachecounty.org/fire.