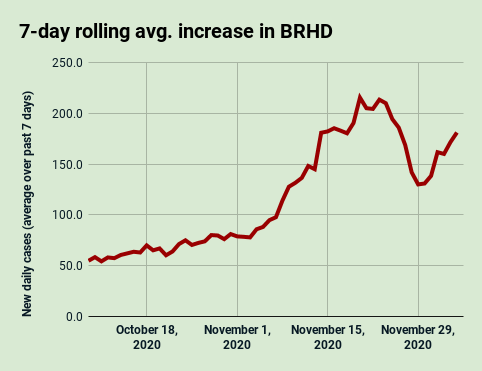 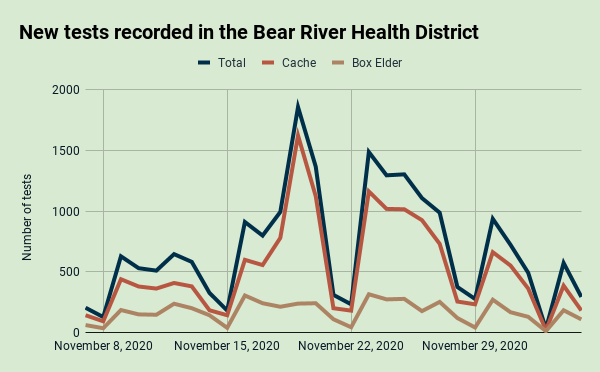 The rate of newly reported COVID-19 infections continued to climb Saturday in the Bear River Health District, while a dip in tests performed appears to be contributing to a rise in the percentage of tests coming back positive.

BRHD reported that over the past seven days, the district averaged 181 new positive tests daily. That's up from the 7-day period ending Friday, which averaged 172. The 7-day rolling average bottomed out last Sunday at 130 after it had fallen from a peak of 215 on Nov. 20. The rate climbed dramatically over most of November, starting out the month with a rolling daily average of about 80.

The share of tests that have come back positive in the district over the past seven days rose to 27.7% on Saturday. The rolling percent positivity had hovered around 20% for the week of Thanksgiving, likely due to huge testing increases as Utah State University worked to clear students before travel. About 2,300 tests were performed over the past seven days, compared to about 5,100 from Nov. 20-27.