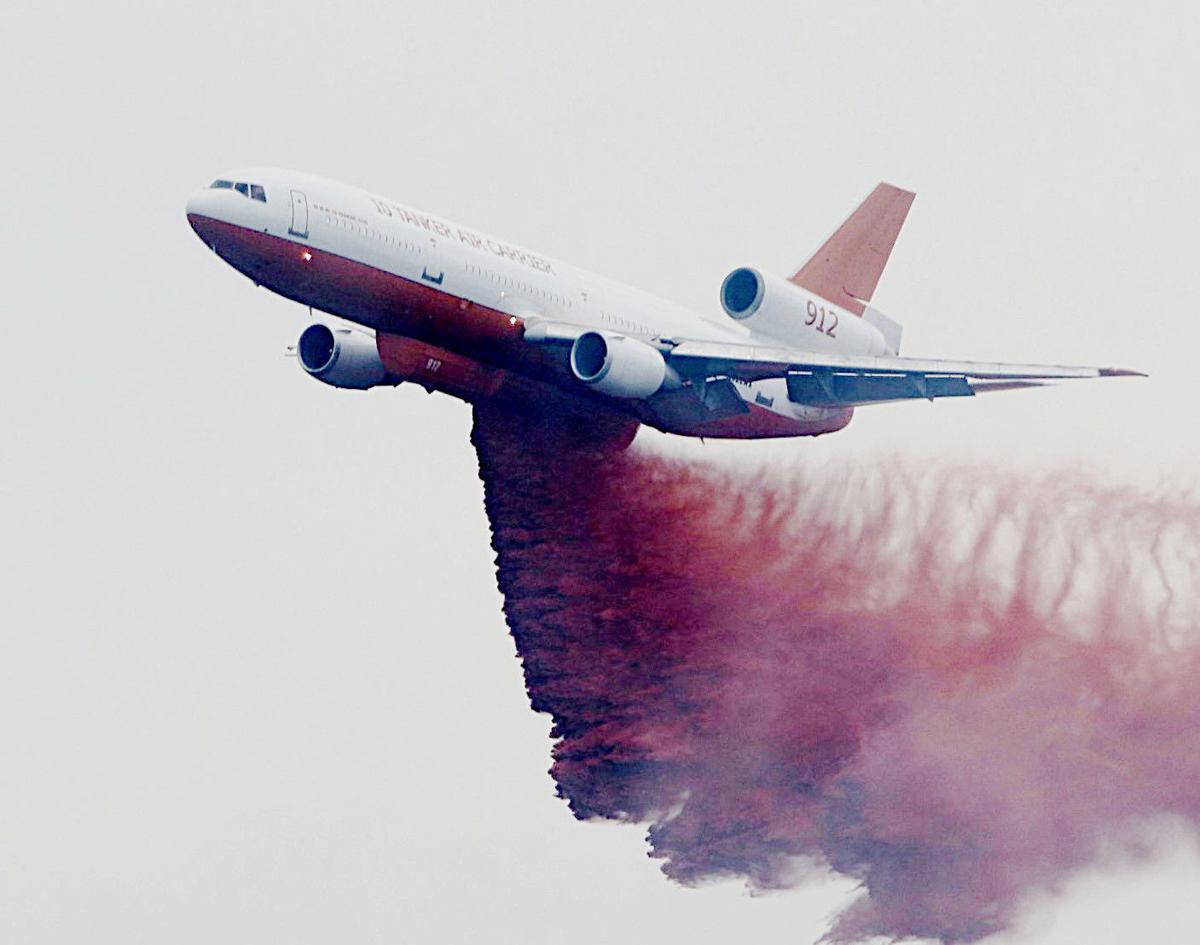 A DC-10 air tanker drops retardant on the raging wildfire between Downey and Malad on Tuesday afternoon. 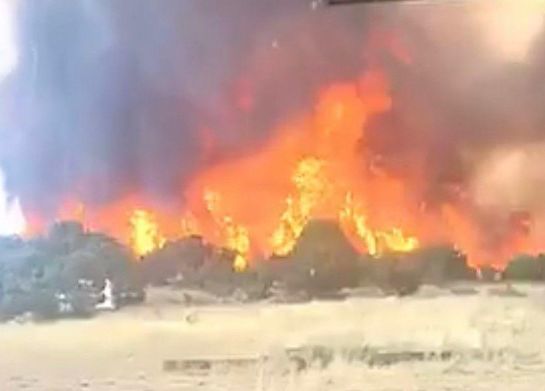 The raging wildfire that ignited Tuesday afternoon along Interstate 15 between Malad and Downey.

A vehicle crash on Tuesday afternoon along the border of Bannock and Oneida counties has ignited a raging wildfire that’s resulted in numerous evacuations.

The flames from the wildfire between Downey and Malad were more than 100 feet high Tuesday and smoke from the blaze could be seen from several miles away. The fire was burning dangerously close to several houses and authorities had temporarily shut down the Malad Summit rest area along Interstate 15 as a precaution. The interstate remained open but motorists are being advised to avoid the area.

The crash that ignited the wildfire occurred around 1 p.m. Tuesday on Interstate 15 near the Malad Summit rest area. The vehicle, believed to be a van, overturned during the wreck and caught fire. One person in the vehicle suffered injuries and was transported via ambulance to Portneuf Medical Center in Pocatello for treatment.

The accident victim’s name and condition had not been released as of Tuesday evening.

The flames gutted the vehicle and then ignited nearby brush, creating a wildfire that rapidly spread.

Emergency responders evacuated nearby residents because the fire was threatening multiple homes in the area.

The Eastern Idaho Interagency Fire Center in Idaho Falls reported at 3 p.m. Tuesday that the fire had already scorched 100 acres and was growing. The fire center said the blaze was zero percent contained at that time.

The Bannock County Sheriff’s Office reported that as of 3:40 p.m. Tuesday the wildfire had not damaged any homes or other structures.

The Bannock County Sheriff’s Office reported that the only person injured as of Tuesday afternoon is the accident victim.