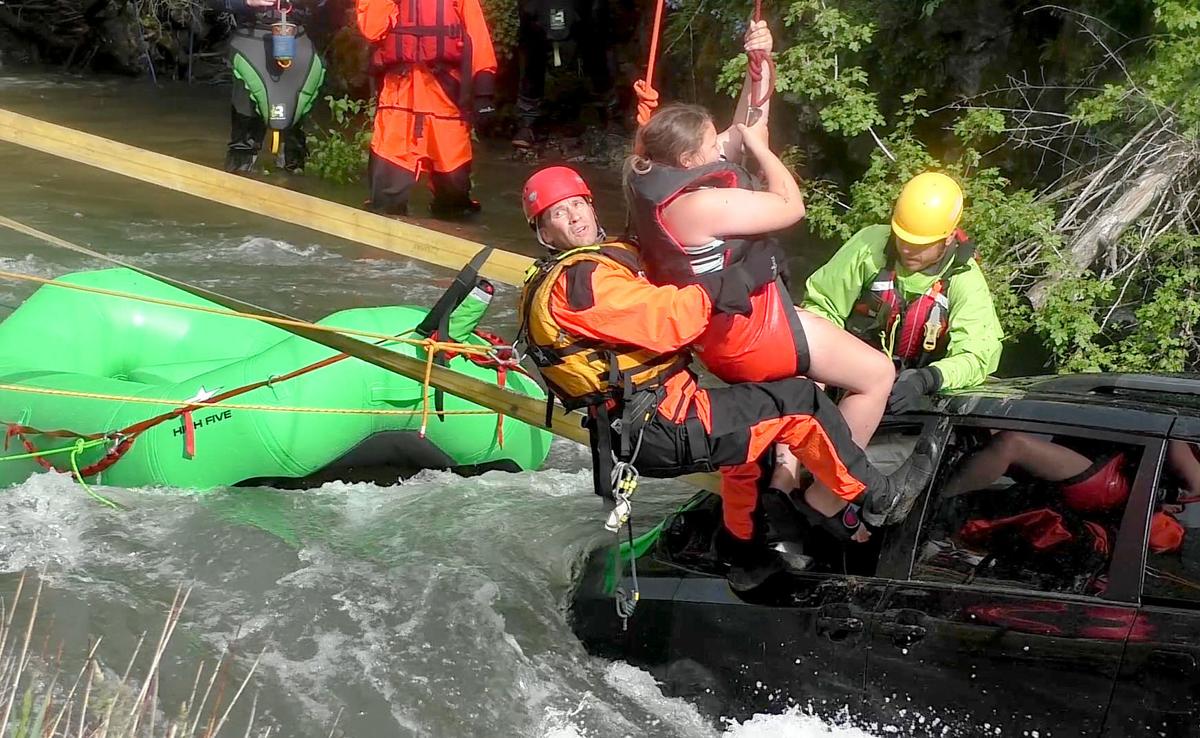 Responders rescue a woman from a vehicle stuck in the Logan River on Saturday. 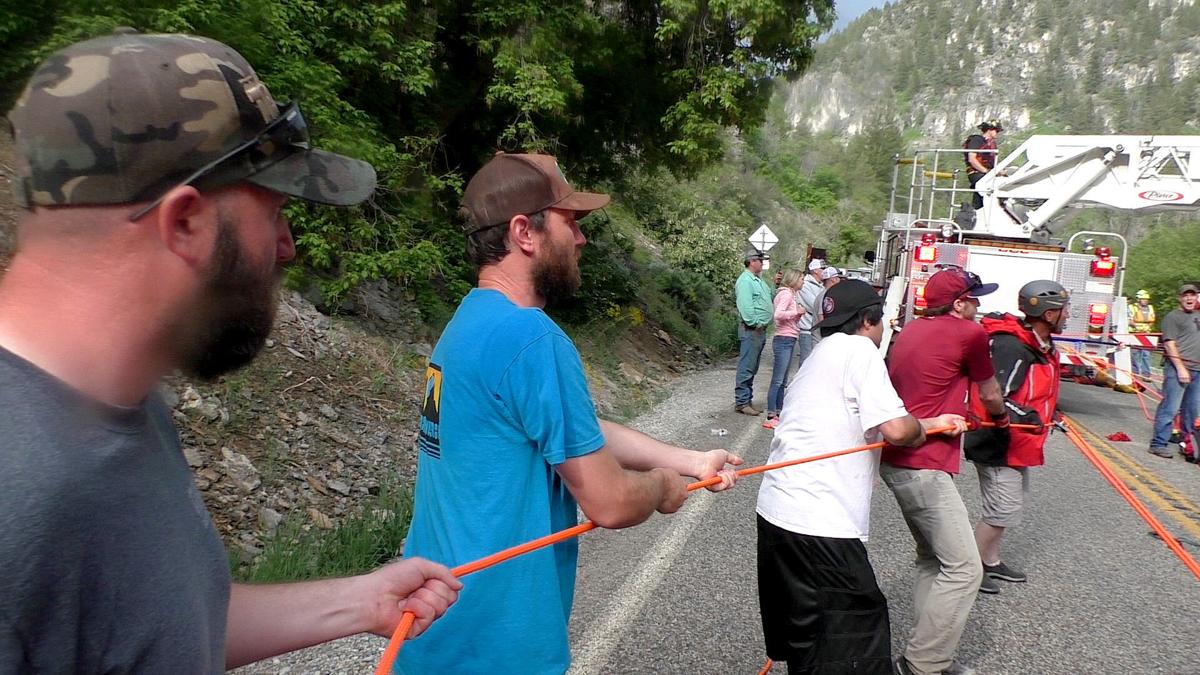 Men hold a rope as part of an operation to rescue a woman and four children from Logan River on Saturday. 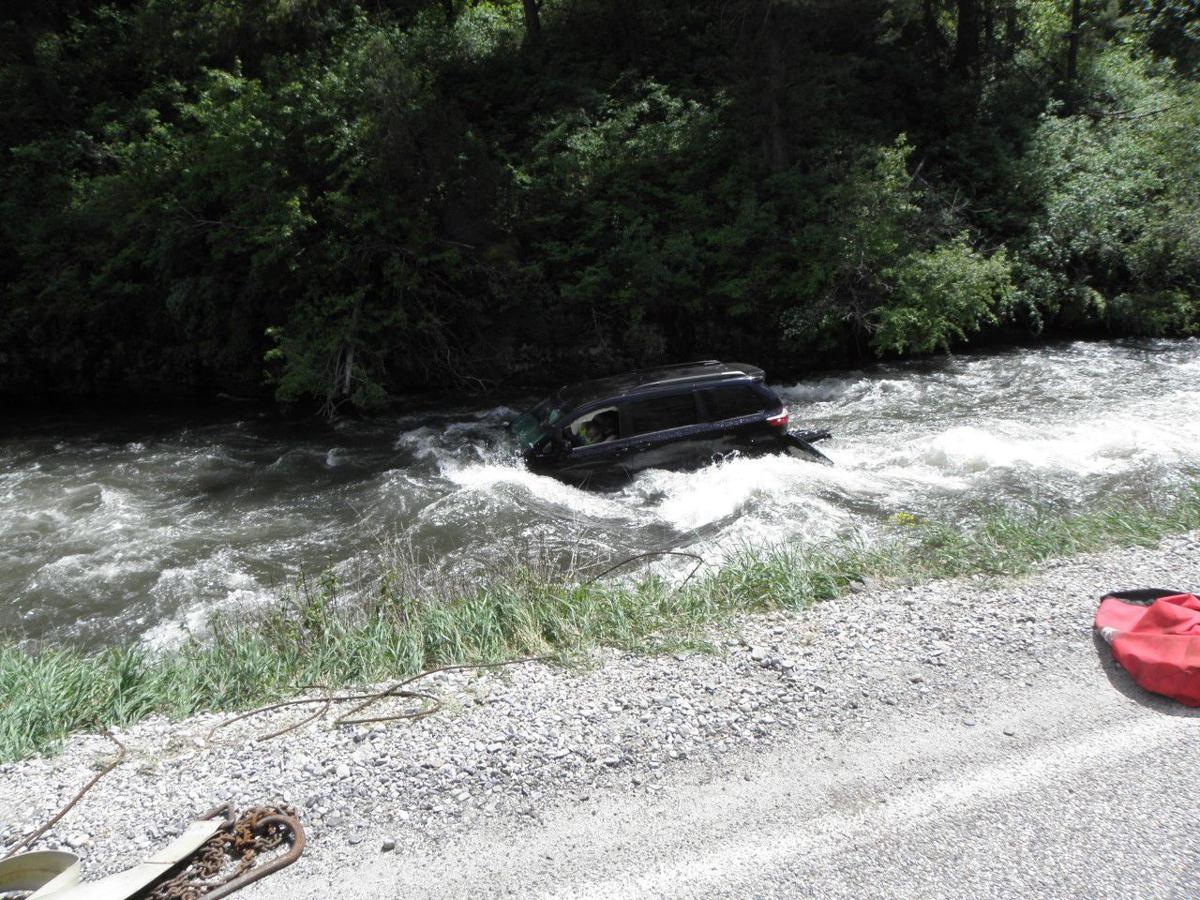 A van rests in the rapids of the Logan River after leaving the road Saturday with five people on board. 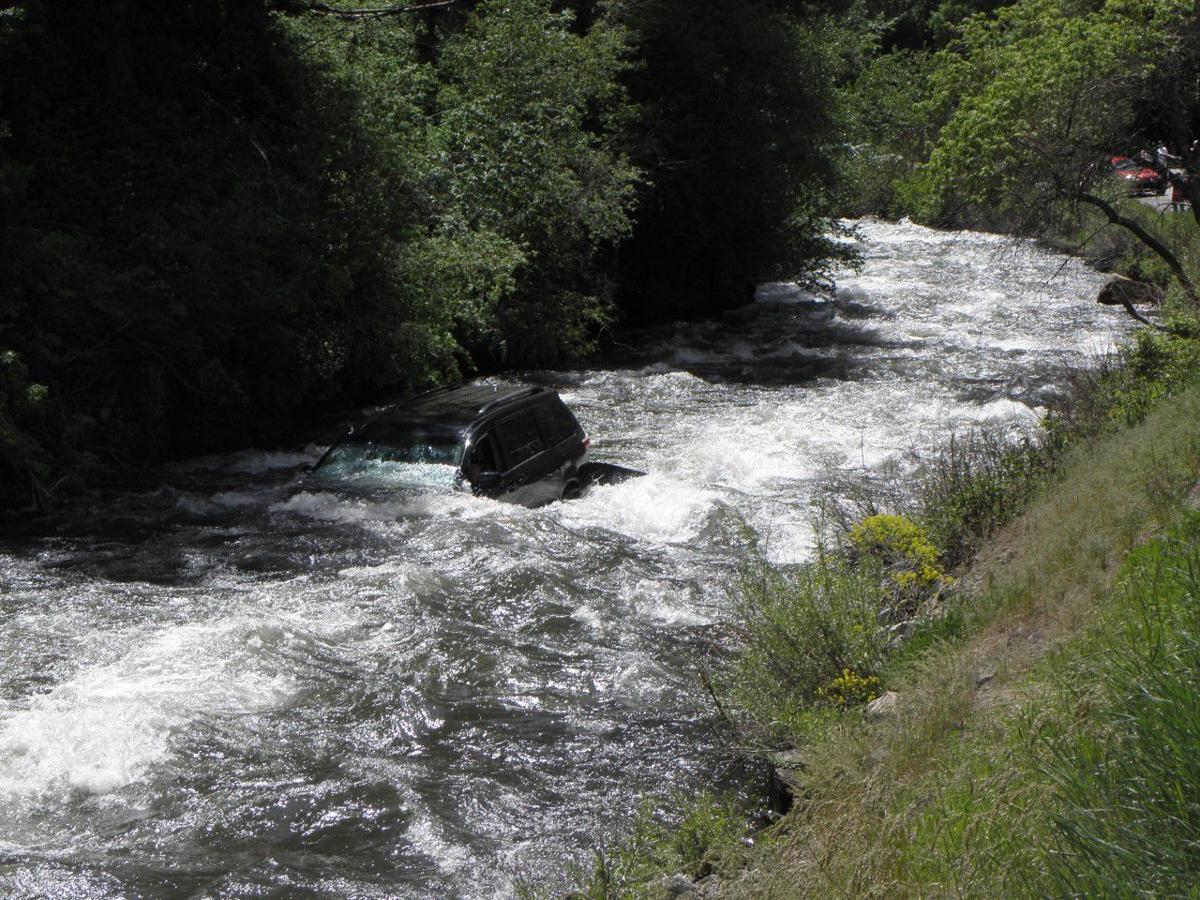 Responders rescue a woman from a vehicle stuck in the Logan River on Saturday.

Men hold a rope as part of an operation to rescue a woman and four children from Logan River on Saturday.

A van rests in the rapids of the Logan River after leaving the road Saturday with five people on board.

A mother and four children were successfully rescued on Saturday after careening into the Logan River from U.S. 89 near milepost 473.

Sgt. Cade Brenchley with the Utah Highway Patrol said the adult driver of a Toyota minivan went off the road nearly 100 yards north of Logan Cave after attempting to dislodge a water bottle from underneath the vehicle’s brake pedal. The van veered to the right, entered the river and was swept roughly 50 yards downstream before stopping. The van was found settled on a rock in the middle of the river facing upstream.

“That river was raging,” Brenchley said. “I haven’t seen it like that in a long time.”

Logan City Fire Department Battalion Chief Joshua Francis said first responders devised three plans to facilitate a rescue, but ultimately executed a “pick off operation.” The plan utilized a fire truck ladder along with several ropes attached to rescuers, victims and rafts as a precaution against the swift current. Multiple locations were in place to catch victims if they were to float downriver, Francis said.

“The hard part is,” Francis said, “you can do all the stuff you want in training but you never can really plan for a situation like what we came across.”

Several bystanders were recruited to assist in the rescue, Brenchley said, including a group of swiftwater rescue kayakers headed up Logan Canyon for a run down the river. According to Francis, the kayakers assisted by attaching ropes on the opposite side of the river where a prior attempt to secure ropes had failed.

“They did it flawlessly,” Francis said. “They maneuvered (the kayaks) just like it had a motor on the back of it — it was pretty amazing.”

Brenchley said a tow rope was attached around the A-pillars of the van to hold it in place; a 14-year-old boy in the van had to break the passenger window using several blows with a rock to attach the rope.

Luckily, with the vehicle’s windshield holding back the torrent of water, Brenchley said first responders had time to perform a safe rescue — slow and steady with no haste.

There were no fatalities or injuries to responders. Brenchley said a 12-year-old girl suffered a laceration and there was potential hypothermia for those in the vehicle due to cold river temperatures.

Both lanes of traffic in the canyon were closed for an estimated four and a half hours during the rescue.

“I’m just grateful everyone got out,” Brenchley said, and offered gratitude to the residents who helped in the rescue.