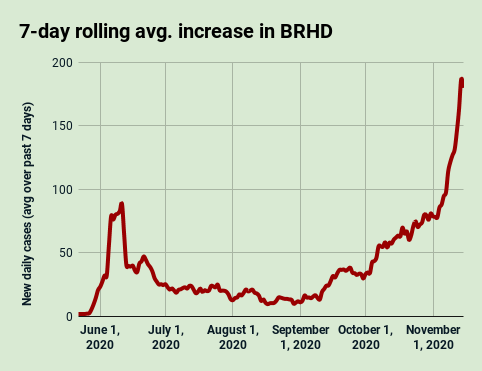 Nov. 15 and the six days prior averaged 180 newly reported COVID-19 cases a day in the Bear River Health District. 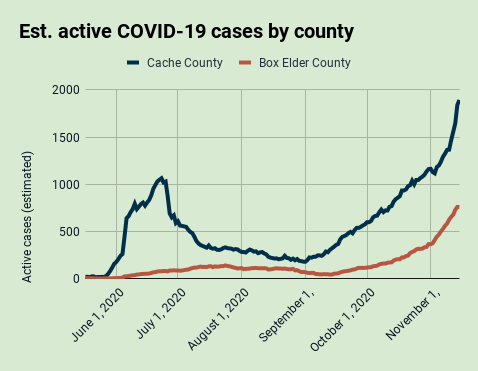 Nov. 15 and the six days prior averaged 180 newly reported COVID-19 cases a day in the Bear River Health District.

Cache County has one more death attributed to COVID-19, according to health officials.

The individual was a woman older than 85 who was a resident of a long-term care facility, the Utah Department of Health states. Sunday's reports bring the total of COVID-19 deaths among people listing permanent addresses within Cache County to 13, according to numbers released by the Bear River Health Department. Ten deaths have been reported for Box Elder County, bringing the three-county health district's total to 23.

Statewide, UDOH reported 2,667 new cases on Sunday and 484 people currently hospitalized with COVID-19. Over the past seven days, an average of 2,985 people tested positive daily, or 24% of all lab tests performed over that period.