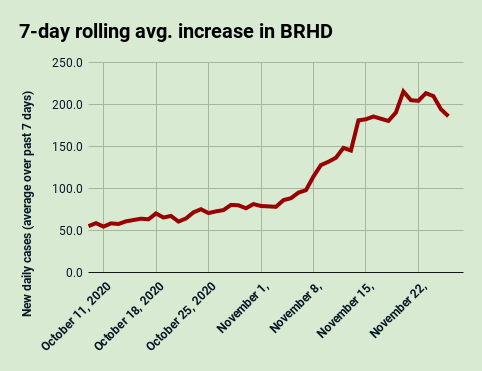 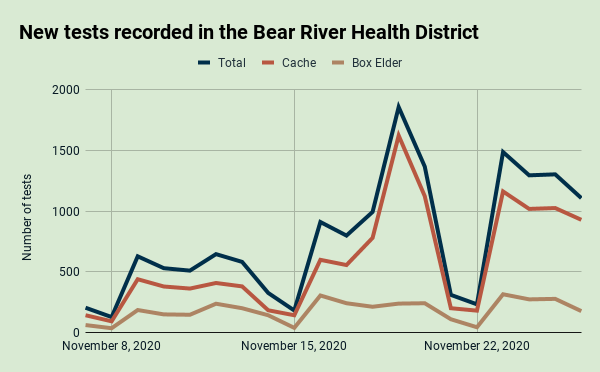 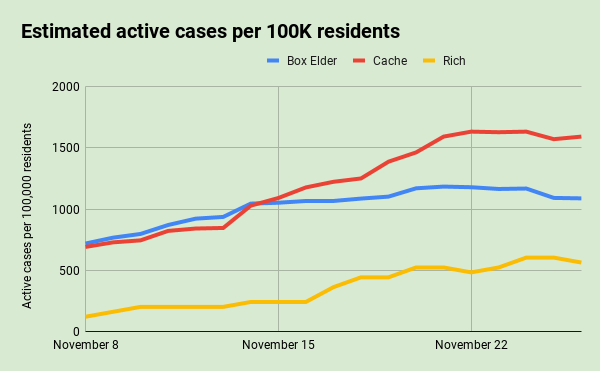 Estimated active cases went up slightly on Thursday, to 2,752, but that's down from a peak of 2,840 on Tuesday.

As November's precipitous climb in new cases appeared to begin stalling out, Gov. Gary Herbert allowed two-week restrictions on social gatherings to lapse. Health officials have singled out small gatherings not attached to official organizations as a major way the pandemic is spreading, but whether Thanksgiving gatherings will precede a rise in viral transmission similar to the one that coincided with the weeks after Halloween remains to be seen.