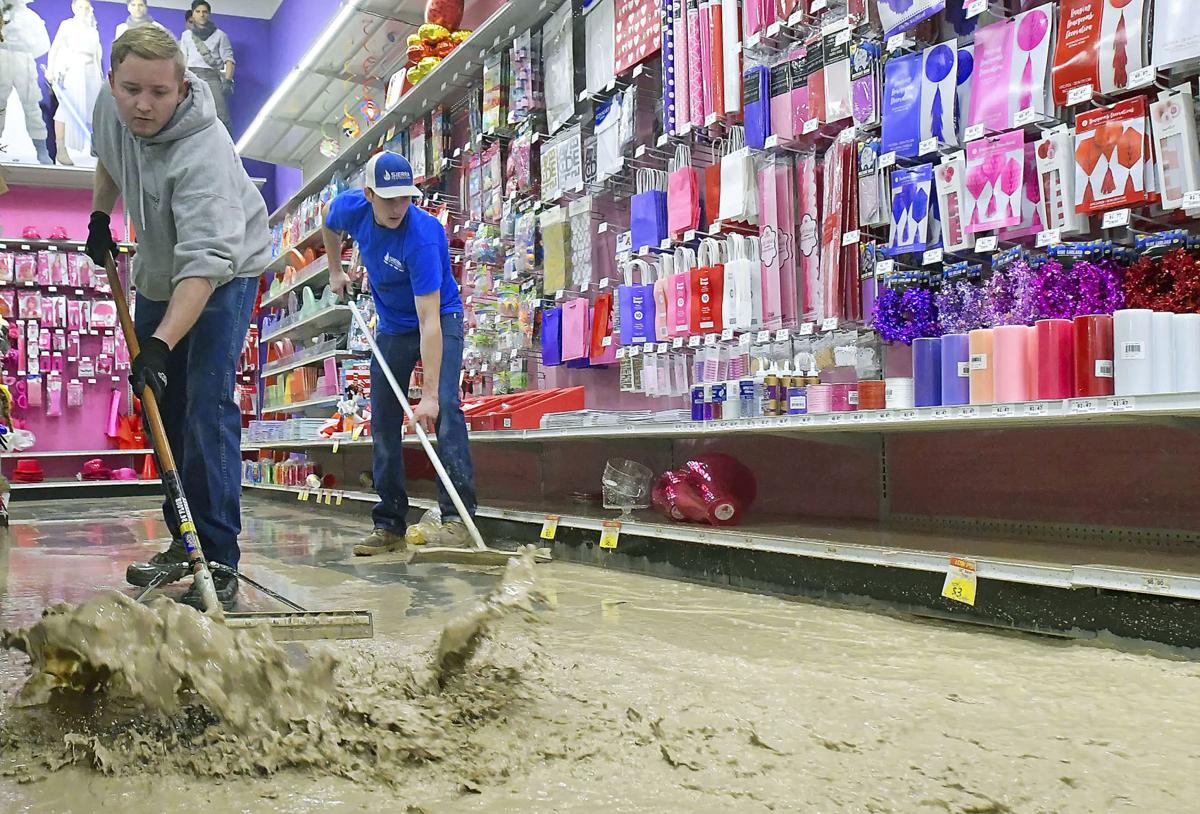 Gavin McGrath, left, and Brayden Avery, of Sierra Restoration, push water and mud out of Zurchers after a water line broke inside the store on Thursday. 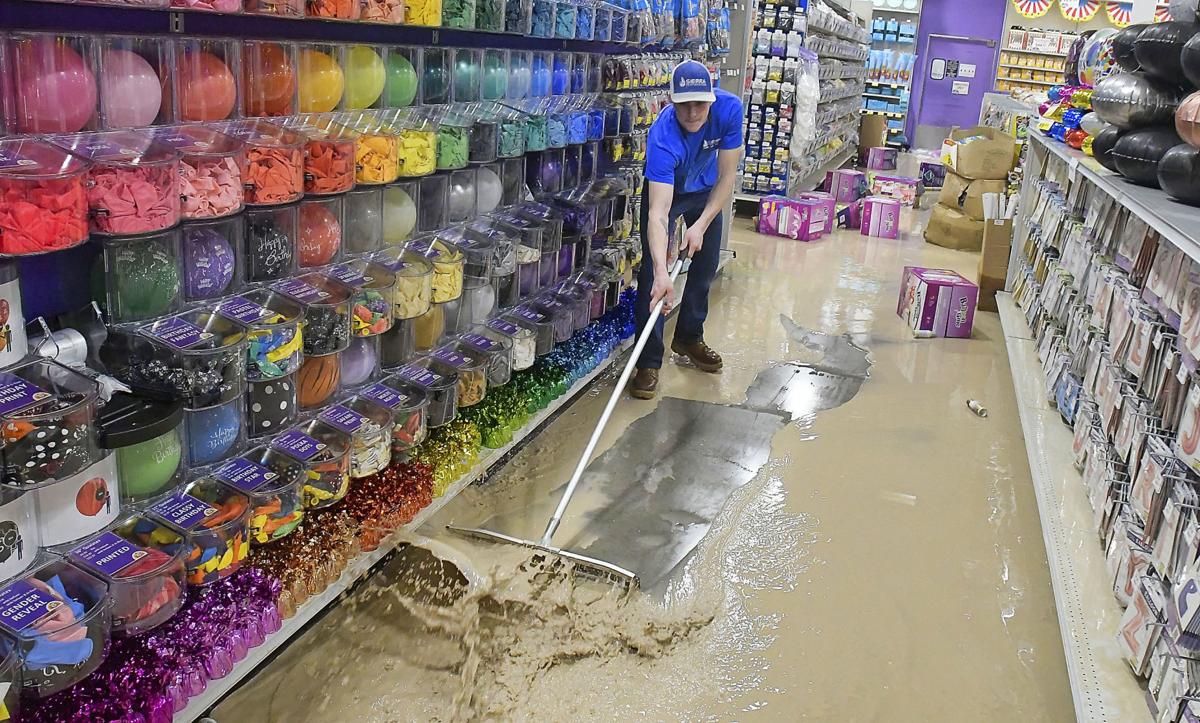 Brayden Avery, of Sierra Restoration, pushes water and mud out of Zurchers after a water line broke inside the store on Thursday.

Gavin McGrath, left, and Brayden Avery, of Sierra Restoration, push water and mud out of Zurchers after a water line broke inside the store on Thursday.

Brayden Avery, of Sierra Restoration, pushes water and mud out of Zurchers after a water line broke inside the store on Thursday.

The Zurchers party supply store in Logan will be temporarily closed due to a large flood on Thursday that damaged product and equipment.

Former store manager Jennie Owens — who just so happened to step down from her position Thursday for reasons unrelated to the flood — said a mainline burst somewhere under the store, causing muddy water to seep up through the foundation.

“It took a while to figure it out,” Owens said.

Logan Fire Marshal Craig Humphreys said firefighters responded to the call around 8:20 a.m. Humphreys confirmed the mainline was feeding the store’s water suppression system. Since the mainline broke underground and water seeped in from the floor, alarms were never triggered and the water level in the store rose undetected.

Owens said when the new store manager arrived at work, she could see 12 to 14 inches of standing water in the store.

“As soon as we opened the doors, product just flooded outside,” Owens said. “It filled half the parking lot … water and product everywhere.”

Owens said there was not yet an estimate on the amount of damage caused by the flood. However, all products housed on bottom shelves had been ruined along with the store’s cash register hardware.

“It’s gonna be quite a bit,” Owens said.

Owens said the store will be unable to open to customers for at least a week while professionals assess and address the damage done. Humphreys said he couldn’t confirm structural damage to the building, but said it was possible.

Zurchers had only been open for nine months when the COVID-19 pandemic hit, according to Owens, and many customers have expressed concern the store would close since it’s a relatively new business to the area.

“We will be reopening, we just don’t know when,” Owens said. “And we would love all the support we can get when we do reopen.”

Owens said her former assistant manager had stepped up to take her position when she resigned. Though she wasn’t technically the manager anymore, Owens said she promptly responded to the call for help.

“She called me and I just immediately came in,” Owens said. “I don’t want her to have to deal with this alone.”