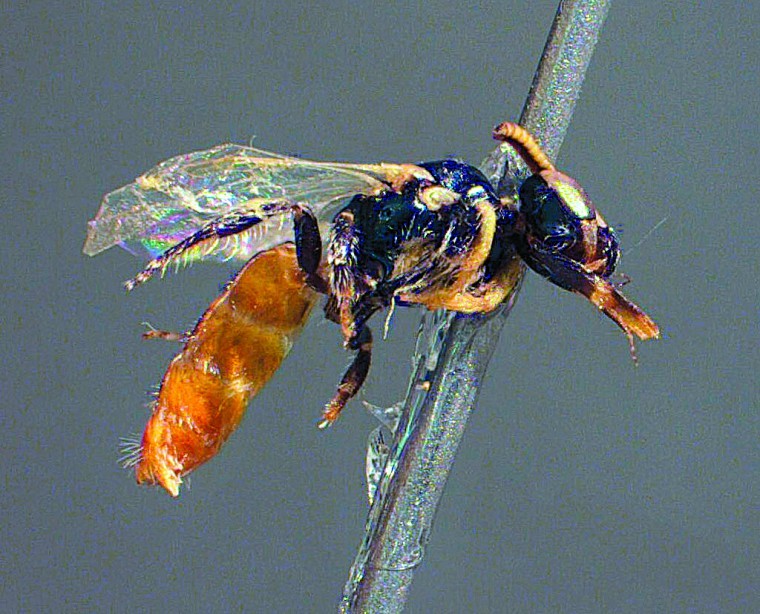 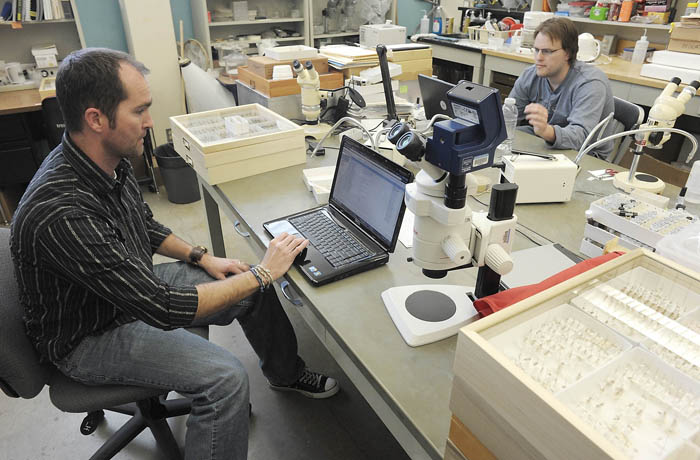 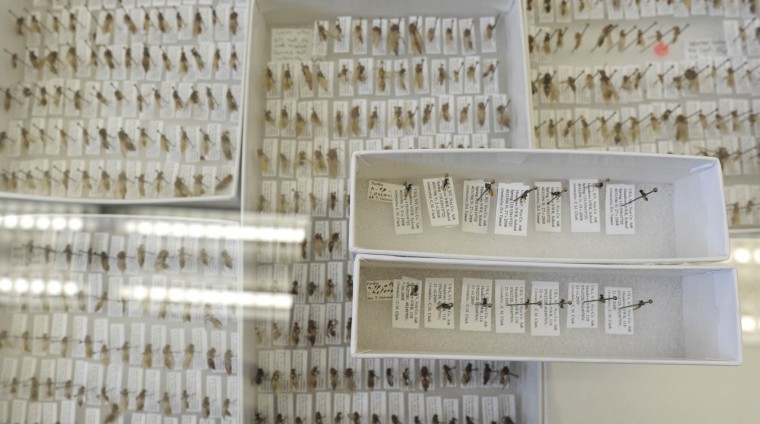 Specimens of a new species of bee sit in boxes above a case of bee specimens in a laboratory on campus at Utah State University in Logan Wednesday. (Alan Murray/Herald Journal) 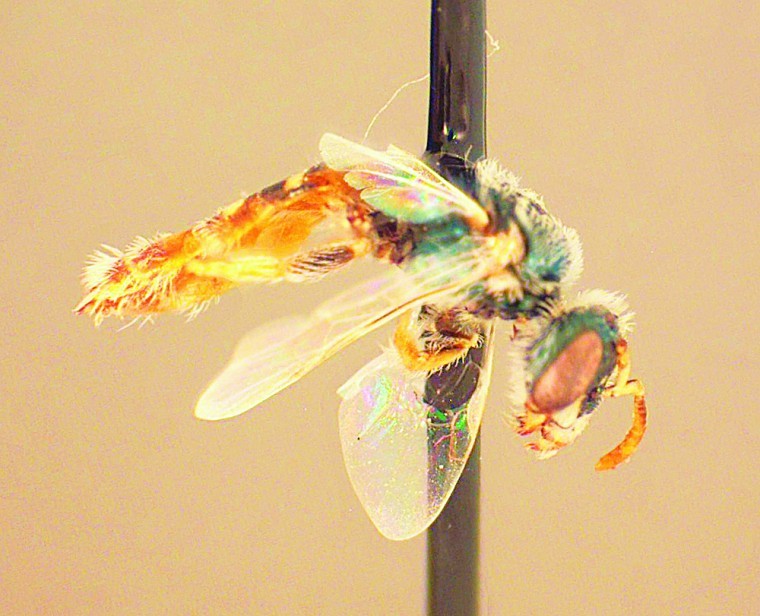 Specimens of a new species of bee sit in boxes above a case of bee specimens in a laboratory on campus at Utah State University in Logan Wednesday. (Alan Murray/Herald Journal)

While bee populations are declining around the world, Utah State University researchers have discovered two new species of the insect in the Nevada desert, an area with surprising biodiversity.

The unique bees turned up in the Ash Meadows National Wildlife Refuge, which is roughly 90 miles northwest of Las Vegas near California's Death Valley.

David Tanner, a postdoctoral fellow in biology, and graduate students Catherine Clark and Nicole Boehme collected the insects on a recent trip as part of their work looking at the relationship between pollinators and rare desert plants.

The new bee species, both distinct forms of the genus Perdita, have not yet been named, though Tanner said he hopes to be part of the process with Terry Griswold, adjunct assistant professor in USU's biology department and research entomologist with the USDA-ARS Bee Biology and Systematics Laboratory, who confirmed the team's find.

Tanner added that the stumbling on the new species was a thrill that "made him feel like a child again" - but the discovery didn't come as a complete surprise.

Desert areas like Ash Meadows National Wildlife Refuge have some of greatest biodiversity of bees in the world, a correlation that isn't fully understood but which could have something to do with the dry soil, Tanner said.

Many bees dig into the ground to create nests for their young, and wet dirt can lead to the mold growth, which kills the brood. The arid Southwest doesn't present that problem.

While the refuge is a bee boomtown, it hasn't been thoroughly surveyed for new species, Tanner said, so others may be out there.

This sort of cataloging project has some urgency because some types of bees are in danger of disappearing.

Honeybees have gotten much of the press with die-offs from Colony Collapse Disorder, but wild species are also at risk. One type of bumble bee has vanished from parts of its former habitat, puzzling scientists, Tanner said.

While no one knows why this is happening, Tanner listed climate change and the loss of habitat as possible culprits.

"It's doubtful that any other species could replace honeybees, but it would be beneficial to have alternative, supplemental pollinators," Tanner explained. "Further study is needed to determine which species could serve in this role and that's one reason why identification and conservation of all bees is important."