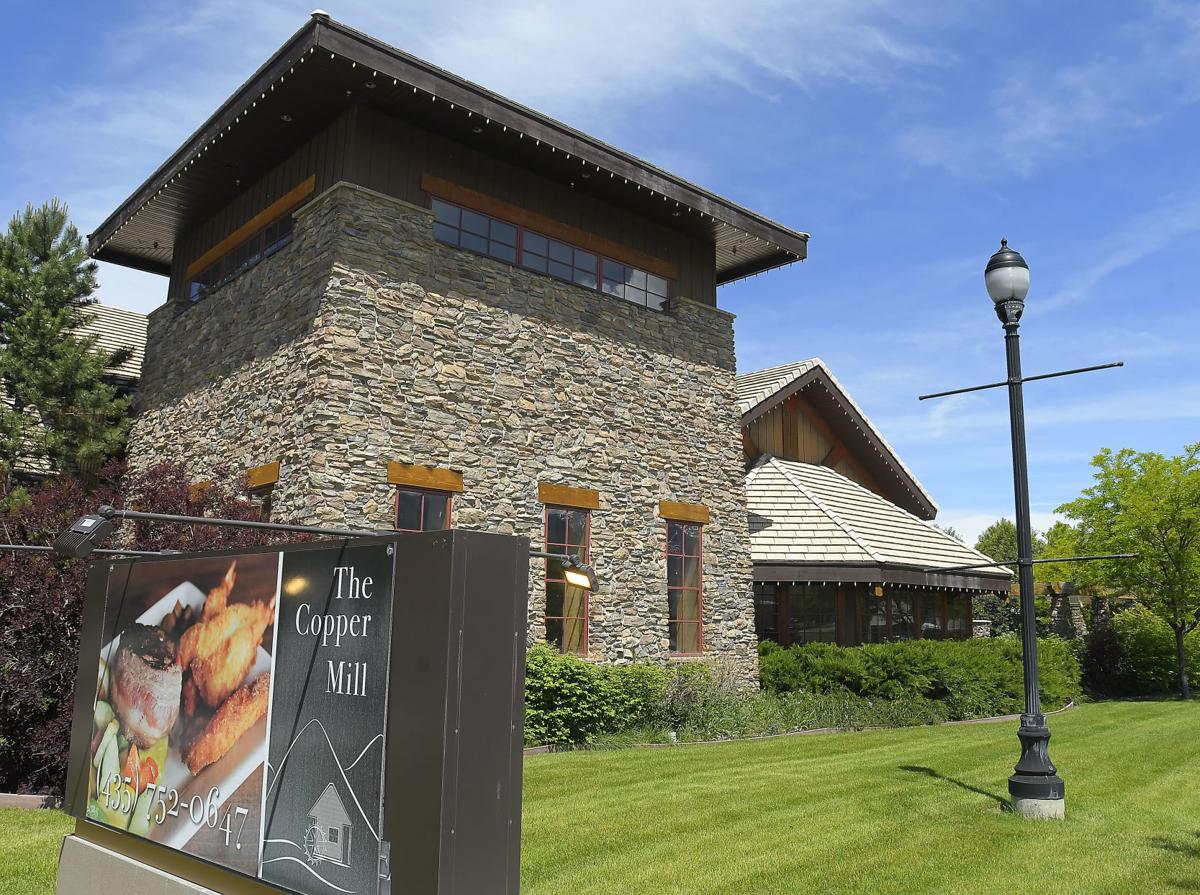 According to a sign posted on the door, the Copper Mill restaurant will be closing on June 1. 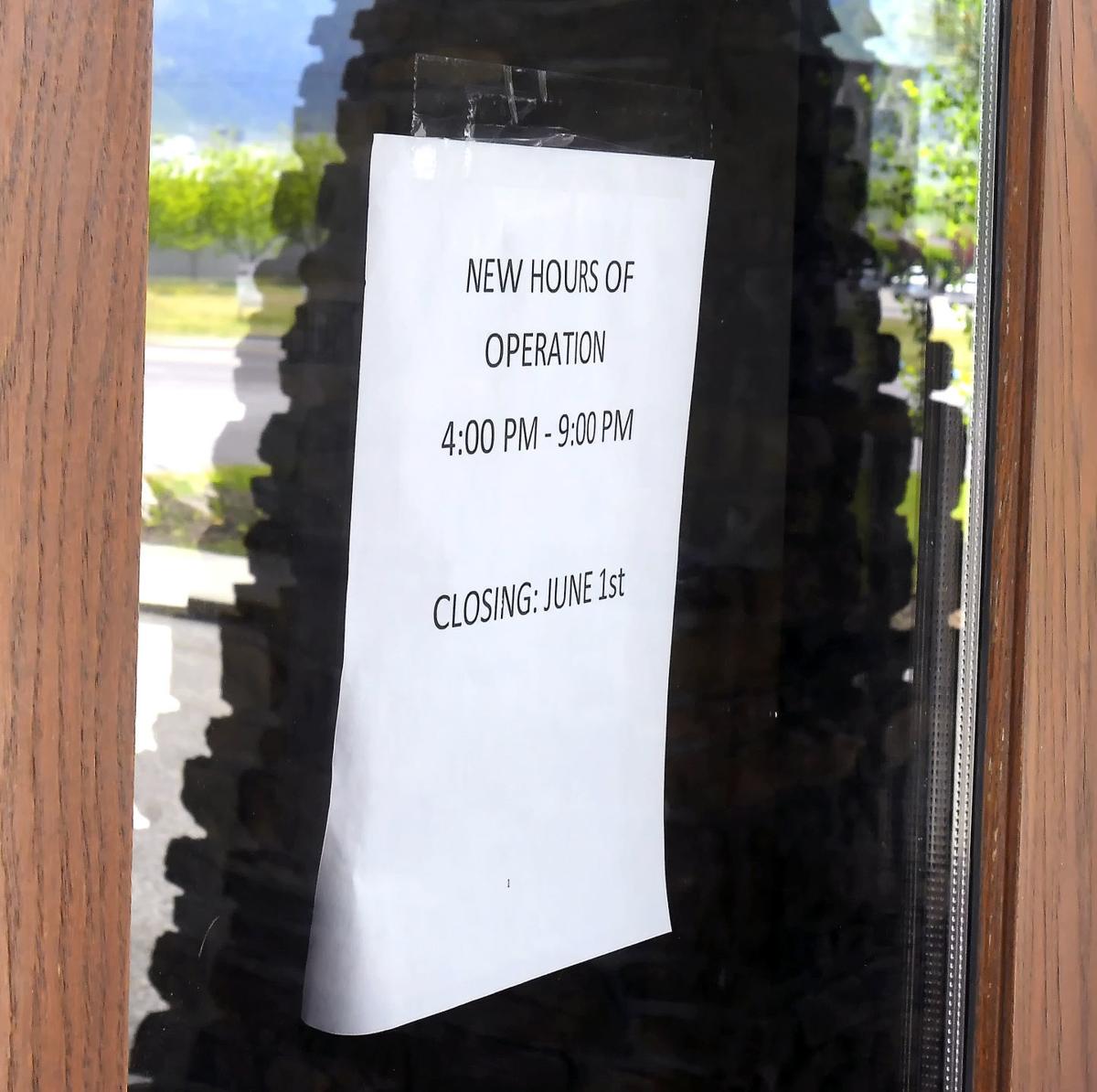 A sign is posted on the door of the Copper Mill restaurant announcing that it will be closing on June 1.

According to a sign posted on the door, the Copper Mill restaurant will be closing on June 1.

A sign is posted on the door of the Copper Mill restaurant announcing that it will be closing on June 1.

The Copper Mill shut its doors on Friday, a little more than two years after the well-known Cache Valley restaurant moved up north from the shuttered Emporium to try to revive itself.

Hana Bohman, front-of-house manager for the establishment, spoke with The Herald Journal about the news on Friday, after the announcement was made on the Copper Mill’s Facebook page and a sign that was posted on the door of the restaurant.

Wasatch Premier Hospitality, the Logan-based group that owns The Copper Mill, decided to close because the building, located at 2427 N. Main Street in North Logan, was too expensive to keep, according to Bohman.

“We’ve worked really hard to give really consistent service and produce quality food. Truly, we were trending upward and doing really well. Unfortunately, that building is just so expensive,” she said. “It would take a really long time to make money, so the company and the investors just decided to focus all of their efforts … into one restaurant.”

Bohman was referring to Elements Restaurant, which closed for the month of April to refurbish its building and remake its menu. Elements reopened at the beginning of May.

Bohman said much of the Copper Mill’s staff — which includes four people in the kitchen and 12 in house — could potentially get jobs at Elements or the Riverwoods Conference Center now that The Copper Mill has closed.

“We’re building the A-Team — the varsity team — over at Elements,” she said. “The Riverwoods Conference Center is connected to Elements and there’s always positions there.”

The Copper Mill’s closure on Friday is the third iteration of the establishment. It originally opened in the fall of 1986 on the top floor of The Emporium shopping center in downtown Logan; in 2012. A new chef tried to revive The Copper Mill with a new menu, but that failed. In 2016, any hope of having the restaurant reopen in that location was dashed when the city of Logan announced it was purchasing the Emporium and planned to place the city library in that location — a project that has so far not materialized.

The Copper Mill’s current building has had multiple incarnations, too. Ten years ago, it was known as Hamilton’s Steakhouse. In 2012, it became Montez Brothers, a “Latin kitchen” and steakhouse, but that restaurant closed after only a few months. In 2014, it was announced John Booth, president and managing partner of the Wasatch Group, had purchased the building and renamed it Logan Steakhouse.

In 2017, Booth announced the steakhouse would become the Copper Mill after hearing feedback from customers.

“Over time, we heard enough comments and said, ‘Let’s add things to the menu,’” he said in an interview at the time. “It’s been really successful and people have enjoyed those changes. This is a rebranding and a new opportunity for us.”

On the Copper Mill’s Facebook page on Friday, when the establishment wrote this was its last day in business, customers expressed sadness over the decision.

“Well there goes our plans for our yearly Senior Cousin reunion!! My out of town relatives loved the Copper Mill food and the fantastic service,” wrote Carol Carter. “Guess it’s on to the Elements this summer.”

Tracy Nielsen added, “Your buffets were excellent. Sad to see you go. Felt like a real restaurant.”

Bohman, who worked in the building the Copper Mill inhabited when it was known as Logan Steakhouse, said the menu was well-received by customers.

“The Copper Mill has kind of a … legacy,” she said. “A lot of people in Cache Valley remember the name and they love the food, and it’s been the same for so long and that’s why they like it.”