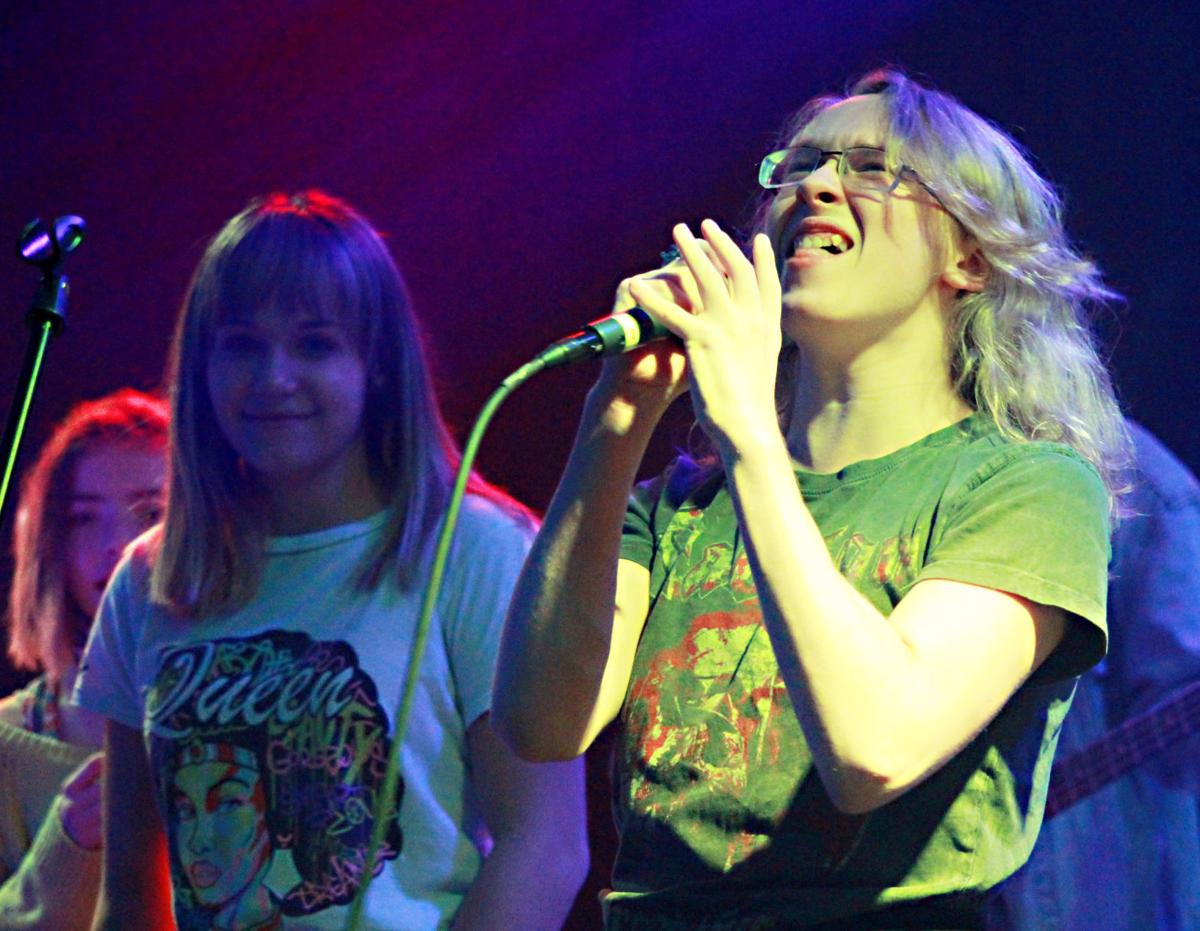 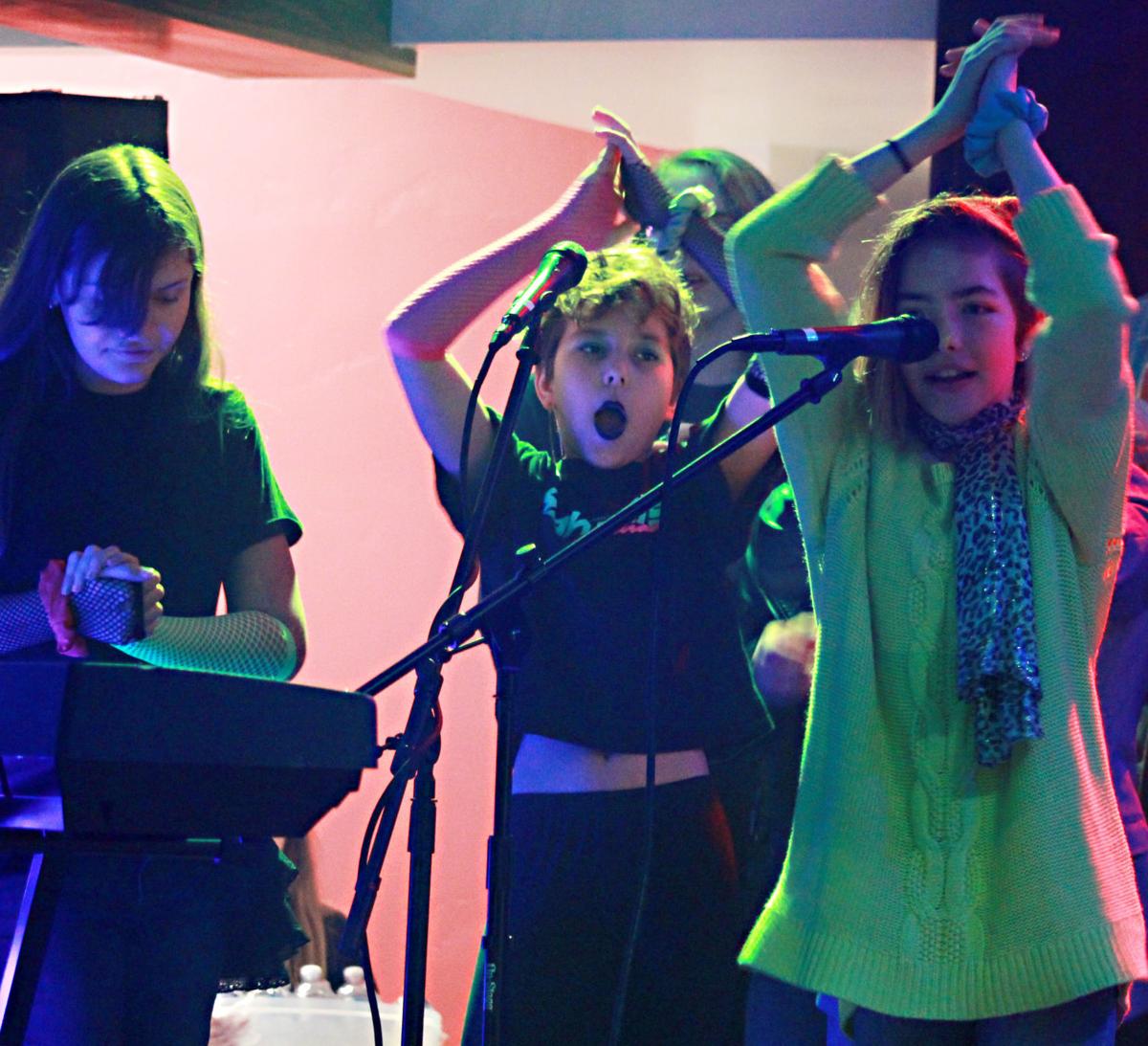 Maggie and Olive Brady sing and clap along with the Good Times School of Rock band on Saturday evening during the open house in Logan. 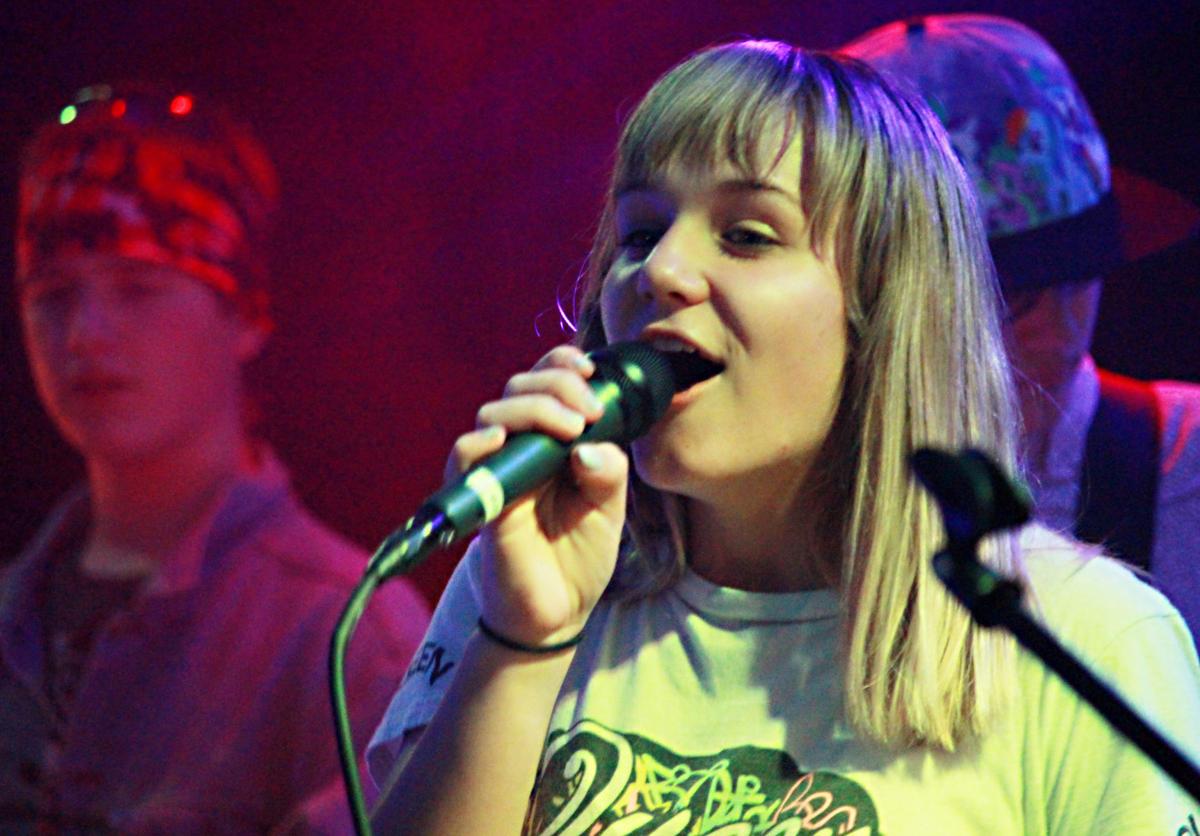 Student guitarist Riley Duke performs with the Good Times School of Rock band on Saturday evening during the open house. 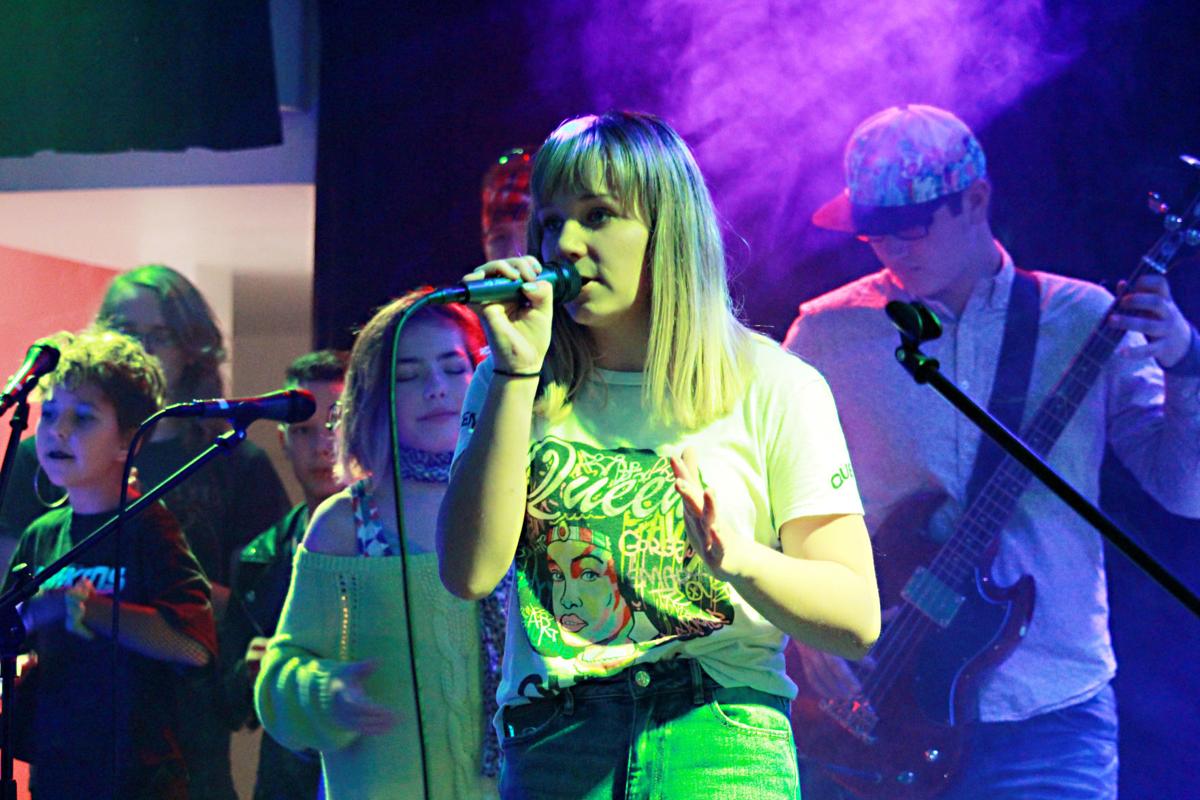 Maggie and Olive Brady sing and clap along with the Good Times School of Rock band on Saturday evening during the open house in Logan.

Student guitarist Riley Duke performs with the Good Times School of Rock band on Saturday evening during the open house.

During an eight-hour-long open house on Saturday evening, the new Good Times School of Rock kicked off its new instructional program, which has been in beta testing for over a year.

“I have been on cloud nine all day,” said Michael Thompson, the music school’s general manager. “We have had a steady crowd all day and that is just so happy.”

The house-turned-music-school on 100 East in Logan still looks like a normal family home from the exterior but stepping inside reveals a fully-equipped stage, vaulted ceilings and a lounge area. Thompson controls the stage lights with the touch of a button on his phone.

During the open house, the high-tech setup was paired with the sound of ‘80s rock as the Good Times School of Rock’s very own band, filled with the beta program students, headlined for the evening. They performed a full set that included “Hit Me With Your Best Shot” and “Eye of The Tiger.”

Mel Torrie, founder and CEO of ASI Robotics, first approached Thompson about the idea of a school of rock after his son, Adam, showed the interest and discipline to study music.

“He had the fire to put in the effort, so we said that if he is going to go, we are going to go with him,” Torrie said. “You hear too many people who hate what they do for a living, and we have always told our children to make a career out of what they love to do.”

He couldn’t find a school of rock in the area, and Torrie was willing to make the investment that would help not only his son pursue music but other kids in the valley as well. Beta programs for the school of rock began in June 2018, and this house was purchased in November 2018.

“I started my own band in high school,” said Allie Harris, a teacher at the music school and co-founder. “We played at WhySound, which was good, but what I love about this place is that it is a school first and venue second. It offers so much more than what I had back then.”

The school offers classes for students 7-18 years old and provides a range of training from beginning levels to advanced.

“Right now there is a lot of rock and I feel like there is a big need for rock,” Harris said. “But we will also do some writing and lesson-based guitar, piano, percussion and some jazz as well.”

Harris is finalizing the curriculum and the first quarter will begin on Jan. 6.

Torrie said this completes phase one of the project. Next step is to install a soda machine and finalizing the venue. Phase three is the addition of a cafe. Each phase aims to create a place for young musicians to learn skills and perform.

“We hope to be that resource, that place where students can come and express themselves,” Harris said. “If anything we want to act as a guide through their music journey.”

Adam Torrie is the percussionist in a jazz band he and his friends created, The Tomatoes, in July. He and a few bandmates have been a part of the beta program and will continue in the music school until they graduate from high school.

Adam said he is sticking with it because it will help him get into music school after graduation.

“Performing is such a huge helper to get you to where you want to go,” said Zack Wallace, the trombonist for The Tomatoes and a beta program student.

Student bands performed throughout the open house on Saturday as families and friends filled all of the empty seats.

“If I were to play jazz at home for six months, I wouldn’t get as good as I would when playing jazz for two months in public,” Wallace said. “If we get really good now by playing in public all the time, we can get into really good schools.”

Jon Starn, a teacher and co-founder, helped rile up the audience in between the performances as the evening drew to a close. He said it is special what a group of passionate students can do for a community.

“This is a rock and roll revolution in your backyard,” Starn said to the crowd.

The school provides opportunities for students to learn new instruments, form bands, write music and perform regularly. Torrie said the goal is to have classes 3-9 p.m. on weekdays with a jazz performance on Fridays and rock on Saturdays.